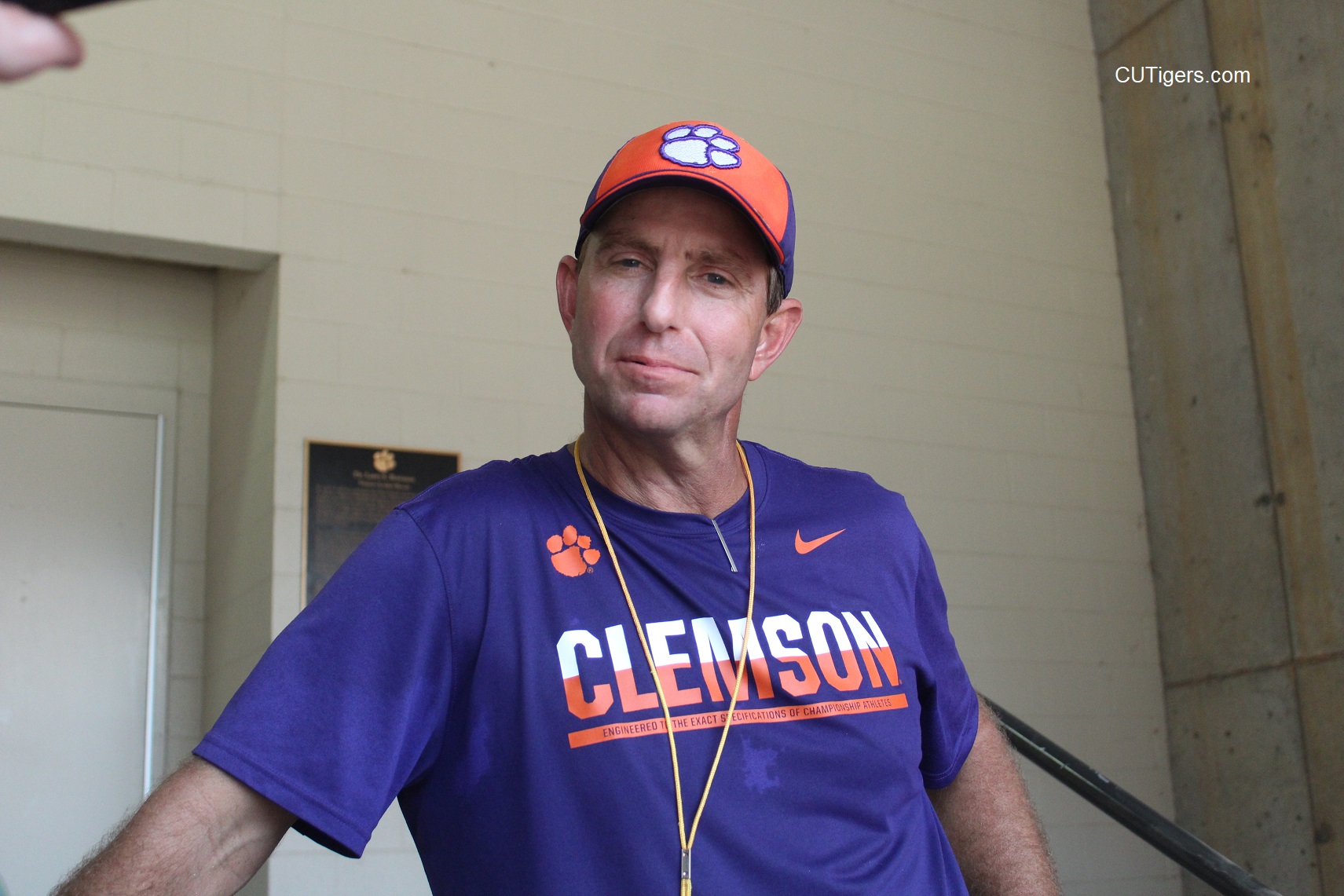 Photo by Trevor Groves CUTigers.com
CLEMSON, SC - The Tigers just wrapped up their first scrimmage of camp in Death Valley. Dabo said the first team offense and second team defense won the day. Freshman CB Fred Davis and sophomore safety Joseph Charleston had interceptions. I asked Dabo about the backup quarterbacks, and he said the quarterback play was very good across the board. He said Trevor was awesome today and scored a couple touchdowns with his legs. Dabo was asked about the freshman defensive linemen, and he said they were special, as advertised. In fact, he said Bresee was probably better than advertised if that's even possible.
There were several players out today, including Etienne, Amari Rodgers, Justin Foster, Mario Goodrich and James Skalski, for various minor issues but nothing serious. Ladson and Ngata are still out with the virus protocol, but Dabo thinks Ngata will practice on Monday. Dabo continues to rave about Cornell Powell, saying he was the best player on the field today. He had 3 touchdowns! He's played all 3 receiver positions in camp and started at the 9 spot today. Freshman EJ Williams was second-team 9 man.
Full interviews with Dabo, Venables and Elliott are below!
MORE CLEMSON FOOTBALL COVERAGE HERE