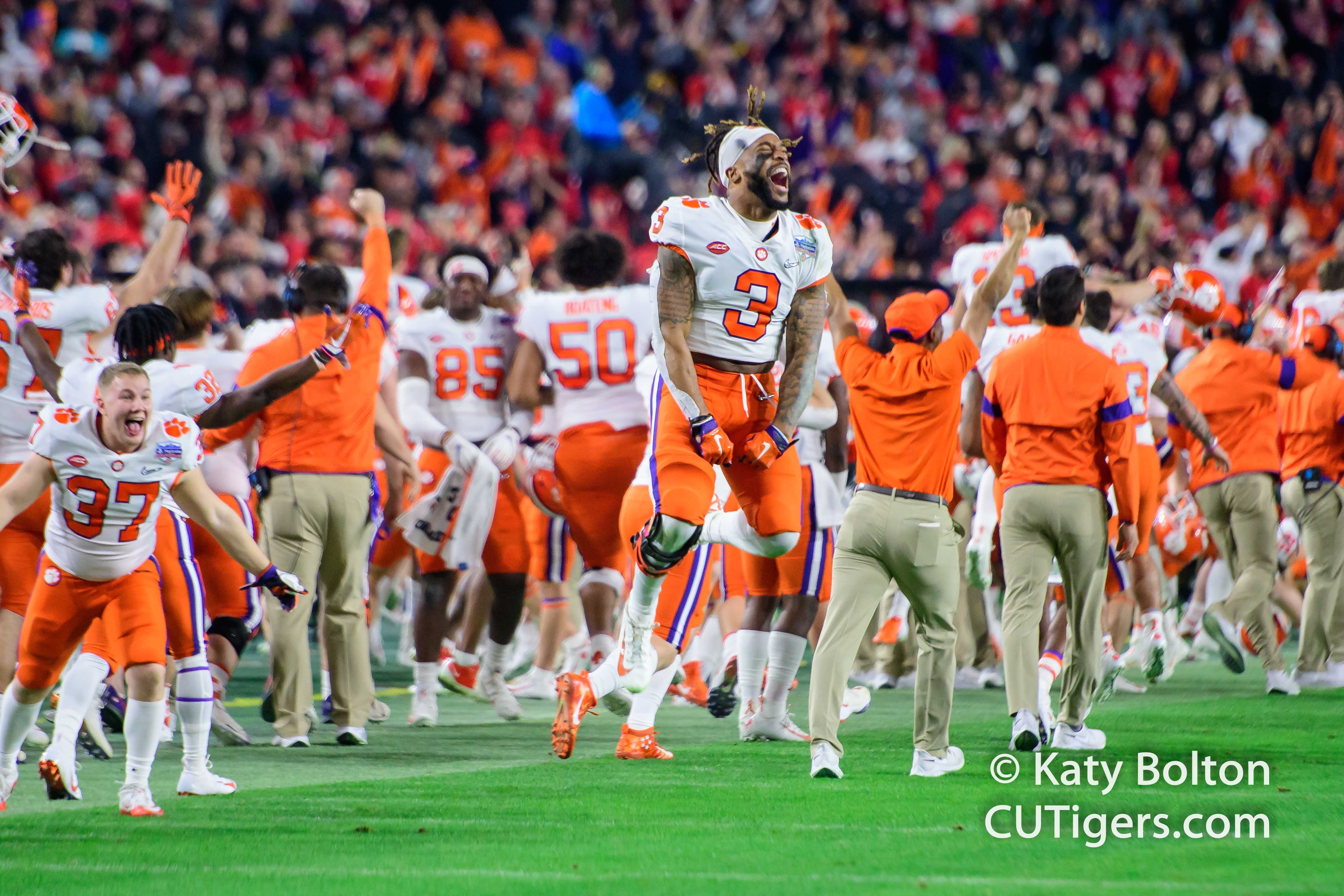 Photo by Katy Bolton CUTigers.com
CLEMSON, SC - We just wrapped up with senior starting slot receiver Amari Rodgers, who's sporting a new beard, after practice. Dabo said last week that he looks faster and stronger than he's ever seen him, and Amari told me that's how he feels. Last week after a situational scrimmage, Dabo said, "I would say the same thing about Amari that I said about Trevor Lawrence...Amari just looks like a pro. The way he carries himself, the way he practices, the way he prepares, his attentiveness in meetings, his thirst for knowledge. He's fast. He's faster than he's ever been, he's in the best shape he's ever been and just playing with some unbelievable confidence."
He discussed a wide range of topics, including young receivers EJ Williams, Ajou Ajou and Brannon Spector, who is Amari's understudy at the slot position. Dabo said that Amari played all 3 receiver positions, including a little bit of the 9-man position in camp, which is usually occupied by the tall, rangy receivers like Tee Higgins and Justyn Ross. I asked Amari what that was like, and he said that it was definitely strange but he enjoyed it. I also asked him to compare Spector with Renfrow and Tyler Grisham with Jeff Scott. Watch his responses to those questions and the full interview below!
MORE CLEMSON FOOTBALL COVERAGE HERE