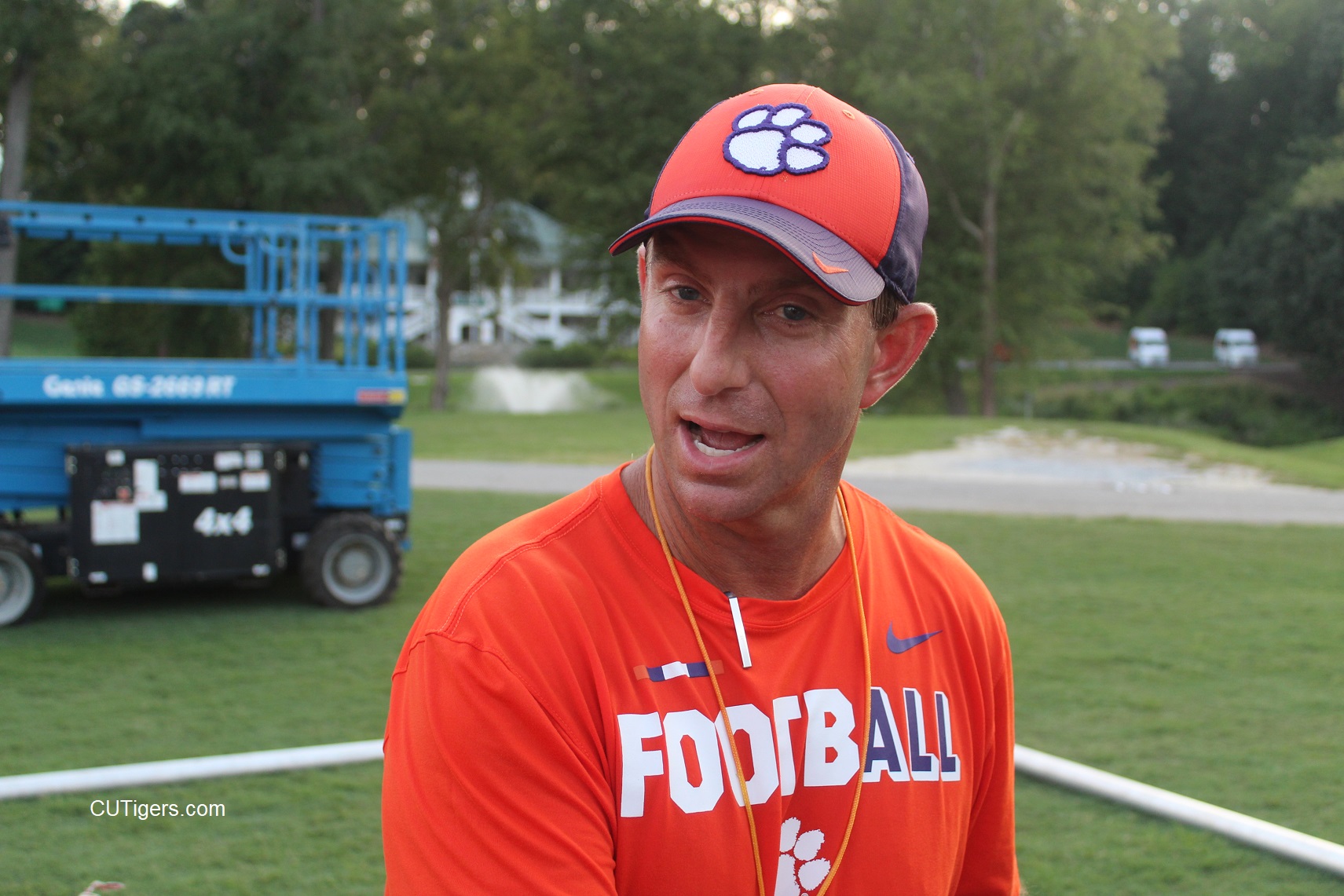 CLEMSON, SC - The Tigers had their final scrimmage today in Death Valley, and we just wrapped up with Dabo. I asked him whether he anticipates playing Xavier Thomas in more than 4 games now due to the new eligibility rule, and Dabo said he absolutely does. XT will play whenever he is physically ready, which should be sometime in October I'd imagine. The rule will also have many ramifications for roster management, recruiting numbers, etc. that the coaches will have to sort out, and it could affect which freshmen they decide to red shirt this season. It will be interesting to see if any players stay for a 6th year! A guy like Brannon Spector, for example, who red shirted last season, could play all of this season and 4 additional seasons for 5 total. Amari Rodgers could even play a 5th year next year, although I doubt he will. Dabo joked that Trevor Lawrence could have 3 more seasons including 2020, but I think we all know he will be in the 2021 NFL Draft any way you slice it.
Dabo said that TE Luke Price was injured today after making a spectacular catch. He doesn't know the extent of the injury yet. I asked Dabo about Frank Ladson and Joseph Ngata, who were back in action today, and he said they looked great. He also told me that Cornell Powell continues to shine even with those guys back on the field, and Brannon Spector made another great play today. Freshman WR Ajou Ajou was also back after tweaking his hamstring a couple weeks ago, and he is one of the guys that really stood out to Dabo in camp. Finally, Lyn-J Dixon was still out today with a minor injury, but Chez Mellusi was back from a minor shoulder injury.
The full interview is below!
MORE CLEMSON FOOTBALL COVERAGE HERE