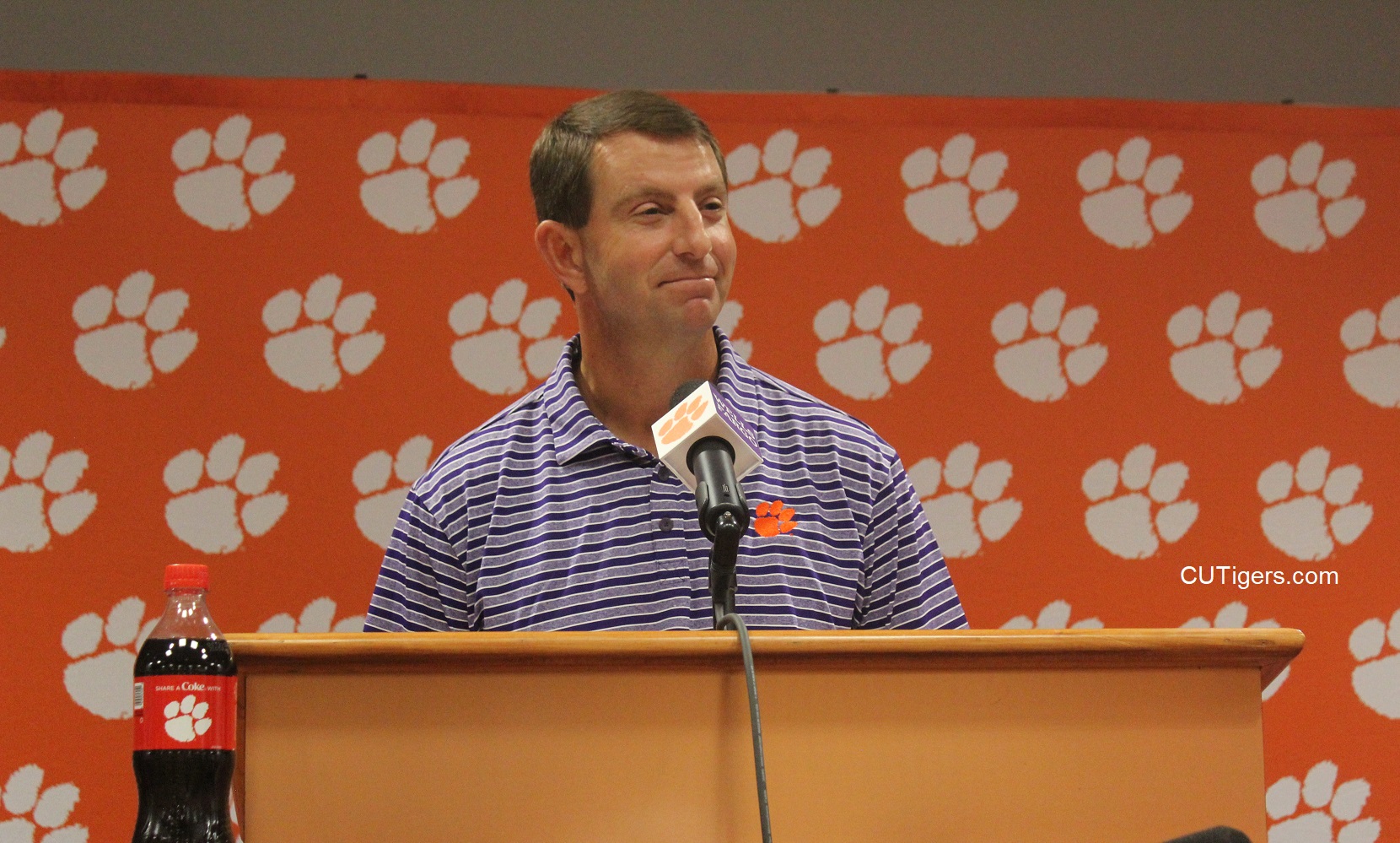 Photo by Trevor Groves CUTigers.com
Dabo told me Tyler Davis has a sprained MCL according to Sunday's MRI, so he should be back in a few weeks. Great news for the Tigers! It's a similar injury to that suffered by Lyn-J Dixon a few weeks ago in camp. Backup DT Ruke Orhorhoro also had an MRI on Sunday, but his status is still to be determined. He will have to undergo arthroscopic surgery on his meniscus, and depending on how much damage there is, he might be back sooner or later. Finally, Dabo confirmed to me that the Tigers will run down The Hill on Saturday. There was speculation about whether The Most Exciting 25 Seconds in College Football would occur this season due to COVID precautions. The Tiger Band will be on The Hill this season as well. I'll have the full video posted shortly, followed by player interviews, including our first with freshman phenom Bryan Bresee. Later this afternoon, I'll have video, photos and info for you from Death Valley about game day policies this season, so stay tuned!
MORE CLEMSON FOOTBALL COVERAGE HERE