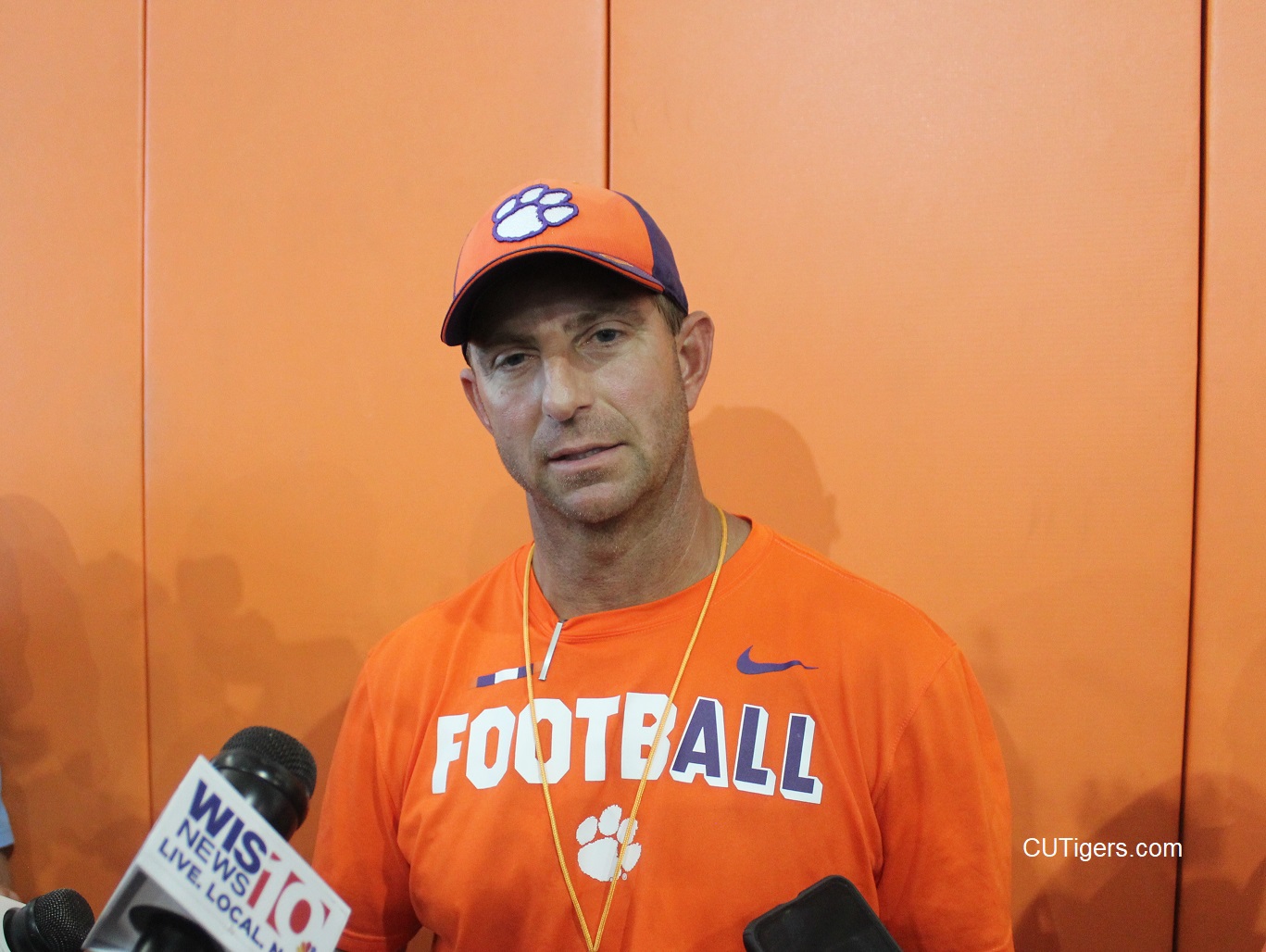 We met with Dabo virtually after practice on Wednesday to discuss Saturday's game against UVA one last time prior to kickoff. Dabo opened by wishing a Happy 70th Birthday to his former position coach and longtime mentor & friend, Woody McCorvey, who Dabo introduced at his virtual induction into the Alabama Sports Hall of Fame a couple months ago. For those who don't know, McCorvey has been a key advisor to Dabo since he became Head Coach. He also coached at Clemson on Danny Ford's staff and was instrumental in the inception of the Tigers' tombstone tradition. He has worked for 4 national champion head coaches in Stallings, Ford, Fulmer and Swinney.
The full interview is below!
MORE CLEMSON FOOTBALL COVERAGE HERE