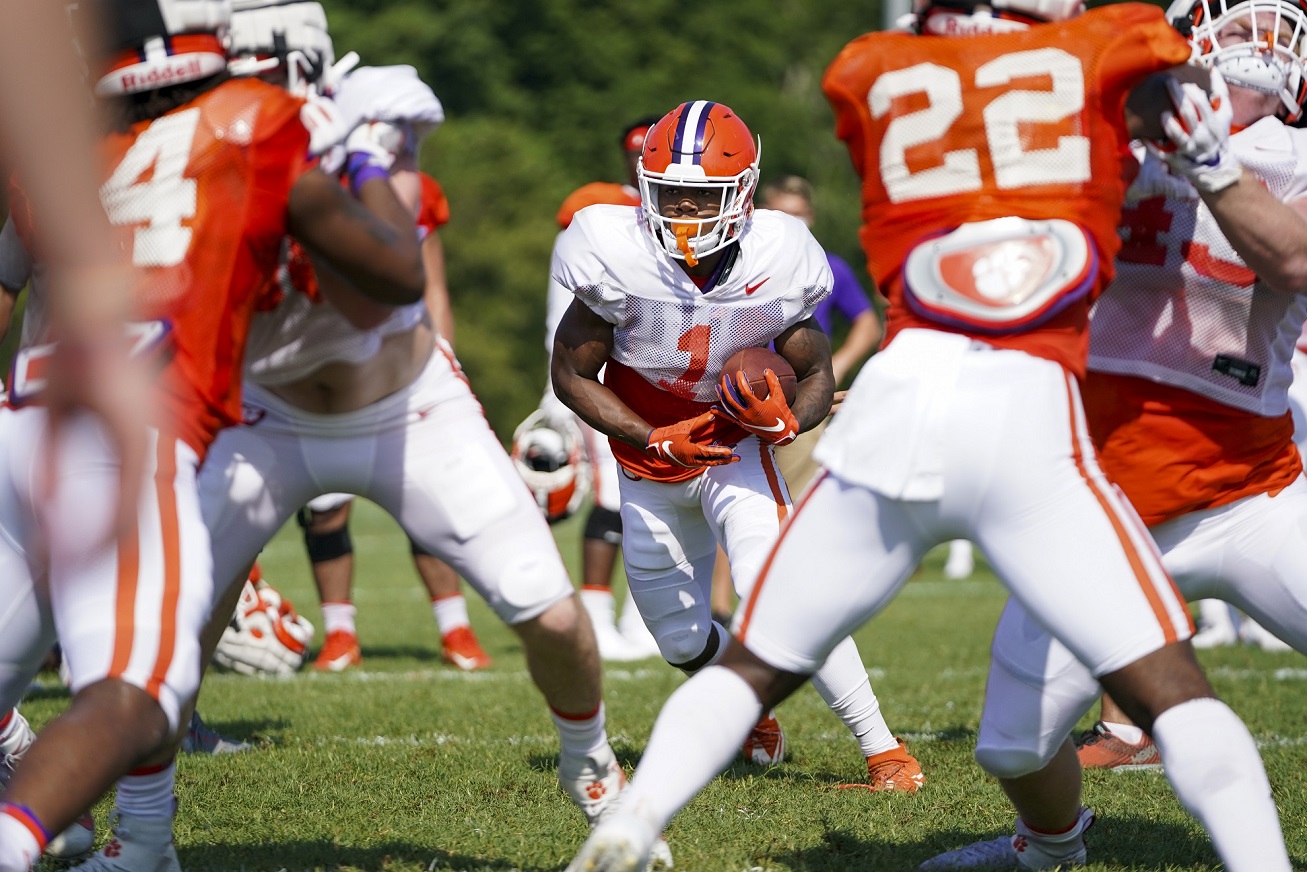 CLEMSON, SC - After just two games into his promising career, freshman RB Demarkcus Bowman's name appeared in the transfer portal on Thursday afternoon. The talented freshman was compared to CJ Spiller by Dabo and figured to be one of the featured backs next season. We haven't spoken with Demarkcus, so I can only surmise that he's unhappy with the competition in the running back room, where the Tigers are 7 deep. He saw significant playing time in the opener with Dixon, Mellusi and Dukes out, but he only had 3 carries for 10 yards against The Citadel. Or who knows, he could just be homesick for Florida. It's a little strange, though, that he wouldn't just play out the season and see what happens since it doesn't count toward his eligibility anyway. It's too bad this didn't come out yesterday because I could have asked Dabo about it during our interview. Remember, just because he's in the portal doesn't mean he can't stay. We'll see if he plays at all from here on out. It's been reported that his financial aid at Clemson has been canceled, which does not bode well for him staying on the team, but I haven't confirmed that at this time. Stay tuned for updates!
MORE CLEMSON FOOTBALL COVERAGE HERE