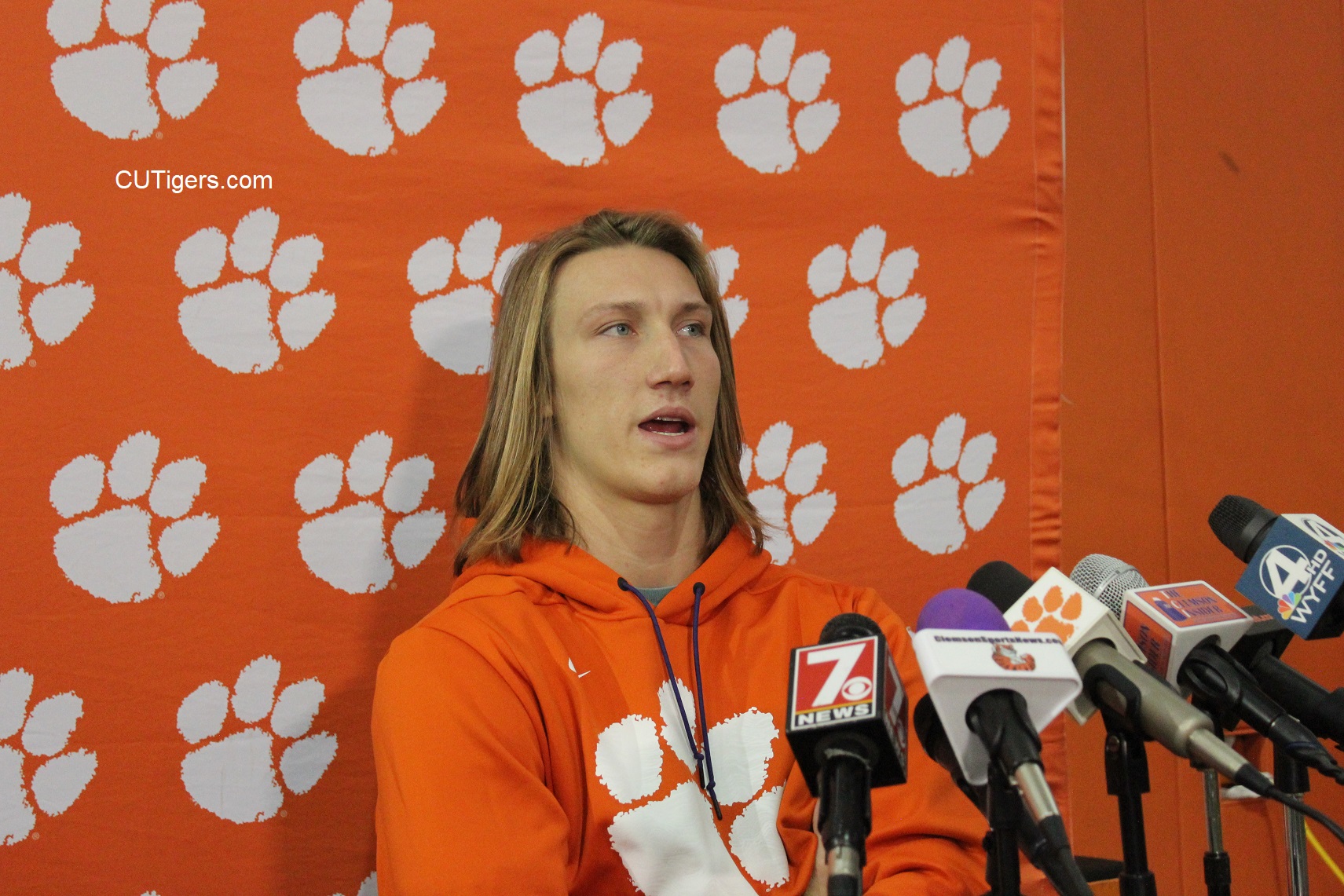 Dabo just announced during his Tuesday press conference that after seeing Skalski's MRI Monday night, starting middle linebacker James Skalski will have to undergo arthroscopic surgery on his groin and will miss at least the next few games. Skalski, of course, missed the Syracuse game on Saturday, and Jake Venables played well in his stead. Skalski was probably the biggest leader on the Tigers' defense, however, and essentially a quarterback on the field for Brent Venables, so his presence will be missed--especially when the Tigers travel to South Bend to play No.4 Notre Dame.
As for the other defenders who were out on Saturday--Davis, DK and Jordan Williams--Dabo is hopeful they will all be back against BC this week. Click the link below, and stay tuned for more updates! Our Tuesday interviews with Trevor Lawrence, Bryan Bresee and Will Spiers are below. ESPN has made a big deal about what Trevor Lawrence said about his future, but it's nothing more than fake news. Trevor said nothing different than he's said all along--that he is leaning toward the NFL but anything could happen to change his mind, and he's trying not to think about it right now. It's a total non-story, but ESPN has made it into a big lead. In my opinion, just as before, it is 99% likely that Trevor will go pro after this season. Perhaps you could drop that to 90% if the Tigers don't win the national title. If Trevor weren't the unique person he is, it would be 100% in either case because he is the biggest lock for No.1 since probably John Elway in 1984! Anyway, you can listen to what he said for yourself below.
MORE CLEMSON FOOTBALL COVERAGE HERE
MORE CLEMSON FOOTBALL COVERAGE HERE