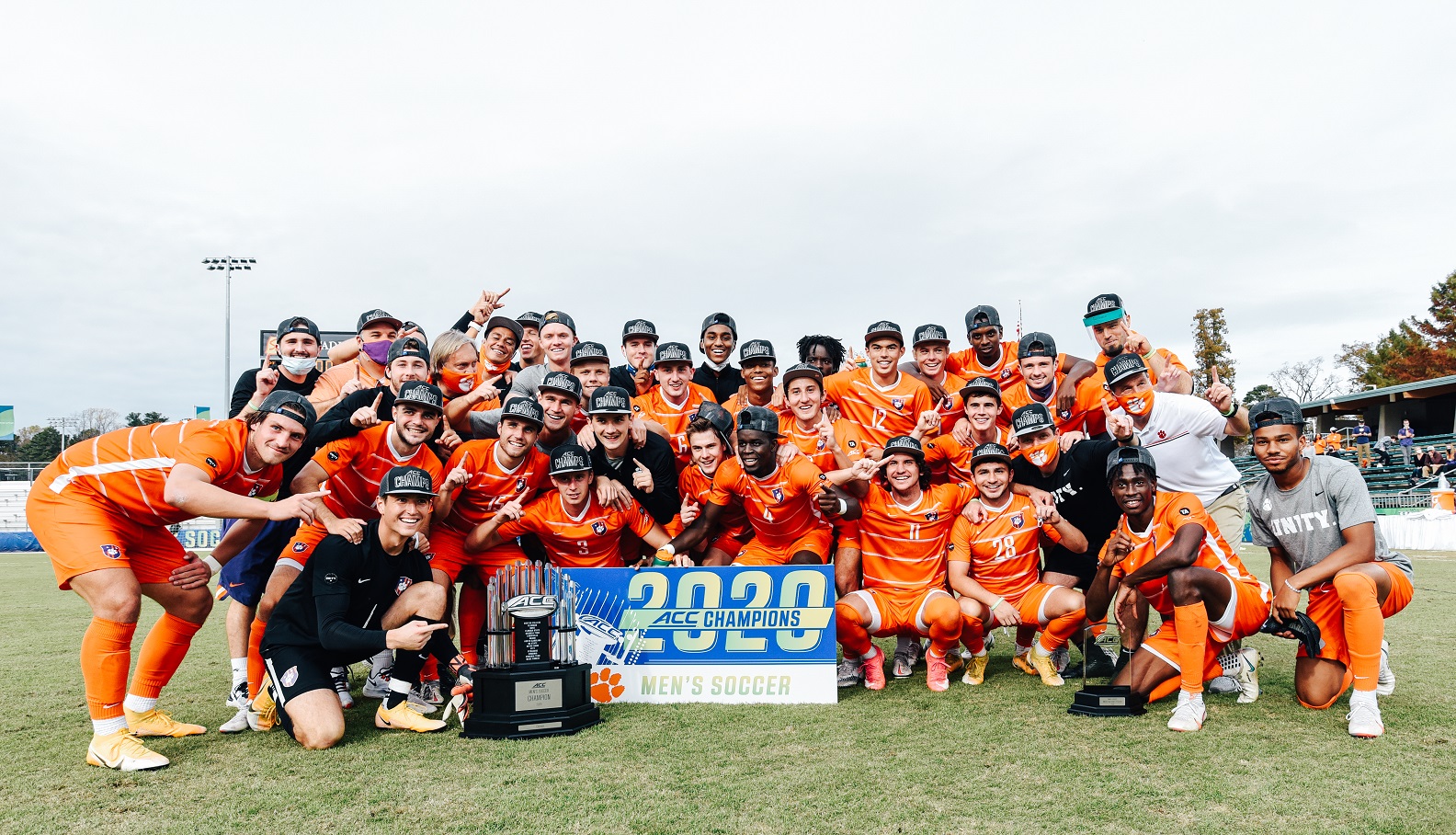 Photo by Trevor Groves CUTigers.com
Tigers hand Pitt its only loss of the season, 2-1, for their 4th ACC Tournament Title, 2nd for Mike Noonan, and 15th ACC Title! It's their first since 2014. Mohamed Seye put the Tigers on the board first with a one-time shot off a nice pass inside the box by Callum Johnson. The sophomore Seye also scored the only goal in a 1-0 win over Pitt in the ACC Tourney last year. The Tiers shut out Pitt's two prolific goal scorers in the first half, limiting the Panthers to just 3 shots, the fewest they've had in any half this season. It was also the first time Pitt was shut out in the first half this season. 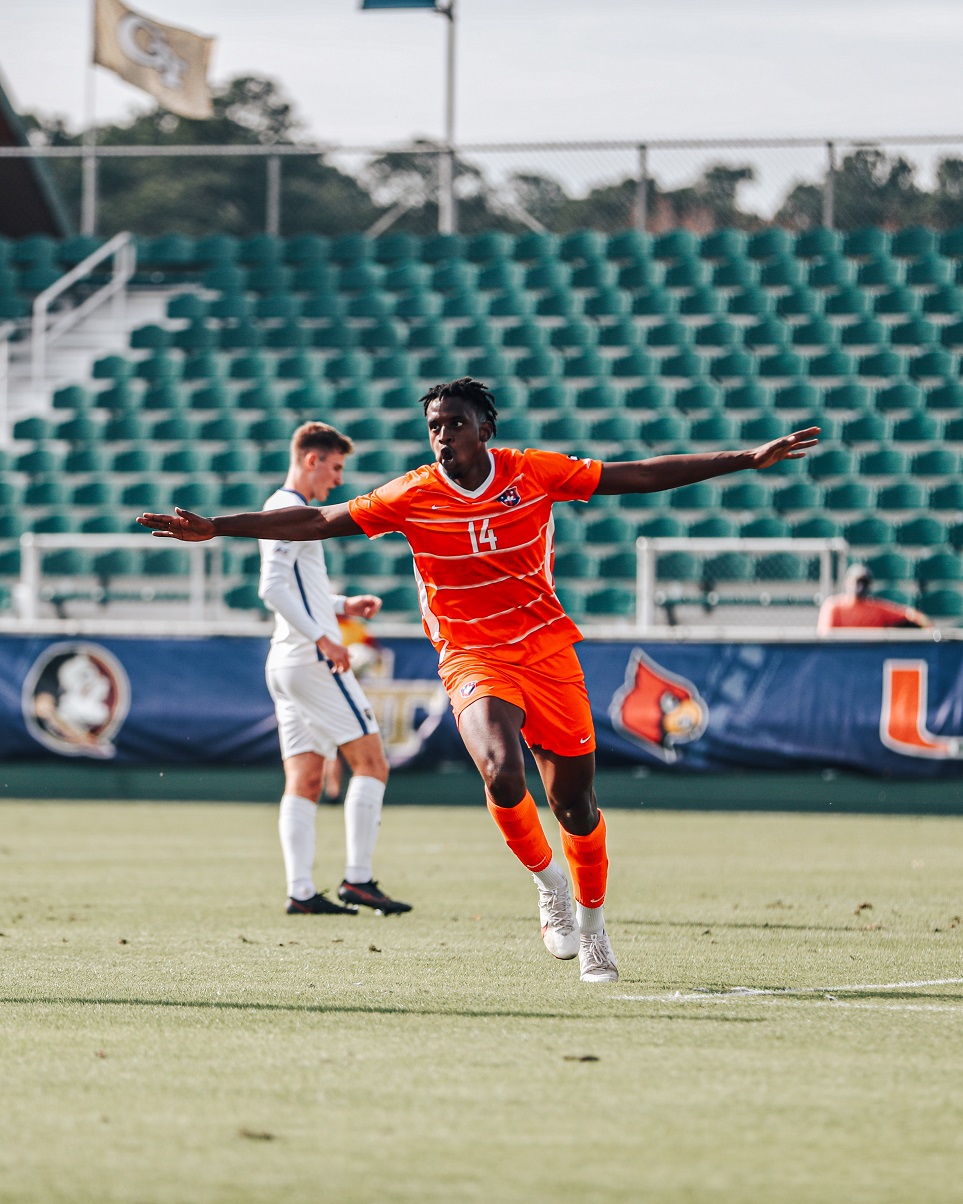 Pitt tied the game just a minute into the second half, and it may have felt like deja vu to Noonan and the Tigers because they had a 1-0 lead on UVA at halftime in the ACC Championship last year before the Hoos scored 3 goals in the second half to win 3-1. This time, however, the Tigers flipped the script. Captain James Brighton's header off of a beautiful cross from Grayson Barber put the Tigers up for good. They are working on continuing ACC play in the spring with the members that were not able to play in the fall, and I'll have more on that when information becomes available. 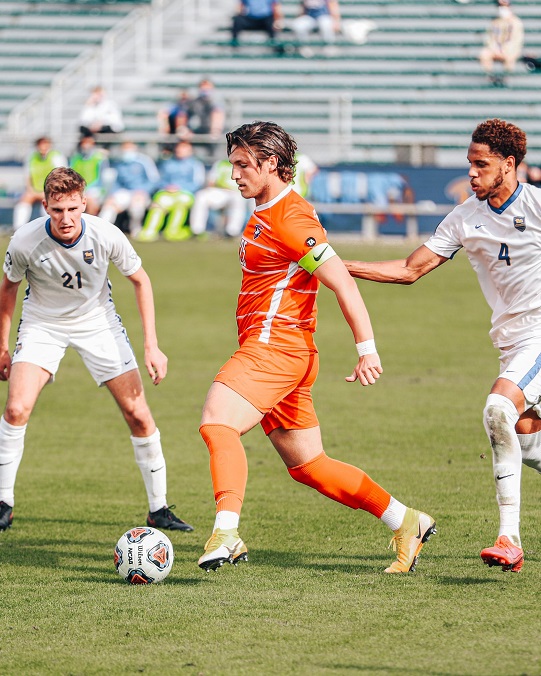 I apologize that I do not have post-game interviews with Noonan and players for you. Clemson dropped the ball on this one. They had some kind of technical difficulties with the Zoom recording. I asked them before the interviews to allow me to record like I do for the football interviews in case something like this happens, and they neglected to do so. We had a nice interview with Noonan, Brighton and Seye, so I'll post the videos if Clemson is able to produce them.
MORE CLEMSON COVERAGE HERE
CARY, N.C. - Behind goals from Mohamed Seye and James Brighton, the No. 2 Clemson men’s soccer won its 15th ACC Championship on Sunday, 2-1, against the nation’s No. 1-ranked team, the Pittsburgh Panthers. The win marked Head Coach Mike Noonan’s second title of his tenure at Clemson and gave the Tigers their fourth ACC Tournament championship, second-most among current members of the conference and first since 2014.
In the game’s 13th minute, Seye snuck a ball past the Pitt goalie on an assist from Callum Johnson to get the Tigers on the board first. It was the 2,800th goal in program history and marked the first time the Panthers trailed in a game this season.
Pitt netted the equalizer just over a minute into the second half, before the teams played a tightly contested remainder of the game, combining for 21 fouls and four cards. In the 71st minute, Brighton’s 10th career goal gave the Tigers a 2-1 lead on an assist from Grayson Barber, who tied the ACC record for most assists in a tournament (4). In the 88th minute, Pitt’s Anas Amrani was awarded a red card, giving the Tigers the extra-man advantage for the remainder of the match.
George Marks earned the championship W in goal, making four saves. Clemson notched its fifth all-time win over Pitt and now holds an all-time record of 23-26-10 in the ACC Tournament.
Today’s match brings to a conclusion the 2020 fall season, as the NCAA Tournament is slated to take place following the 2021 spring season. For all of the most up-to-date information regarding Clemson men’s soccer, be sure to follow @ClemsonMSoccer on Twitter.