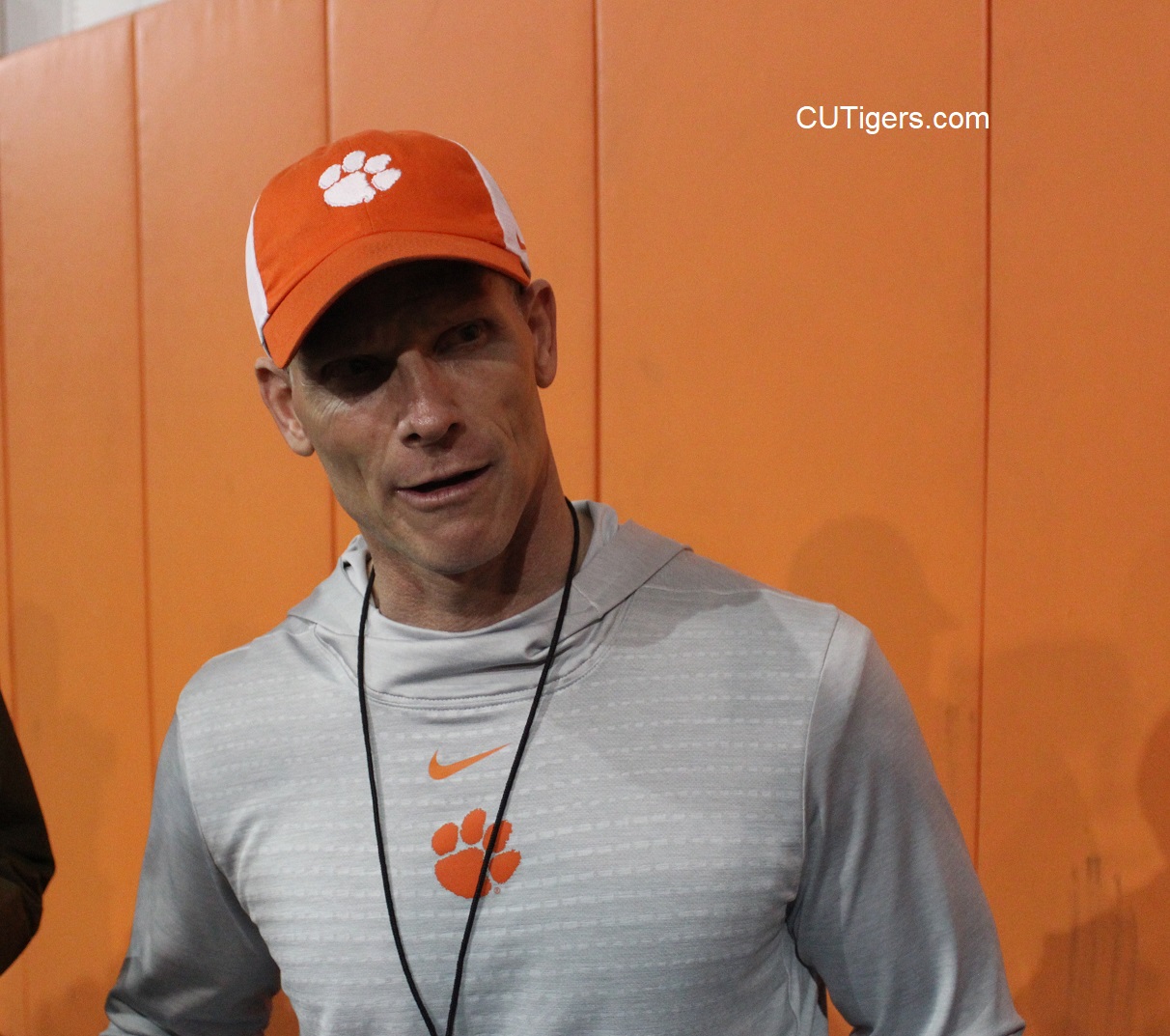 We spoke with Tony Elliott, Brent Venables, Matt Bockhorst, Mike Jones, KJ Henry and Nolan Turner today to discuss Saturday's bizarre cancellation and this week's final home game against Pitt. Bockhorst and Jones said they were ready to play in Tallahassee on Saturday, so that is good news. Jones had missed the last two games, and Bockhorst went out early at Notre Dame. It sounds like all the players were very upset about not getting to play on Saturday, but they have put it behind them and are ready for Pitt! Remember, it was an unranked Pitt team that handed the Tigers their last loss in Death Valley, just over 4 years ago! That game was also Senior Day, and the Tigers were ranked No.2.
The full interviews are below!
MORE CLEMSON COVERAGE HERE