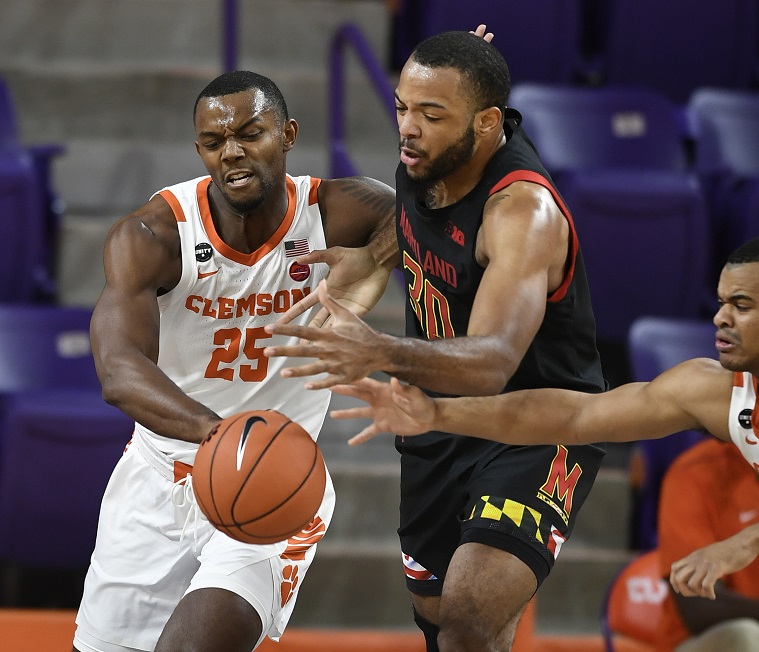 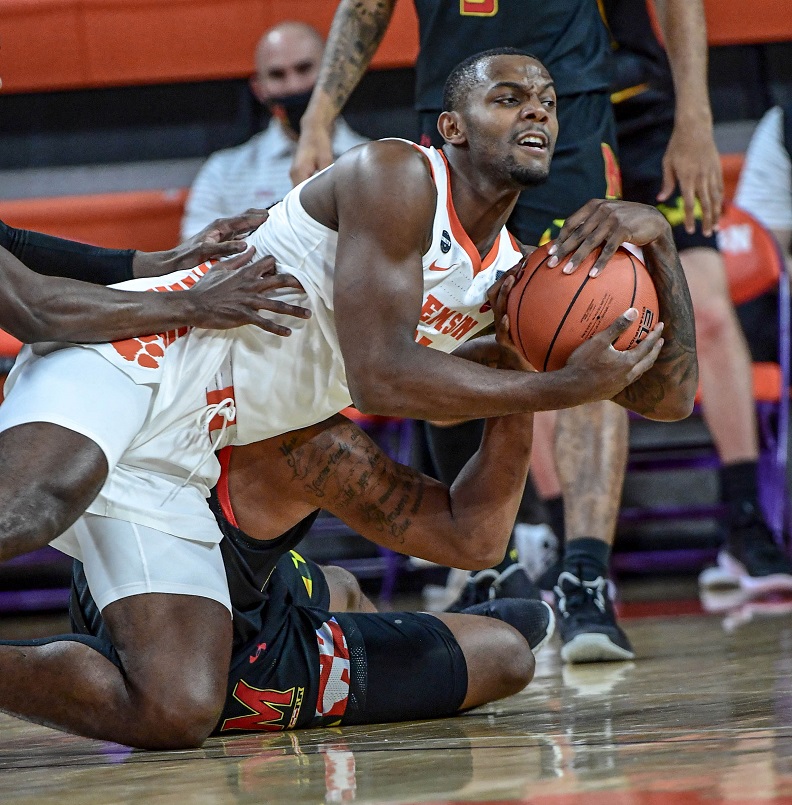 CLEMSON, SC - After former foe and ACC Charter Member Maryland scored the first basket of the game on Wednesday, the Tigers roared to a 7-0 run and never looked back. Maryland came into the game as one of the hottest-shooting teams in the country, but the Tigers led 38-15 at halftime and led by as many as 25 in the second half. The Terps fought back, cutting the lead in half to 12 points with 8 minutes left and gaining momentum, but Simms made a big offensive put-back after a drive by Honor, and Dawes followed that with a 3-pointer to push the lead back to 17 and stave off the Terps for good. 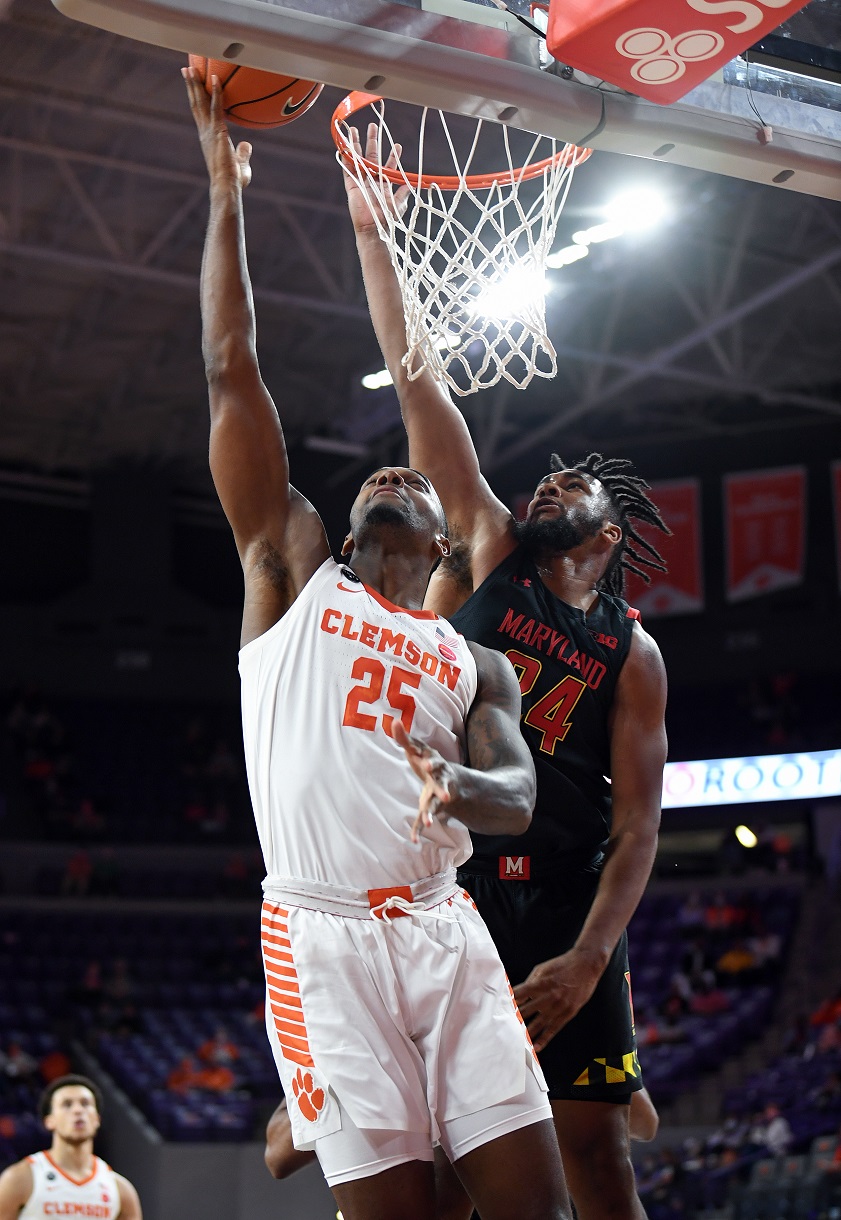 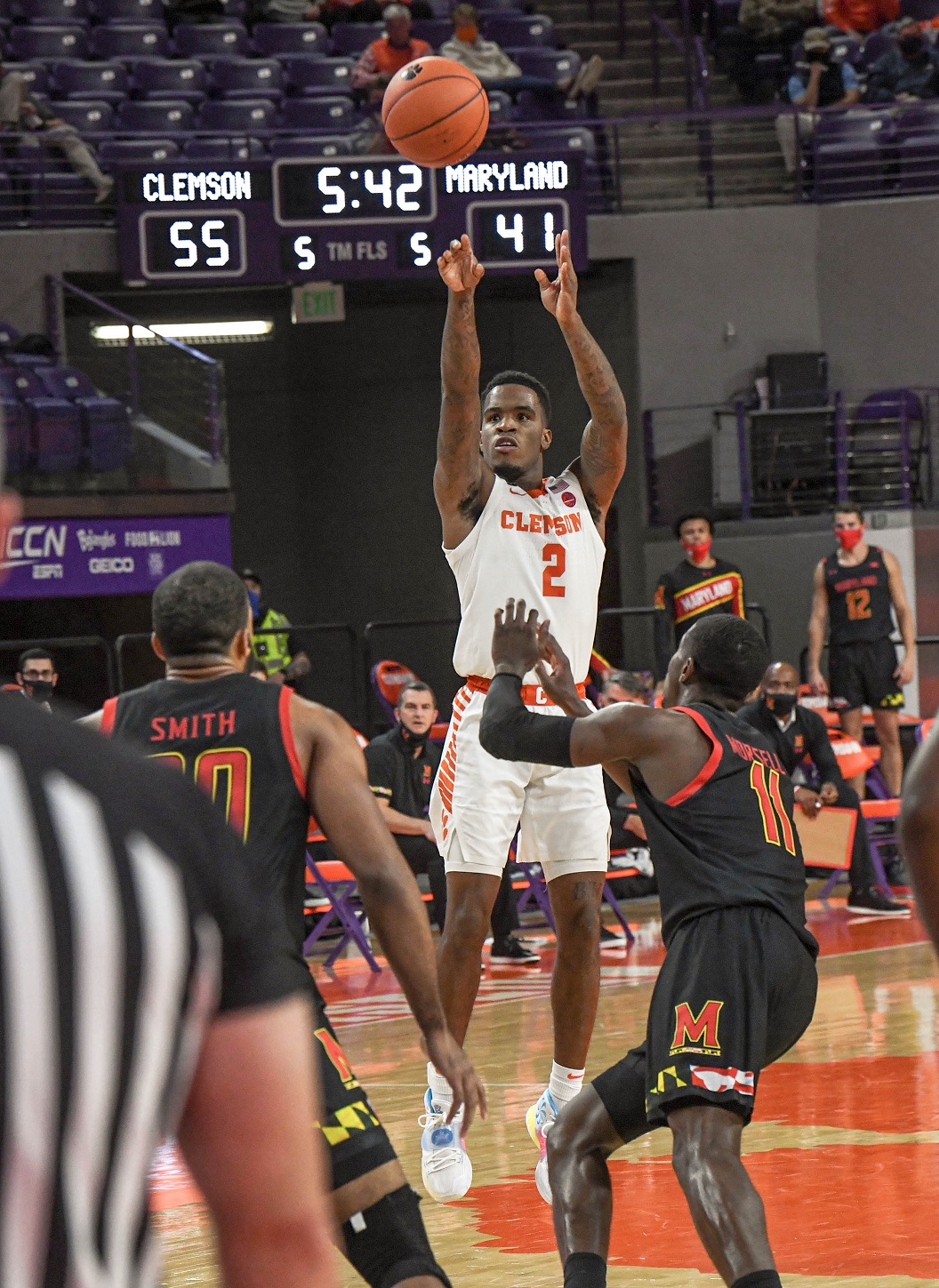 The Tigers held the hot-shooting Terps to 40% from the field and 33% from beyond the arc, continuing their trend of suffocating defense. In their home opener, the Tigers held SC State to just 1-14 from beyond the arc, and the lone make was a bank shot in the final minute. The Terps came in 4-0 and averaging 84 points per game, but as I wrote in my preview, they had yet to play a Power Five opponent, and the Tigers had already beaten two by 11 points each. The Tigers forced another 15 turnovers on Wednesday, bringing their total to 80 in their 4 games. They held Hakim Hart, who scored 33 in the Terps' previous game, to just 9 points. 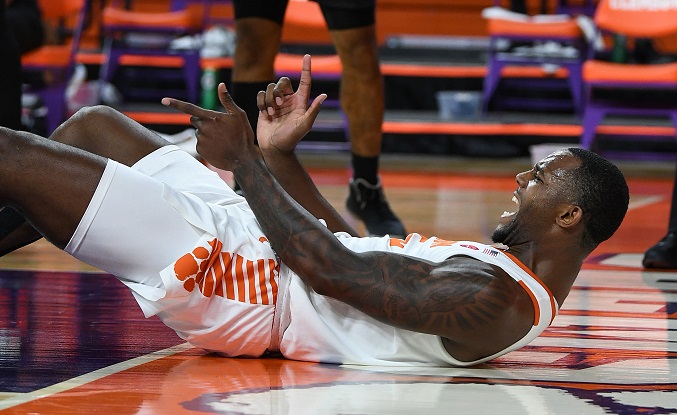 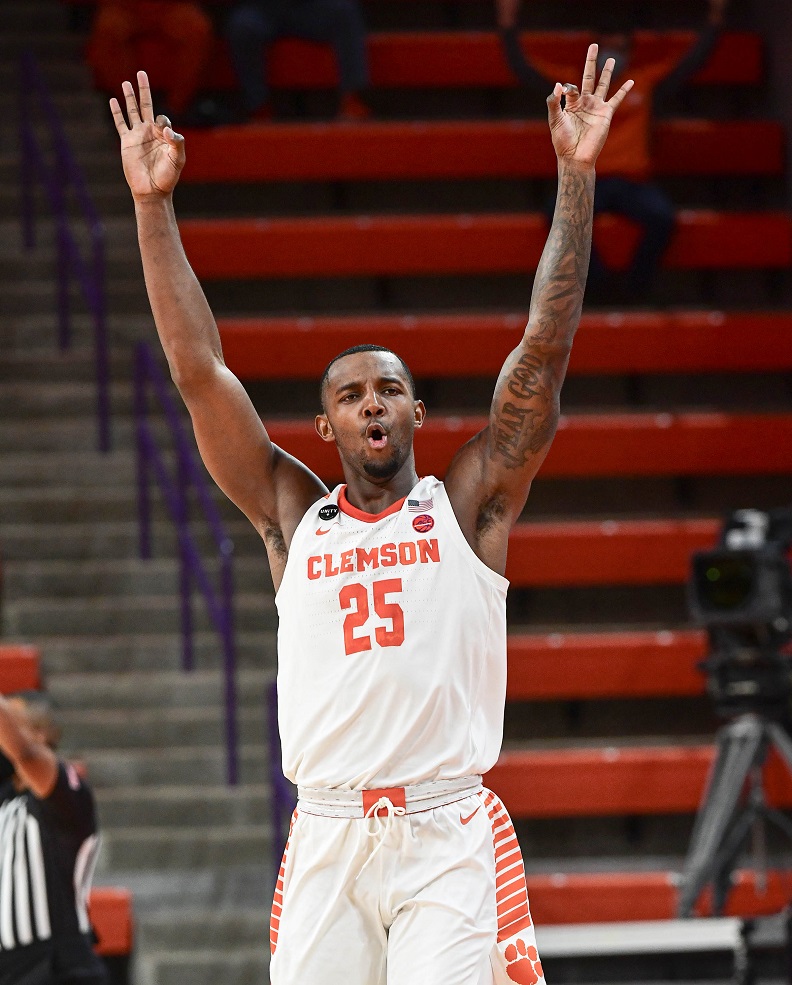 Four Tigers scored in double digits, led by Simms with 16. Dawes and Newman each scored 12, and Honor added 10. It was Newman's second straight start after coming off a knee injury preseason, and he made a couple big momentum plays. Freshman PJ Hall played just 8 minutes and was 0-2 from the field, making a pair of free throws. However, he was coming off a concussion and hadn't played a game in two weeks. The Tigers' depth continues to be a major strength and story of this team. They are able to wear teams down with their full-court press, and the depth and fresh legs in the second half make it difficult for an opponent to overcome a big deficit like the 25-point one Maryland had. 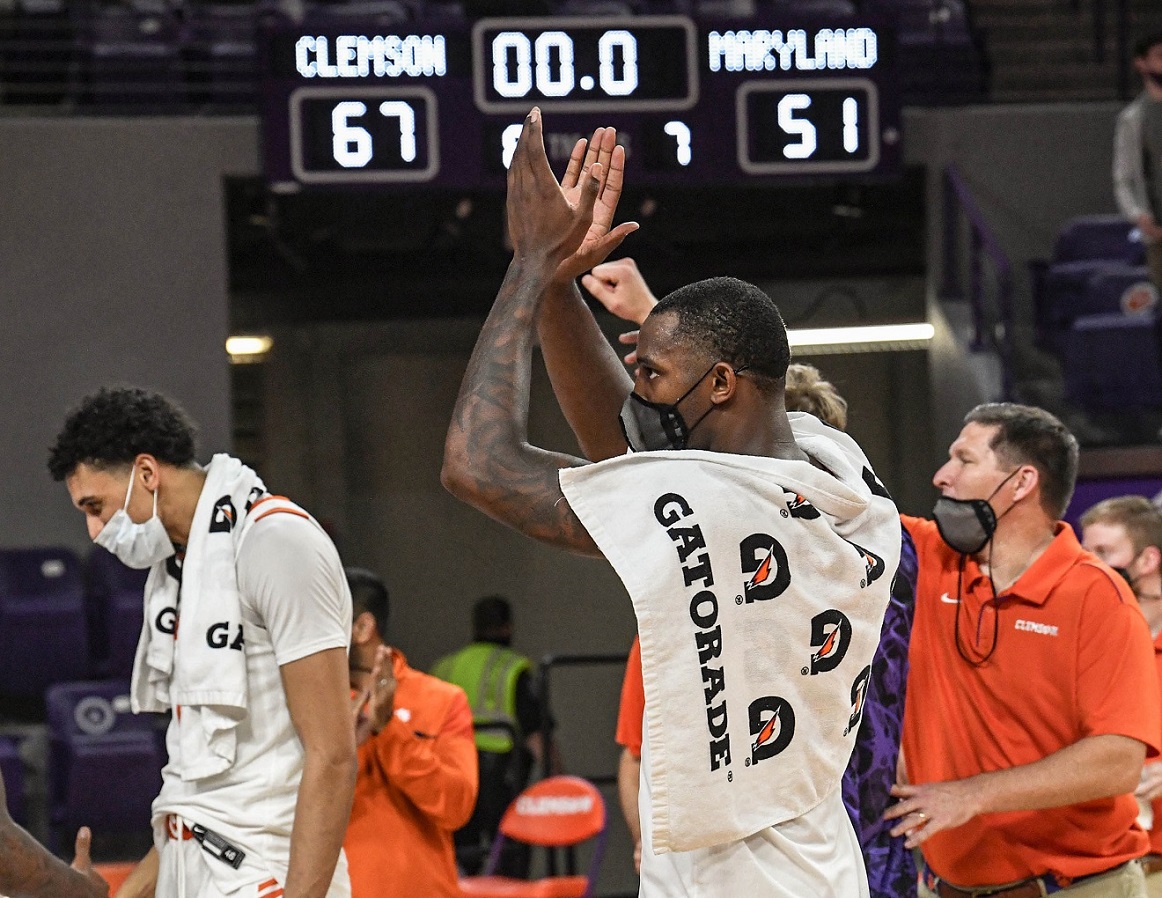 The ACC had a bad first round of the ACC/Big Ten Challenge, falling behind 6 games to 1, but the Tigers' big win over Maryland started a nice comeback for the ACC, winning all 4 games on Wednesday. The Big Ten held on to win the Challenge 6-5, but if Preseason ACC No.1 UVA hadn't had its game against Michigan State canceled, the Hoos might have evened the score.
The Tigers are now 4-0 with 3 double-digit wins over Power Five teams, including Defending Big Ten Champ Maryland. Their average margin of victory in their 4 wins is almost 19 points! They are now No.4 nationally in opponents' points per game (50.3) and No.1 among teams that have played 3 games or more. They are tied with No.2 Baylor for the most turnovers forced (80) through 4 games among Power Five teams. It's the first time the Tigers have started a season 3-0 against the Power Five since they made their Sweet 16 run in 2017-18. If they beat Alabama in Atlanta on Saturday night like they should, the Tigers should be ranked next week for the first time since November of 2018.
Post-game interviews and highlights are below!
MORE CLEMSON BASKETBALL AND FOOTBALL COVERAGE HERE