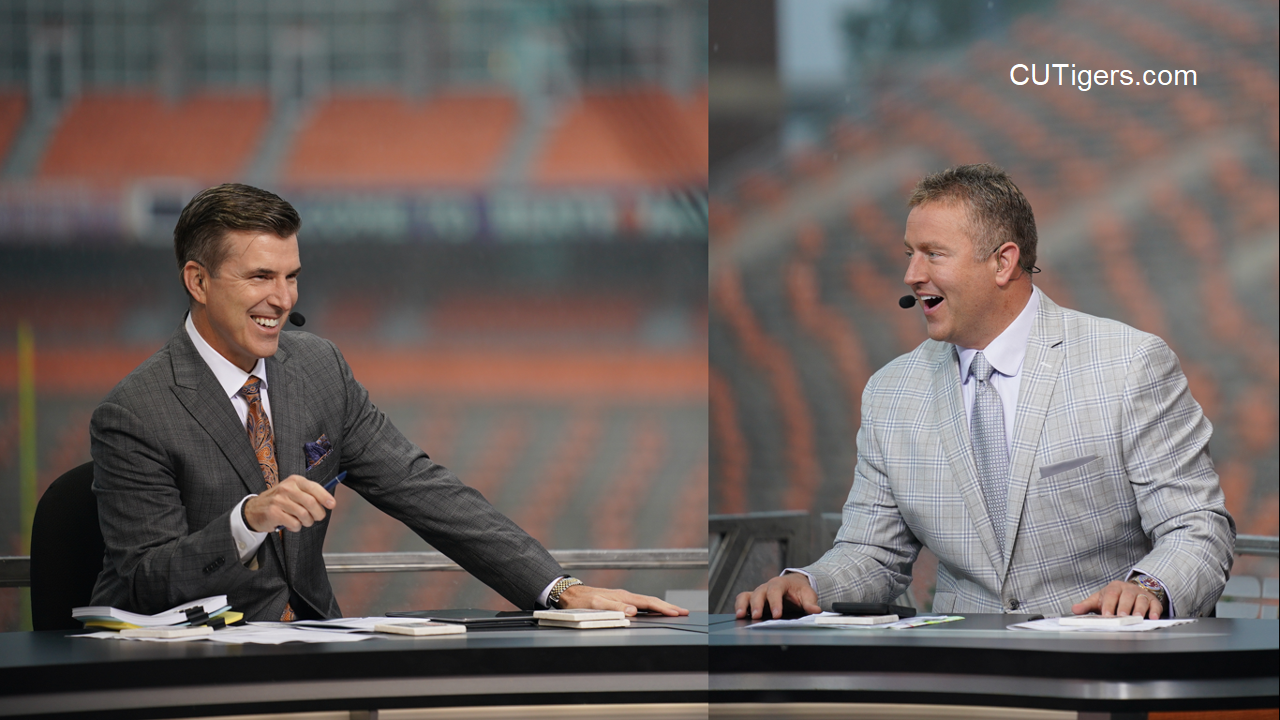 We just wrapped up with Rece and Kirk, who will be in Charlotte tomorrow for the ACC Championship and their 400th GameDay broadcast. I asked Rece about the Tigers' chances of being the first 2-loss team to make the playoff, should they lose another thriller to Notre Dame tomorrow. I asked Kirk about the Heisman race and the fact that everyone says Trevor Lawrence is the best player in college football, but many still have him 2nd or 3rd on their list right now. The full interviews are below, and I'll have the transcript posted in a bit. Also below is our Thursday Zoom call with former Clemson OL Eric Mac Lain, former FSU QB EJ Manuel and former UGA/Miami Head Coach Mark Richt from ACC Network's "The Huddle!"
Just had a great Zoom call with former Clemson OL Eric Mac Lain, former FSU QB EJ Manuel, former UGA/Miami Coach Mark Richt and host Jordan Cornett from ACCN's "The Huddle," previewing the huge ACC Championship rematch between No.3 Clemson and No.2 Notre Dame. I asked Mark Richt about Notre Dame Defensive Coordinator Clark Lea juggling his obligations as new Vandy Head Coach and preparing for this game. Richt had some great insight, as he was faced with the same situation when he was FSU Offensive Coordinator and hired to be Georgia's head coach. I also asked Mac whether the Clemson players might feel some extra motivation from an ACC pride standpoint with one-time member Notre Dame trying to steal the trophy they've had possession of for the last 5 years. He had some great insight as well! I'll have the full interview posted in a bit.
MORE CLEMSON FOOTBALL COVERAGE HERE