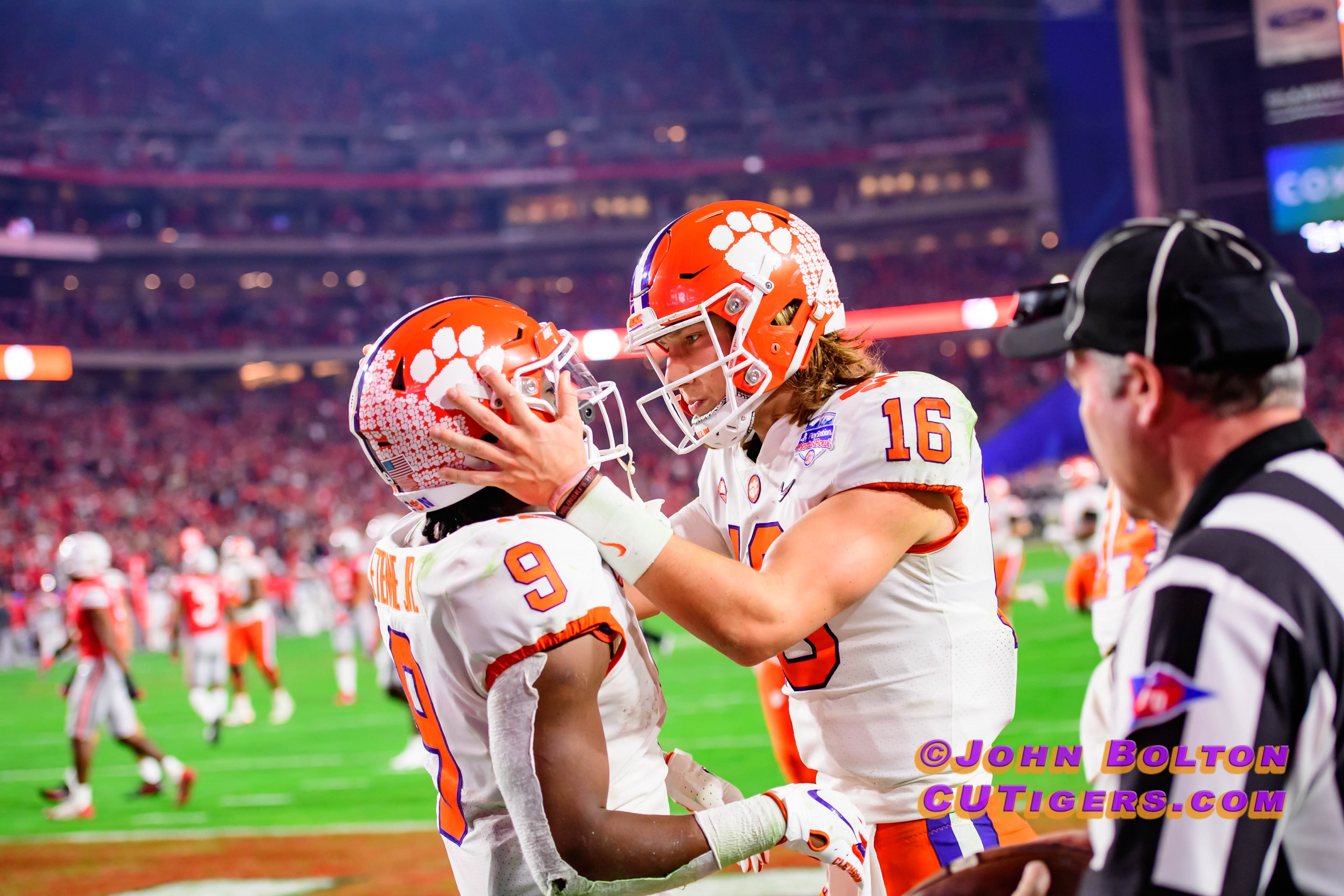 
NO.2 CLEMSON TO FACE NO.3 OHIO STATE IN CFP SEMIFINAL 2ND STRAIGHT YEAR, THIS TIME IN NEW ORLEANS

The selection marks Clemson’s national-best sixth consecutive College Football Playoff (CFP) appearance. With the selections by both schools this year, Clemson and Alabama (six each) remain tied for the most CFP berths in history.

The game will represent Clemson’s third Sugar Bowl appearance all-time. Clemson made its Sugar Bowl debut on New Year’s Day in 1959. That year, Clemson, champion of the ACC at 8-2, was invited to play the nation’s No. 1 team, LSU, in the 25th Sugar Bowl to conclude the 1958 season. Clemson returned to the Sugar Bowl at the end of the 2017 season, when it faced Alabama in a College Football Playoff national semifinal.

The meeting will be the fifth between Clemson and Ohio State all-time, moving the Buckeyes past Alabama and LSU (four each) as Clemson’s most common bowl opponent. Though Ohio State ranks second all-time in FBS wins, Clemson holds a 4-0 all-time record against Buckeyes. It will be the second-straight year and the fourth time in the last eight years that the teams have met in the postseason.

In last year’s College Football Playoff National Semifinal at the PlayStation Fiesta Bowl, Clemson overcame a 16-0 first half deficit to earn a 29-23 victory against the Buckeyes. At the time, the victory was Clemson’s fifth-largest comeback in school history and its second-largest under Dabo Swinney. After a Travis Etienne touchdown reception gave Clemson the lead with 1:49 remaining, safety Nolan Turner sealed the victory with an interception in the Clemson end zone in the final minute.

The teams met in 2016 when the second-seeded Tigers shut out the third-seeded Buckeyes in a 31-0 victory that sent Clemson to its second straight College Football Playoff National Championship Game. The 31-point victory was the largest margin of defeat in a bowl game in Ohio State history and marked the first time Ohio State had been shut out since 1993.

The two programs first met in the 1978 Gator Bowl in Jacksonville, Fla., a 17-15 Clemson victory that represented Danny Ford’s first game as Clemson head coach and Woody Hayes’ final game as Ohio State head coach. The game is perhaps most notorious for an interception by Clemson’s Charlie Bauman with two minutes left, in which Bauman picked off an Art Schlichter pass and was punched by Hayes upon running out of bounds on the Ohio State sideline.

The teams also met in the 2014 Orange Bowl as Clemson concluded the 2013 season with its first BCS bowl victory. Clemson earned a 40-35 win, as the Tigers forced four second-half turnovers, including a fumble and interception on the Buckeyes’ last two possessions, to win. Wide receiver Sammy Watkins set Tiger and Orange Bowl records with 16 receptions and 227 receiving yards to garner MVP honors, while quarterback Tajh Boyd accounted for 505 yards of total offense and six touchdowns.

Clemson will be making a bowl appearance for the 16th consecutive year, adding to its current school record that began in 2005. In total, it will be Clemson’s 47th bowl appearance, with the Tigers holding a current 25-21 all-time record in bowl play.