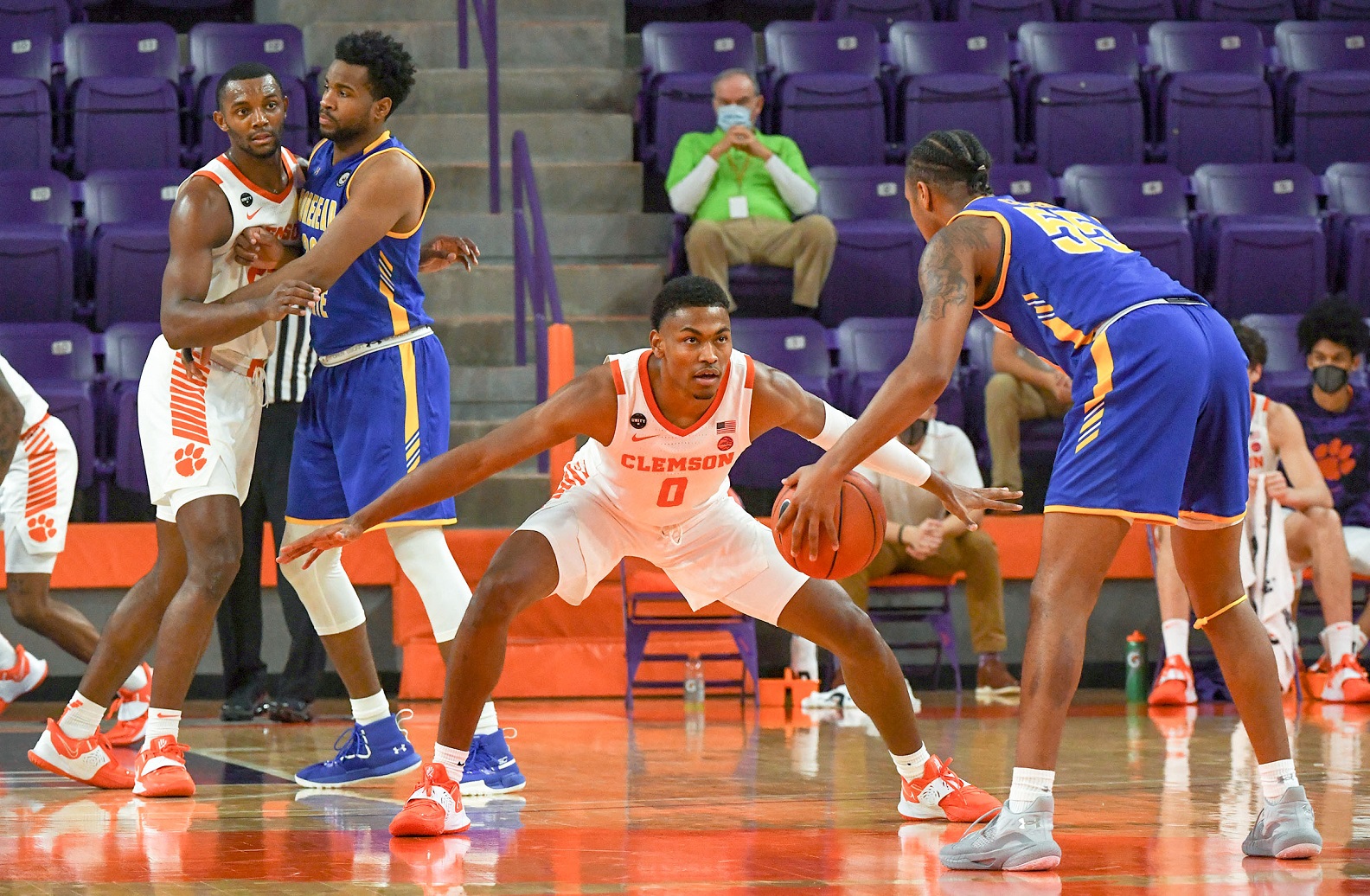 
CLEMSON CONTINUES DOMINANT DEFENSE, HONOR HOT FROM 3 AS TIGERS IMPROVE TO 6-1 WITH 66-51 WIN

CLEMSON, SC - Perhaps it was due to the week off, but the Tigers got off to a slow start offensively, trailing 16-14 late in the first half. However, they went on an 18-3 run to end the half, sparked by a three-pointer and a couple of free throws from Alex Hemenway off the bench. One thing that remained constant was the Tigers' suffocating defense, allowing just 19 points in the first half. They forced 21 turnovers in the game, just over their season average, and allowed 51 points, just under their season average.
The Tigers led by as many as 24 in the second half, but Morehead went on a run of its own, cutting the lead to 13 with a couple minutes left, but it was too little too late, as the Tigers won 66-51. The game might have been much closer if not for the big 2nd half by transfer point guard Nick Honor. He made 4 straight 3's over a 4-minute stretch in the second half and added an acrobatic reverse-layup, finishing with a team-high 14 points. Simms and Dawes each scored 12. Simms had just one foul but managed to foul out in the waning minutes thanks to a flurry of fouls in the last 10 minutes or so. He had just one foul until late in the game. There was a scary moment for Brad Brownell, when Jonathan Baehre limped off the court and went to the locker room, but he returned to the game and appeared to be fine. Baehre, of course, missed all of last season with a knee injury. Hunter Tyson missed his second straight game after suffering a facial injury in the first half against Alabama. I asked Brownell if he had a time table yet for Tyson's return, and he said they would evaluate him after the Christmas break. The players will be allowed to spend Christmas with their families. 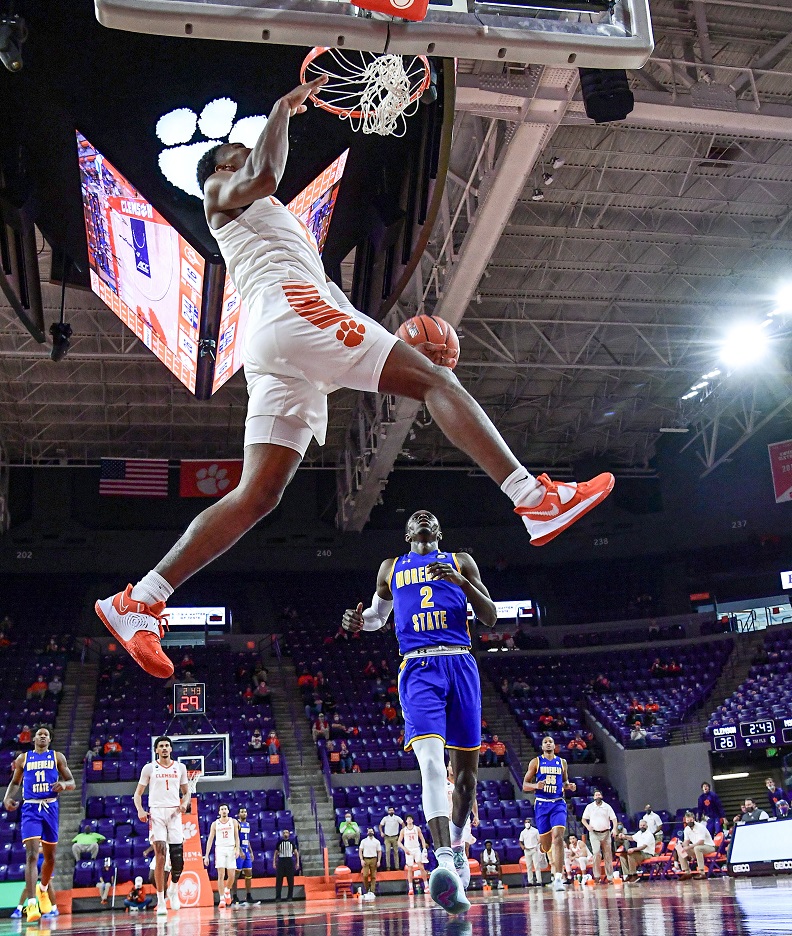 The Tigers improved to 6-1 with their 6th easy win. Their only loss was a last-minute, two-point game at VA Tech. In my opinion, they should not have dropped out of the rankings because Ohio State is still ranked No.23 despite losing comfortably to Purdue, a team Clemson beat by 11 points. However, the Tigers will have an opportunity to jump back into the rankings soon enough. Orlando native Nick Honor and the Tigers host No.21 FSU in Littlejohn next Tuesday the 29th.
Post-game interviews and highlight are below!
MORE CLEMSON BASKETBALL AND FOOTBALL COVERAGE HERE