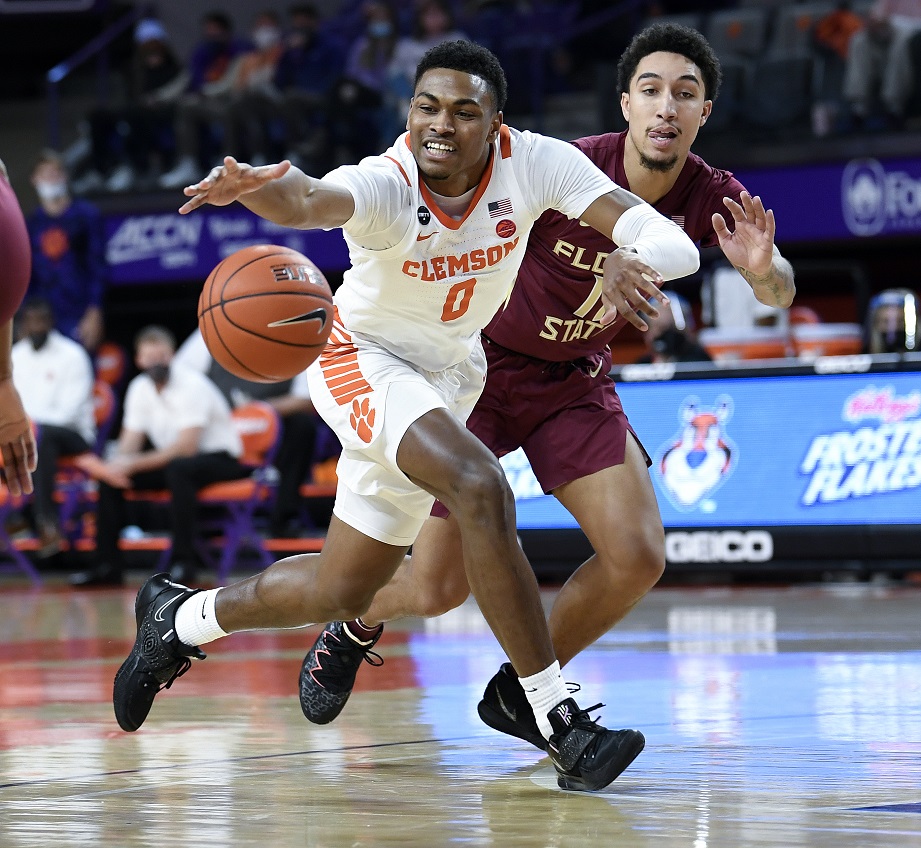 What a game! The energy from the crowd of 1,800 was palpable, and it was a major factor late in the game. After the Tigers got off to an early lead, starting with a dunk by Clyde Trapp, the Noles took control of the first half and led by 5 at halftime. It was just the second time this season that the Tigers had trailed at the break, and the other resulted in their only loss at VA Tech. However, the Tigers played like a different team in the second half. Their top 3 scorers--Simms, Dawes and Honor--combined for just 4 points in the first half, but the latter two caught fire in the second. For the second straight game, Orlando native Nick Honor provided a huge spark in the second half, scoring all 13 of his points after the break. After the teams went back and forth through the middle of the second half, he scored 8 points in the span of one minute, and the Tigers were able to pull away in the final 6 minutes after that. Dawes added 11 points, all in the second half as well. Simms finished with just 8 points but made some big plays in the second half. But the steady constant on Tuesday night was veteran guard Clyde Trapp, who led the team with 15 points. He also added 6 rebounds and 3 steals. The Tigers held a major advantage at the free throw line, making 24 of 33 attempts, and they missed several in the second half, including a couple front-ends of one-and-ones. Conversely, the Noles went 6-9 from the line, so the Tigers scored 18 more points from the charity stripe. It was a total reversal of the disparity in their lone loss in Blacksburg, when the Hokies made far more free throws than the Tigers even attempted. Hunter Tyson missed his third straight game, and Brad Brownell does not have a timetable for his return yet. They are making efforts to have a protective face mask made for the forward, who was off to a great start to the season before the injury.
It's the second straight year the Tigers have knocked off a ranked FSU team in Littlejohn. The Tigers should have been ranked already, but they certainly will be next week if they win at Miami on Saturday. They are 7-1 with wins by 8 points or more over Purdue, Maryland, Alabama, Mississippi State and now No.18 FSU! The Tigers beat the defending Big Ten Champs by 16 and the defending ACC Champs by 10. Their only loss was a last-minute 2-point game at VA Tech, which is now ranked No.24.
Post-game interviews and highlights are below!
MORE CLEMSON BASKETBALL AND FOOTBALL COVERAGE HERE