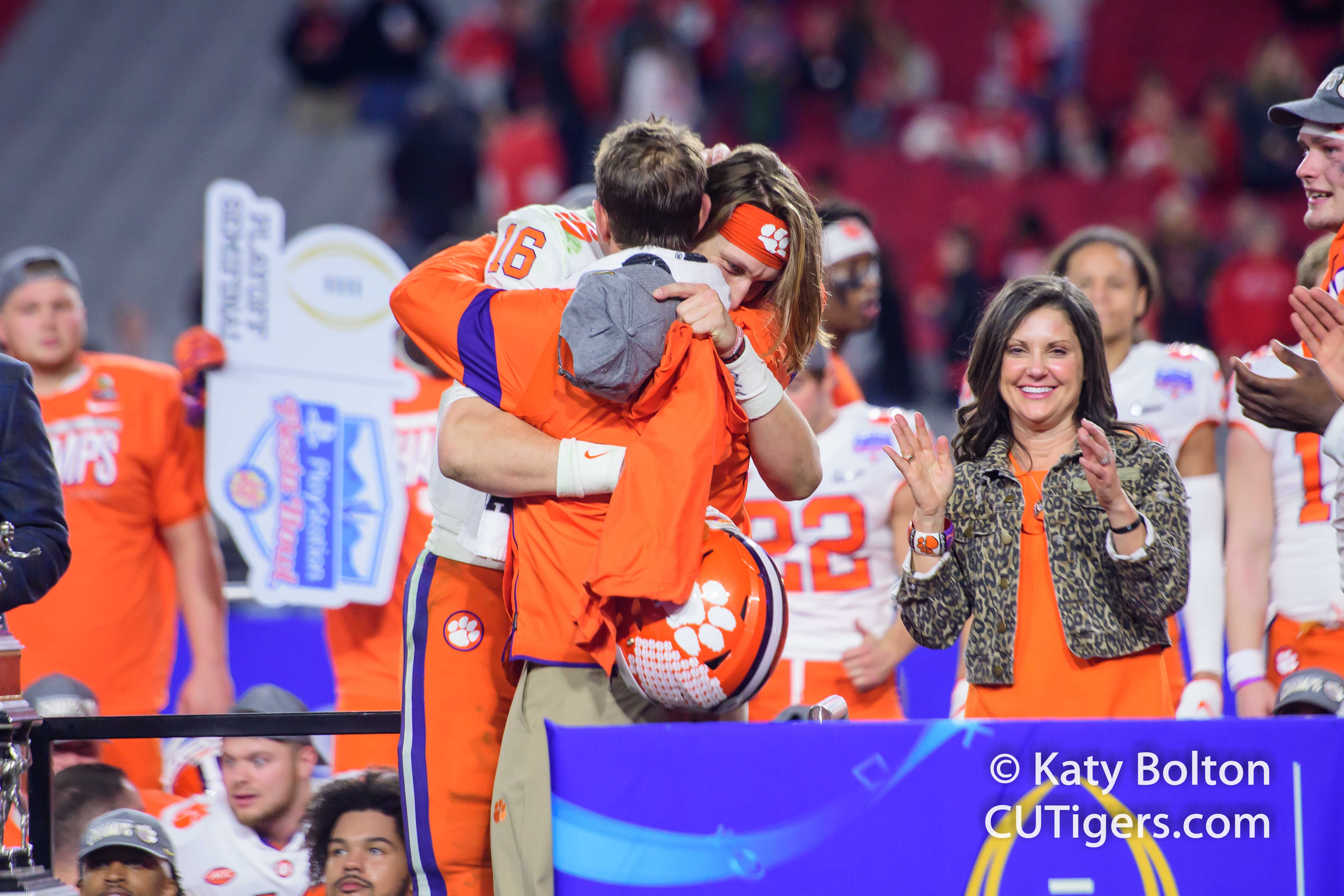 As expected, thanks to ESPN making the Heisman very predictable every year, Alabama's Devonta Smith is the Heisman winner. Trevor came in second in the voting. It's the second Heisman runner-up the Tigers have had (Watson in 2016). Again, Trevor is the best player in college football, and that is who the Heisman is supposed to go to, but it rarely goes to the right person anymore. Like Dabo said, if he wanted to win a Heisman, he could play his stars in every 4th quarter and blow everyone else's stats away. Smith had a great season, but his stats were about the same as Chase from LSU last year, and he won't be the No.1 draft pick because everyone knows Trevor is the best player in college football.
We'll see if the Heisman curse catches up with Smith in the National Championship! I'll have the voting numbers posted for you in a bit.
DeVonta Smith of Alabama was selected as the 86th winner of the Heisman Memorial Trophy as the Outstanding College Football Player in the United States for 2020.
Anne Donahue, of the Heisman Trophy Trust, which annually presents the Heisman Memorial Trophy Award, announced the selection of Smith on Tuesday evening, January 5, 2021, on a nationally televised ESPN sports special live broadcast from the ESPN Studio in Bristol, Connecticut.
The victory for the 6’1”, 175-pound Smith represents the third winner from Alabama, joining Mark Ingram (2009) and Derrick Henry (2015). He is the 4th wide receiver to win the Heisman and the first since Desmond Howard in 1991.
Smith, of Amite, LA caught 105 passes for 1,641 yards and 20 touchdowns including a tremendous performance in the College Football Playoff Semi-Final catching 7 passes for 130 yards and 3 touchdowns. His career receiving yards of 3,260 is highest in Alabama history.
Smith also holds the SEC career record for receiving touchdowns with 40, passing the previous mark of 31 held by Amari Cooper and Chris Doering. He also owns a four- and five-touchdown game making him the only receiver in SEC history with multiple career games totaling four or more receiving touchdowns. Smith was awarded the Associated Press college football player of the year.
Ballots were emailed to 870 media personnel across the nation plus 56 Heisman winners and one fan ballot, for a total of 927 electors. The ballots were received and tabulated by the independent accounting firm of Deloitte & Touche LLP. Smith polled 1,856 points to capture the award over Trevor Lawrence of Clemson (1,187 points), Mac Jones (1,130 points) also of Alabama and Kyle Trask (737 points) of Florida. The point total is reached by a system of three points for a first place vote, two for second and one for third.