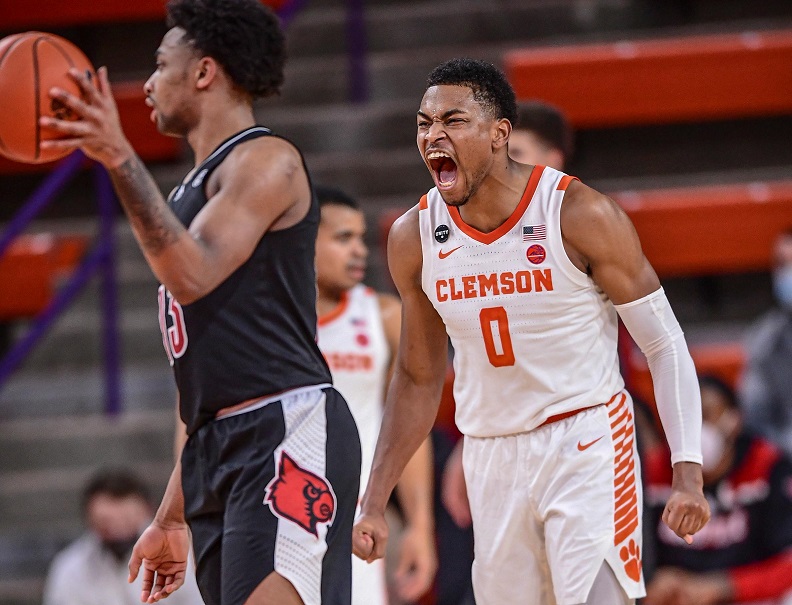 CLEMSON, SC - The Tigers end their 3-game skid with a much-need win over another ranked team, beating No.25 Louisville 54-50 in a back-and-forth defensive game. The Tigers led for the majority of the contest, but the largest lead for either team was 8 points, and there were several lead changes. After 3 blowout losses in which the Tigers allowed a ridiculous 43 three-pointers, they finally played the defense we're used to seeing. Louisville was just 5-24 from beyond the arc, which was about 30% less than the Tigers' previous 3 opponents shot. The biggest difference offensively was Dawes, who scored 15 points and was 4-8 from 3. He made three huge 3's in the second half when the Tigers desperately needed them and scored 8 straight points when it looked like Louisville might go on a run. Simms also converted an enormous 3-point play with 1:30 left to push the Tigers' lead to 7 points. He finished with 16 points to lead the team. Hunter Tyson, in just his 3rd game back from injury, got the start over Baehre and scored 10 of the Tigers' 54 points. 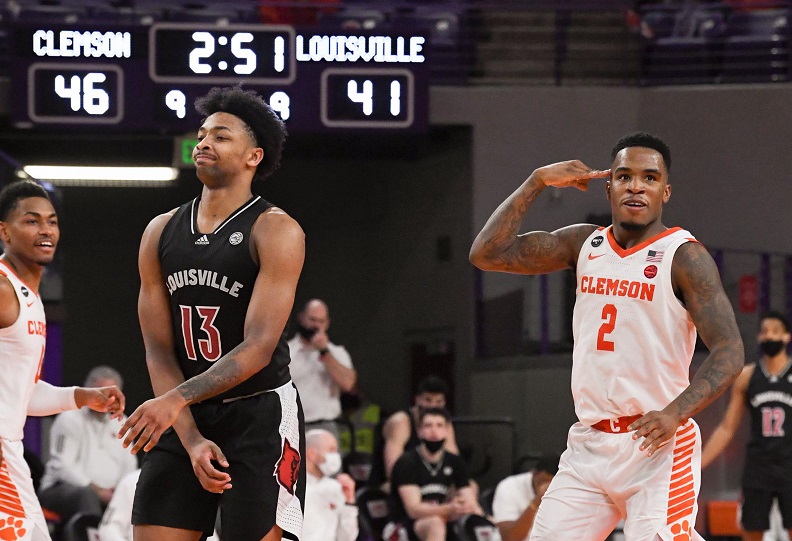 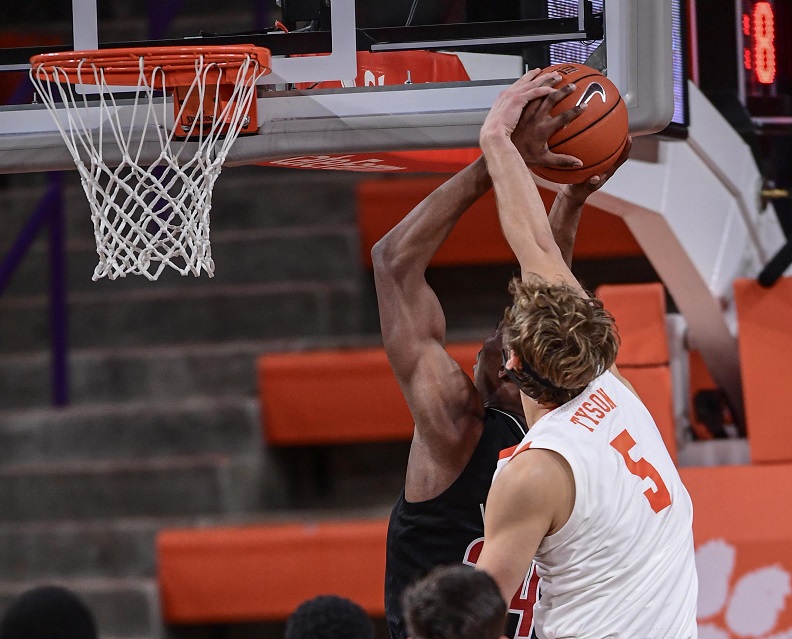 Hopefully that performance gets the Tigers back to where they were prior to the COVID layoff, when they were 9-1 and ranked No.12. They still have a great shot to make the NCAA Tourney at 10-4 overall and 4-4 in the ACC with big wins over Alabama, which is top-10 and undefeated in the SEC, FSU, Louisville and Purdue.
Post-game interviews and highlights are below!