Photo by Trevor Groves CUTigers.com
CLEMSON, SC - After the Tigers beat No.25 Louisville 54-50 last week, I thought they were out of their rut and would get back to playing the brand of basketball that resulted in their No.12 ranking. However, they backslid and were utterly dominated up at Duke on Saturday, so, frankly, it was hard to know what to expect on Tuesday night when the Tigers hosted a red-hot UNC team that had won 6 of its last 7 games but was coming off its own COVID postponement. Well, the Tigers were even more impressive than they were last week, roaring out to a 33-21 halftime lead over the Heels.
UNC would rally in the second half, cutting the lead to 4 with about 9 minutes left, but Hunter Tyson, whose just been back from injury for a couple weeks, exploded for 16 points in those final 9 minutes to stave off the Heels for the 63-50 victory. Tyson made the Tigers' only two 3's of the second half and scored 16 of their final 21 points, all in the final 9 minutes of the game. He also made a couple great plays at the defensive end when the game was close and closed the game with two big transition dunks! As mentioned, Tyson has just been back a couple weeks from the facial injury he suffered in the Alabama win back in early December. He had 9 points in just 6 minutes in that game, and for the season, he is averaging a point every 2:30 that he's on the floor. The two games in which he played the most minutes this season were the Tigers' last two wins against Louisville and UNC--both of which he started. He scored 10 points in 24 minutes and 16 in 26 minutes, respectively, so hopefully his minutes and points will continue to increase! 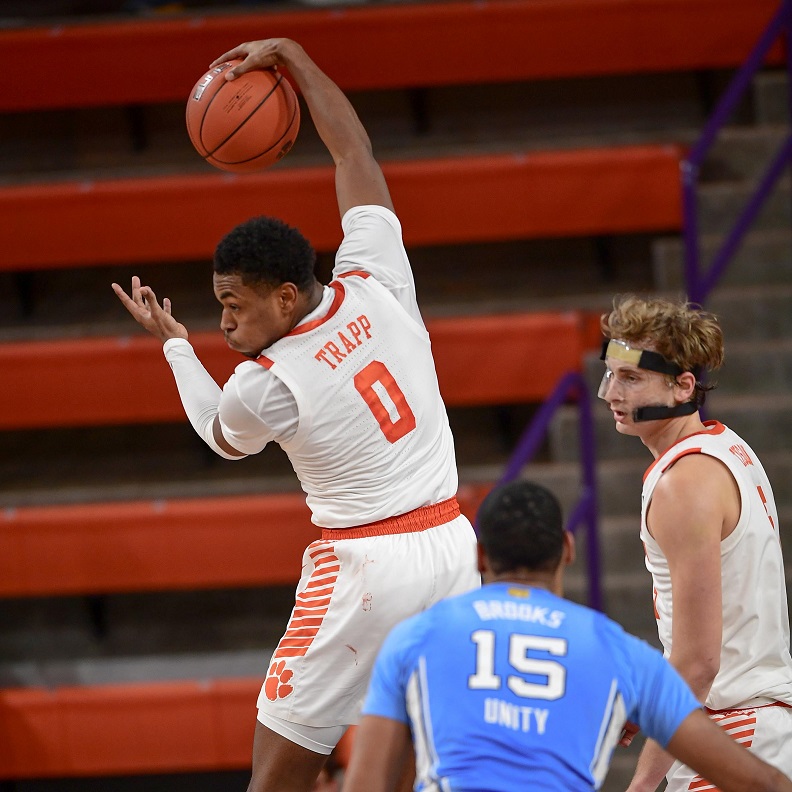 Clyde Trapp also had a tremendous game with 14 points and 9 rebounds. I've always said that Trapp is an outstanding rebounder for a guard and doesn't get enough credit for that part of his game. Rebounding is always huge when you play UNC because that is how they beat you. Simms scored just 3 points in the second half, but it was a critical 3-point play to put the Tigers up 8 with about 6 minutes left. John Newman missed the game due to disciplinary reasons. 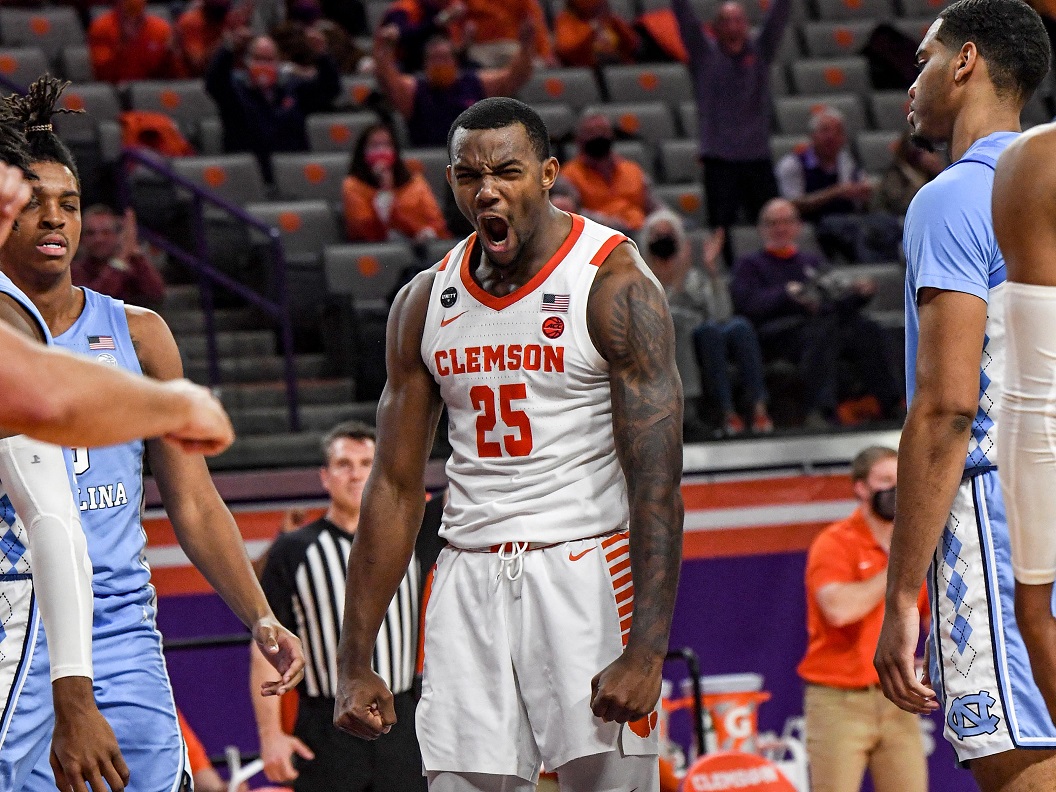 It's the second straight home opponent the Tigers have held to exactly 50 points, and the Heels were just 5-19 from 3, which is a huge contrast from the Tigers' last 4 losses. Each of those opponents made at least ten 3's and shot a combined average of over 50% from beyond the arc. After the game, Brownell attributed the Tigers' elevated defensive play in part to their improved offense, saying that they play better on the defensive end when they have some success on the offensive end--not only from a psychological standpoint, but they are able to set their defense after made shots. 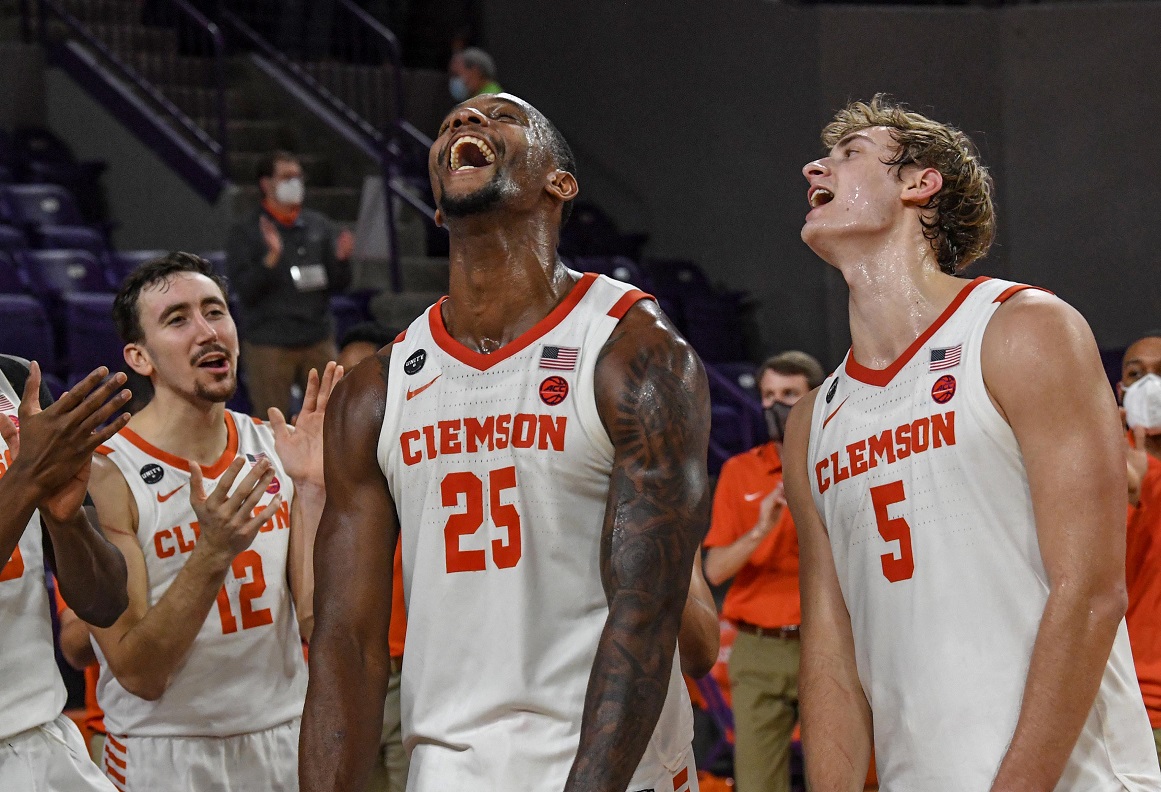 The Tigers are now 11-5 overall and 5-5 in the ACC. UNC was one of the hottest teams in the ACC coming in, and the Tigers have beaten them 3 times in the last 4 meetings for the first time in program history! The Tigers have back-to-back home games for the first time in weeks, with Cuse coming to town on Saturday. If the Tigers win at least half of their remaining games, I'm pretty sure they'll make the NCAA Tourney. Hopefully they'll put together another win streak like we saw before the COVID layoff!
Post-game interviews and highlights are below!
MORE CLEMSON BASKETBALL AND FOOTBALL COVERAGE HERE