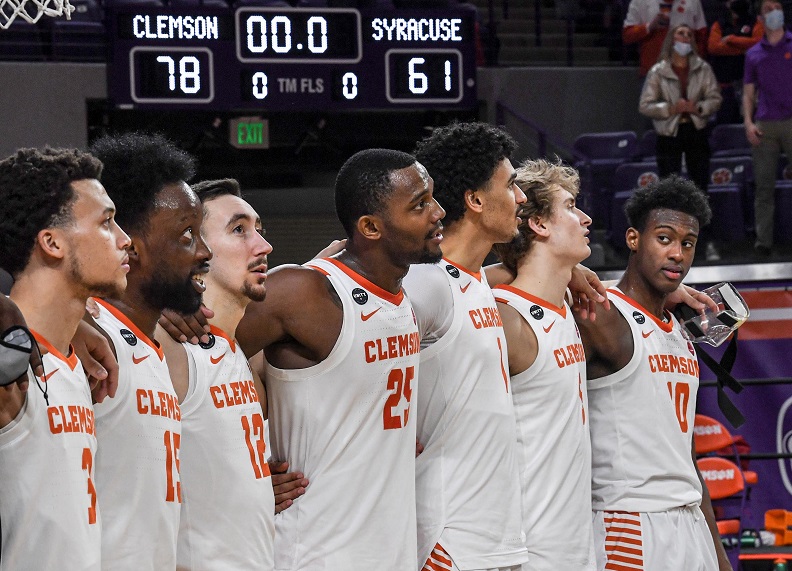 Photo by Trevor Groves CUTigers.com
CLEMSON, SC - The Tigers followed up their impressive 63-50 win over UNC with another double-digit win over Syracuse. They led 39-19 at the half and led by more than 20 points for most of the second half. Simms scored 18, becoming the 42nd Tiger to score over 1,000 points. He's in an even more exclusive club, joining Trevor Booker, Horace Grant and Larry Nance as the only Tigers to record 1,000 points, 550 rebounds, 175 assists, 75 steals and 75 blocks. 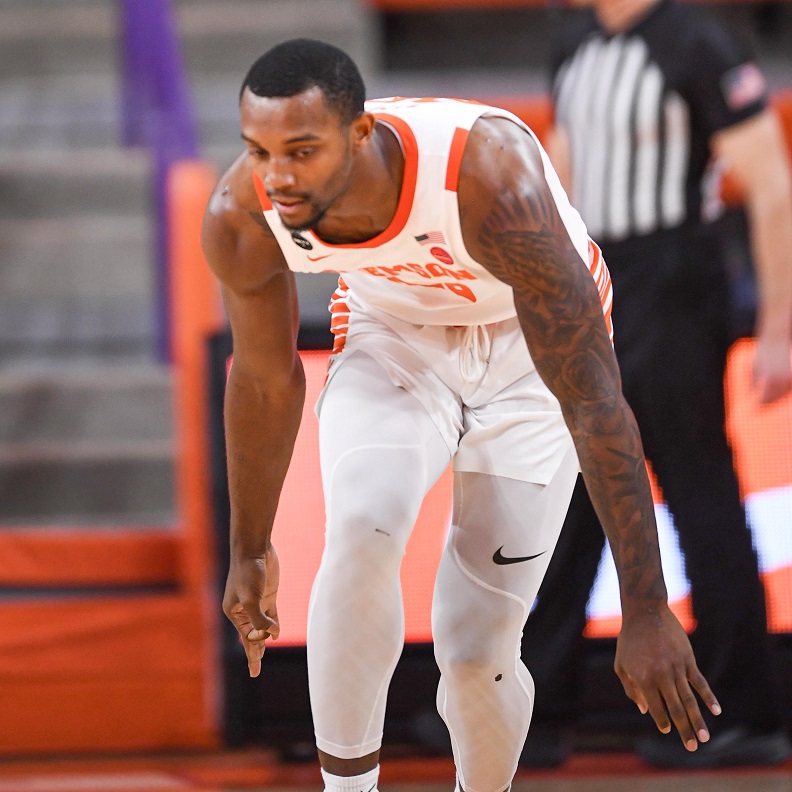 Nick Honor scored 15, shooting 5-8 from beyond the arc. He usually misses his first 3-point attempt or two before he gets hot, but he got the start on Saturday and made his first 3 attempts against Syracuse's 2-3 zone, which gave the Tigers the early momentum, and they never looked back. The Tigers had some trouble with the zone, committing a gaudy 20 turnovers, but they overcame it with great shooting and great defense. Clyde Trapp also had a tremendous game. He scored just 2 points but had 11 assists, 8 rebounds and played great defense with 2 steals in 36 minutes. Freshman O-Max Prosper added 9 points with 5 rebounds in just 15 minutes, so that's like 18 and 10 if he had been in a starting role. Prosper has never lacked for confidence, but it appears that his understanding of the game is starting to catch up with that confidence, and he could provide Brownell with a much-needed additional option in the front court down the stretch, especially when Simms gets in foul trouble as he is prone to do. 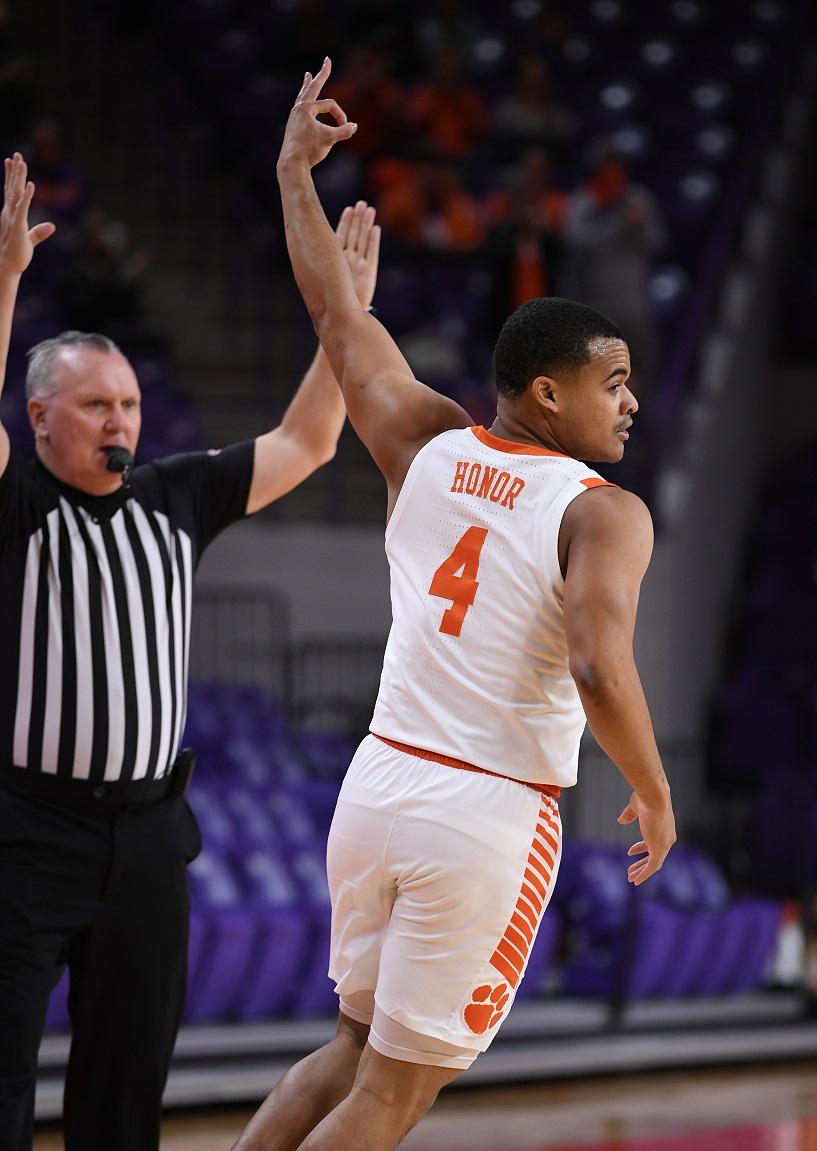 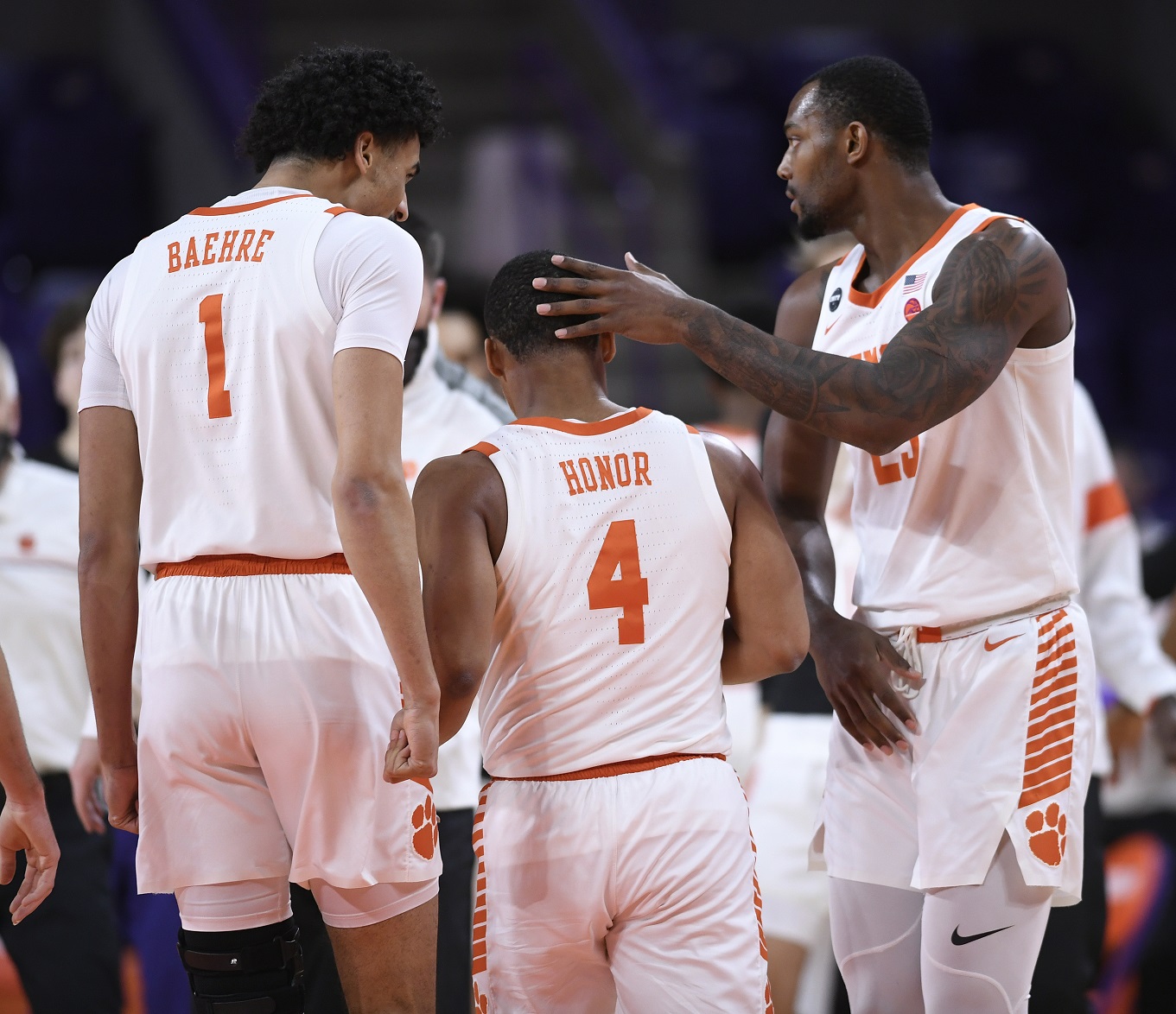 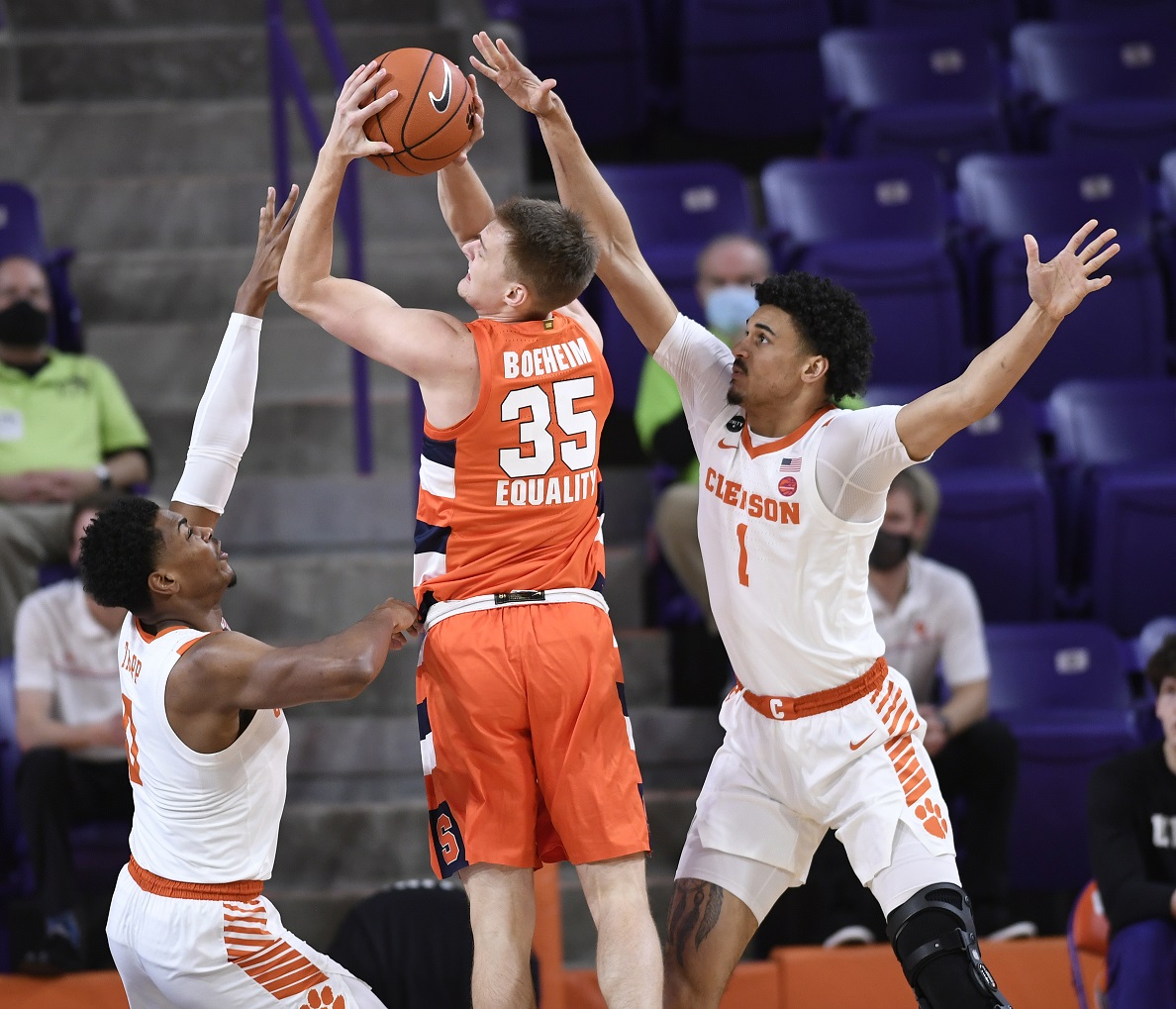 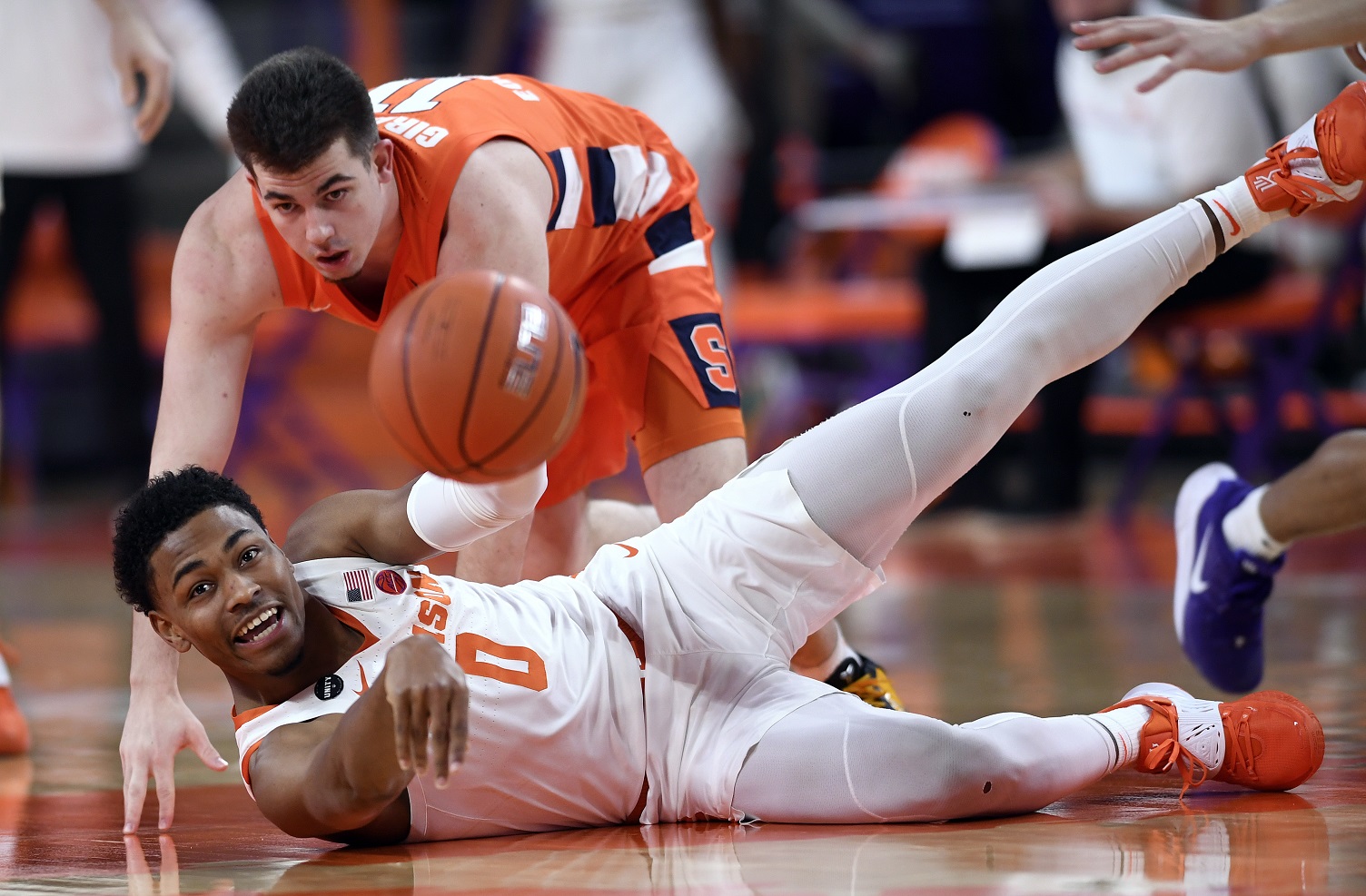 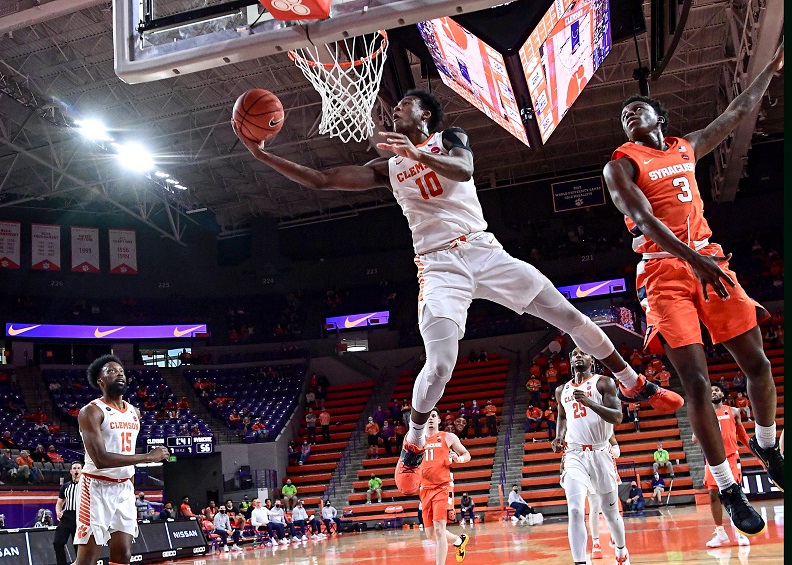 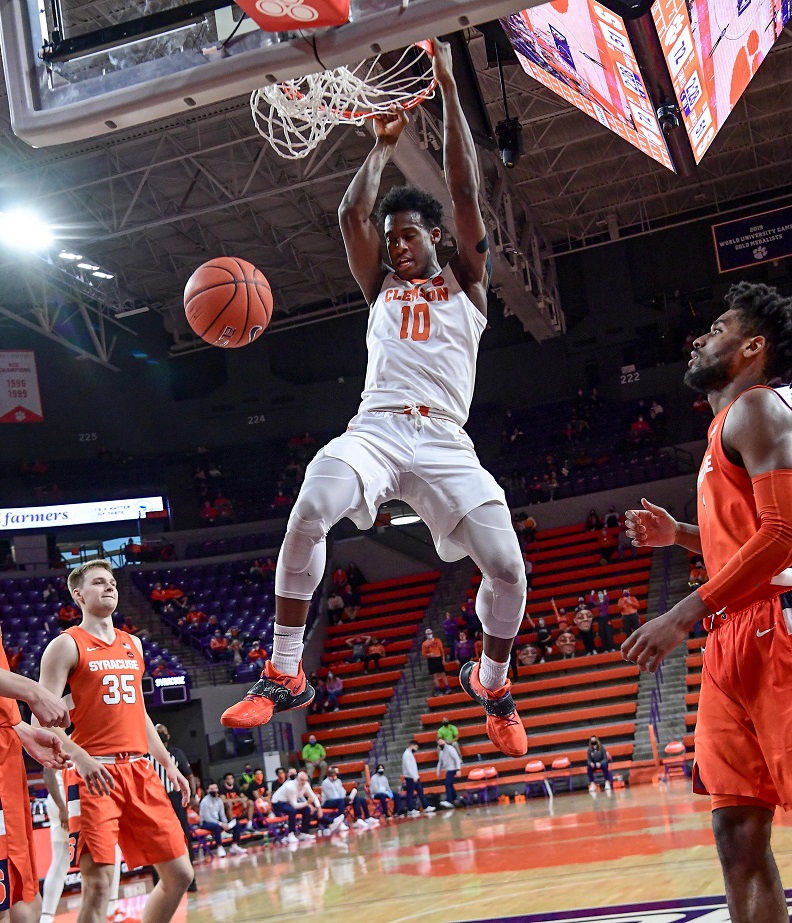 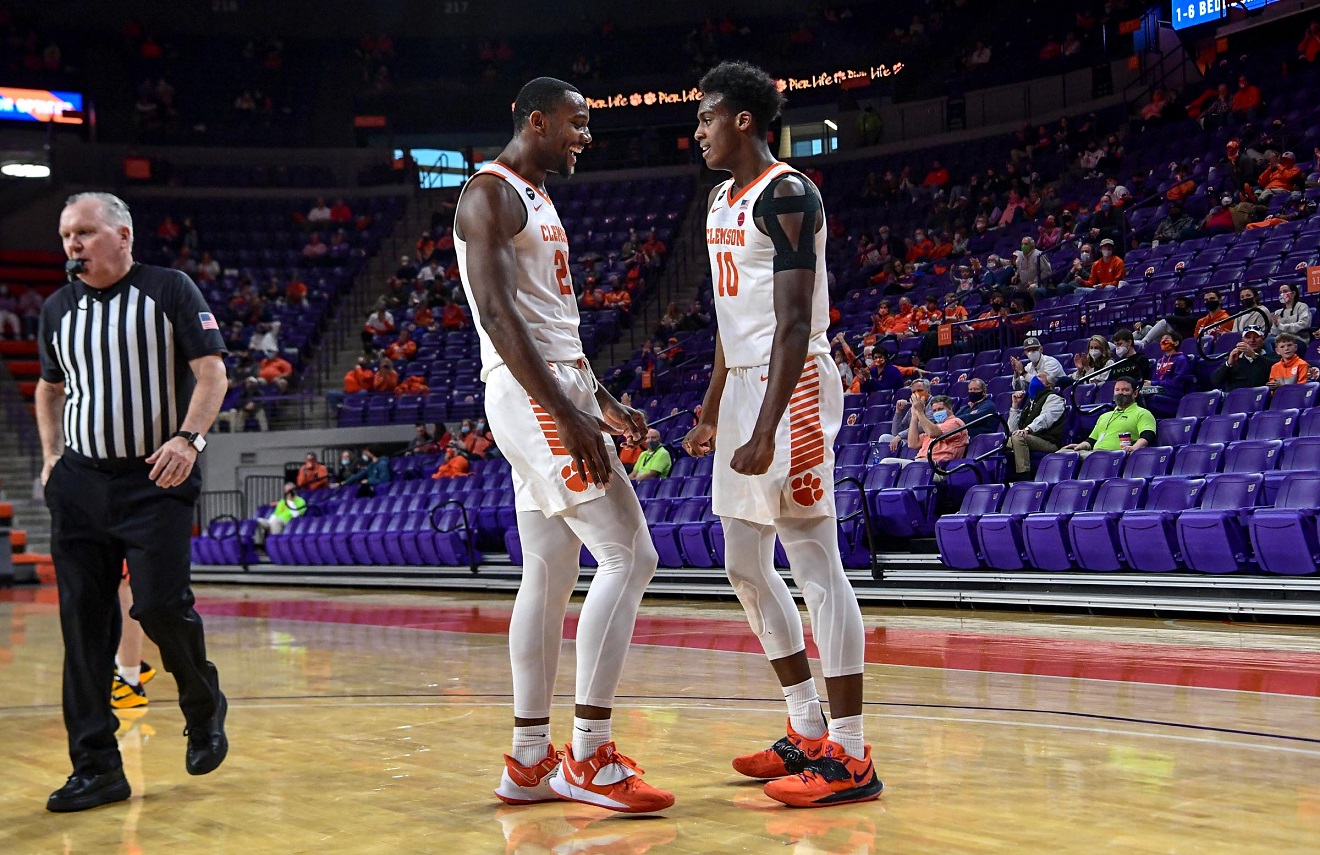 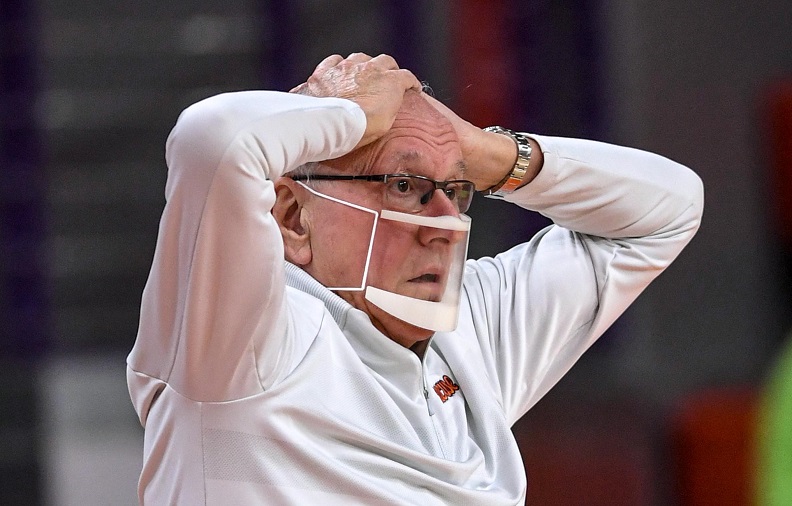 The Tigers shot 52% from the field and were 10-23 from beyond the arc. There aren't many teams that can beat the Tigers when they do that! They have won 3 straight home games, holding their opponents to an average of less than 54 points per. It's their 3rd straight win over Cuse, and they are 7-4 all-time. The Tigers improved to 12-5 (6-5 ACC) and have won 3 of their last 4. It was their first consecutive win in over a month when they won 4 straight, though, so perhaps they will put together another win streak like the one that had them ranked No.12. Their next appearance is a revenge game at home against Georgia Tech on Friday. With the welcome break, I expect the Tigers to make it 4 in a row at home and 3 straight overall, which would put them back in the rankings before heading to South Bend to play a hot Notre Dame team.
Post-game interviews and highlights are below! 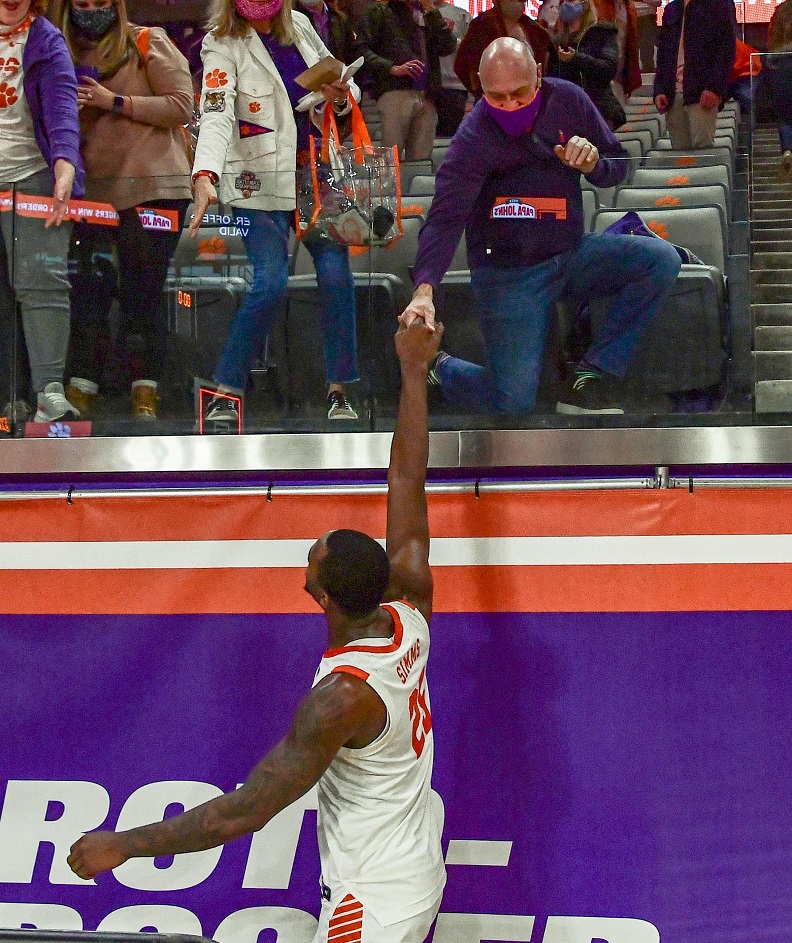