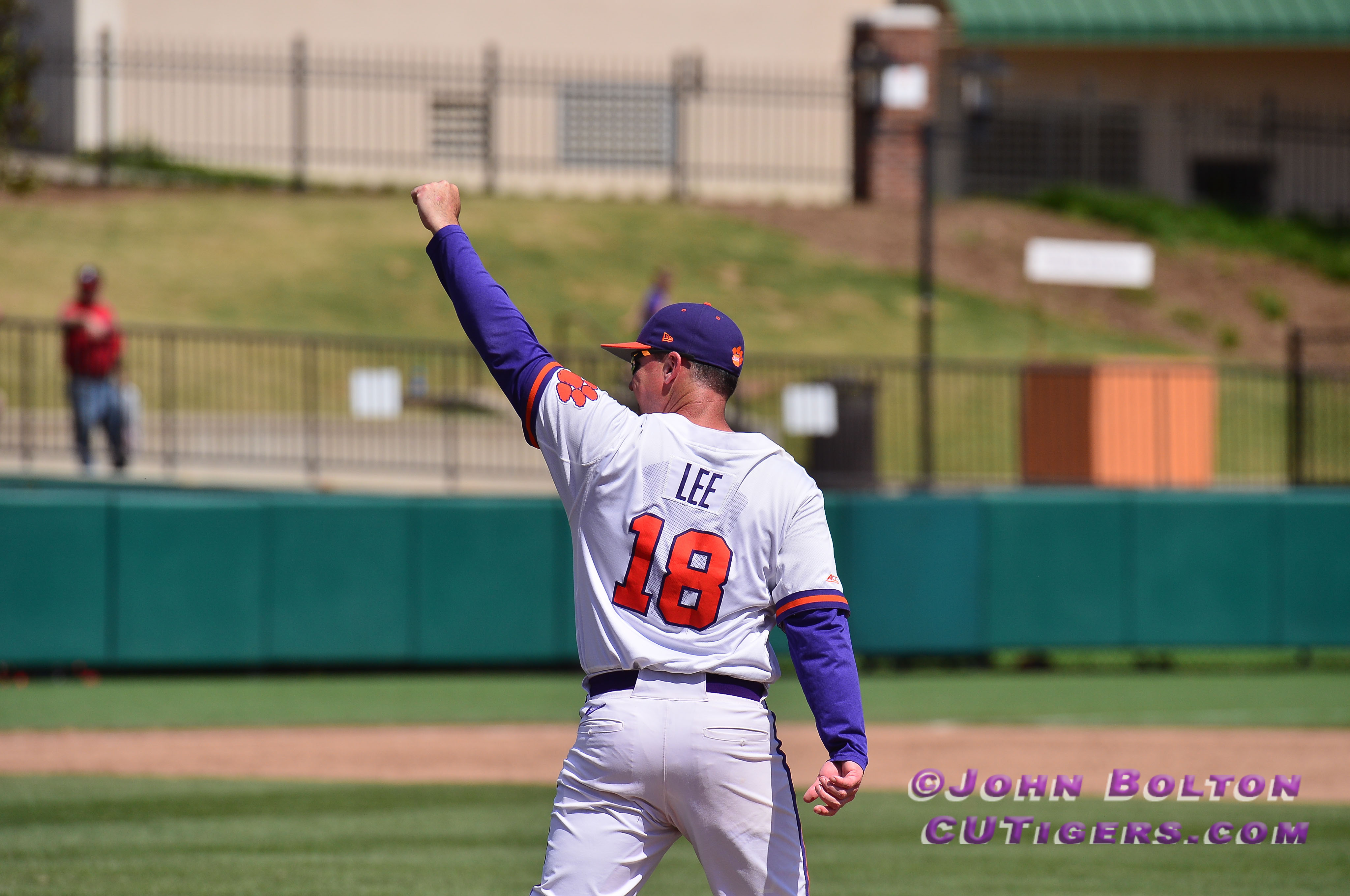 Photo by Trevor Groves CUTigers.com
We just wrapped up with Monte Lee and a couple players to preview this weekend's season-opening series against Cincinnati. We knew Davis Sharpe would be the Friday starter, and Monte announced that Tyler Olenchuk will start on Saturday with two-way true freshman Caden Grice starting on Sunday. As I repored a few weeks ago, redshirt freshman Geoffrey Gilbert will replace Carson Spiers as the Tigers' closer.
Monte also revealed to me that starting center fielder Sam Hall has an injury and will be out for the next 2 or 3 weeks. He would not elaborate on the injury, but it must have occurred recently. I didn't get a chance to ask him who would start at center in Hall's absence. My guess would be Teodosio, who is a very good defensive center fielder but has been inconsistent at the plate. Another option would be to move Kier Meredith over from left. We'll see! Finally, Monte told me that Hackenberg, who led the team in RBI's last season, will be out all weekend, as I reported a few weeks ago would likely be the case. He has an arm injury and will be out another couple weeks, meaning he will miss the Palmetto Series, which is early this year. Monte told me that French would start behind the plate on Friday, but he expects to play freshman Cooper Ingle as well.
In addition to Monte, we spoke with Elijah Henderson and Carter Raffield. Henderson had a red-hot start to the 2020 season, batting .323 with an on-base percentage of .456 and 2nd on the team in RBI's. Raffield redshirted in 2019 due to Tommy John surgery but looked great in his hand full of appearances out of the pen last season. He told me that he will start the season as the mid-week starter.
The full interviews are below!
MORE CLEMSON BASEBALL, SOFTBALL AND FOOTBALL COVERAGE HERE