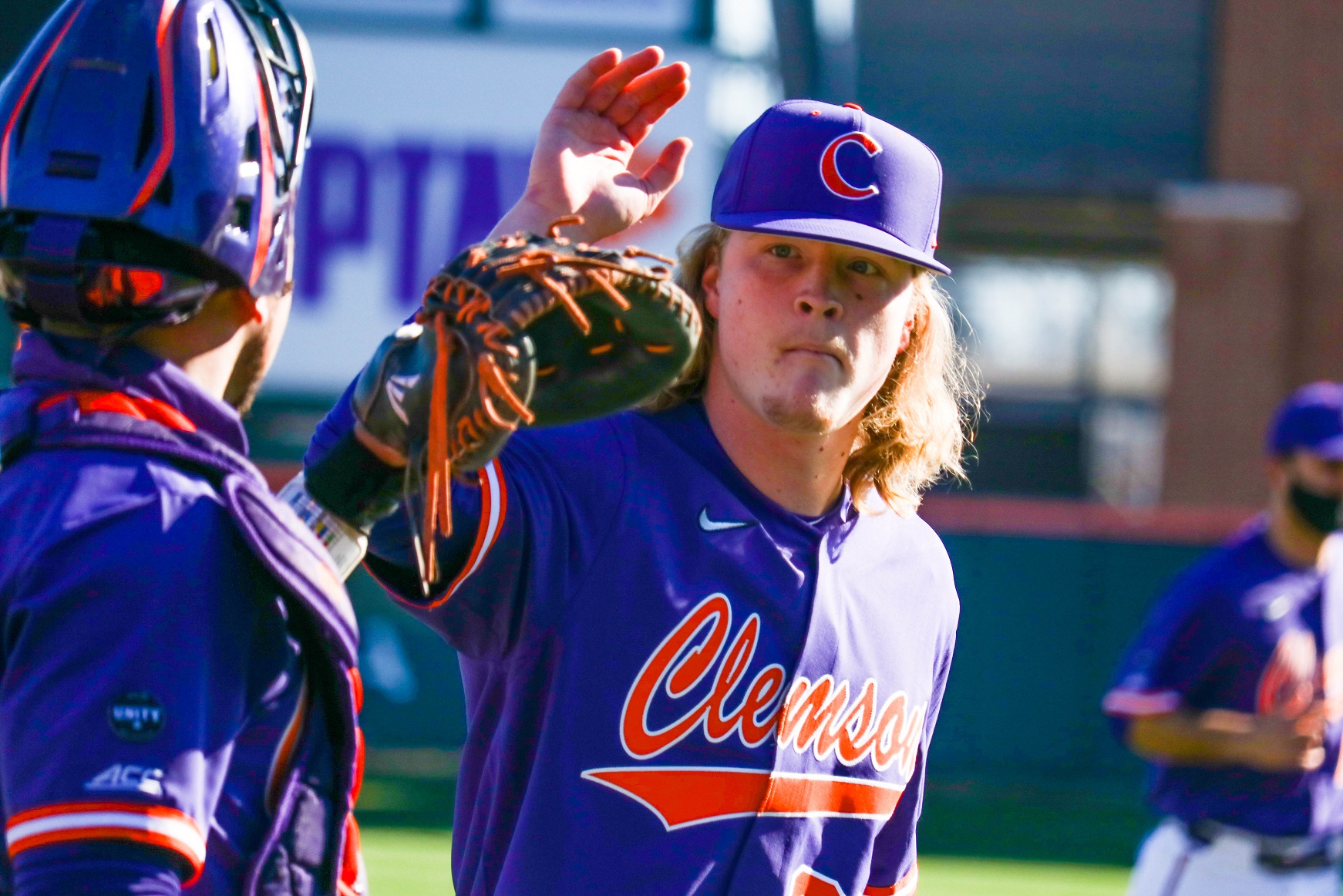 CLEMSON, SC - Freshman Ty Olenchuk picked up his first career win and redshirt freshman closer Geoffrey Gilbert his first save of the season as the Tigers followed up Friday's 5-0 win over Cincy with a 5-2 win on Saturday to clinch the series. Elijah Henderson, who started last season on fire, is hitless through the first two games. But the good news for the Tigers is that they've still scored 5 runs in each of the first two games without the help of Henderson, Hackenberg, Hall and Meredith. Or Sharpe, for that matter, who was given a day of rest after starting the opener on the mound. Monte elected to play Hawkins at first base and DH freshman Caden Grice, who was 2-4 with a RBI double on Friday. The pitching so far has been outstanding, as I expected.
Gilbert, a Charleston native, was upset that we didn't ask him about next weekend's series against South Carolina. I would have, as I did with Olenchuk, but Gilbert may have to make an appearance on Sunday, and you don't want them to look past the next game! The Tigers will go for the sweep on Sunday with 2-way freshman Caden Grice making his debut on the mound. Post-game interviews are below!
MORE CLEMSON BASEBALL AND FOOTBALL COVERAGE HERE