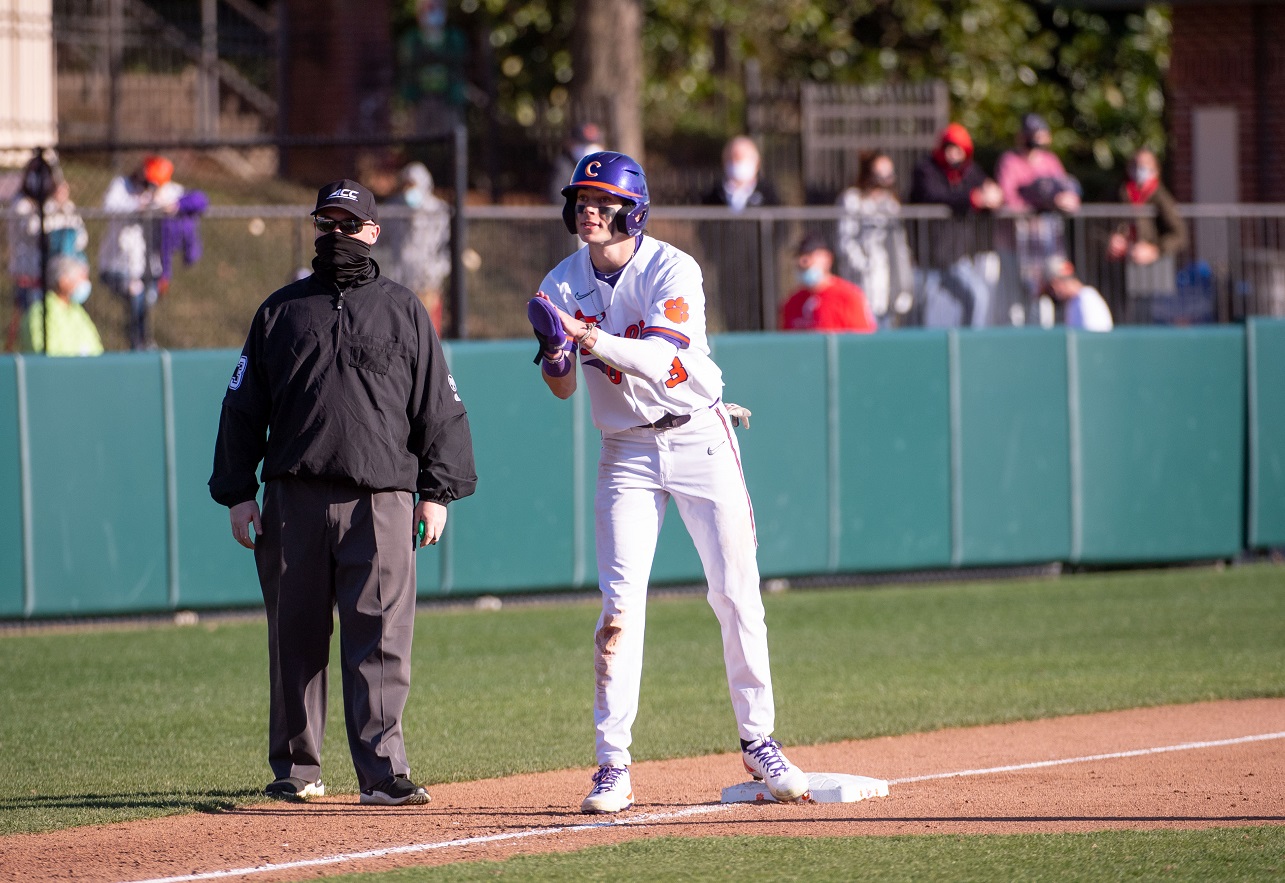 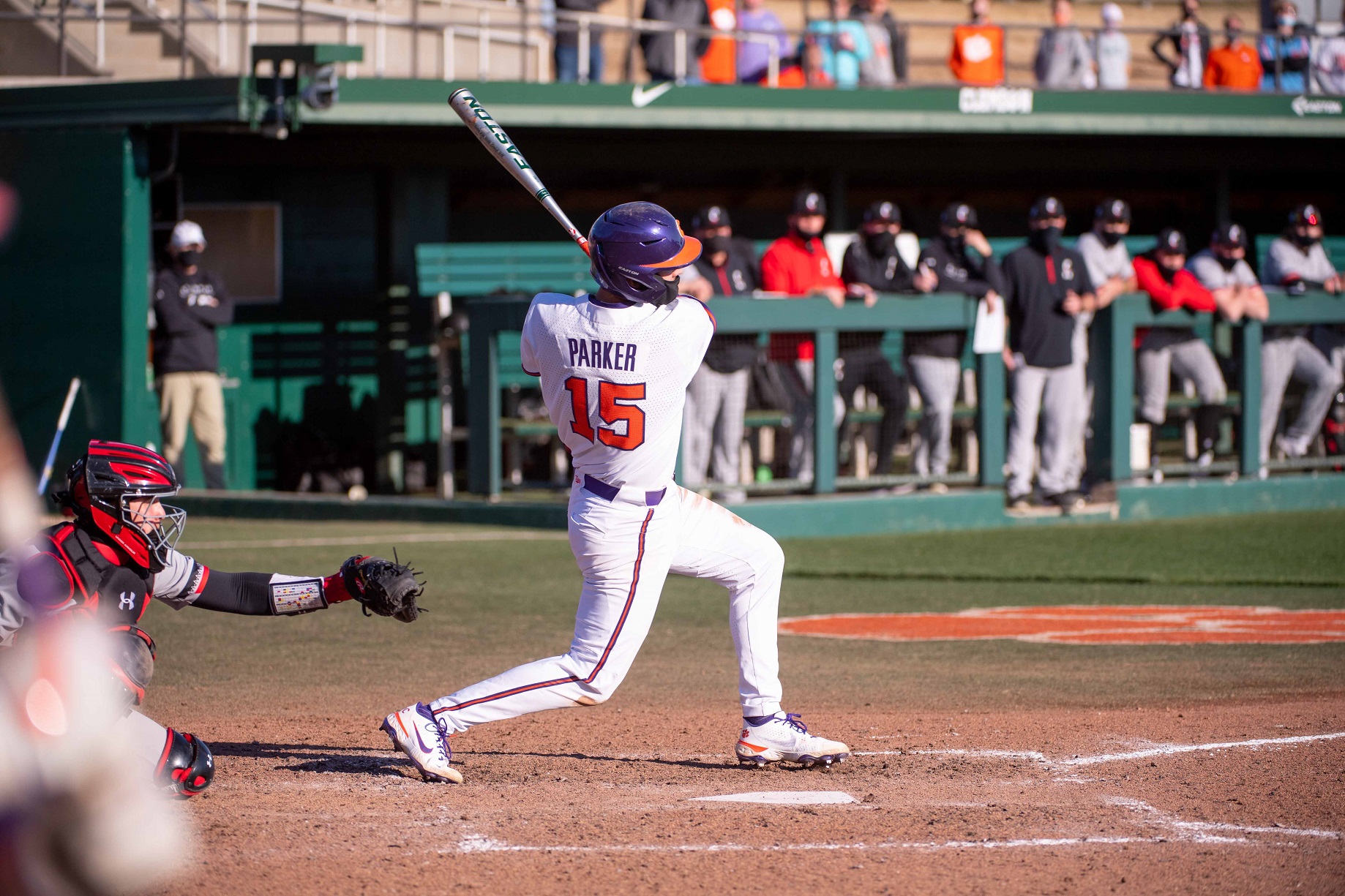 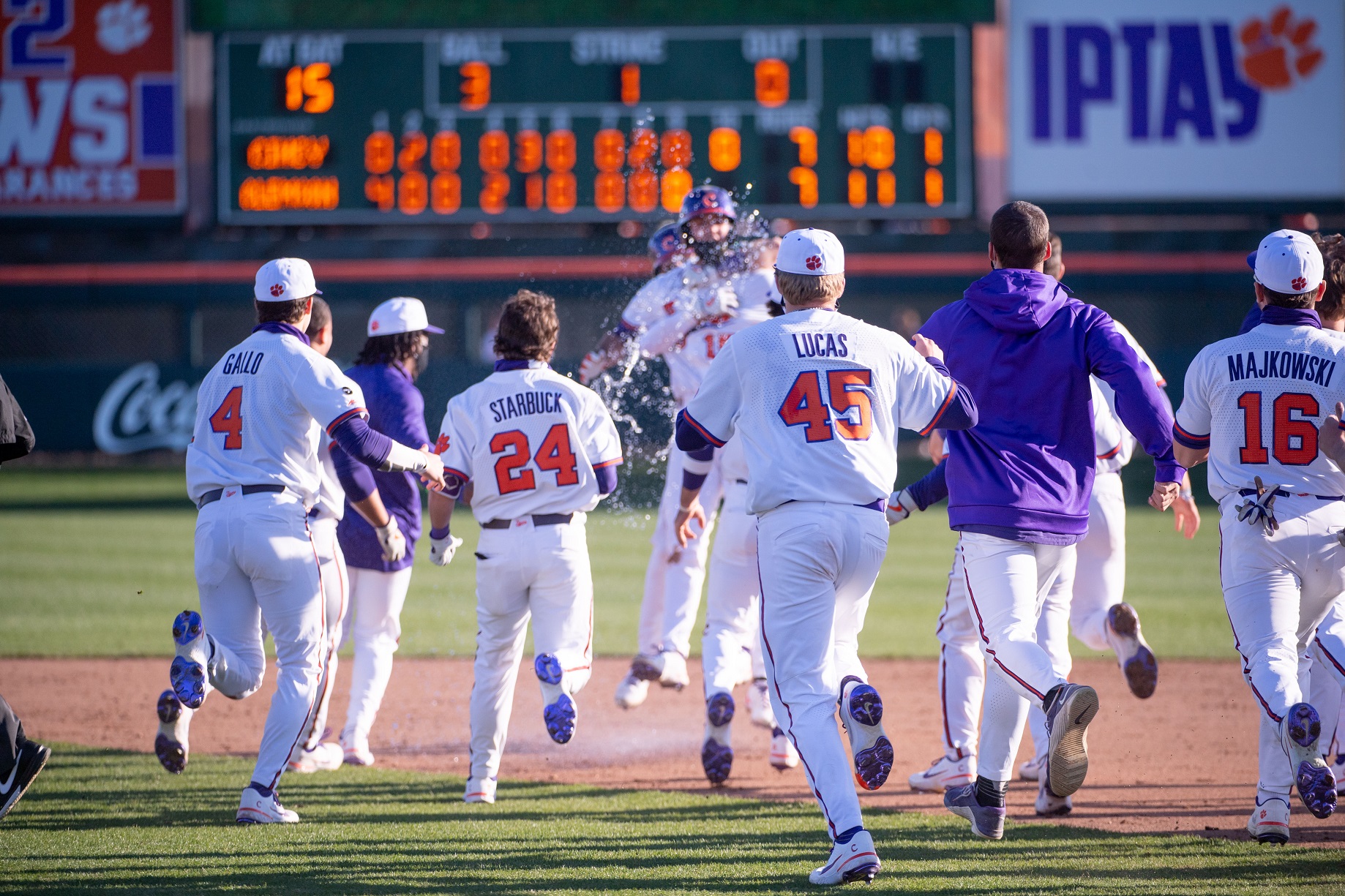 CLEMSON, SC - James Parker was the walk-off hero with his shot to the warning track in center to win the game in the 10th! He also had a 2-run HR in the 1st, as did redshirt freshman Dylan Brewer for his first career homer. Fellow redshirt freshman catcher Jonathan French added his second HR of the series, and redshirt freshman Nick Hoffman picked up his first win of the season out of the pen. Preseason All-American Davis Sharpe made his season debut at the plate, and was 1-3 with a huge 2-out RBI double in the 5th that gave the Tigers their 7th run, which they eventually needed. He was also hit by a pitch. 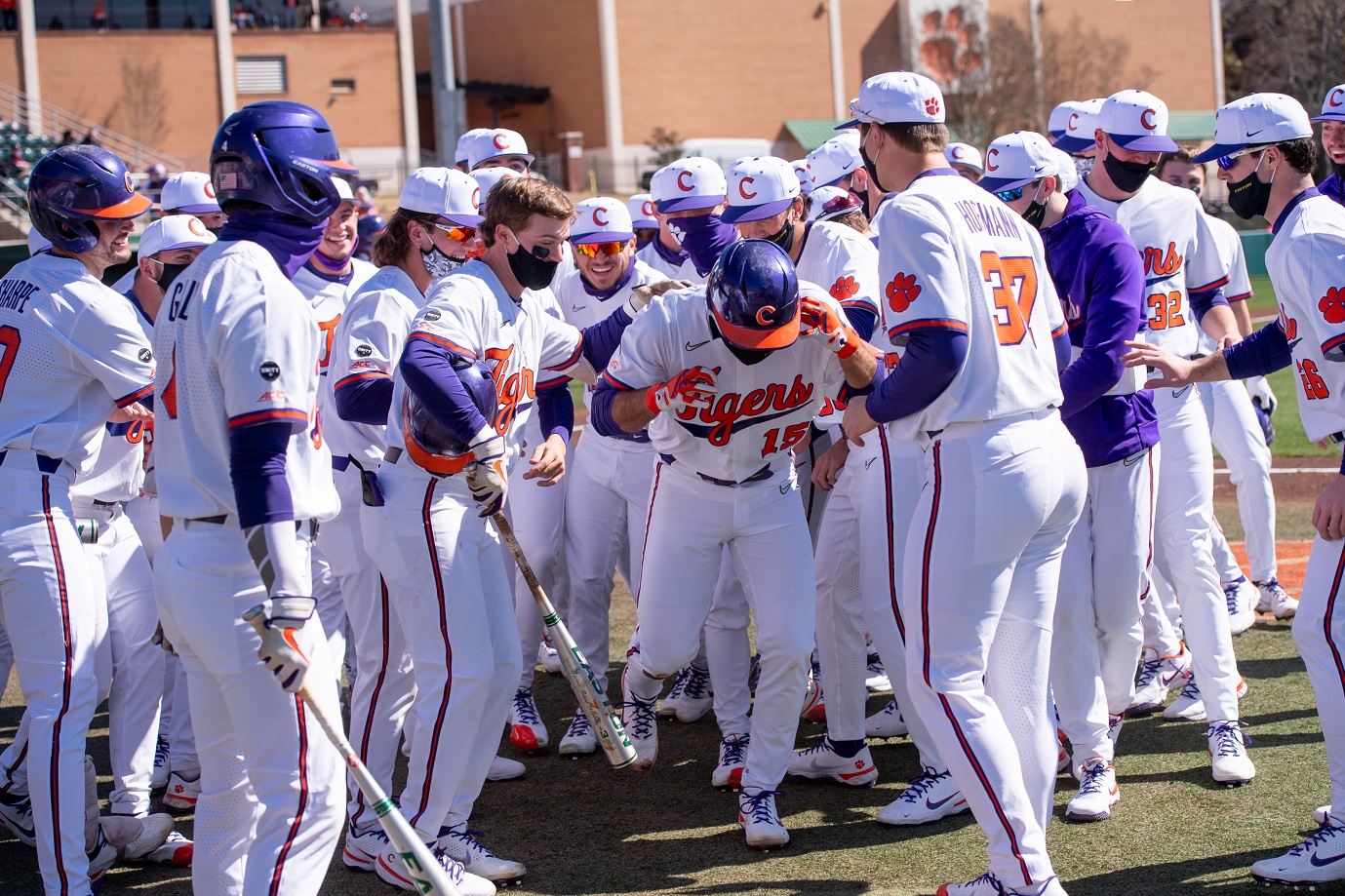 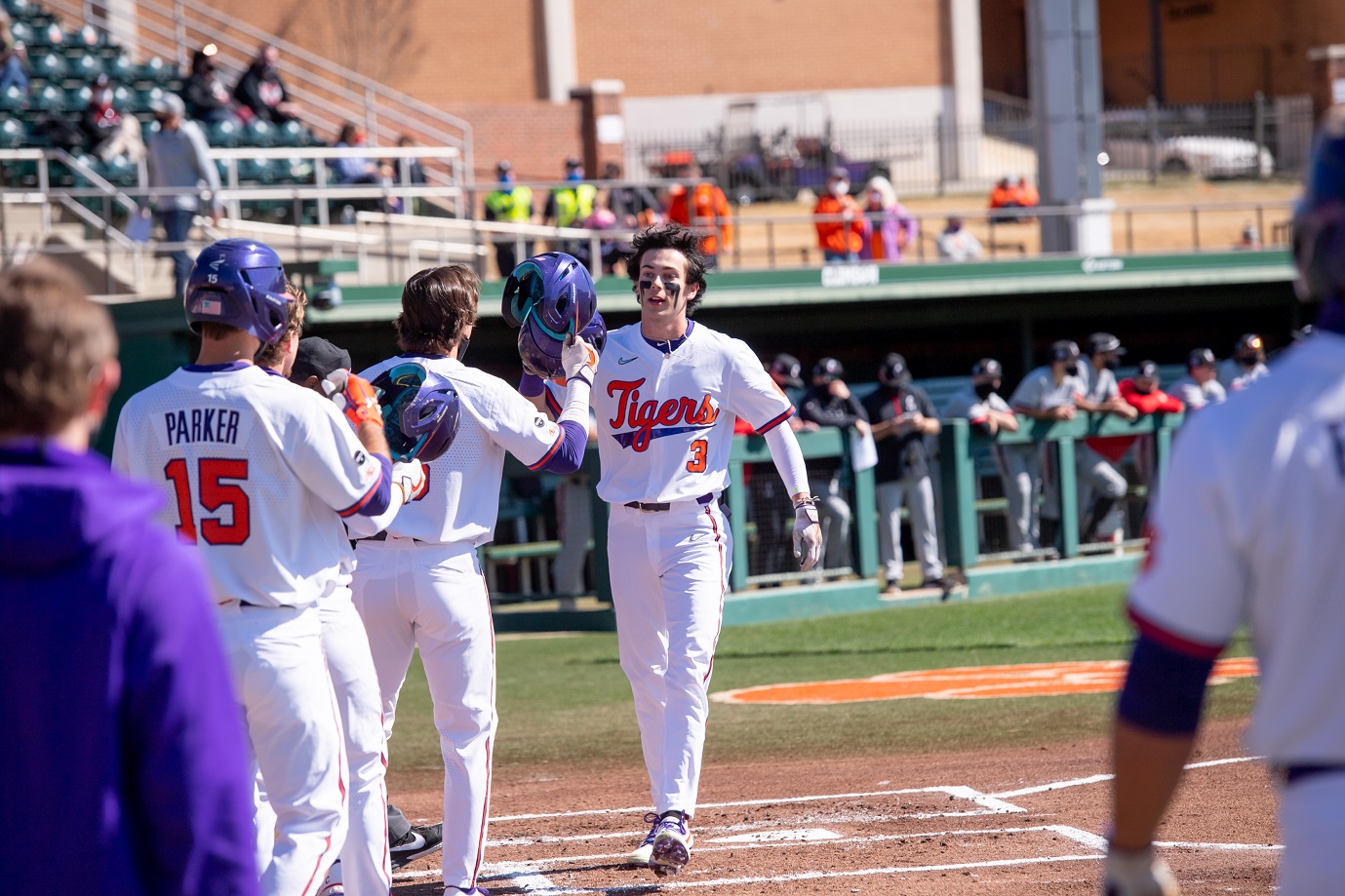 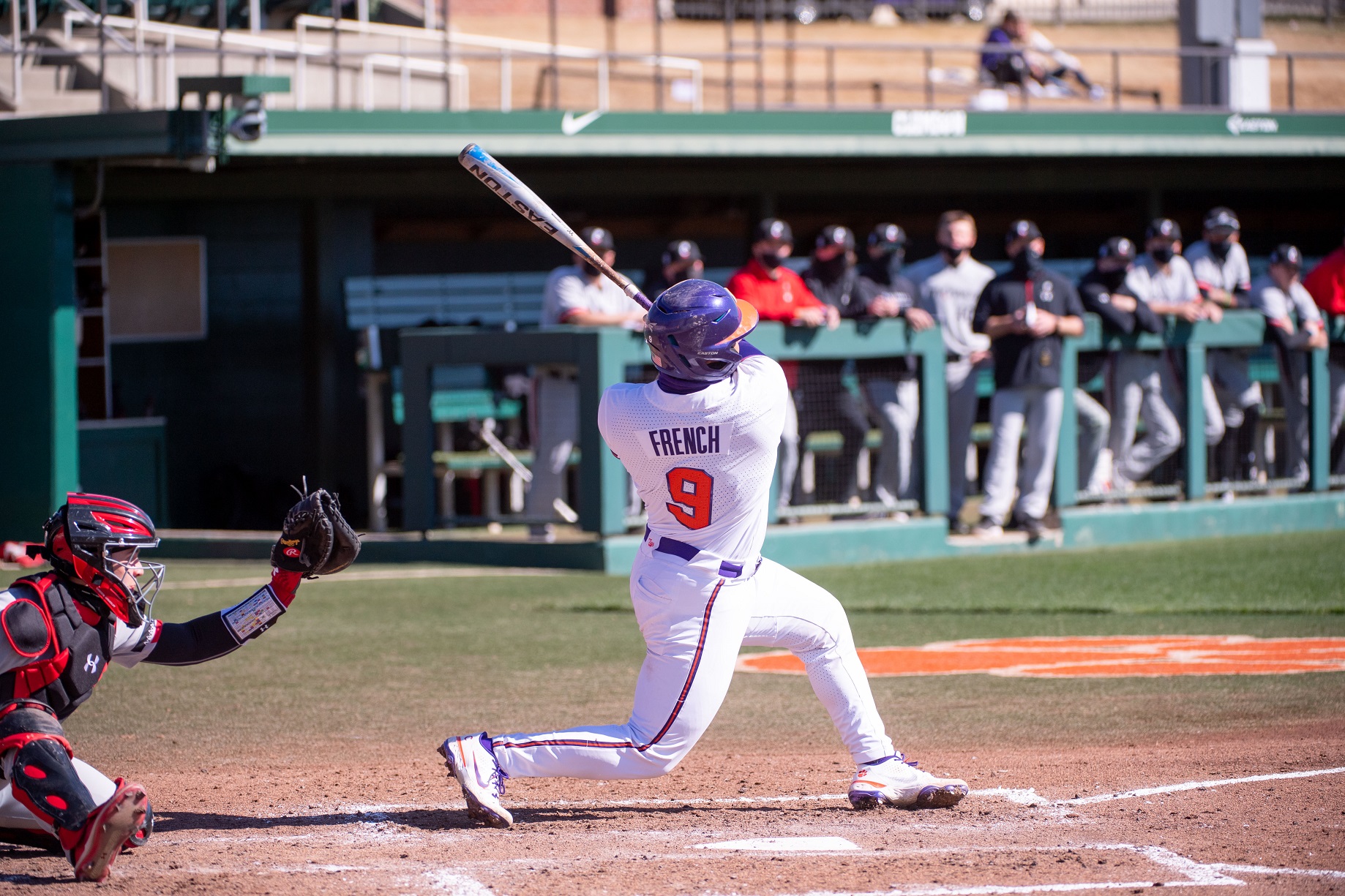 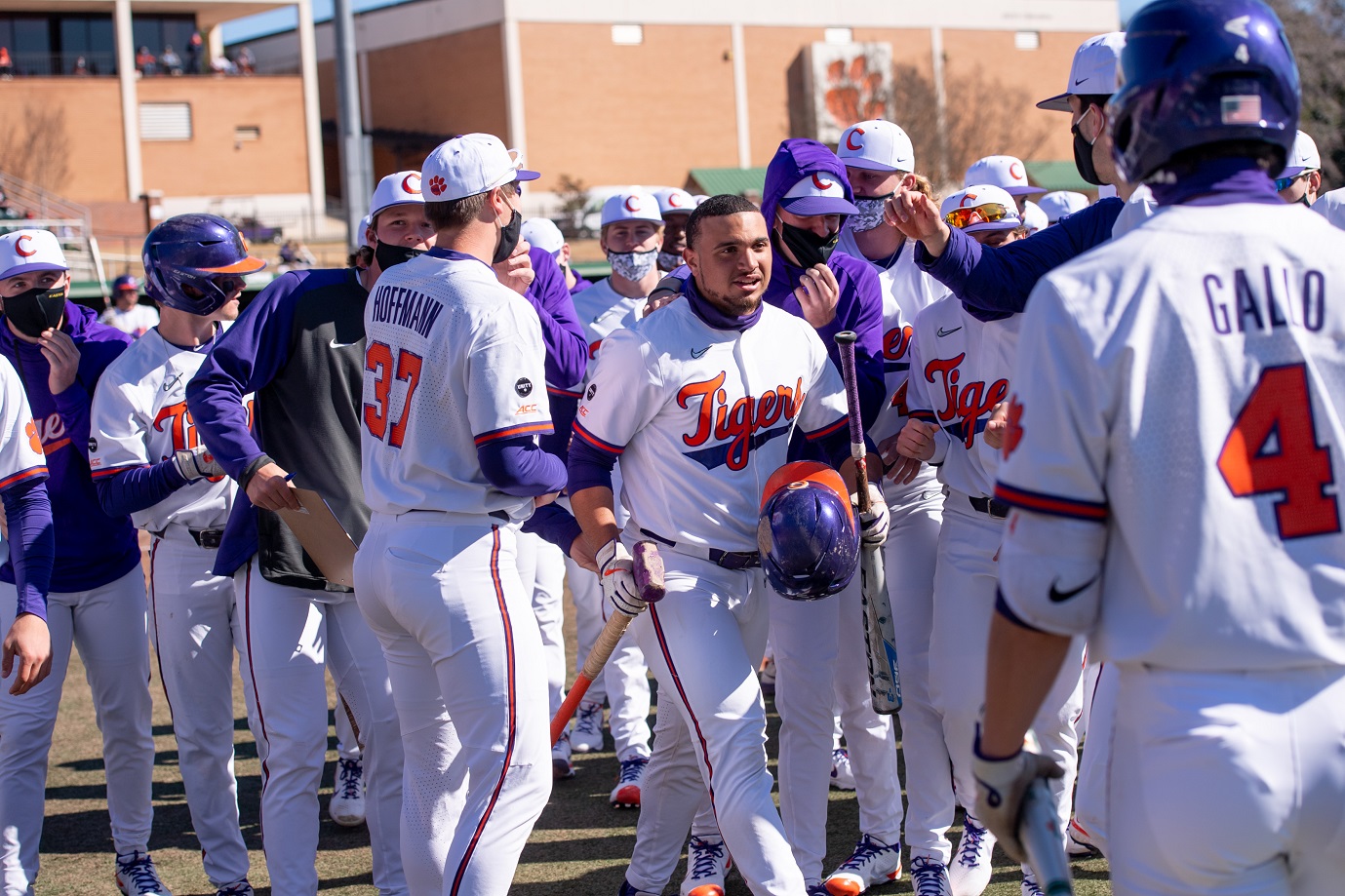 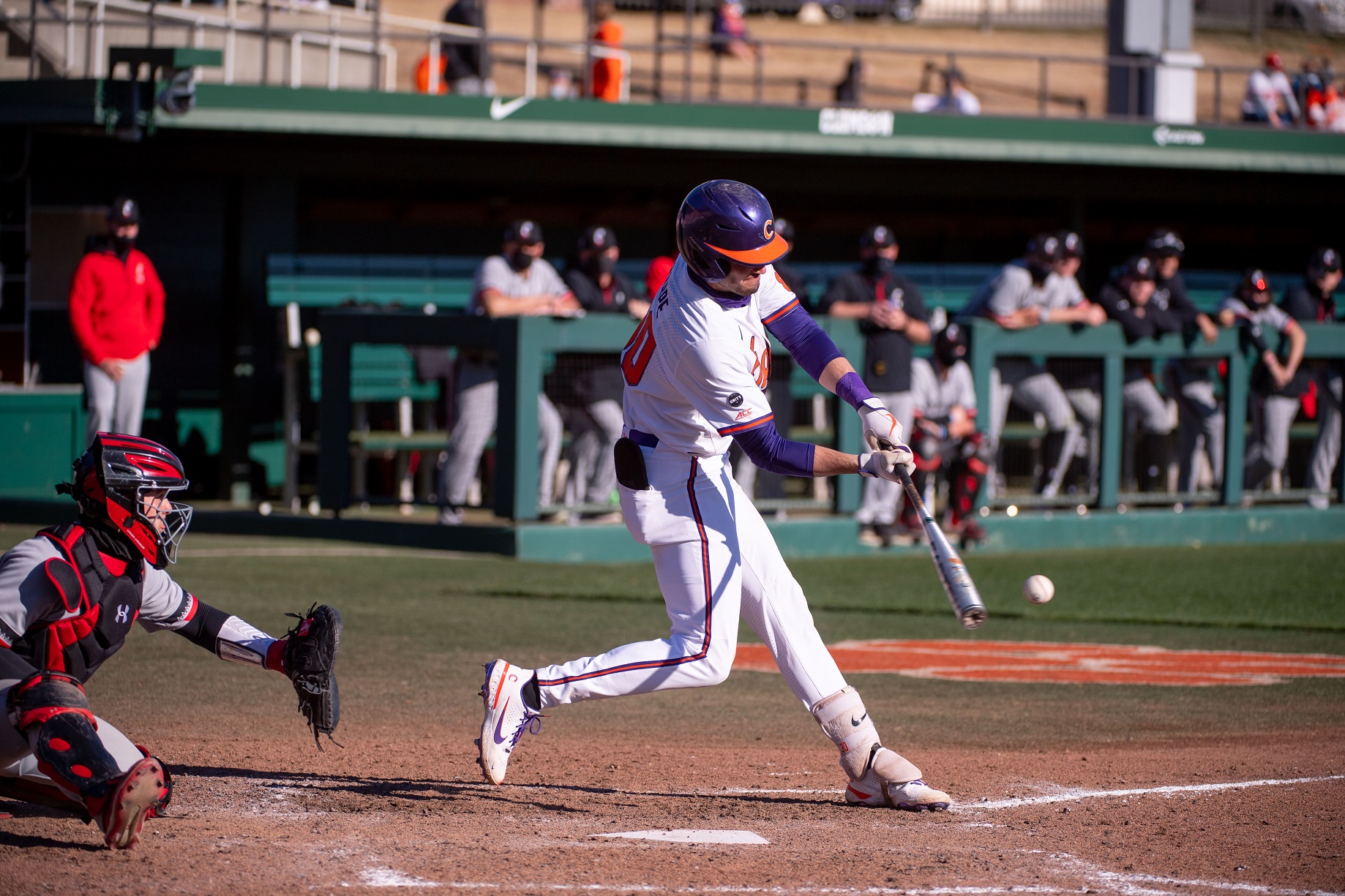 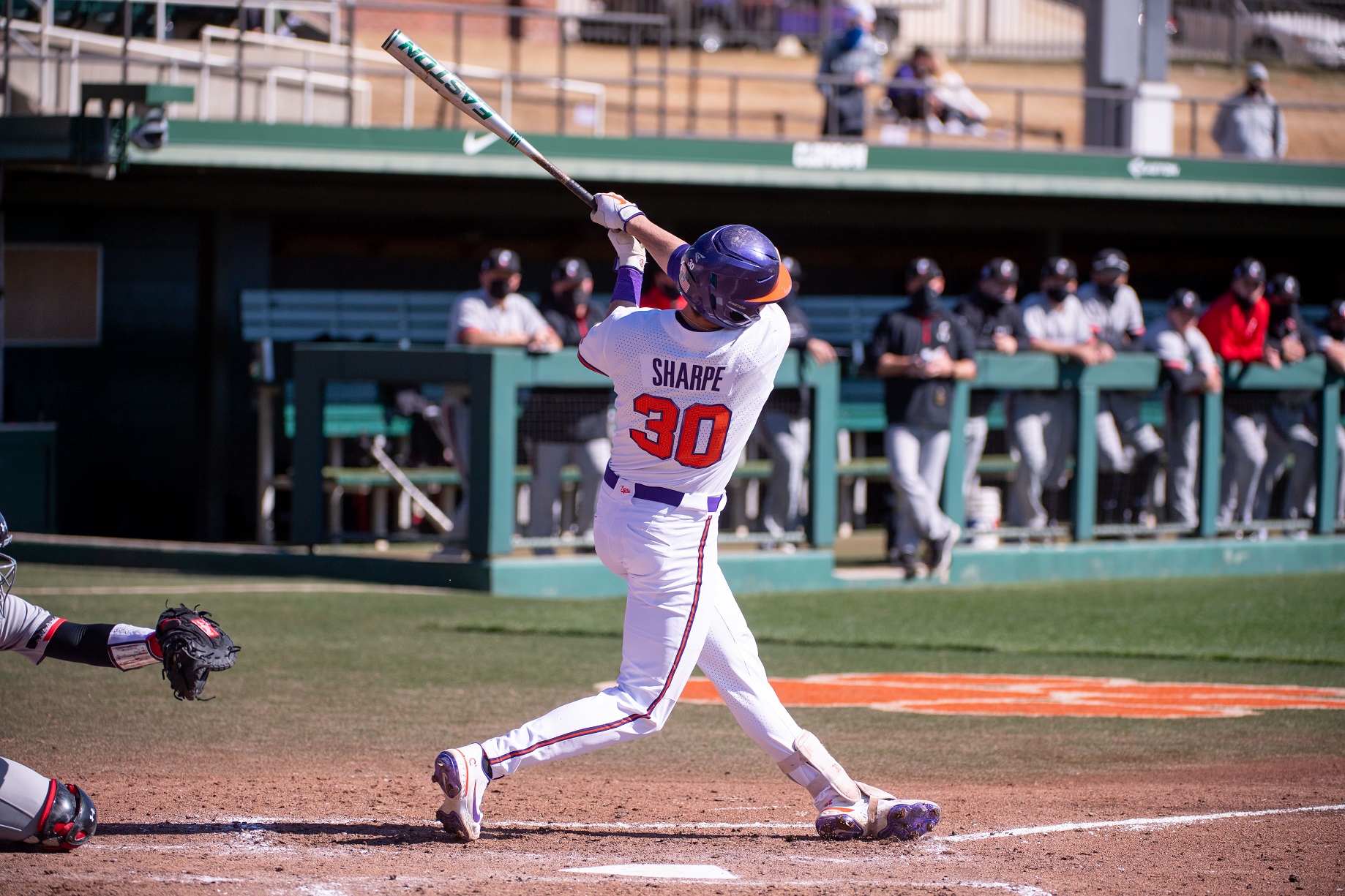 Parker batted .455 in the series and came close to a few more homers. Monte said to me after the game that Parker is one of the best shortstops in the entire nation and doesn't get the credit he deserves. That's probably because they only played 17 games last season! I could see last season that he was a great defensive short and a good hitter, but he's taken it to another level and appears to be the next great Clemson SS, following guys like Logan Davidson and Brad Miller. 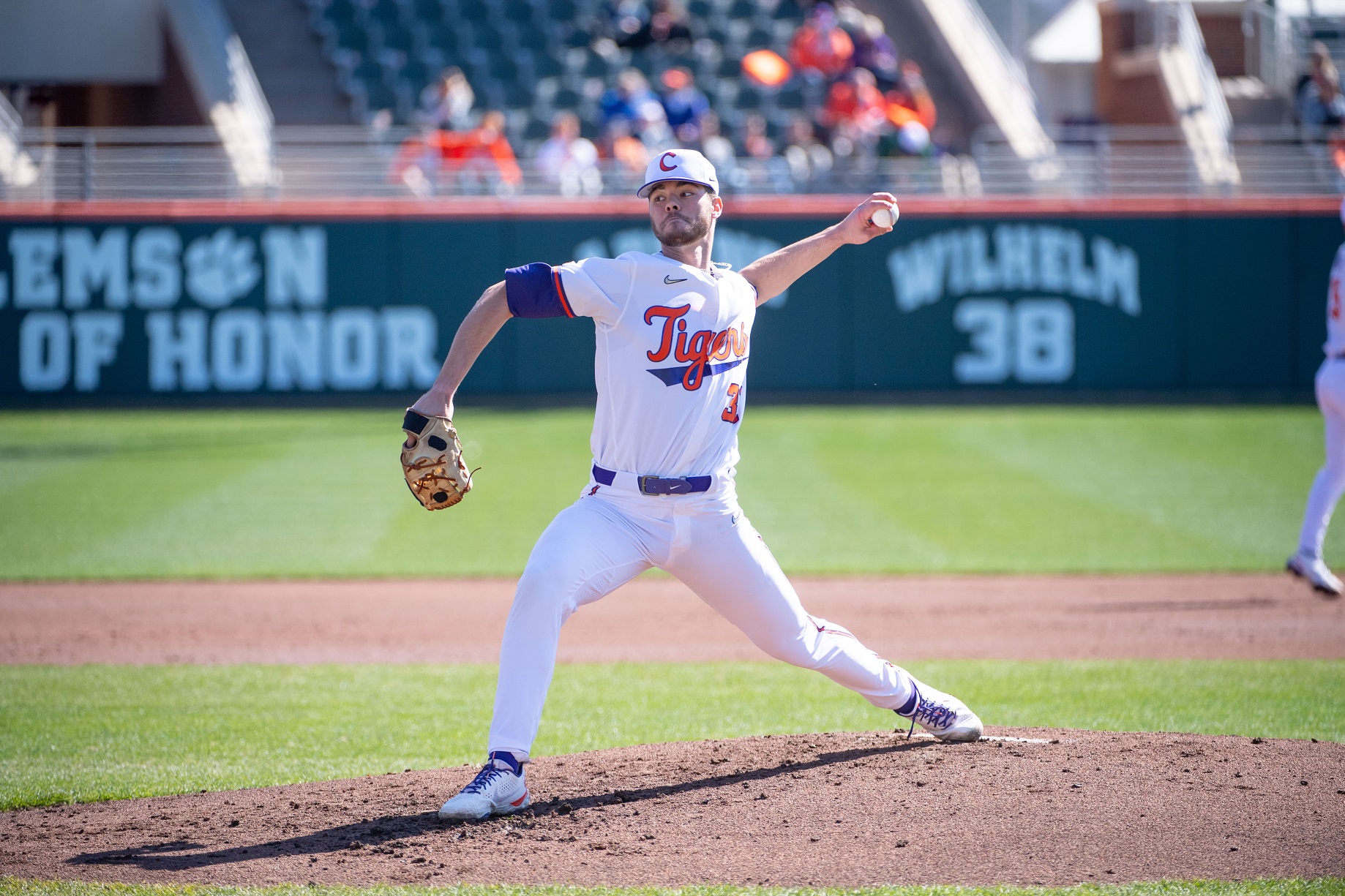 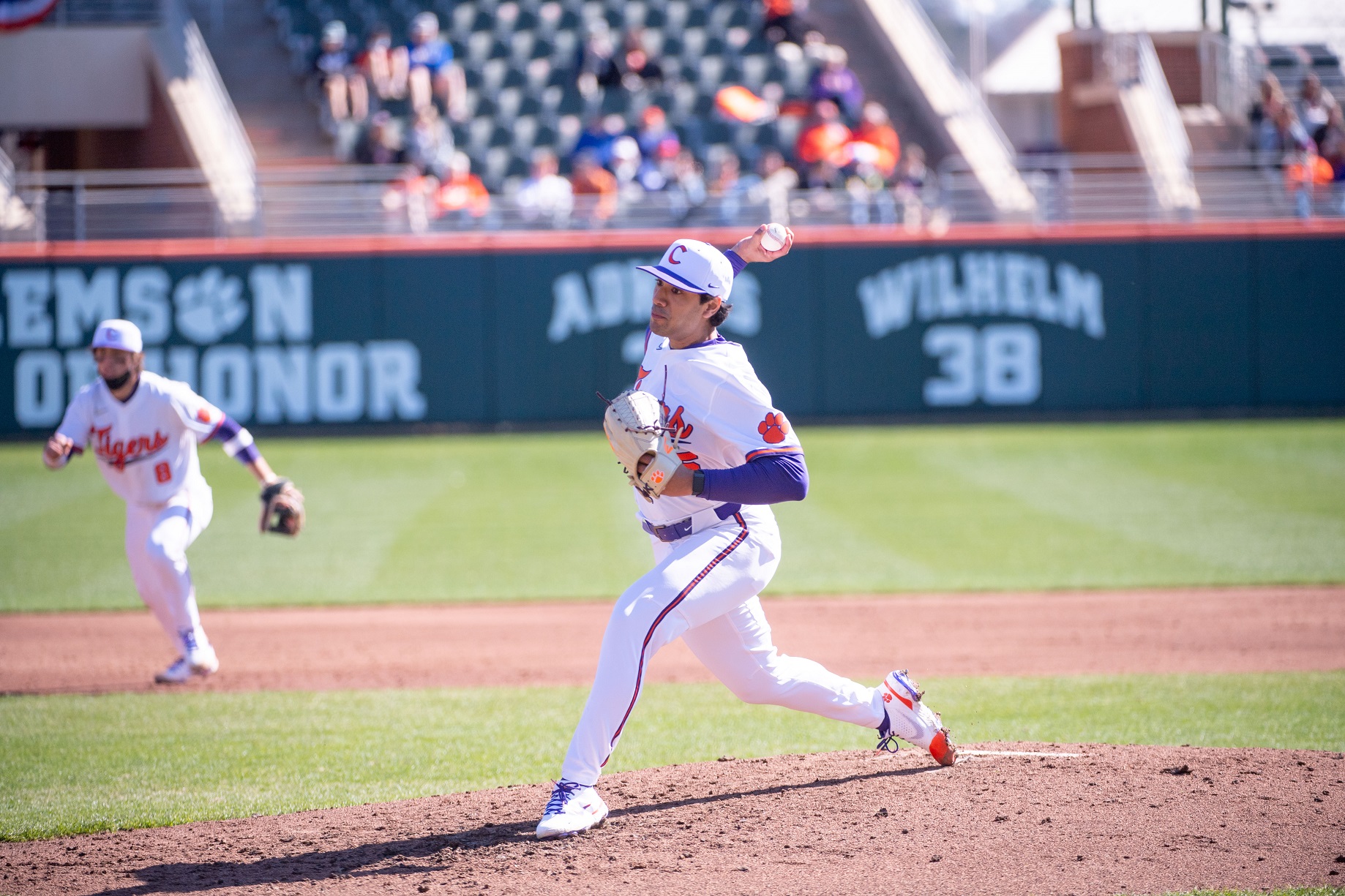 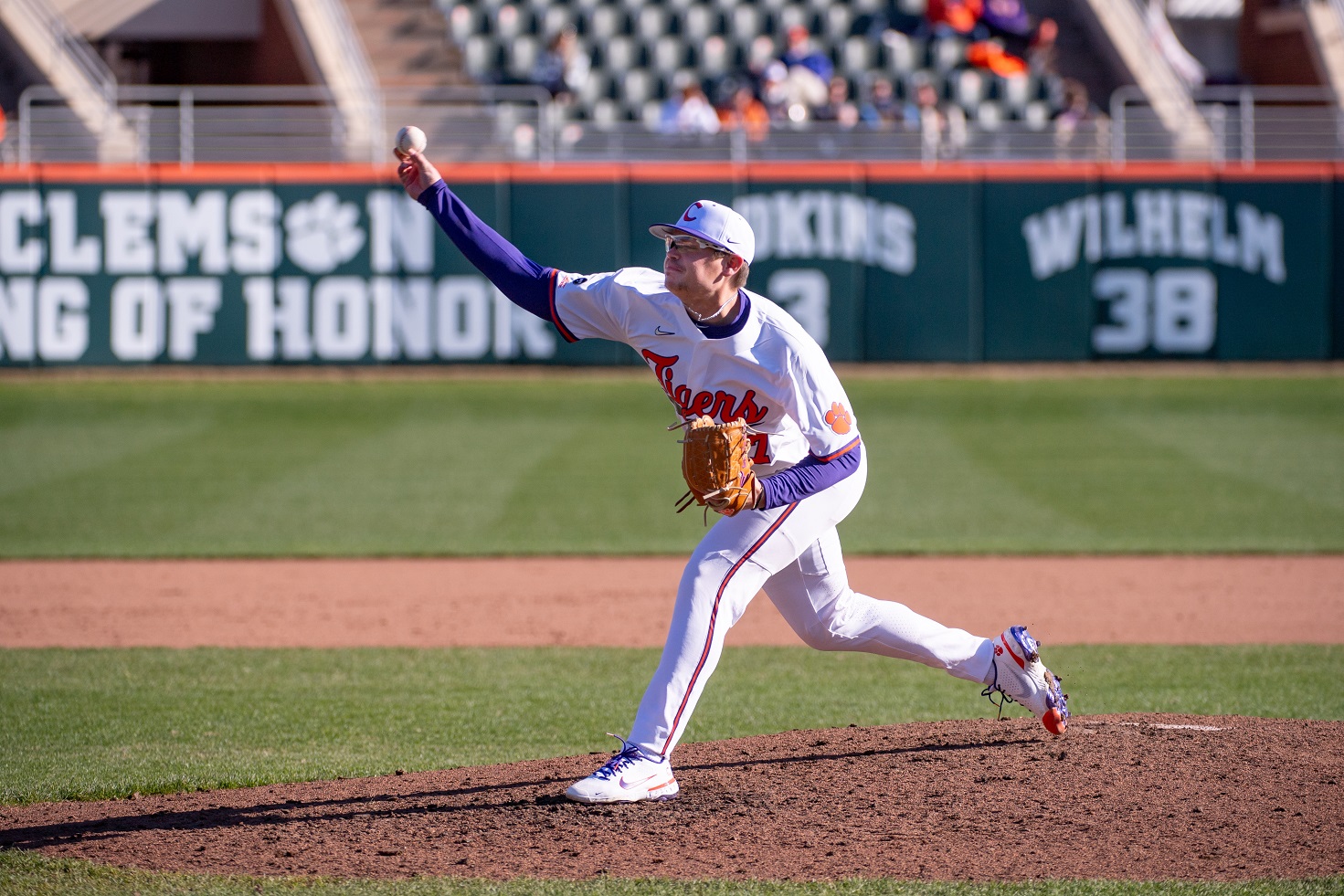 Two-way freshman Caden Grice made his debut on the mound, and he didn't have the smooth start that he did at the plate on Friday. In 2 innings, he allowed 2 earned runs on 2 hits and 3 walks. He did strike out a pair before handing the ball over to Wofford grad transfer Rasesh Pandya, who got the Tigers out of a 7th inning jam on Saturday. Pandya got out of the 3rd ok, but gave up an RBI single after a walk and an error by freshman Blake Wright at 3rd, who had been solid defensively all weekend. Ammons would come in to relieve Pandya and promptly gave up a single for 2 more runs. That cut the Tigers' lead to 6-5, but Sharpe came up with a clutch 2-out double in the bottom half to give the Tigers a crucial insurance run, which they would need later. Redshirt freshman Mack Anglin struck out the side after a leadoff single in the 6th and went 1-2-3 in the 7th, but he got into trouble in the 8th. After loading the bases on full count with one out, it looked like the Tigers would dodge a bullet with a double play, but the runner was safe at 1st by a nanosecond, which made it a 7-6 game with runners at the corners. If Hawkins had Grice's reach at 1st base, the Tigers would have been out of the inning safely. That's how close it was. Monte Lee elected to stick with Anglin with the tying run on 3rd, and it would cost them. Anglin gave up a single to tie the game, and redshirt freshman Nick Hoffman came in from the pen. He was able to get the third out and pitched a perfect 2.1 innings to pick up his first win of the season. I asked Monte after the game if he considered using their closer Geoffrey Gilbert, who threw just 21 pitches on Saturday in posting his first save, and Monte said that they wanted to rest him and felt good about Hoffman getting the job done, which he did indeed. 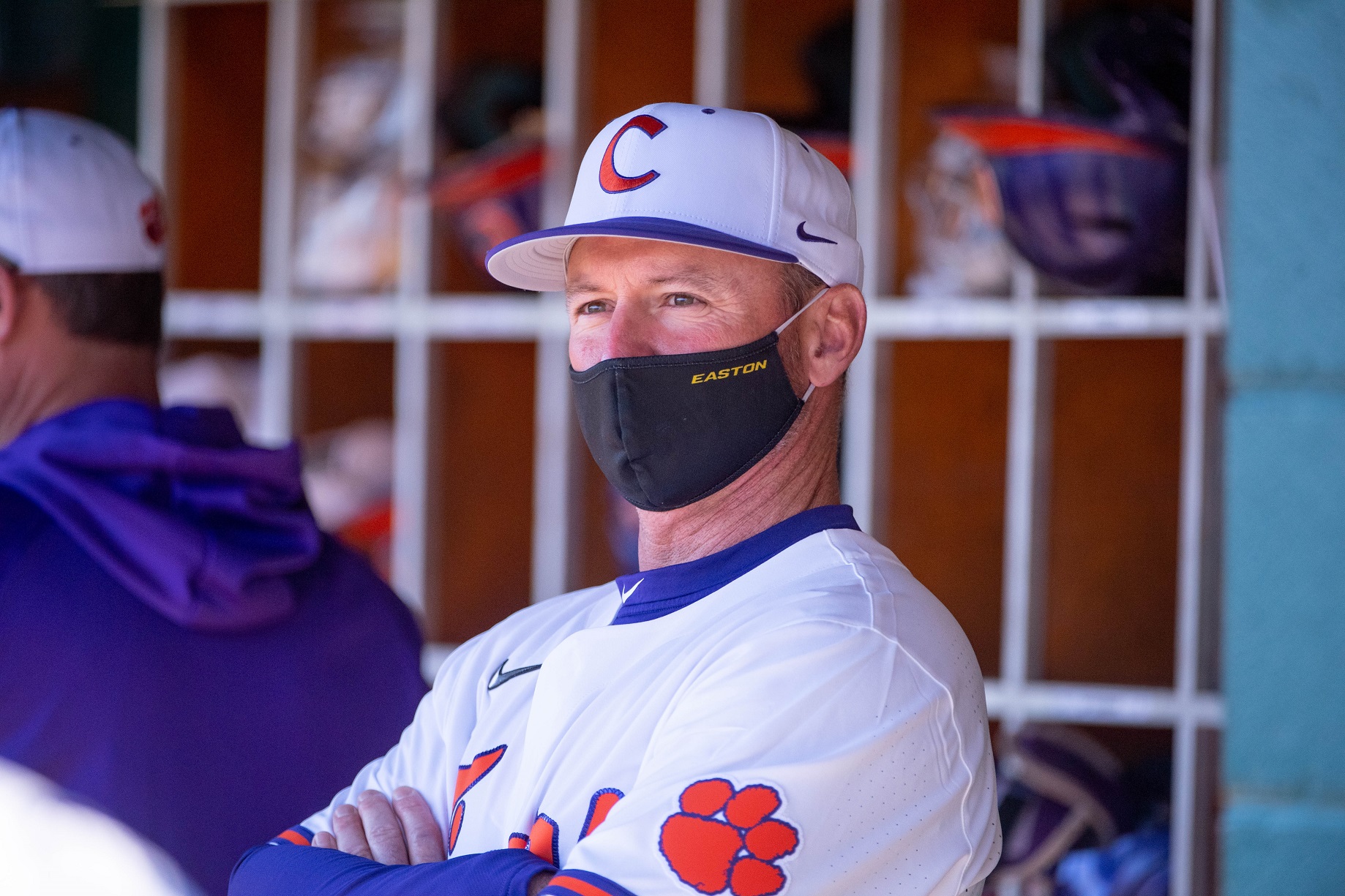 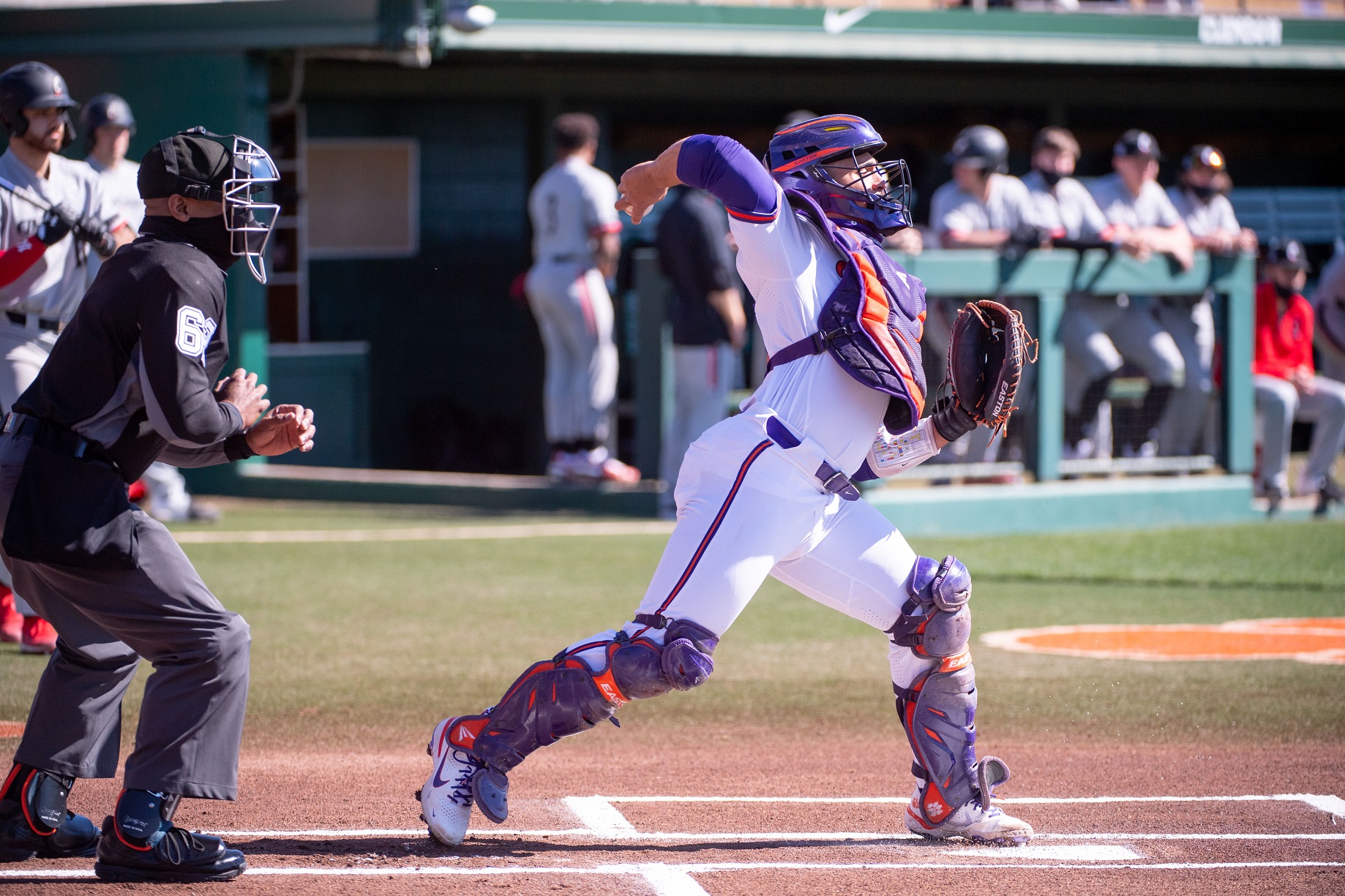 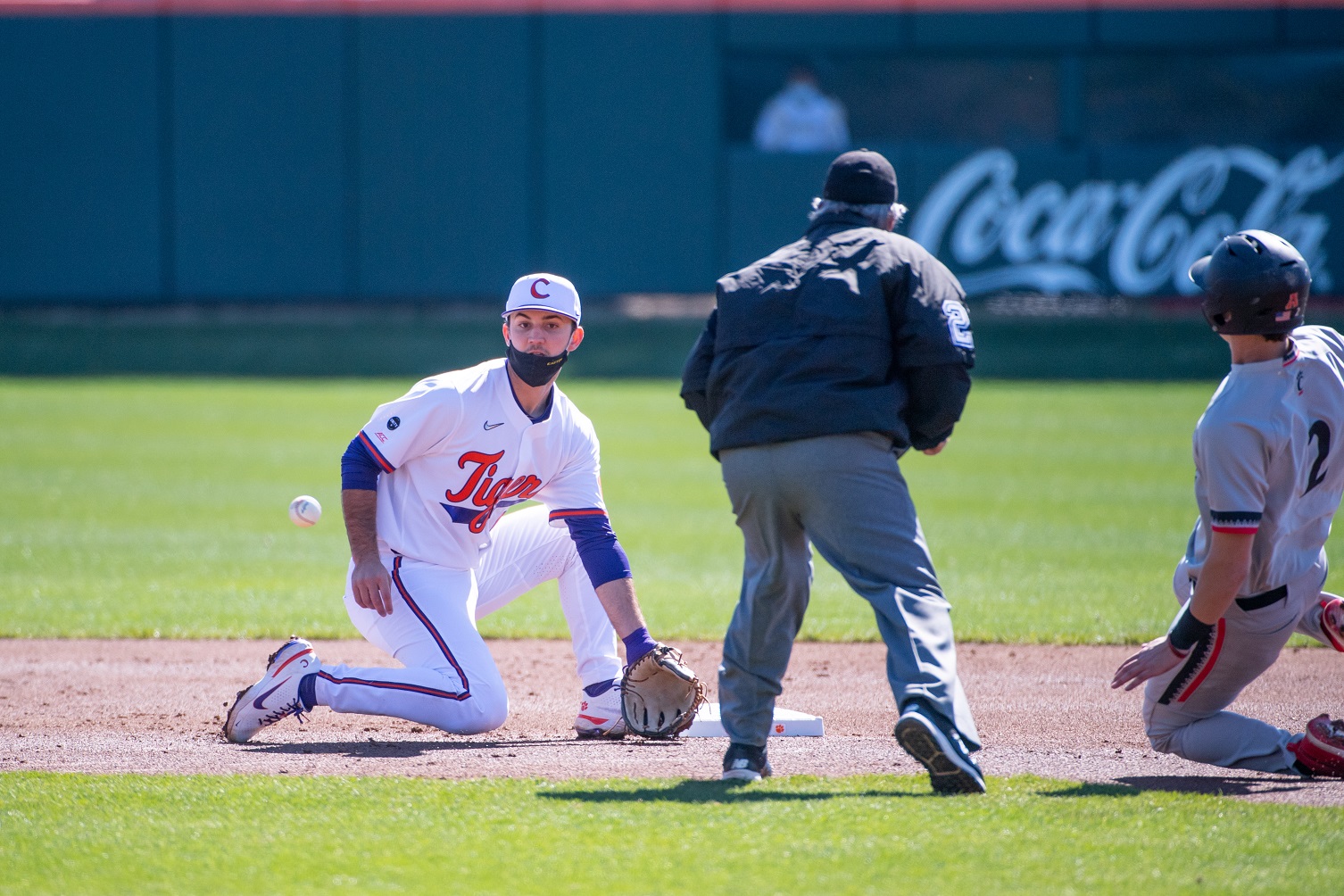 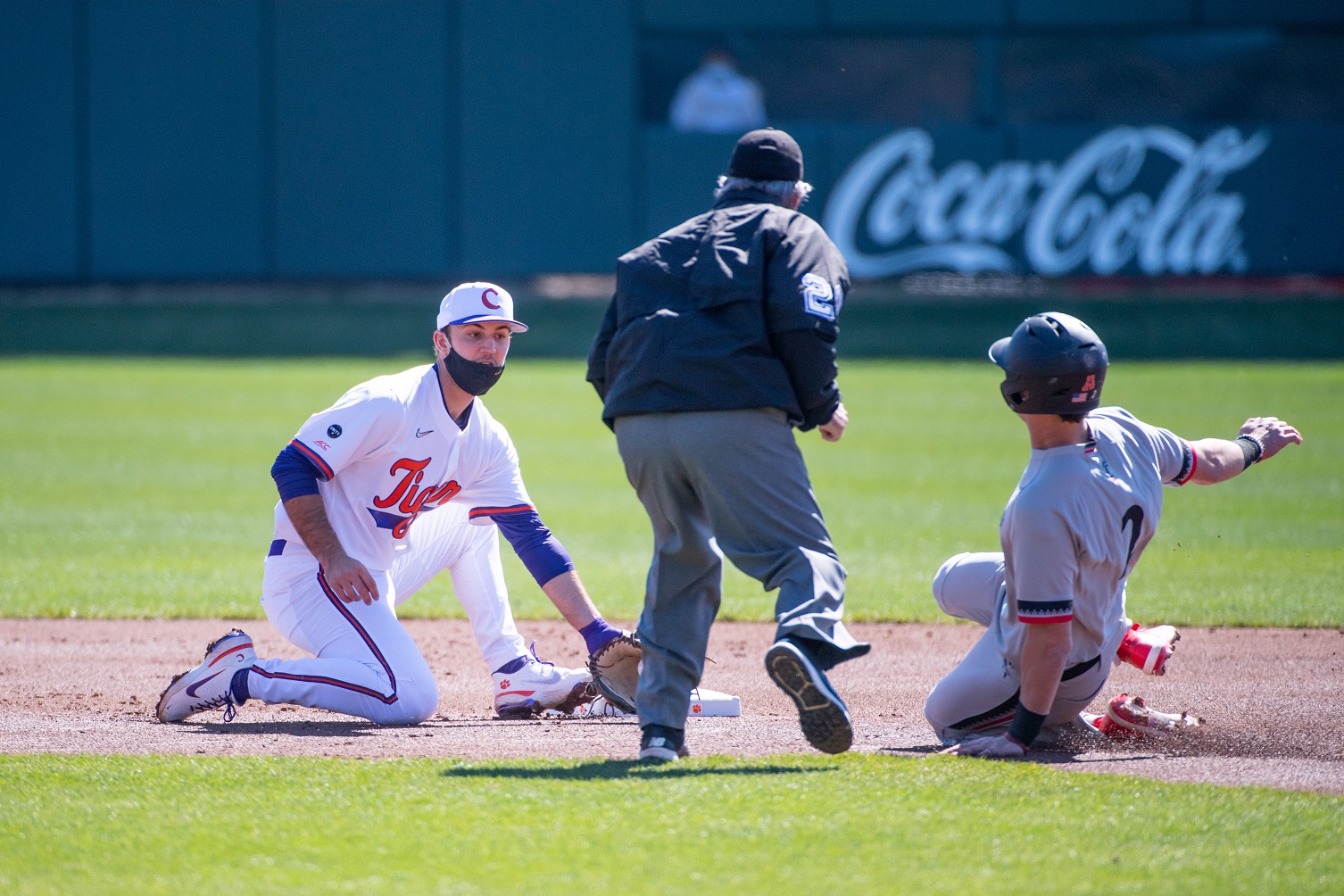 It was an impressive season-opening series for the Tigers. The pitching was phenomenal in the first two games, and you have to be impressed with the offense despite the absence of Hackenberg, Hall and Meredith. What a job French has done behind and at the plate! Also great to have Teo get off to a great start at the plate after the miserable season he had last year. And Henderson, who was the Tigers' hottest hitter last season, is still hitless! It's just a matter of time before he starts finding his hits.
The Gamecocks are next on Friday at Doug Kingsmore. An unusually early date for the Palmetto Series with no mid-week game! It sounds like Kier Meredith might be able to make his season debut. That would be huge for the offense. Post-game interviews are below!
MORE CLEMSON BASEBALL AND FOOTBALL COVERAGE HERE