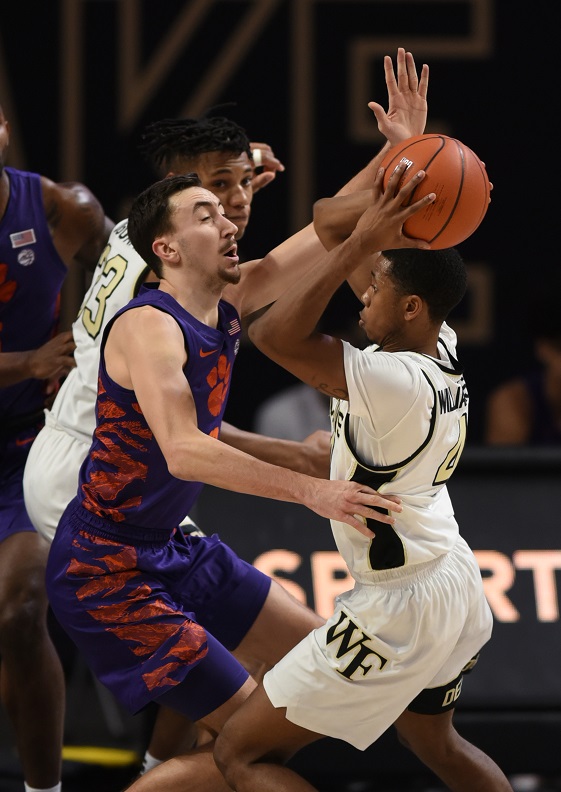 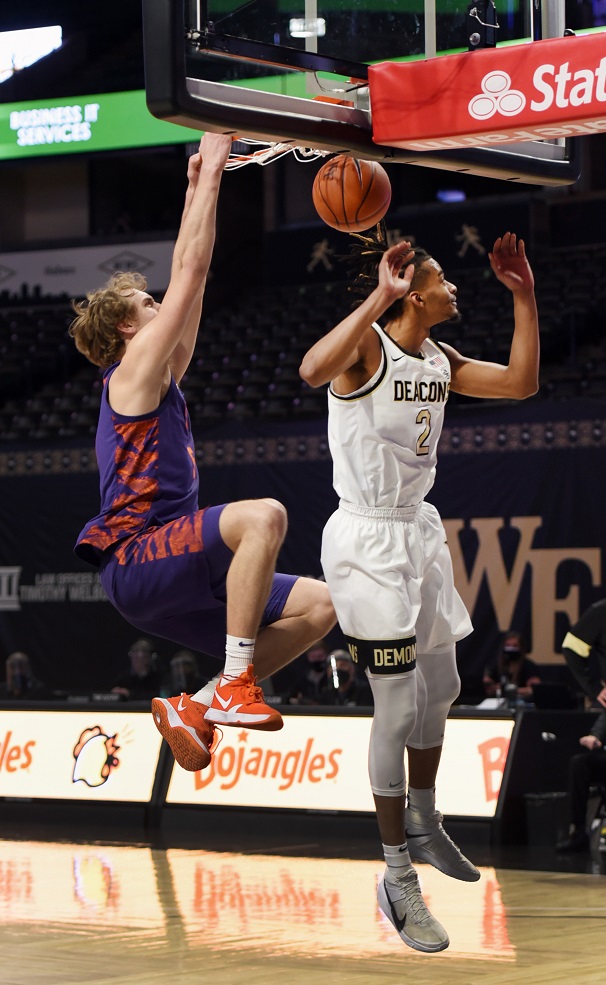 The Tigers came off their second COVID pause of the season on Wednesday night, donning new purple uniforms at Wake Forest. Unlike the last pause, which saw the Tigers go from the No.12 team to a sluggish one that was blown out in 3 straight games, this Tigers were sharp, conditioned and intense this time from the opening tip. They allowed just 15 points a the half, a season low, and held Wake to 25.5% shooting from beyond the arc for the game. In those 3 blowout losses following their first COVID pause, the Tigers allowed about 13 three-pointers per game and well over 50%! Alex Hemenway scored a career-high 17 points (previous 16) in just 24 minutes on 5-6 shooting from beyond the arc. Nick Honor was just 1-4 from 3-point land but had another solid game with 11 points and 6 assists. 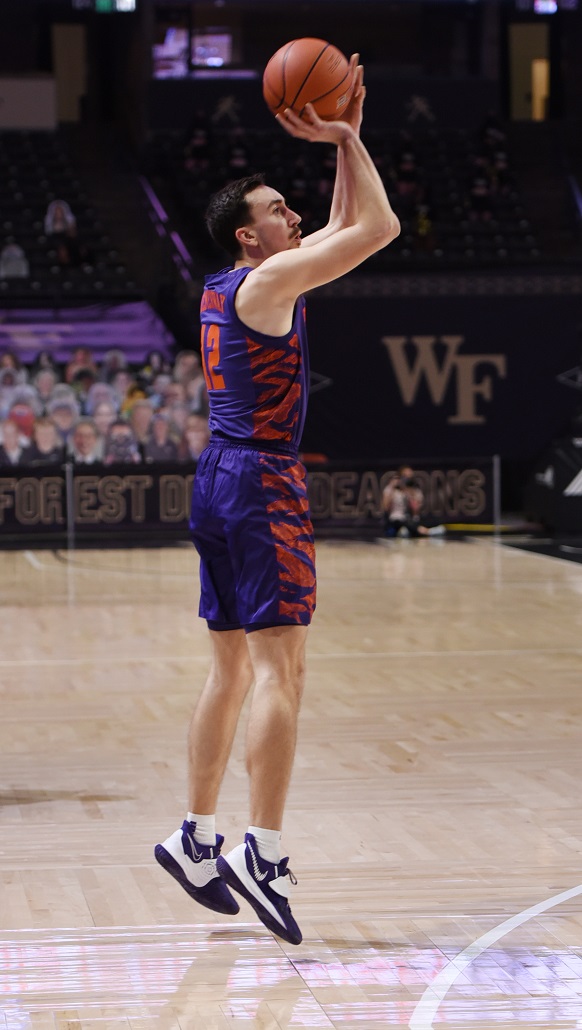 Aamir Simms finished with 13 points and 10 rebounds, but more importantly, he played 34 minutes because he only had one personal foul. His avoiding early foul trouble has been an integral key to the Tigers' 4-game win streak. It's something he struggled with repeatedly in the first half of the season and during the 3-game losing streak, but he's much improved now, saying after the game that he's learned to play smart and physical at the same time. 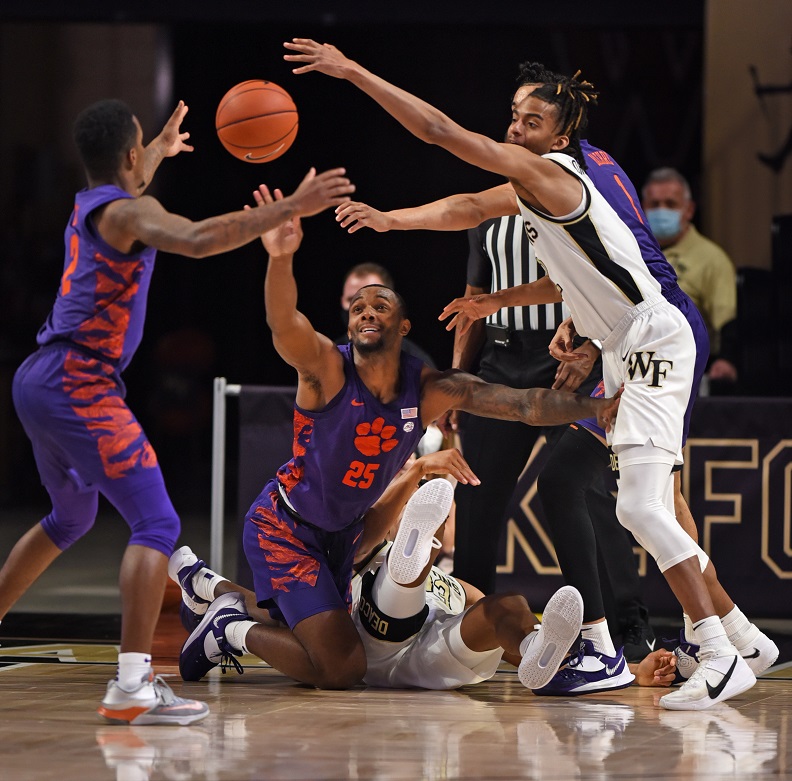 Why were the Tigers so much better after the pause this time? Simms said that the coaches really pushed them in their individual physical conditioning this time around, and it showed with the level of defense that they were able to maintain for the entire Wake game.
The Tigers have won 4 straight and 5 of their last 6 with home games against struggling Miami and Pitt coming up and a road game at Syracuse to finish the regular season. They are 14-5 and 8-5 in the ACC. One more win, in my opinion, and they are a lock for the NCAA Tournament. Joe Lunardi had them projected as a 7 seed prior to the Wake win.
Post-game interviews and highlights are below!
MORE CLEMSON BASKETBALL AND FOOTBALL COVERAGE HERE