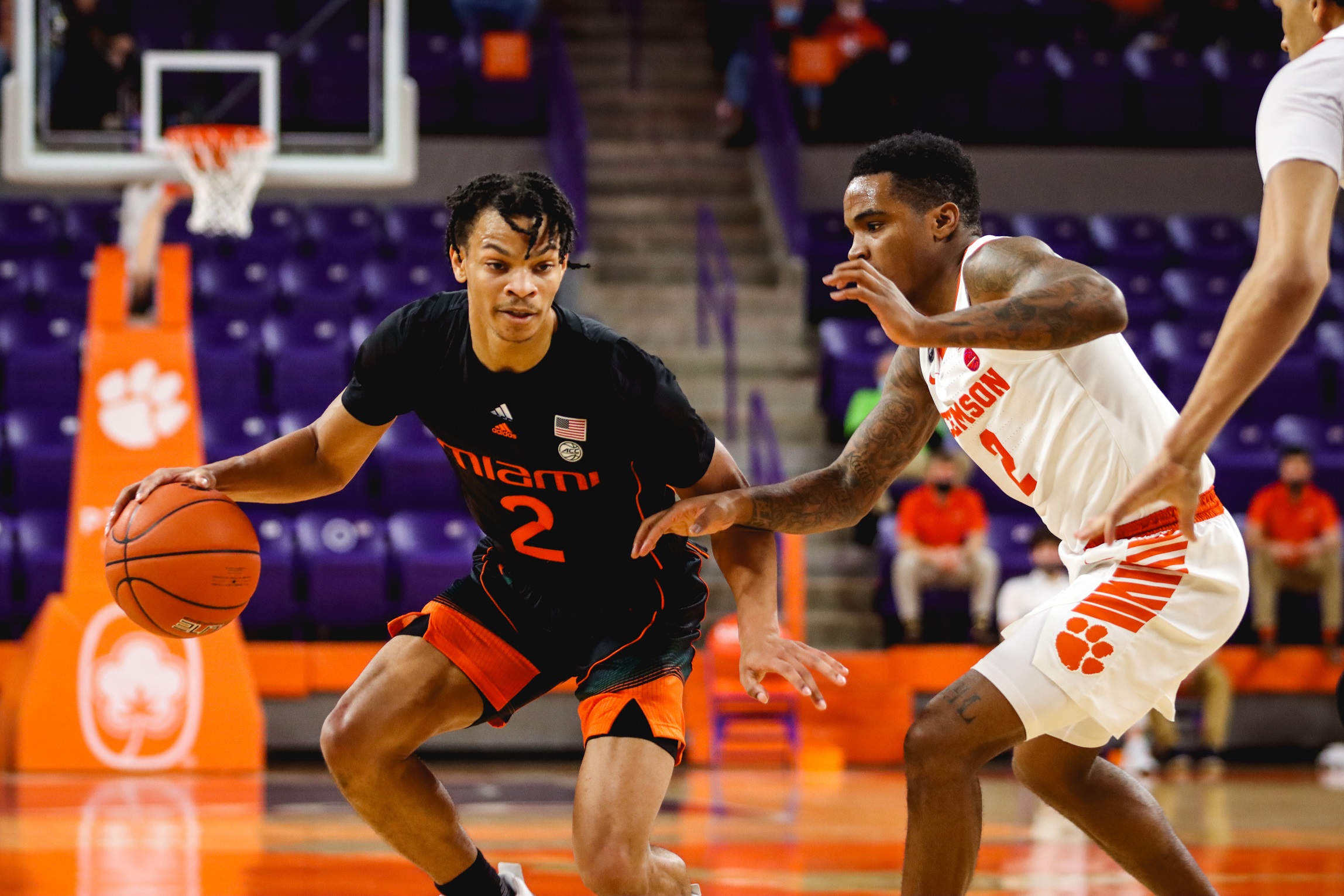 Photo by Trevor Groves CUTigers.com
CLEMSON, SC - Al-Amir Dawes was 7-9 from the field and 4-4 from beyond the arc for 19 points on Saturday, as the Tigers held off Isaiah Wong and a depleted Miami team. I knew Wong would be a problem going into the game, and sure enough, he scored nearly half of the Canes' points (28). Brad Brownell recruited Wong and sure would rather have him on his side than having to game-plan against him! Coincidentally, Dawes and Wong are both from New Jersey and are good friends. I asked Dawes after the game how difficult Wong was to guard and whether there was any talking going on during the game. He laughed and said that they talked a little, but it was of the friendly sort rather than trash-talking. Brad Brownell probably wishes Dawes could play against a hometown friend every game if it makes him play that way. Dawes has had big scoring nights before, but they have been few and far between. He's also been battling a bit of a groin injury. The Tigers always seem to have a different player provide the 3-point shooting, though, be it Dawes, Tyson, Honor or Hemenway. On Wednesday, it was Al's turn.
The game looked dicey early, as the Tigers allowed 21 points in the first 10 minutes--6 more than they allowed in the whole first half at Wake on Wednesday. However, the Tigers elevated their defensive for the rest of the game, allowing just 37 points in the final 30 minutes.
Simms also scored 19, and Tyson added 10 points with 6 rebounds in just 23 minutes. The Tigers should be ranked again next week in my opinion. They have won 5 straight and 6 of last 7, improving to 15-5 and 9-5 in the ACC! They were unbeaten in the month of February for the first time since 1990, when they made a run to the Sweet 16. The Tigers have 2 regular season games left: at Syracuse Wednesday and versus Pitt at home on Saturday. If they win them both, there is an excellent chance they will finish in the top 4 of the ACC standings and earn a coveted double-bye in the ACC Tournament.
Post-game interviews are below!
MORE CLEMSON BASKETBALL, BASEBALL AND FOOTBALL COVERAGE HERE