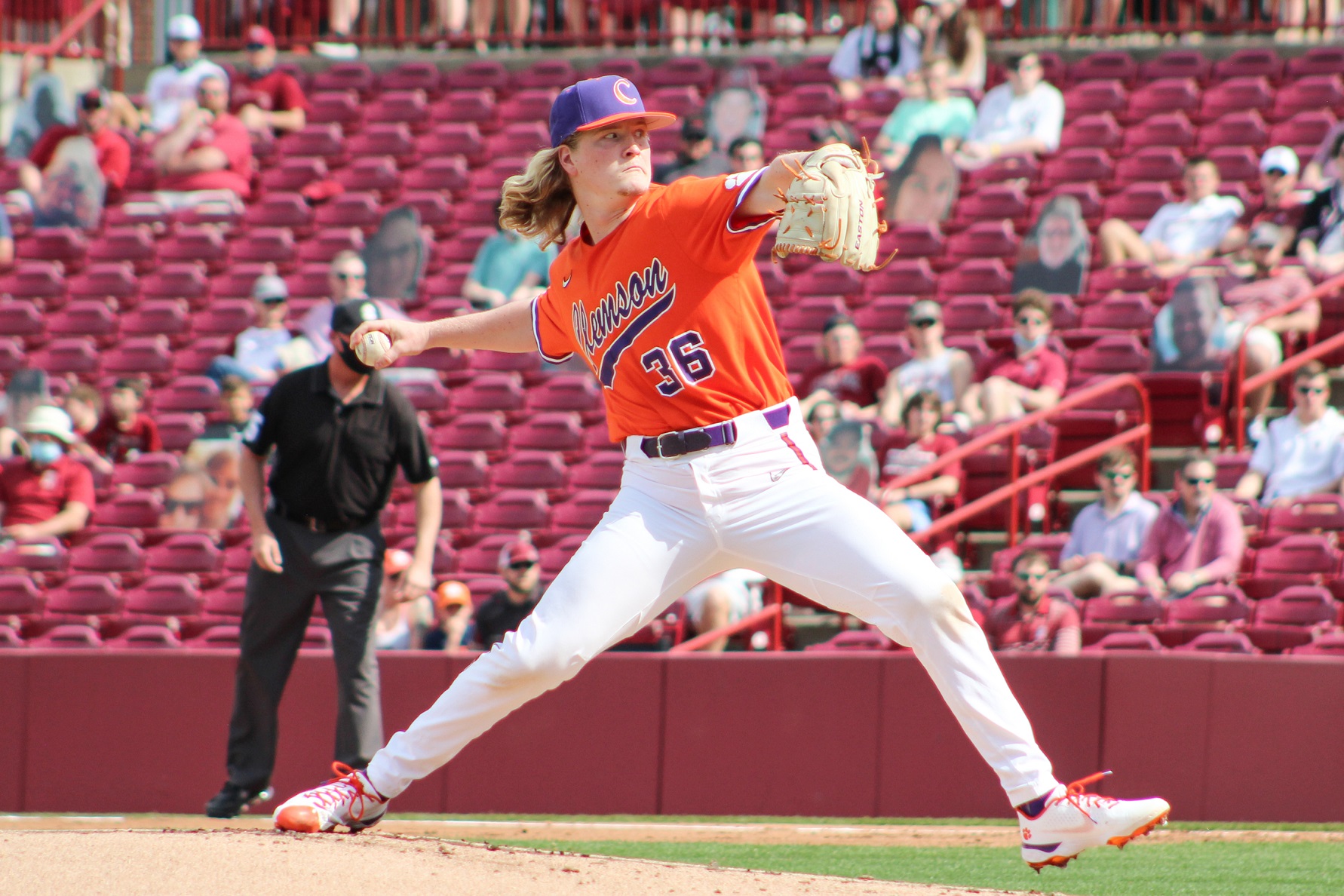 
DEJA VU: NO.22 CLEMSON LOSES ANOTHER NAIL-BITER, 8-7 AT NO.16 SOUTH CAROLINA ON BOTTOM 9TH WALK-OFF HIT

COLUMBIA, SC - Deja vu! On Saturday night in the bottom of the 11th in Greenville, Andrew Eyster hit a walk-off double to beat the Tigers 3-2. On Sunday in Columbia, he did the exact same thing in the bottom of the 9th to beat the Tigers 8-7 in a thrilling, back-and-forth game. You won't find a more intense series than that all season, folks!
Unfortunately, the Tigers came up just short in both games and were deprived of a home game on Friday due to a rain out. The Tigers tied the game in the top of the 9th last night, and they rallied for 4 runs to take a 7-5 lead at the stretch today but were unable to hold on. I'm sure Monte wishes he gave the ball to Nick Hoffman in the 7th instead of Rob Hughes, who was making his first appearance of the season, but hindsight is perfect.
The Tigers had won an amazing 10 straight one-run games before last night, and now they've lost two in a row and to their arch rivals. The Gamecocks have now won the Palmetto Series in 2 of the last 3 years after the Tigers had won 5 straight.
The good news is that this Clemson team has a ton of upside. They were without 3 of their best hitters--Meredith, Hackenberg and Hall--for the series, Sharpe didn't hit on Saturday and Henderson, who was .323 last season, has started the season with a hitless slump. The Tigers' pitching was phenomenal on Saturday, and freshman Ty Olenchuk was impressive in his first road start today. If the Tigers can get their best hitters back and stay healthy, I believe this could be a special team--especially when some of these freshmen like Caden Grice get their legs under them.
The Tigers are now 3-2 this season, but if anything, they should move up in the rankings in my opinion. They could have easily swept the No.16 team in a pair of games away from home, and the Tigers were missing 3-4 of their best hitters. Although they lost the series, the Tigers will have a chance at some revenge on May 11, when they host the Gamecocks to make up for Friday's rain out. That could end up being a big game to help the Tigers' post-season prospects.
Post-game interviews are below!
MORE CLEMSON BASEBALL, BASKETBALL AND FOOTBALL COVERAGE HERE