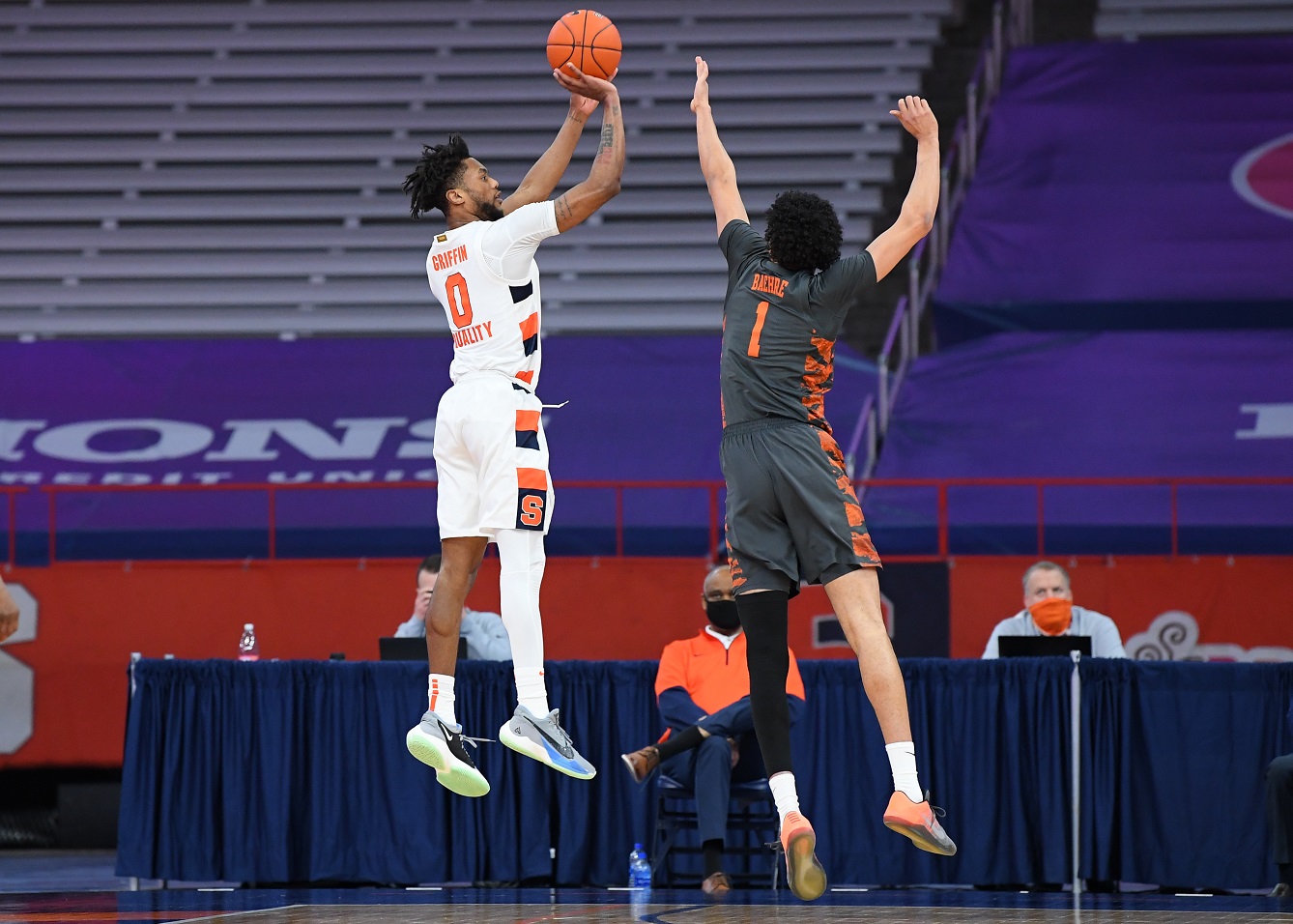 The Tigers played pretty good defense and shot the ball reasonably well from beyond the arc (10-29) but just missed to many inside. Syracuse averages over 15 turnovers forced per game, but the Tigers only turned it over 8 times versus 20 turnovers in their 78-61 win over Cuse.
The Tigers trailed 25-22 at the half but were dominated in the second half after Griffin hit two quick 3's to put Cuse up 9 points. Griffin shot out of his mind, making five 3's in the second half. He was 6-12 from beyond the arc for the game after going 0-6 and 1-10 from the field on Monday. It was a rare low-scoring game for Simms, who scored just 6 points in 37 minutes. The Tigers have to get more scoring from him on the road against a good team. Nick Honor was also nowhere to be found, going scoreless in 14 minutes.
To be honest, I expected the Tigers to lose this one, which was added to the schedule recently. It's hard to beat a good team twice, and the Carrier Dome is a tough place to play, even when it's empty, maybe even more so. I was going to ask Brownell how bizarre it is to play in there when it's virtually empty, but he beat me to it and brought it up himself. And Cuse was coming off a win over UNC, plus it was their Senior Night with their spot on the NCAA bubble on the line.
The Tigers are now 15-6 and 9-6 in the ACC. The loss snapped their 5-game win streak, and they are 0-1 in March after going 5-0 in February. Their last regular season game is at home against Pitt on Saturday for Senior Day, and they still have a shot at finishing in the top 4 of the ACC for the all-important double bye.
Post-game interview with Brownell is below!
MORE CLEMSON BASKETBALL, BASEBALL AND FOOTBALL COVERAGE HERE