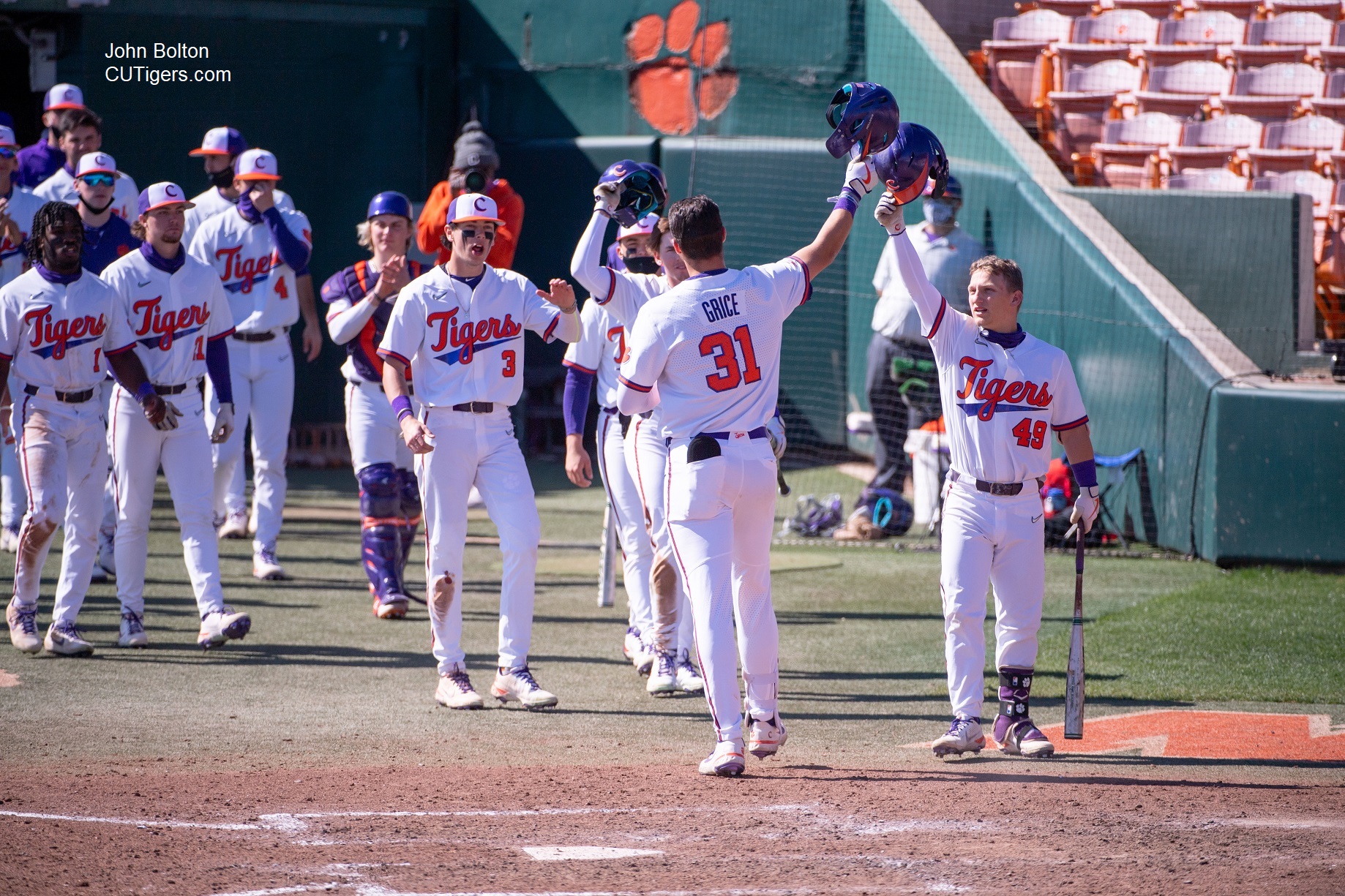 CLEMSON, SC - Wow, it looked like it was gonna be an easy sweep for the Tigers after Friday night's 13-7 win. Suddenly, their bats went to sleep and couldn't buy a run, scoring 3 runs in the next 2 games! They had plenty of opportunities, too, but just couldn't get the timely hits when they needed them, or even sac flies instead of strike outs. 4 different Tigers hit HR's on Friday, and Notre Dame went through 5 pitchers!
The Tigers struck first today in the second inning, but Notre Dame tied it in the 5th and then scored 2 more in the 6th. Grice answered in the bottom half of the 6th with a solo HR, his 4th in as many games, right after Sharpe struck out on full count. If Sharpe had walked, the HR would have tied the game.
The Tigers had another opportunity in the 9th when Grice led off with a single and Teo stole 2nd, but he would be stranded at third, 90 feet from tying the game. Monte told me after the game that they were on a visiting team curfew, so even if they had tied the game in the 9th, it wouldn't have gone to extra innings.
The Tigers fall to 5-4 on the season. I still believe this has the makings of a special team, but the bats just all went cold at once for two days. It happens in baseball. They also have some guys injured and are still trying to figure out a regular lineup. They host USC Upstate on Tuesday and go to UNC next weekend, which will tell us a lot more about this team. Carter Raffield started on the mound today, so we'll see a new Tuesday starter this week. I asked Monte if Grice is too valuable as a hitter right now to put on the mound again, and he hinted that they might pitch Grice and let him hit as well, something they haven't been doing with Grice or Sharpe.
Post-game interviews are below!
MORE CLEMSON FOOTBALL, BASKETBALL AND BASEBALL COVERAGE HERE