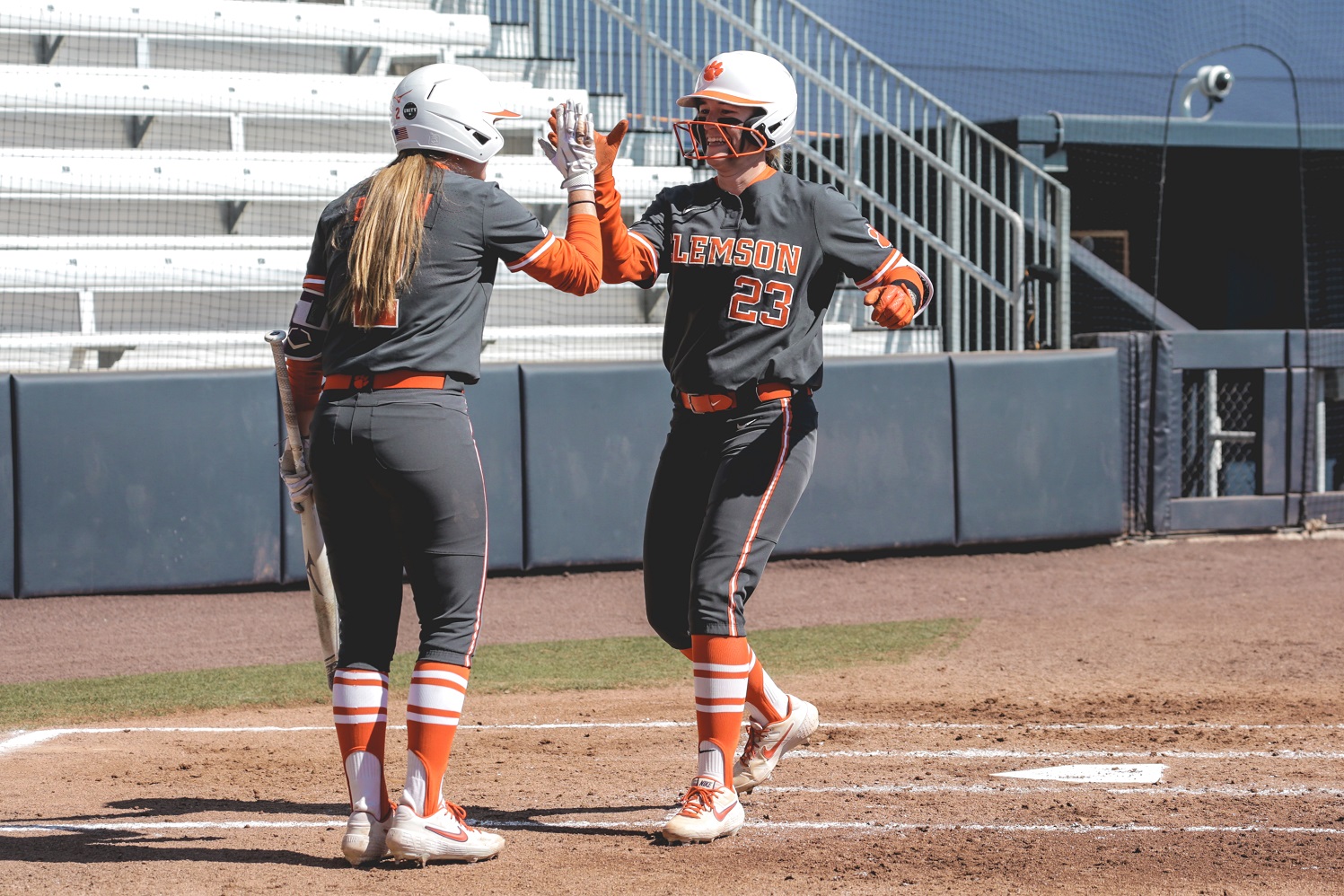 CHARLOTTESVILLE, VA —  The Clemson Softball team earned its tenth straight victory by a final score of 8-1 over Virginia on Sunday afternoon at Palmer Park. Clemson shortstop Ansley Gilstrap went 4-for-4 at the plate, including a triple and a double, and a game-high three RBIs to lead the Tigers in their third consecutive series sweep and second straight ACC road series sweep.
With the win, the Tigers improved to 13-2 overall and 8-2 in ACC play, while Virginia fell to 6-9 overall and 2-7 in league games.
After Virginia took a 1-0 lead in the first, the Tigers responded with a three-run inning in the top of the third. Catcher JoJo Hyatt evened the score on a solo shot to left field, her first career home run. Gilstrap’s second hit of the day was an RBI single to score outfielder McKenzie Clark, who was on third after registering her third triple of the season. Then, Grace Mattimore extended the Clemson lead to 3-1 with her third career sacrifice fly, which scored Gilstrap from third.
Gilstrap continued her hitting performance in the top of the fifth on a two-run RBI triple. Gilstrap touched home for the second time of the day when Alia Logoleo laid down her first career sacrifice bunt to give the Tigers a 6-1 lead in the top of the seventh. Later in the inning, Morgan Johnson’s two-run RBI single up the middle was the exclamation point on Sunday’s victory, and the series.
Making her fourth appearance in the circle of the series, righty Valerie Cagle improved to 8-1 on the season after going the distance for the second this weekend. Cagle recorded six strikeouts and no earned runs. Virginia’s Mikayla Houge suffered the loss (2-2).
With its second ACC road series sweep, Clemson remains undefeated (7-0) all-time in ACC road games.
Up next, Clemson returns to McWhorter Stadium on Friday, March 12 against Furman. First pitch is set for 5 p.m. Next weekend’s series against the Paladins is slated to stream on ACCNX.
For complete coverage of the Tiger softball team, follow @ClemsonSoftball on Twitter and Instagram and Facebook.
MORE CLEMSON SOFTBALL, BASEBALL, BASKETBALL AND FOOTBALL COVERAGE HERE