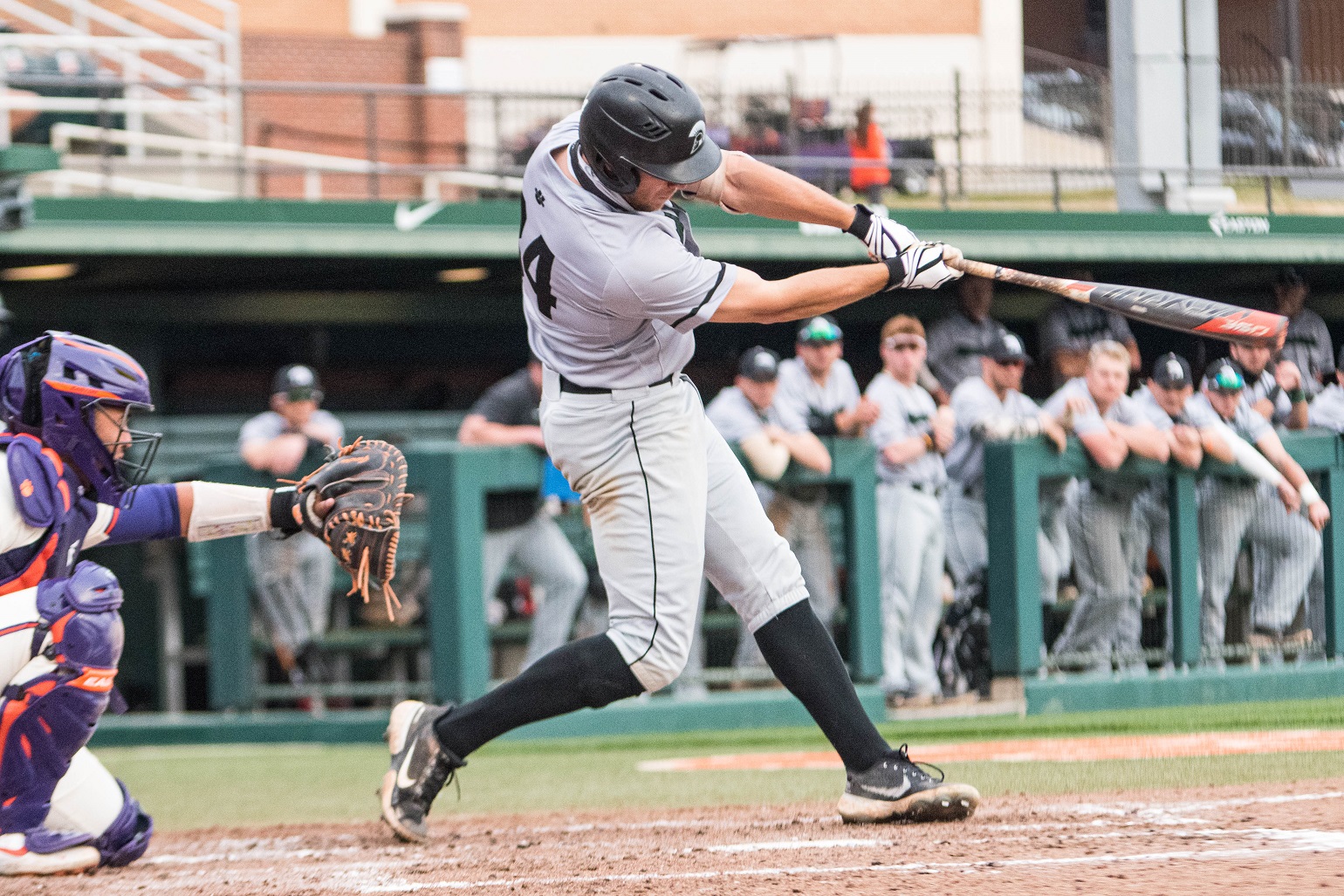 CLEMSON, SC - The Tigers showed the promise of a potential Omaha team early in the season with dominant pitching and defense combined with respectable offense despite missing some key players due to injury. They were excruciatingly close to winning both games against No.16 South Carolina away from home and had won their first 5 games at home. What a difference a week makes, however. After winning their first ACC game against Notre Dame 13-7, their bats all suddenly went cold simultaneously, and they lost the next two games 3-1 and 3-2. The bad mojo seemed to carry over to Tuesday, as they were dominated by USC Upstate 12-2. The Tigers only had 3 less hits than Upstate, but they struck out 10 times and couldn't string together hits or sacrifices at the right times like their opponent did.
On the bright side, Elijah Henderson, who had just 2 hits all season after leading the team at the plate last season, singled twice on Tuesday, doubling his hit total for the season. Freshman Caden Grice continues to shine at the plate, going 2-3 on Tuesday, but in his first two starts on the mound, he's shown that he's not quite ready to be a regular in the rotation. Grice has 4 HR's in the last 5 games but has not been getting much help lately from the rest of the bats.
Now 5-5 on the season, the Tigers don't have much time to soul search, as they travel to No.18 UNC for their second ACC series. The Tigers swept the Heels at home last season, but they will need to find their offense if they are going to avoid being swept this weekend.
Post-game interviews are below!
MORE CLEMSON BASEBALL, BASKETBALL AND FOOTBALL COVERAGE HERE