Photo by Trevor Groves CUTigers.com
CLEMSON, S.C. — The Clemson University men’s basketball program won its 33rd-straight season opener in convincing fashion on Friday night. The Tigers dominated the Catamounts of Western Carolina and moved to 1-0 on the season with a 85-57 rout in Littlejohn Coliseum.
The Tigers (1-0) were able to pull away from the Catamounts (0-1) early in the game thanks to a 22-2 run that would push Clemson’s lead to  a commanding 44-22 advantage. The run began at the 7:13 mark of the first half and ran until halftime – holding WCU to just two points over the final 8:55 of the opening period. 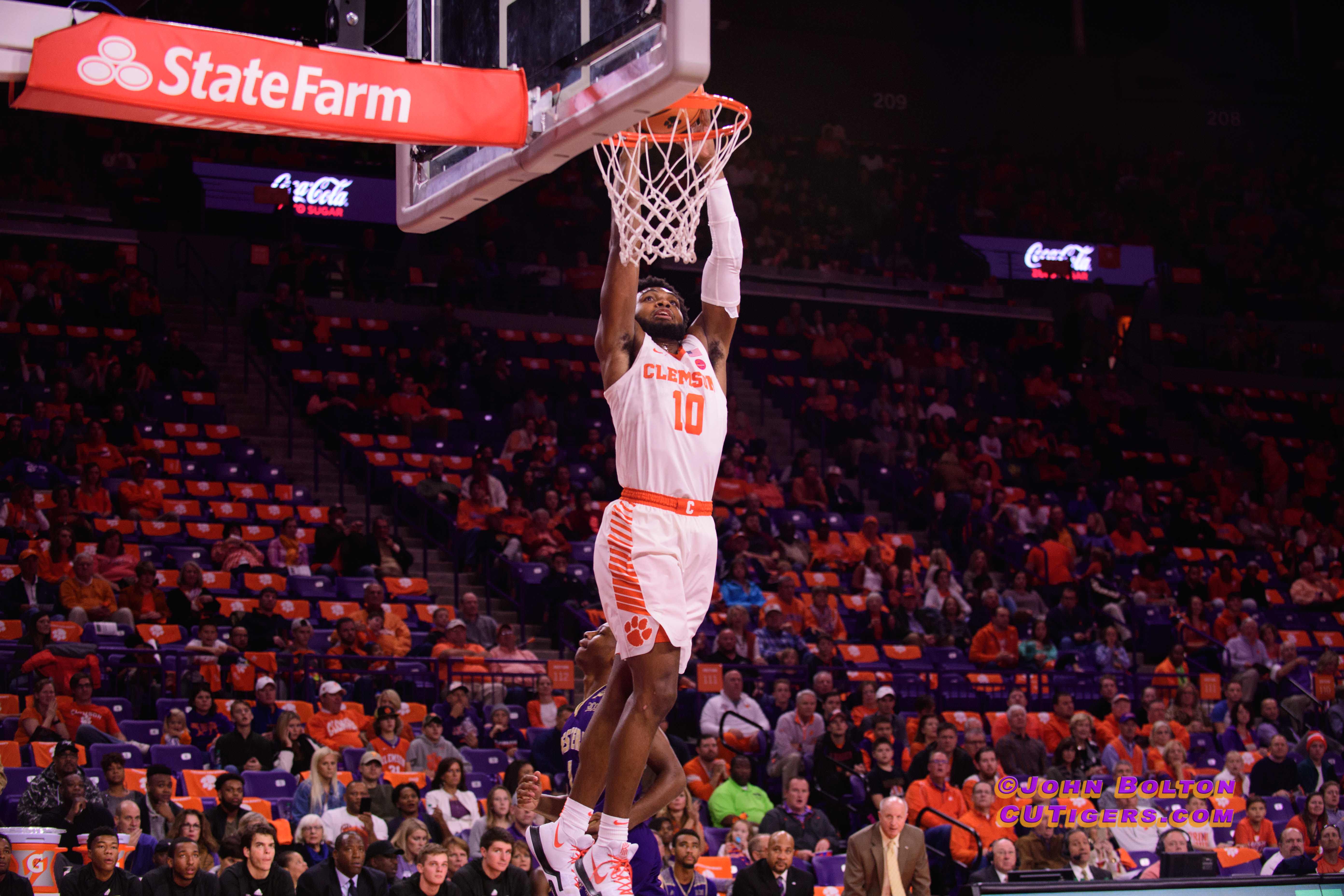 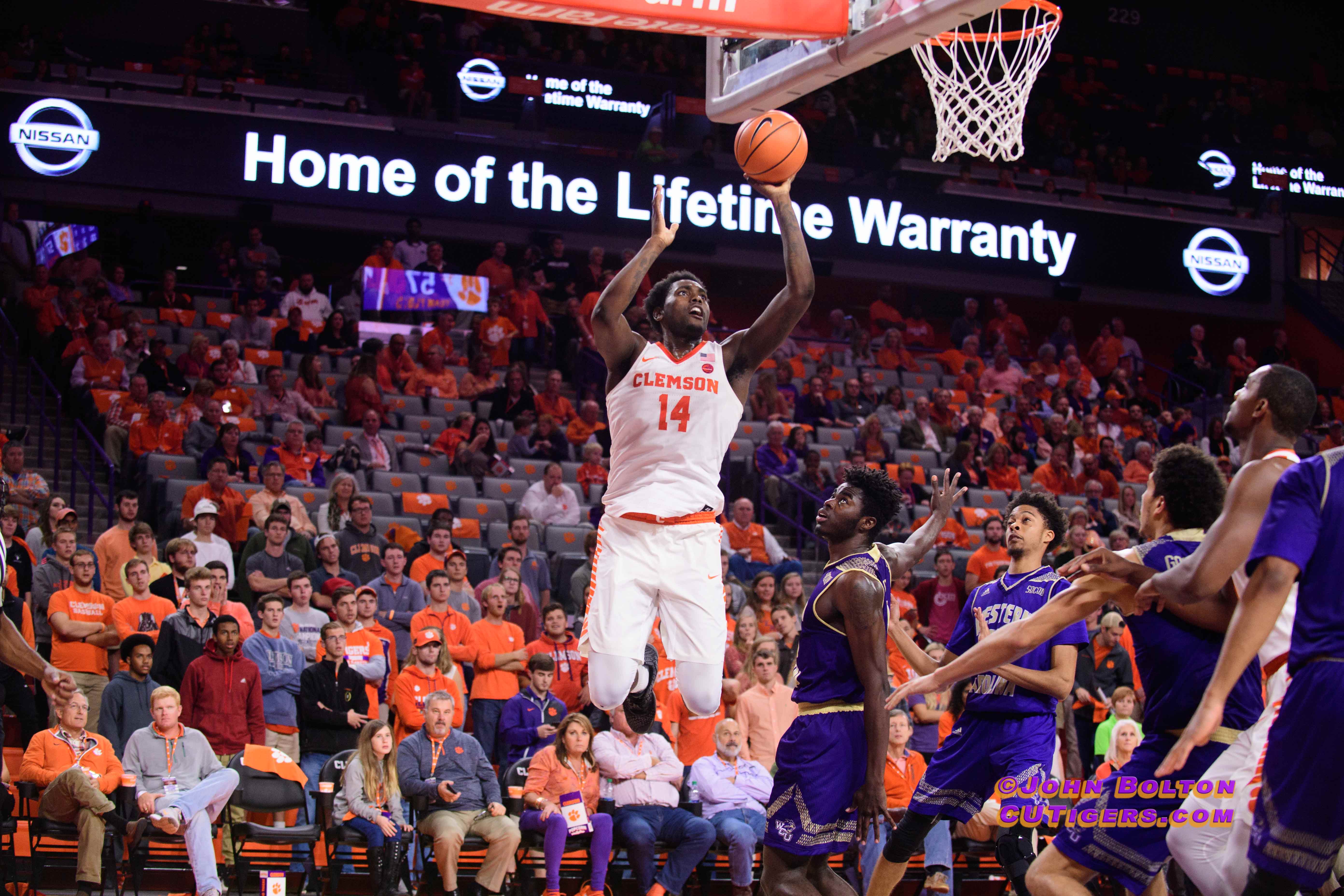 Clemson’s largest lead came in the second half when the Tigers would go up by 36 points.
The Tigers had four finish in double-figures, led by senior forward Donte Grantham with 14 points. Grantham also grabbed five boards. Both Elijah Thomas and Gabe DeVoe tallied 11, while Marcquise Reed collected 10 points. 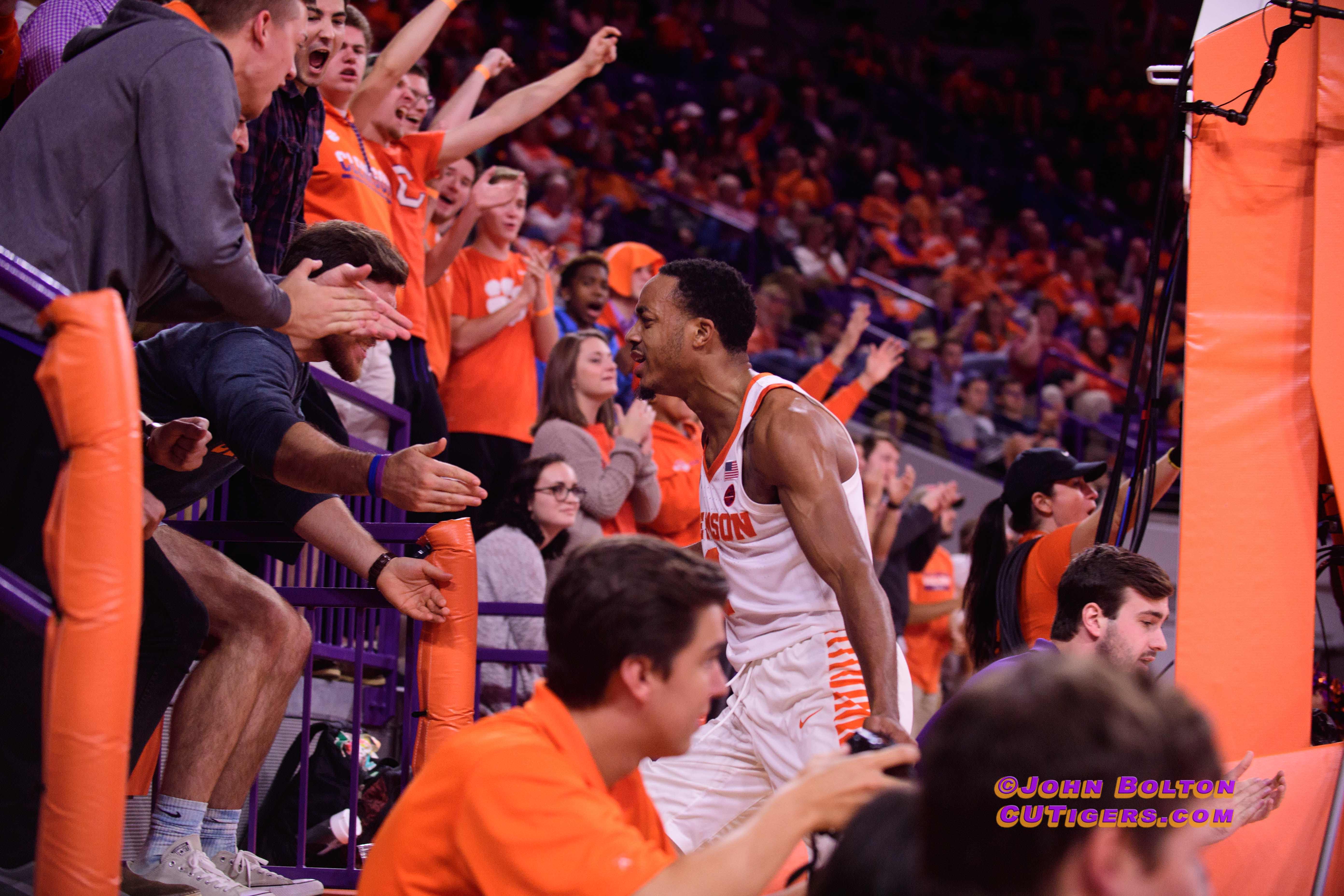 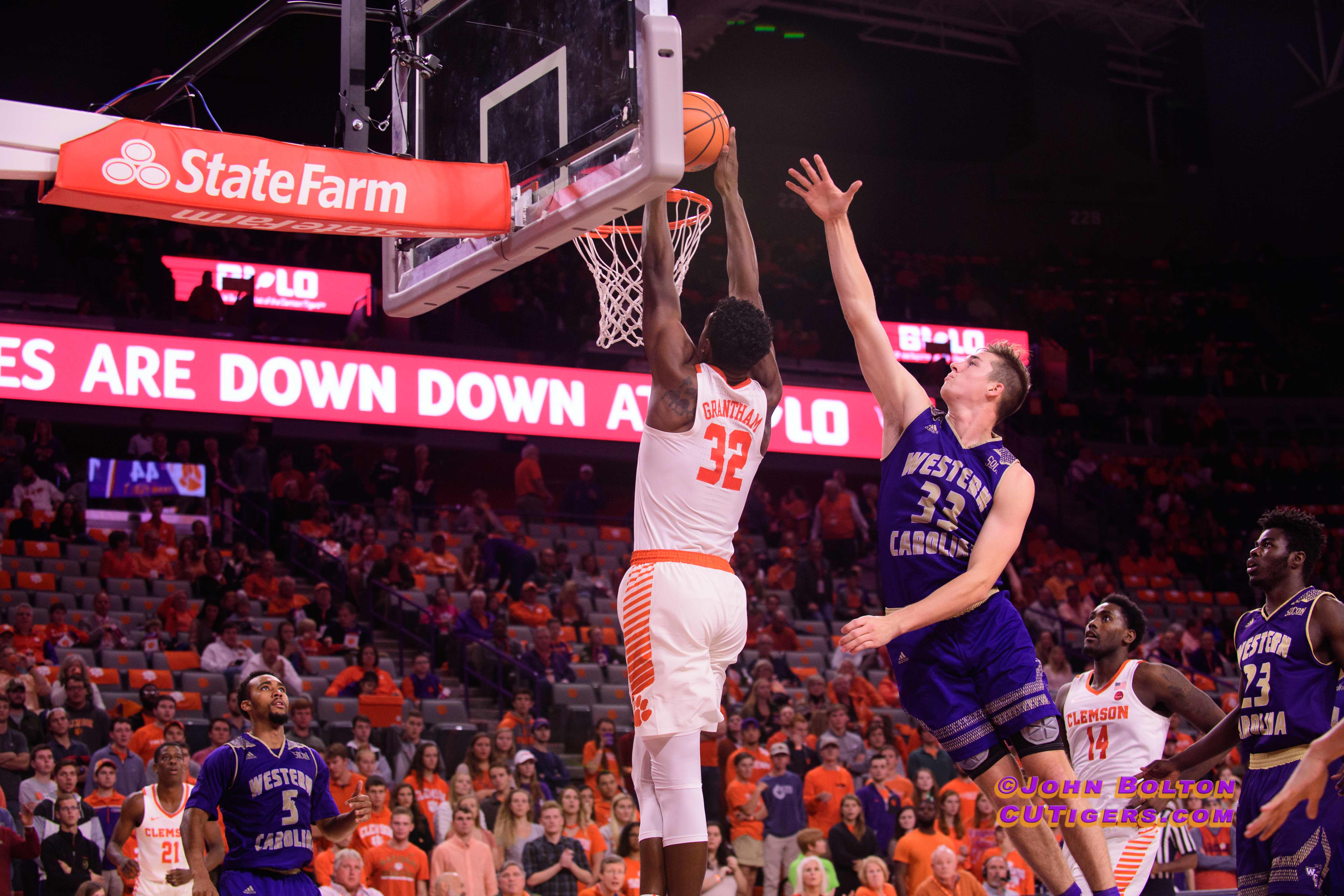 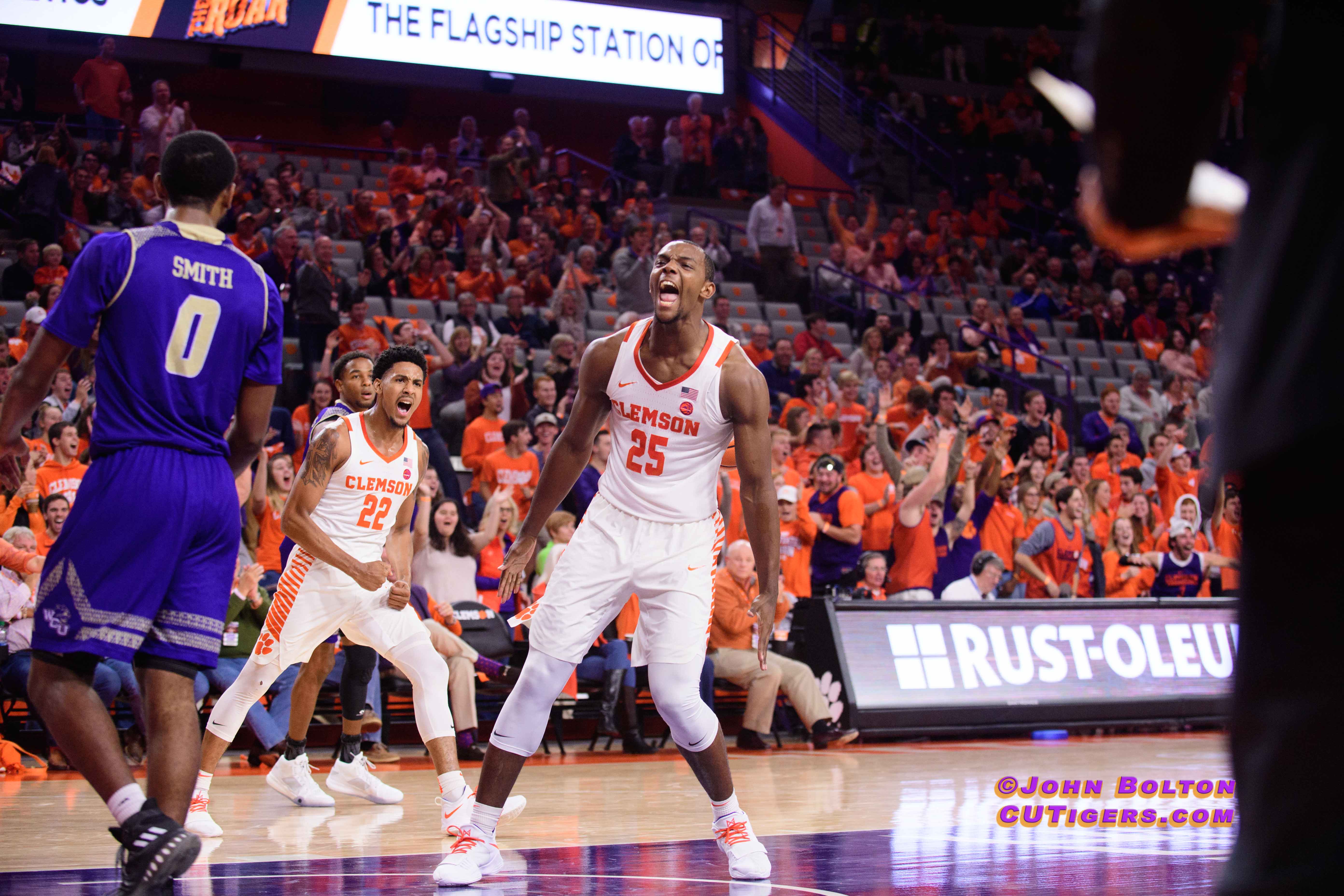 As a team, the Tigers shot 50.0 percent from the floor, including 25-for-31 from the foul line. Clemson scored 20 points off of 20 Catamount turnovers.
The Tigers return to the court on Sunday, Nov. 12 when they host North Carolina A&T for a 2 p.m. contest inside Littlejohn Coliseum. Tickets can be purchased by calling 1-800-CLEMSON or visiting ClemsonTigers.com.
Notes: With the win, Clemson extended its season-opening win streak to 33 in a row … the Tigers moved to 12-0 all-time against the Catamounts … coincidentally, the last time the Tigers faced the Catamounts was head coach Brad Brownell’s first game as a Tiger to open the 2010-11 campaign – a 87-64 win … Clemson eclipsed the 85-point mark on just seven occasions last season … head coach Brad Brownell is now just eight wins away from No. 300 of his career. 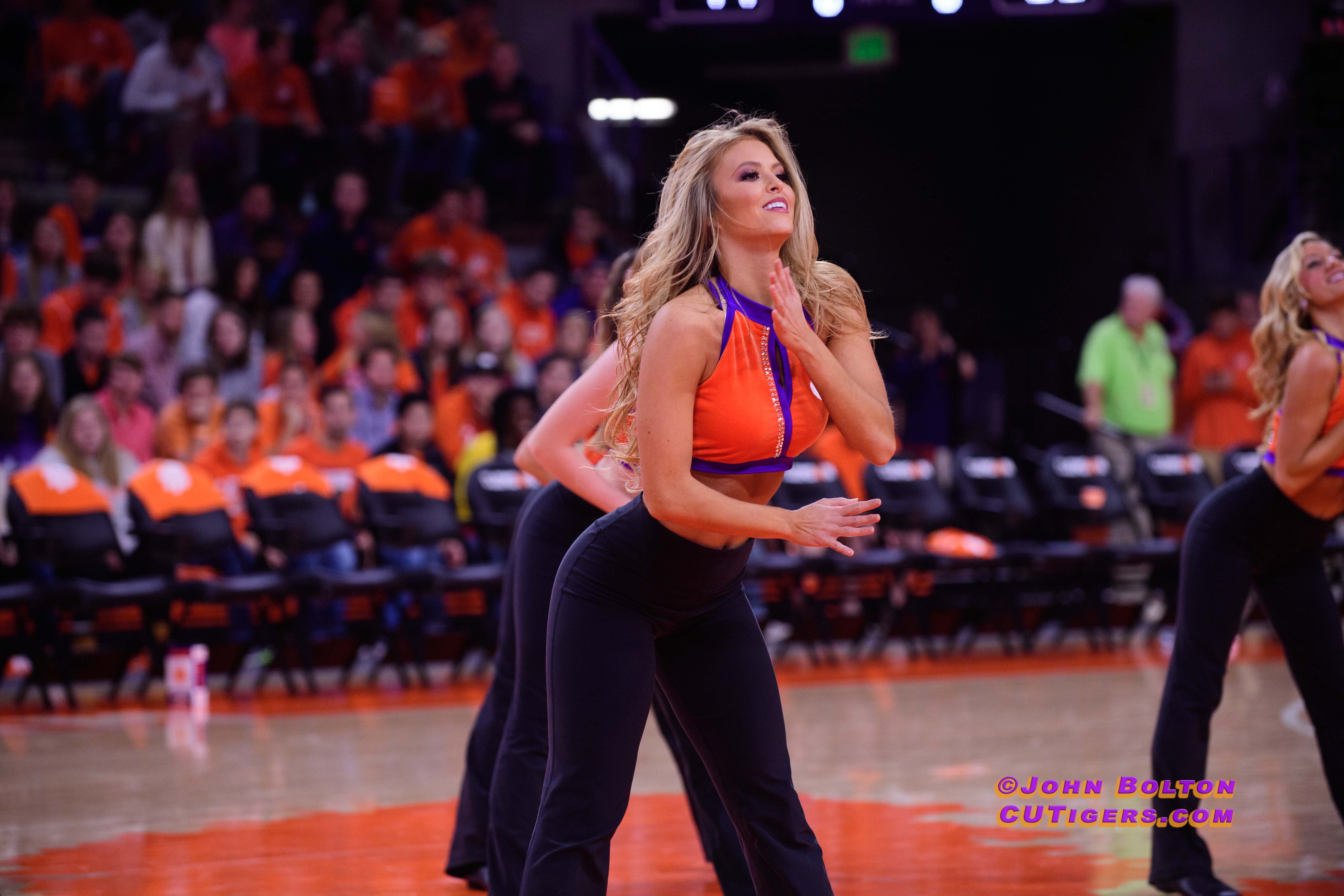