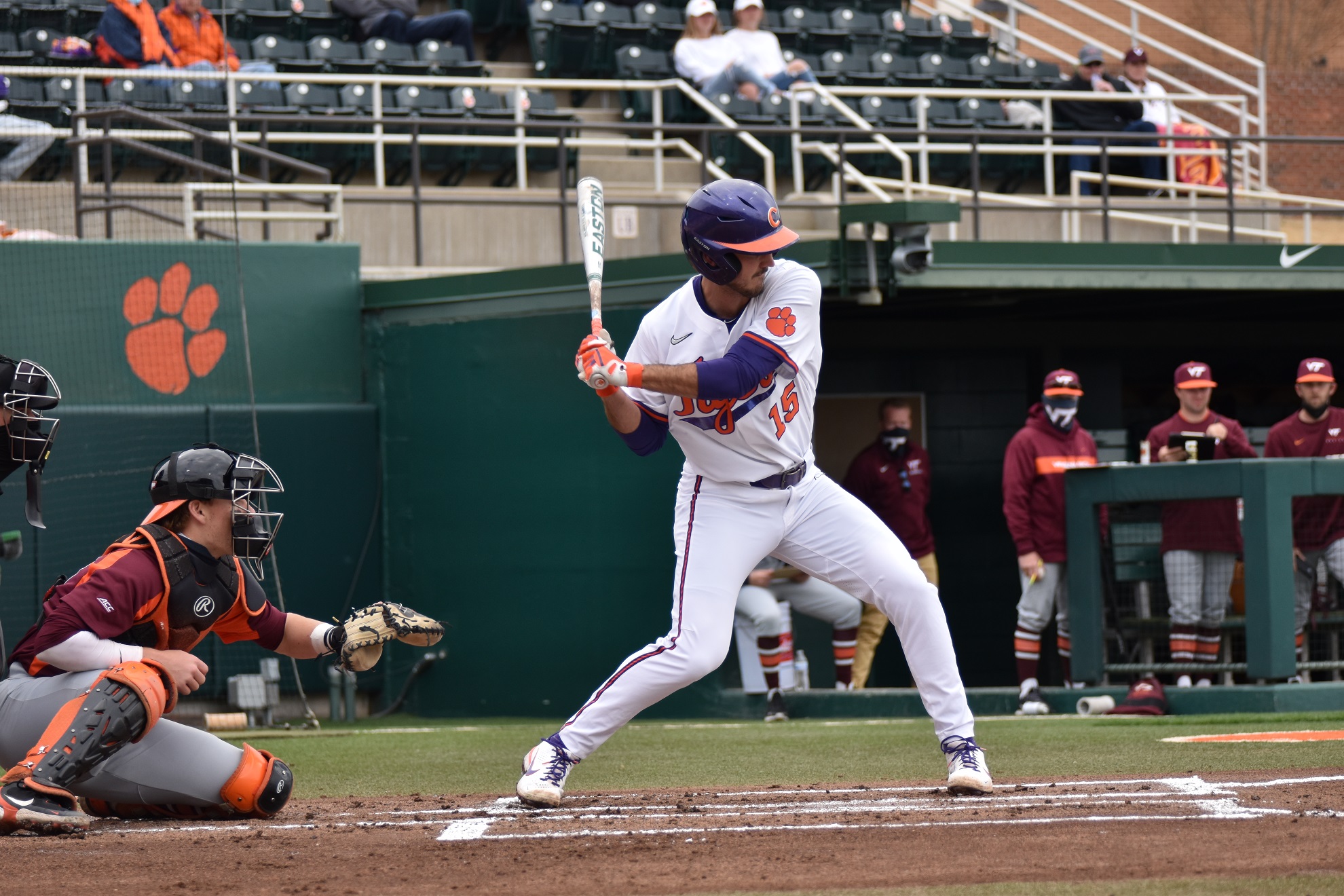 CLEMSON, SC - The Tigers won a rubber match pitchers' duel, rallying late to beat No.13 VA Tech 4-2 for their first ACC series win of the season. James Parker was the hero once again, hitting a 2-out, 3-run HR in the 8th! He homered in all 3 games of the series and now has 5 on the season!
Keyshawn Askew only went 4 innings in his first start of the season, coming off injury, but he was outstanding. Clayton was also great in middle relief, and Gilbert got the win out of the pen. Henderson snapped his 6-game hit streak yesterday but came up with a big 2-out RBI single to make it 1-1 early in the game. Monte told me after the game that Davis Sharpe is still being evaluated, and they will know more on the status of his injury in the next few days.
It's the first ACC series win for the Tigers, and hopefully they build on that momentum going on the road this week! They are 8-9 overall and play Georgia Southern in North Augusta on Tuesday and at BC next weekend--all winnable games.
Post-game interviews with Monte, Parker and Askew are below!
MORE CLEMSON BASEBALL, BASKETBALL AND FOOTBALL COVERAGE HERE