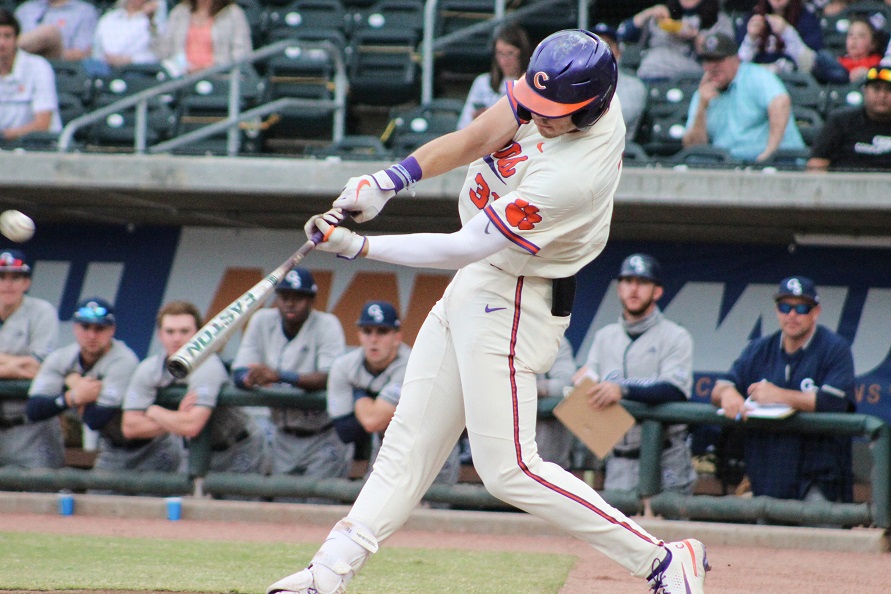 With the score tied 4-4 in the 9th, Monte made a couple of moves that paid off big. He inserted Sharpe at 1st for Hawkins in the top half, and Sharpe led off the 9th reaching on an error. Then he pinch hit Alex Urban for for Wagner, and Urban hit his first career HR to win the game! He was batting just .136 before that.
The Tigers jumped out to a 3-0 lead in the 1st and led 4-2 after 6, but GSU scored runs in the 7th and 9th to tie the game. Grice hit his 6th HR of the season to lead the team, and Meredith hit his 1st of the season. Raffield pitched just 3 innings, giving up 2 runs. He combined with Pandya, Hughes, Gilbert and Clayton for 10 K's, with Clayton getting the win.
The Tigers are an even 9-9 now and play at BC this weekend.
MORE CLEMSON SOFTBALL, BASEBALL AND FOOTBALL COVERAGE HERE