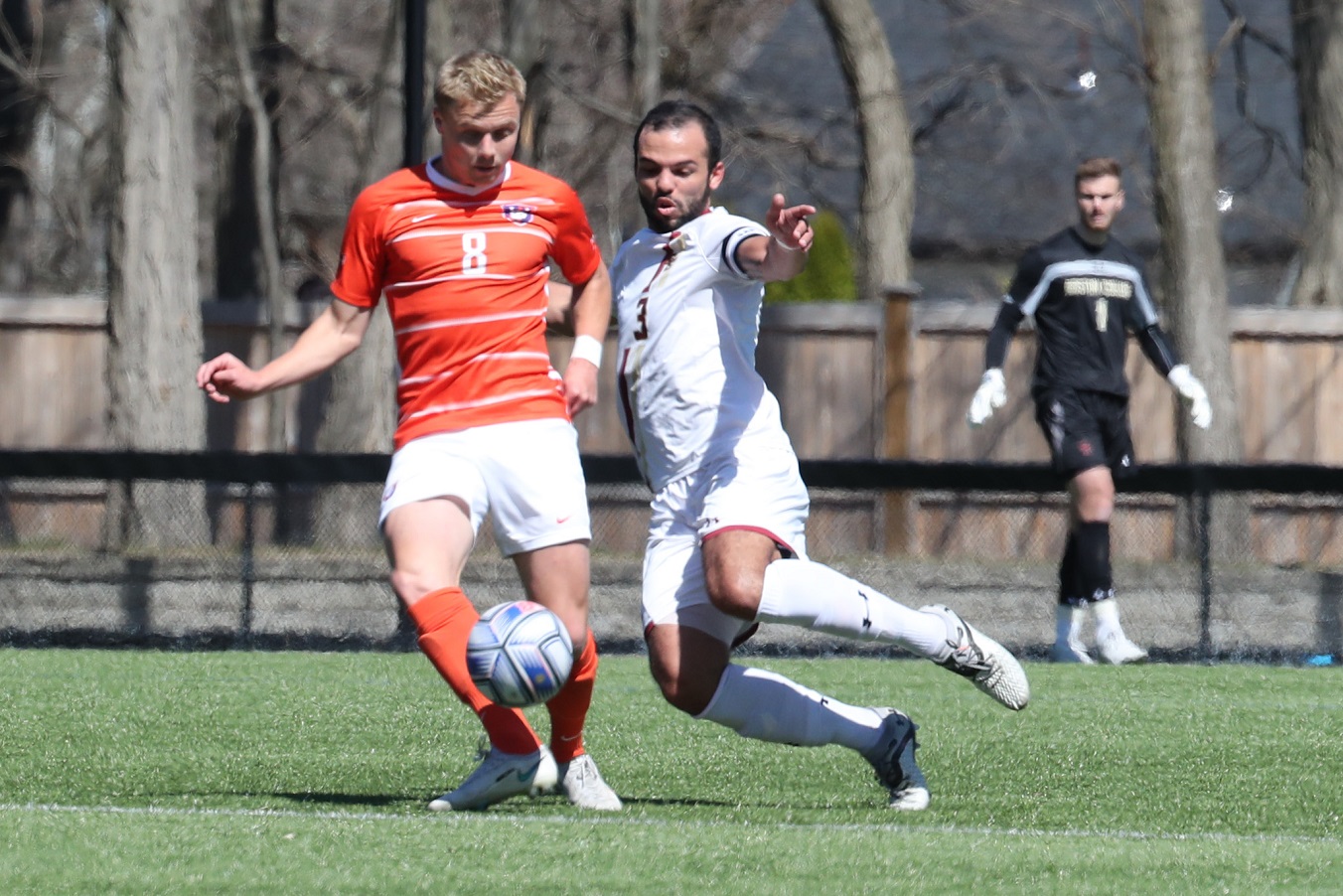 NEWTON, Mass. -- In his return to the Newton Campus Soccer Field on Saturday, Callum Johnson scored the game-winning goal in the 80th minute of play as No. 1 Clemson (12-2-1) defeated Boston College (1-3), 3-2. Johnson, who was a member of the Eagles' program from 2016-2019, scored his fourth goal of the season on Saturday to secure the come-from-behind victory for top-ranked Clemson.
It was Boston College who struck first in the match, as Kristofer Konradsson converted a penalty kick opportunity in the 12th minute of play to give the Eagles a 1-0 lead. The early goal from Boston College made Saturday’s match the first time Clemson had trailed since Oct. 30, 2020, when the Tigers faced Wake Forest.
In the 19th minute, James Brighton drew the match level at 1-1 after converting a penalty kick following a foul committed by Boston College’s Alex Mieles. The goal was the 11th of Brighton’s career and his first from the penalty spot. As a team, the Tigers have now scored four penalty kicks this season.
Shortly after the second half of play began, Boston College took a 2-1 lead following Stefan Sigurdarson’s goal from 12 yards out during the 51st minute.
Clemson quickly responded to Sigurdarson’s goal with one of its own, as Quinn McNeill slotted the ball into the top-left corner to make the score 2-2. McNeill received the ball from Johnson and scored from 10 yards out. The goal was McNeill’s first of the season and fourth of his career.
Johnson’s second game-winning goal of the season brought his season point total to 12, making his first year with Clemson the most prolific offensive season of Johnson’s career. Saturday’s contest was the sixth match this season in which Johnson has contributed at least one point.
Following today’s result, Clemson improved its all-time record to 698-277-93 across 61 seasons of competition. Head coach Mike Noonan improved his career record to 346-182-72 across 32 seasons as a collegiate head coach. Noonan is 122-66-31 at Clemson with a record of 48-31-14 in ACC play. Clemson improved to 57-10-3 all-time when playing a match ranked No. 1.
Clemson men’s soccer will return home for its next action as the Tigers are set to host No. 6 Wake Forest on Friday, April 2 at Historic Riggs Field. The match will serve as the Tigers’ Senior Night. Kick-off is set for 7 p.m. on ACCNX.
For all of the most up-to-date information regarding Clemson men’s soccer, be sure to reference clemsontigers.com and follow @ClemsonMSoccer on Twitter.
MORE CLEMSON FOOTBALL, BASEBALL AND SOFTBALL COVERAGE HERE