CLEMSON, SC - The 20th-ranked Tigers entered the weekend riding a 17-game win streak but were faced with their biggest test of the season, No.11 Duke, which had won 18 straight. The first game of Friday's doubleheader featured two of the best pitchers in the nation, Valerie Cagle and Peyton St. George, who combined for one loss and an ERA under 2.0! Cagle turned in another great performance in the circle, allowing just one earned run, but that was all Duke would need, as St. George pitched a complete-game shutout for the 2-0 win, improving to 11-0 on the season. She also struck out Cagle twice and kept her off the bases, but the two-way superstar would have her redemption later in the series. Guimbarda, the Tigers' other heavy hitter, was also 0-3 at the plate with 3 K's.
It didn't get much easier for the Tigers' offense in the second half of Friday's doubleheader, losing 3-1 to extend the Devils' win streak to 20. The Tigers took a 1-0 lead into the 5th, but Duke would score a run in each of the final 3 innings to take a 2-0 lead in the series. Cagle was once again 0-3 at the plate with another K, and she picked up her third loss of the season and second of the day after coming in from the pen with the game tied in the 6th. 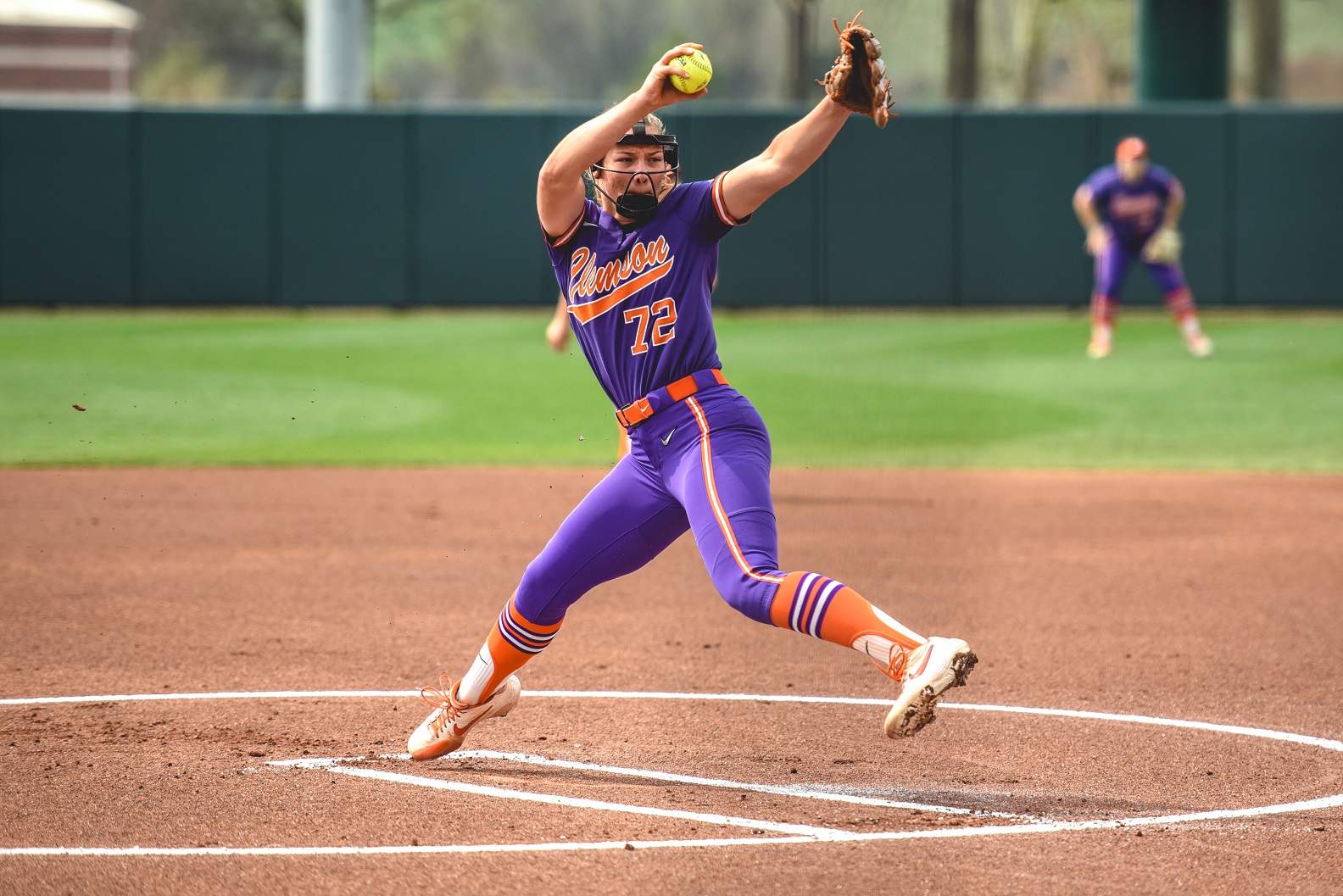 Cagle and the Tigers responded resiliently on Saturday, however. The two-way National Player of the Week pitched another complete game and hit a 2-run HR, handing St. George her first loss of the season and snapping Duke's 20-game win streak, the second-longest active streak in the nation. Freshman McKenzie Clark drove in the other 2 runs, going 3-3 with a pair of doubles. 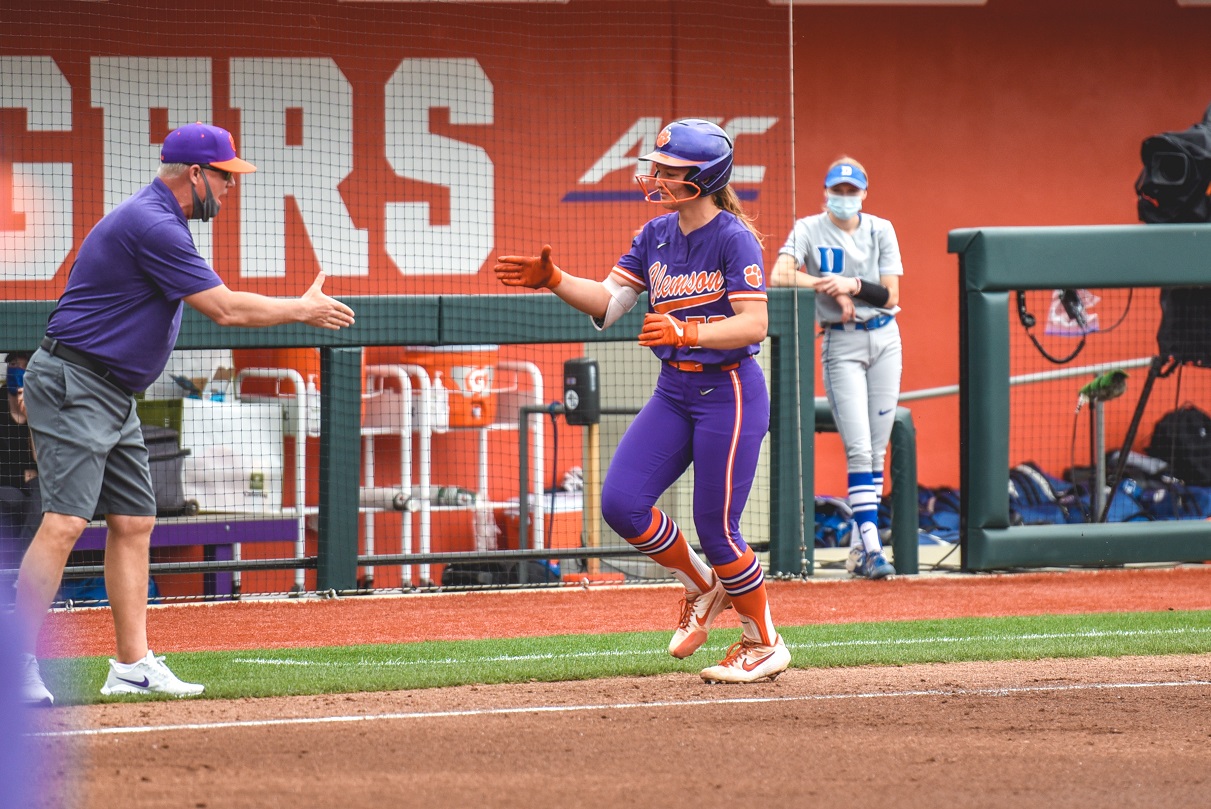 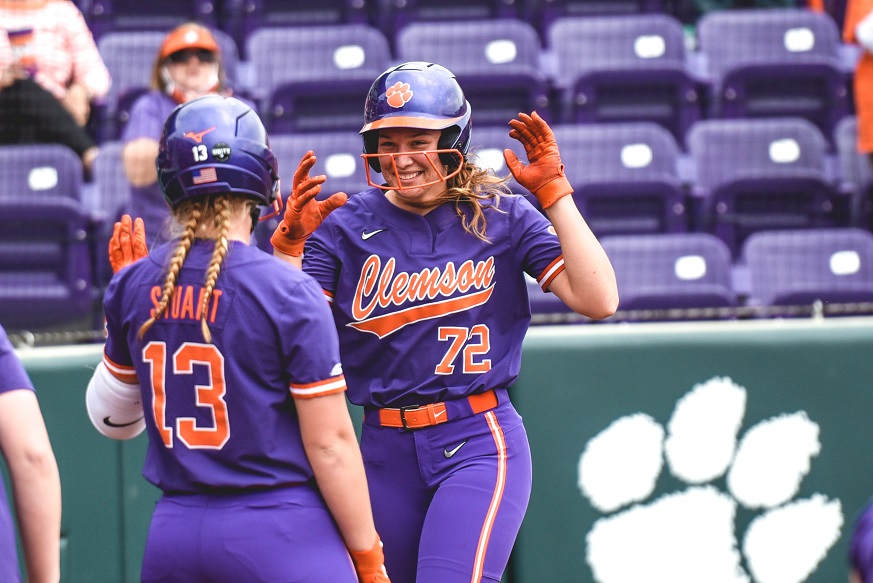 Melissa Guimbarda, one of the Tigers' best hitters, was just 1-9 with 4 K's entering Sunday's game, but she had the last laugh, going 2-4 with a double and 2 RBI's in the Tigers' 4-2 win to even the series. Duke struck first, taking a 1-0 lead in the 3rd, but the Tigers answered in the bottom half with 2 runs. Duke would tie it in the 5th, and the Tigers responded again with 2 runs in the bottom half. Thompson earned her 3rd win of the season, going 6 innings with 2 earned runs, and Cagle picked up her 4th save. She also had a triple and 3 walks at the plate.
It was a great series between two of the nation's best teams, and perhaps the pollsters will finally realize that they have undervalued this upstart Clemson team one year removed from its inaugural season. The Tigers should easily be ranked in the top 15 in my opinion! They host UNC next in a 4-game series next weekend, beginning on Thursday.
MORE CLEMSON FOOTBALL, BASEBALL AND SOFTBALL COVERAGE HERE