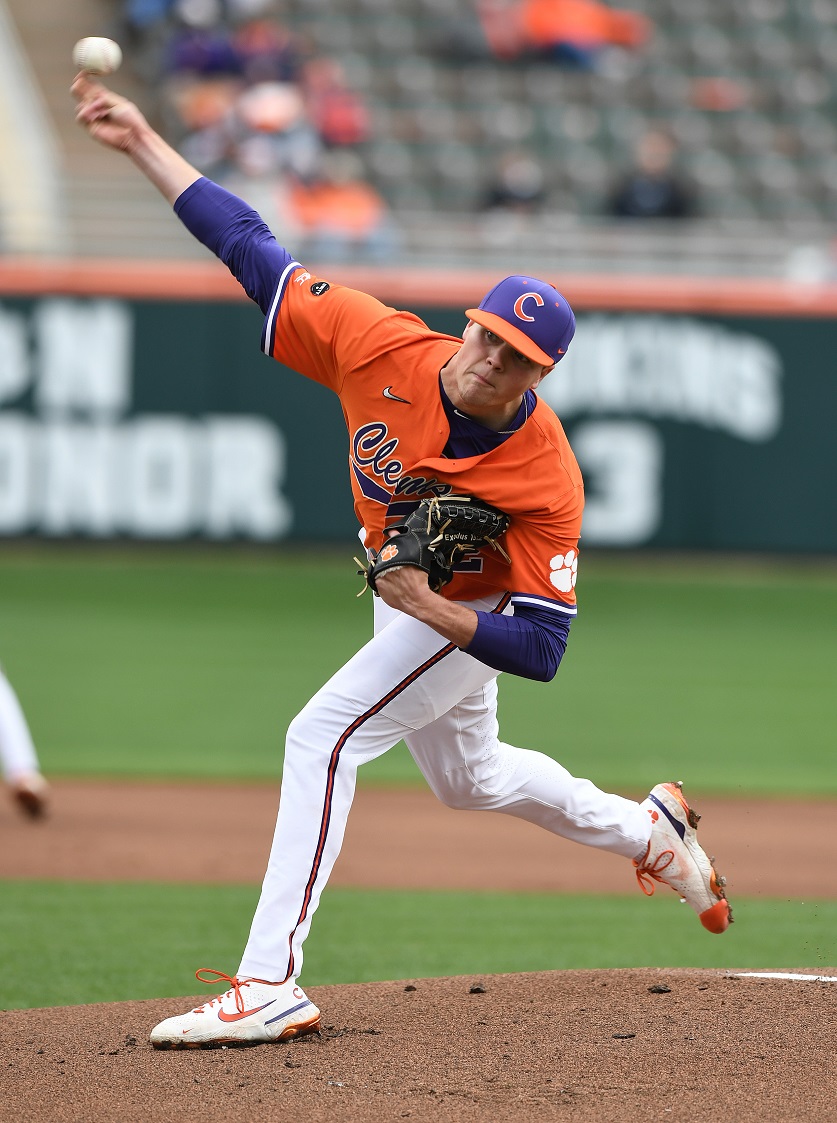 CLEMSON, SC - Redshirt freshman Mack Anglin was nearly perfect in his 2nd career start, allowing no runs, one weak hit and no walks through 6 innings for his 1st career win. The only base runners he allowed came on an error and a weak chopper to 3rd that was ruled a hit but easily could have been an error. It was just as well, though, because a lightning delay just after the start of the 7th caused a pitching change for the Tigers, and Anglin likely would not have gone the complete game even if there hadn't been a delay. He was at 71 total pitches when the delay occurred, and this was his first appearance since straining his oblique a few weeks ago.
Adam Hackenberg came up with a big 2-out RBI single to put the Tigers up 3-0 in the 3rd, and James Parker added 2 RBI's, going 2-5. Meredith, Brewer and Teo each went 2-4. Grice had one of his worst games, going 0-4 with 3 K's and an intentional walk, but the Tigers still managed to score 6 runs.
Sam Hall finally made his season debut, pinch running in the 8th and scoring a run. He also made 2 plays at 2nd in the 9th, including a diving stop on the last play of the game. It will be interesting to see if Monte works him into the lineup at some point this weekend and gives him a chance to hit.
The Tigers have won 10 of their last 13 and look to clinch their 4th straight ACC series Saturday night at 7:00 on ACC Network. Post-game interviews are below!
MORE CLEMSON BASEBALL, SOFTBALL AND FOOTBALL COVERAGE HERE