NO.4 CLEMSON BEATS NO.1 PITTSBURGH 2-0, MAKES CASE FOR NO.1 SEED IN NCAA TOURNAMENT

Photo by John Bolton CUTigers.com
CLEMSON, SC - It was an ACC Championship rematch on Saturday night at Historic Riggs Field between No.4 Clemson and No.1 Pittsburgh. The Tigers beat then No.1 Pitt 2-1 in November to claim the ACC Championship and the No.1 ranking, which they maintained up until a week ago. Pitt reclaimed the No.1 spot after the Tigers' scoreless tie with No.4 Wake Forest, but the Tigers would have the last laugh, beating Pitt 2-0 on Saturday for their 3rd straight win over the Panthers. It was also the Tigers' 3rd win over a No.1 team this year and 11th in program history, and, having won the ACC's automatic qualifying bid for the NCAA Tournament, the Tigers will likely receive the No.1 seed on Monday. 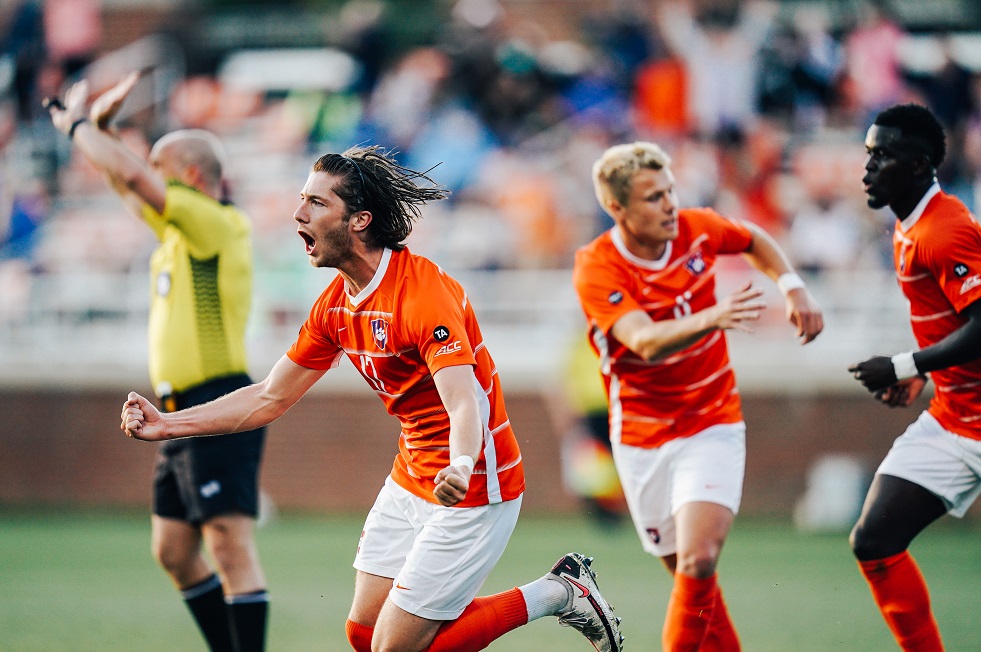 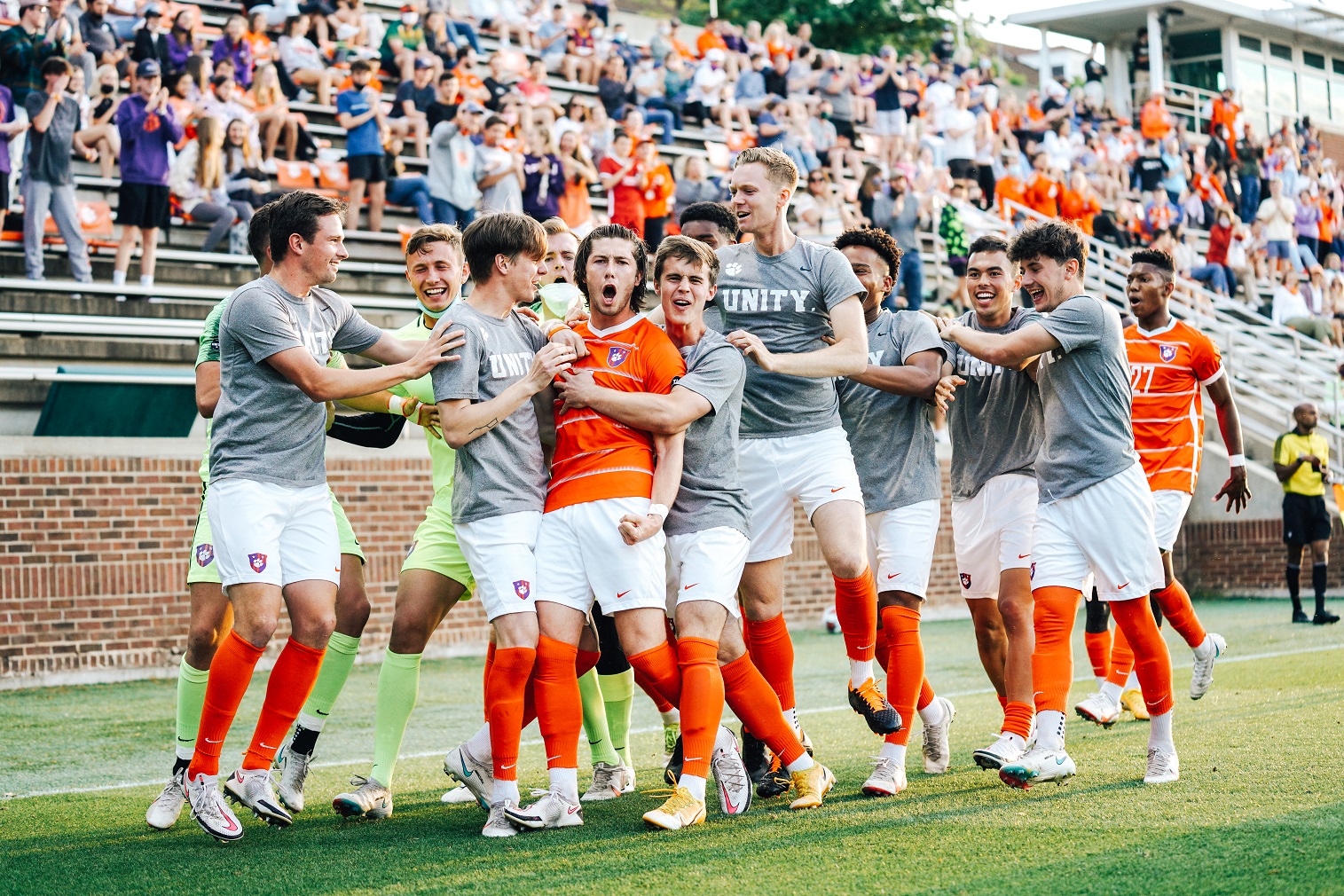 The Tigers jumped out to a 1-0 lead for the 3rd straight time against Pitt when Greenville native Quinn McNeill scored unassisted off of a set piece 16 minutes into the game. However, the Tigers did not go into defensive mode. On the contrary, they remained extremely aggressive, dominating the first half with several near misses. They could have easily led by 3 or 4 goals at the half, but the score remained 1-0 until defender Isaiah Reid scored his 2nd career goal with 7 minutes left in regulation. The goal was assisted by Mohamed Seye, who had been working his way back from injury over the last few games. Seye had scored the opening goal against Pitt in the previous two meetings and had several chances in this one, playing 78 minutes, the most since his injury earlier in the spring. Each of the previous 3 meetings between the two teams had been decided by one goal, including one overtime game, but the Tigers would hold on for the 2-0 win. Junior goalkeeper George Marks made a couple fantastic saves in the net and is now 14th on the Clemson career save list. 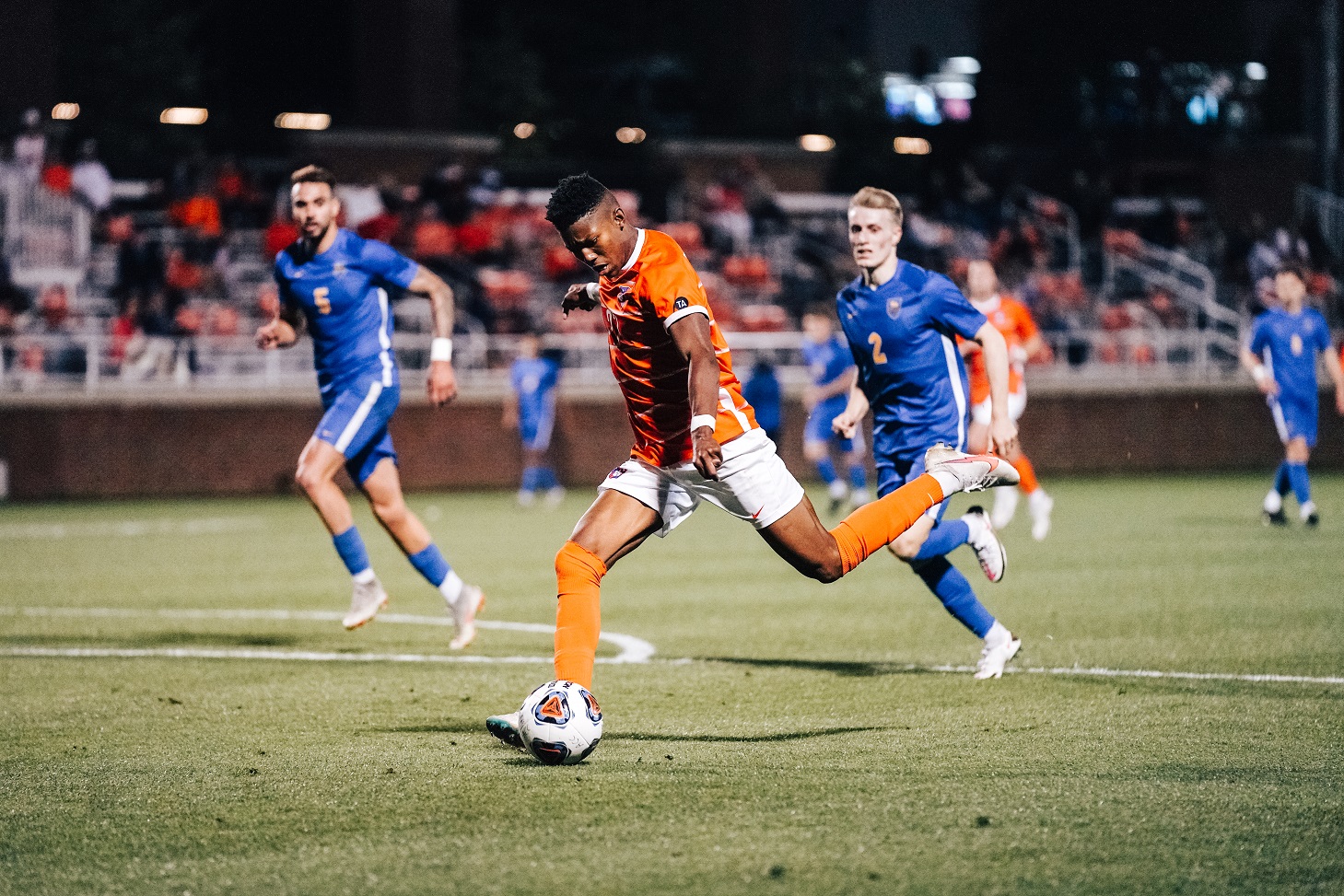 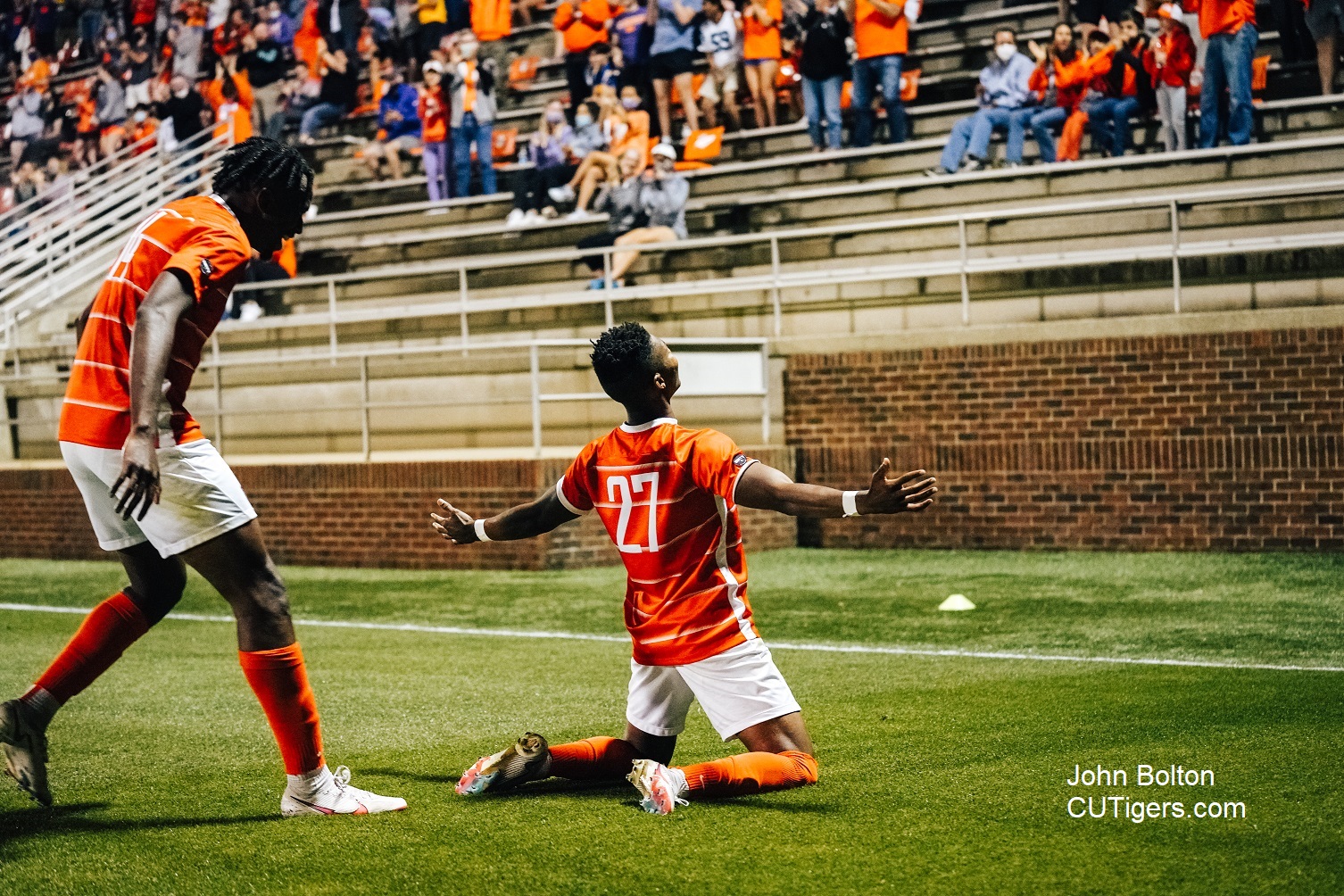 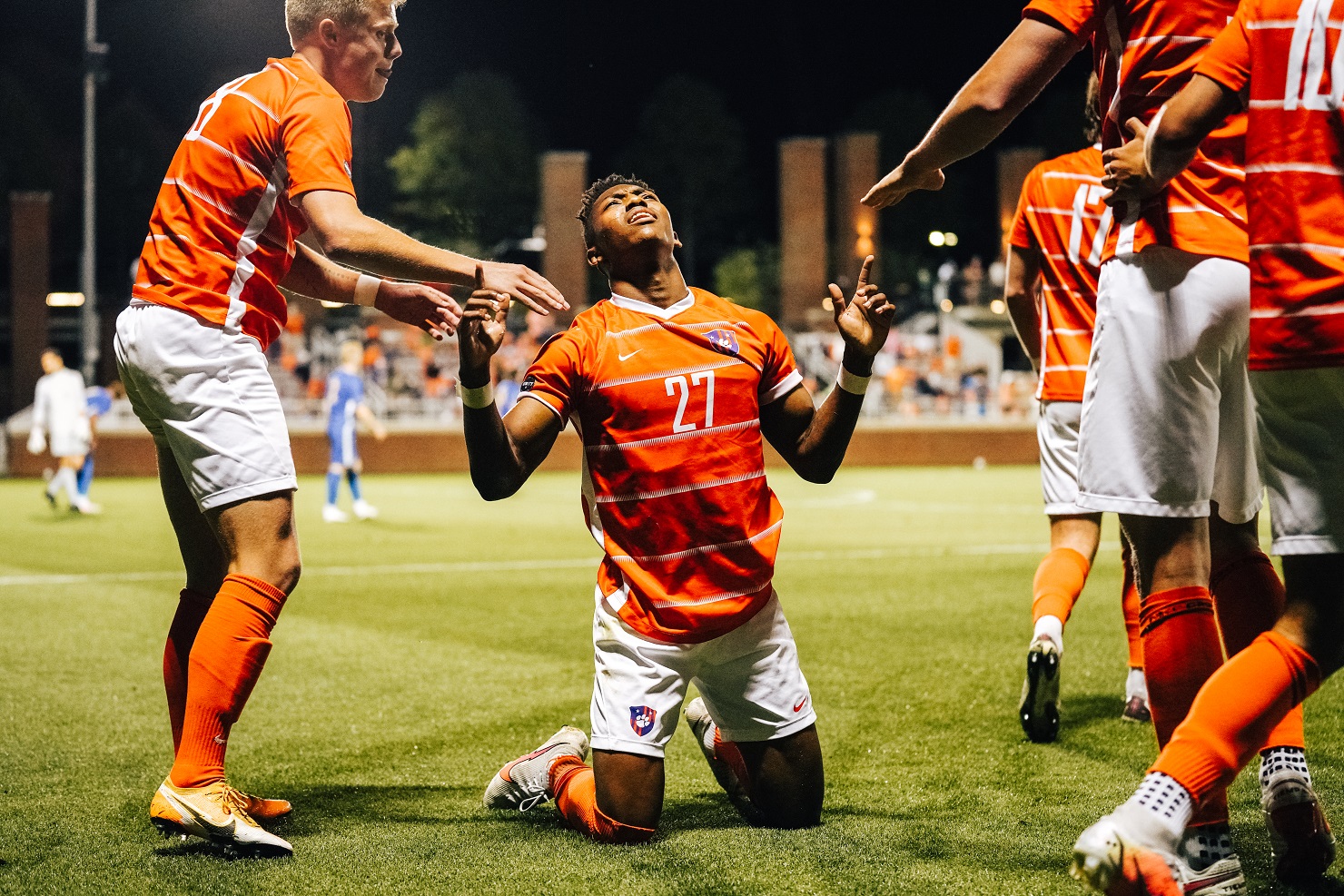 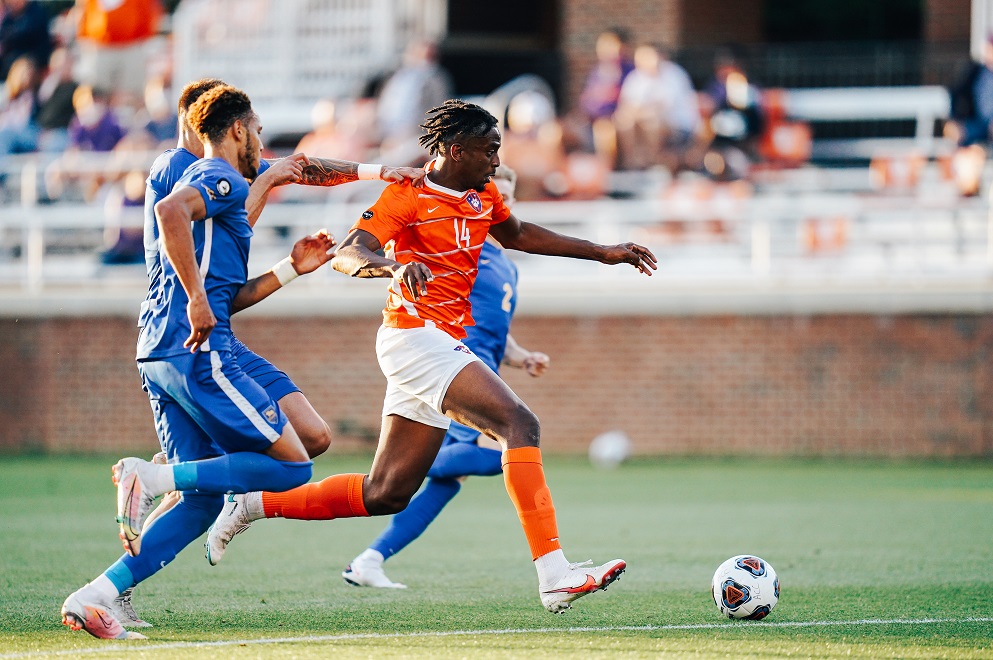 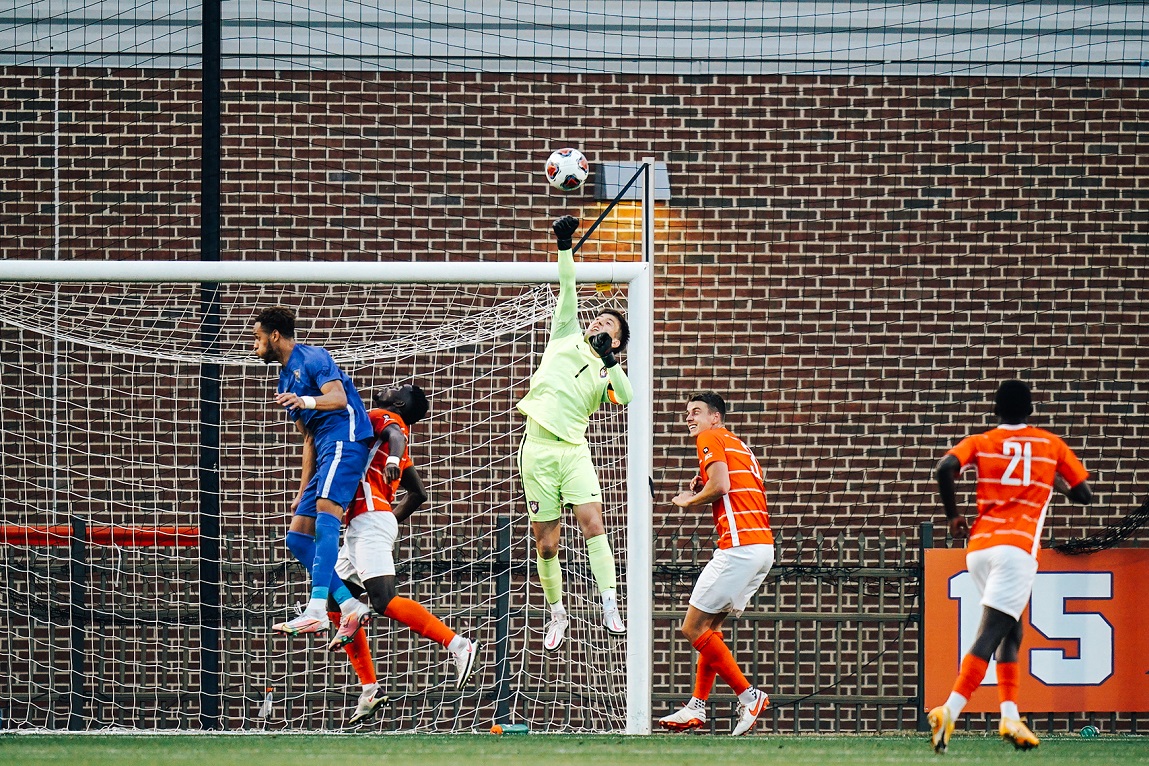 Clemson has now beaten a No.1 ranked team 38 times in all sports combined. The NCAA Tournament seeding will be revealed at noon on Monday, and it could be the second time in program history and first time since 1998 that the Tigers are the No.1 seed. They were undefeated and ranked No.1 in 1976 going into the tournament, but the NCAA did not seed the teams back then. The Tigers, of course, won national titles in 1984 and 1987, but they were not the No.1 seed in either of those tournaments. The Tigers have been a No.2 seed multiple times, including the last NCAA Tournament in 2019. 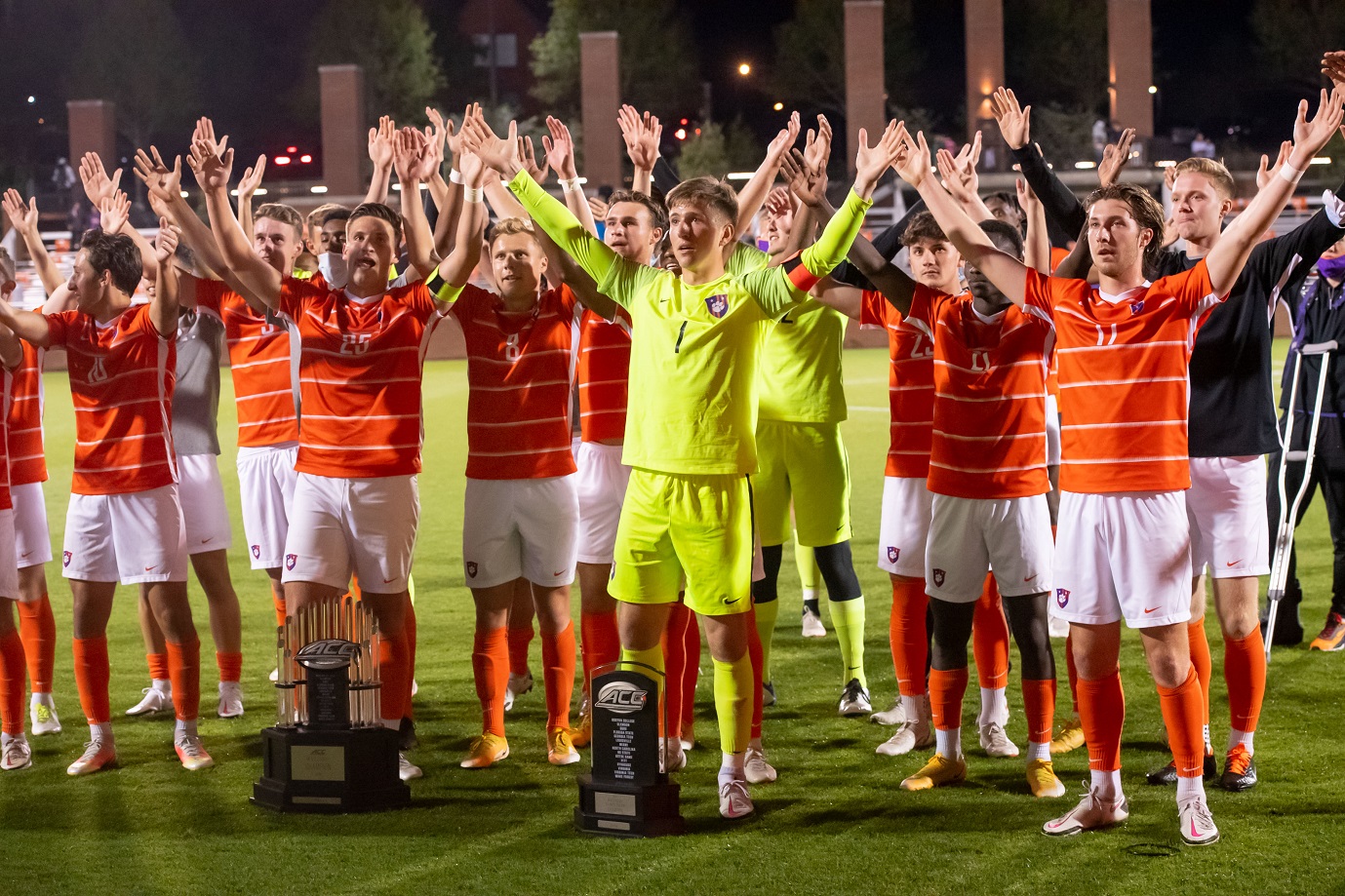 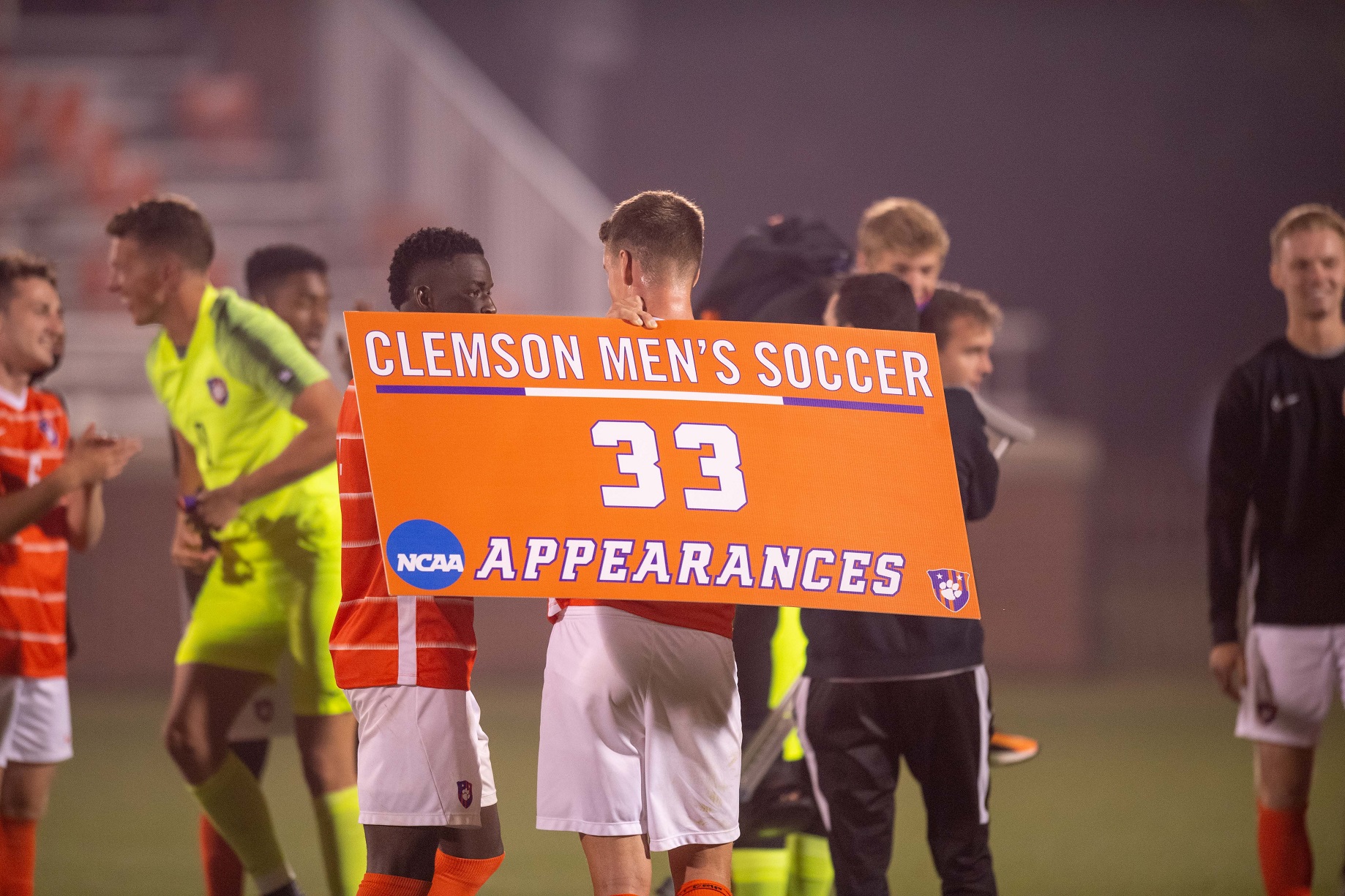 Ironically, the Tigers will not host any of their NCAA Tournament games because the NCAA has decided to hold all tournament games in North Carolina due to COVID, as it did in Indiana for the basketball tournament. Ordinarily as the No.1 seed, the Tigers would have had home field advantage all the way up until the final four. I guess near by North Carolina is preferable to many alternative locations further away, but it's unfortunate that the Tigers won't benefit from the advantage that they have earned this season.
My exclusive post-game interview with Mike Noonan is below!
MORE CLEMSON SOCCER, BASEBALL, SOFTBALL AND FOOTBALL COVERAGE HERE