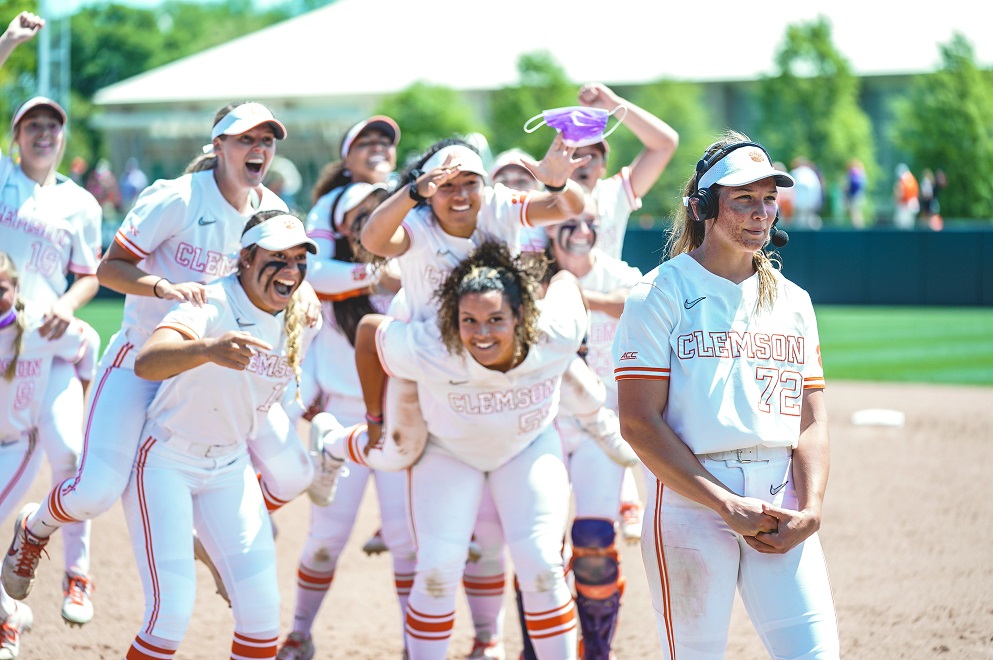 CLEMSON, SC - The No.17 Clemson Softball team continues to roll, shutting out Boston College 6-0 on Sunday for the series sweep, thanks to two-way superstar Valerie Cagle's second no-hitter of the week. BC didn't even get the ball out of the infield on Sunday, and if not for an error by Cagle, she would have had a perfect game! Cagle also pitched a no-hitter on Tuesday against Winthrop, but that game only went 5 innings due to the mercy rule. As with many of her magnificent pitching performances this season, Cagle was also the best hitter of the game on Sunday, going 3-4 with a HR and a double! Not only does the second-year freshman and sure-to-be All-American lead the ACC in ERA (0.89), but Cagle also leads the Tigers in batting average (.379), doubles (9) and walks (15) while tied with Marissa Guimbarda in HR's (9).
Cagle is a big reason that the Tigers have had such remarkable success in just one year as a program under former Stanford Head Coach John Rittman. The Tigers have now won 12 straight games and 29 of their last 31, losing only to No.11 Duke in a split series. They will go to Columbia on Wednesday for their first-ever meeting with the Gamecocks, televised on SEC Network at 7:00, before wrapping up their home schedule against NC State this weekend.
We'll speak with both John Rittman and Valerie Cagle on Tuesday to discuss Wednesday's rivalry game. Click on the link below for that and more!
MORE CLEMSON SOFTBALL, BASEBALL, SOCCER AND FOOTBALL COVERAGE HERE