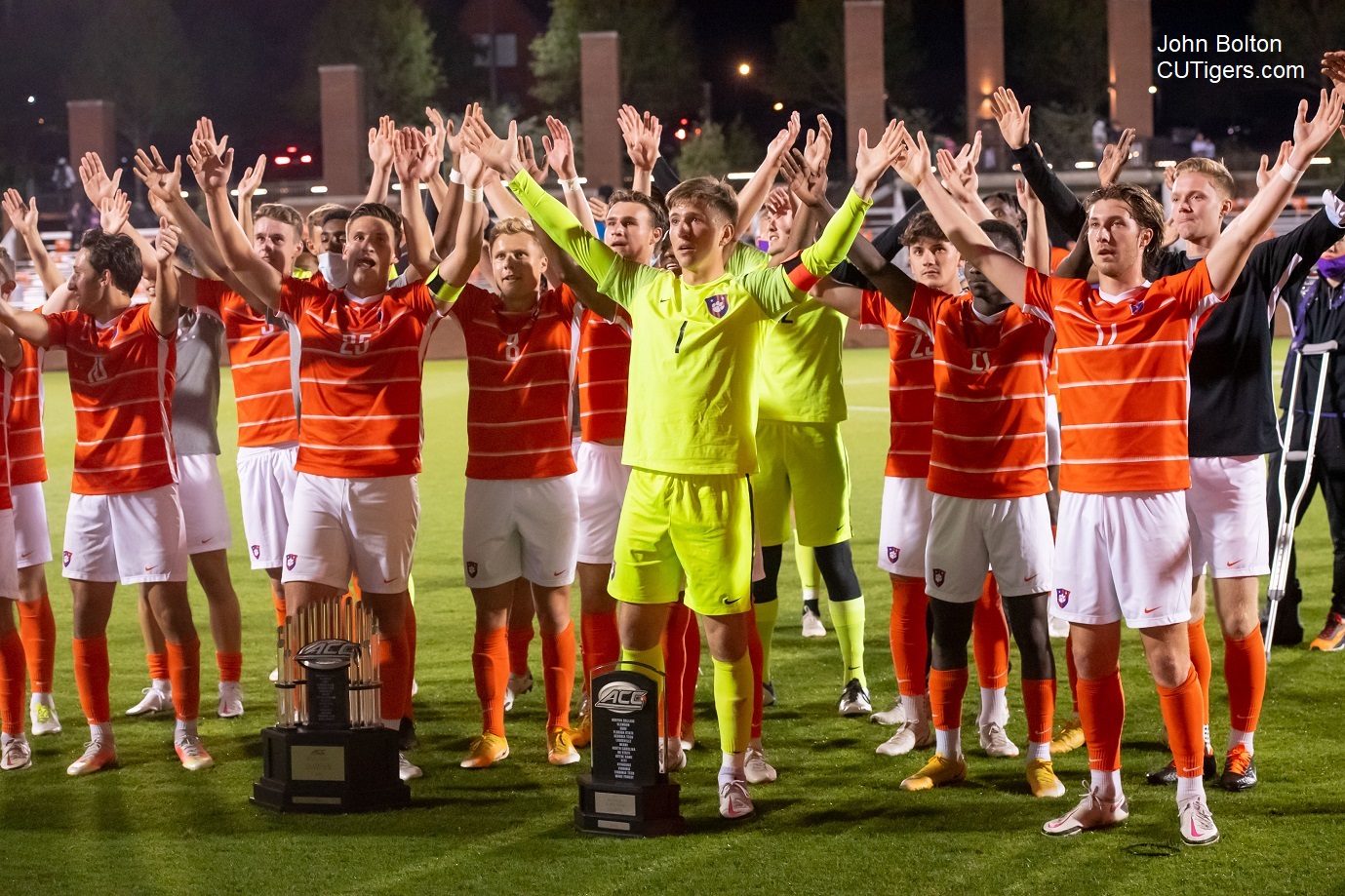 Photo by John Bolton CUTigers.com
CLEMSON, SC - The NCAA field was just announced, and the Tigers are the No.1 seed for the first time since 1998! That was the fall before I graduated from Clemson, so it's been a long time. The ACC Champs knocked off Pitt 2-0 on Saturday night for their 3rd win over a No.1 ranked team this year. The Tigers were the No.2 seed in the last NCAA Tourney in 2019. This is their 33rd NCAA appearance, which is 8th all-time. They are 6th all-time in NCAA wins. A 3rd national title would tie the Tigers with Stanford, who beat them in the 2015 championship, for 7th all-time.
The Tigers will play the winner of Jacksonville and American on May 2 in/near Cary, NC, which is where all the games will be played this year. Ordinarily, the Tigers would have home field advantage until the final four. The Clemson Women's Soccer team will be making their 7th straight NCAA appearance as the No.14 seed and will also play their games in/near Cary, NC.
Our interview with Mike Noonan is below!
MORE CLEMSON SOFTBALL, BASEBALL, SOCCER AND FOOTBALL COVERAGE HERE