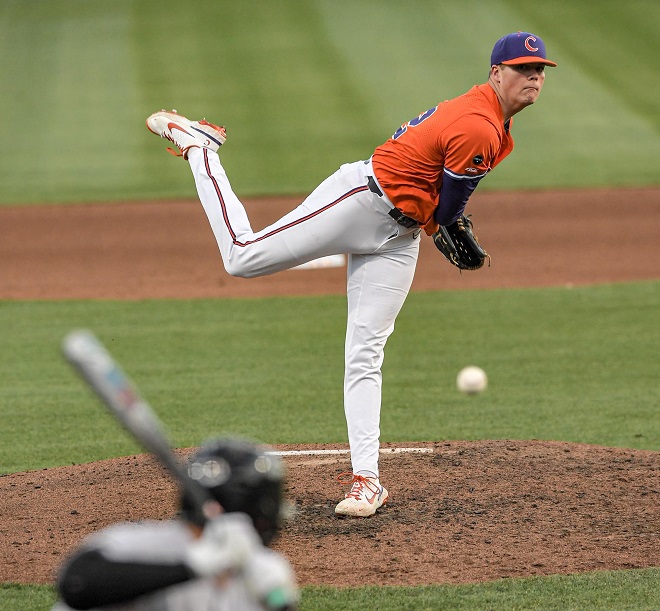 CLEMSON, SC - The Tigers opened their weekend series against Wake Forest desperate for a win after a heartbreaking 8-7 loss at Georgia Tuesday extended their losing streak to 7 games, the longest of Monte Lee's tenure at Clemson. The Tigers blew a 2-run lead in the 7th in Athens, and after a pair of passed balls put Wake ahead 2-1 in the 5th, it looked like they might find a way to lose again. However, the Tigers responded immediately and tied the game in the bottom half of the inning. Hackenberg redeemed himself for his pair of passed balls, drawing a walk and stealing 2nd, allowing Meredith to drive him in with a 2-out single. Hack would score again after he and Teo hit back-to-back 2-out doubles in the 8th. The Tigers added 2 runs in the 7th thanks to another big single by Meredith, making the score 4-2 before making it 5-2 in the 8th. 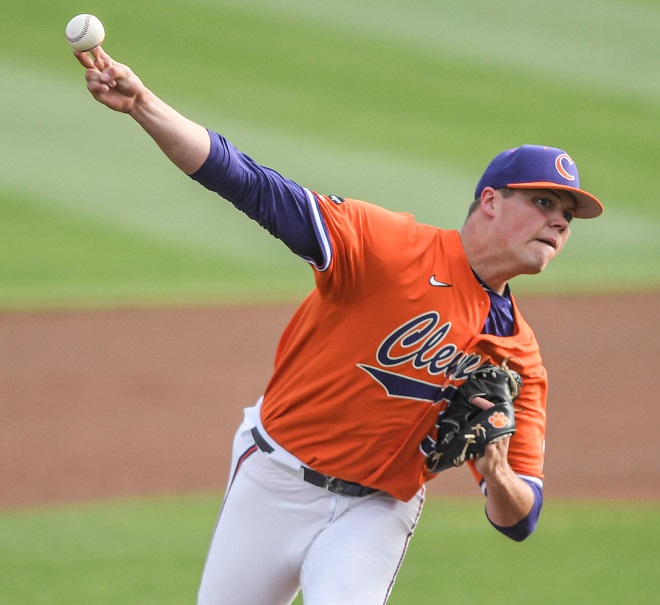 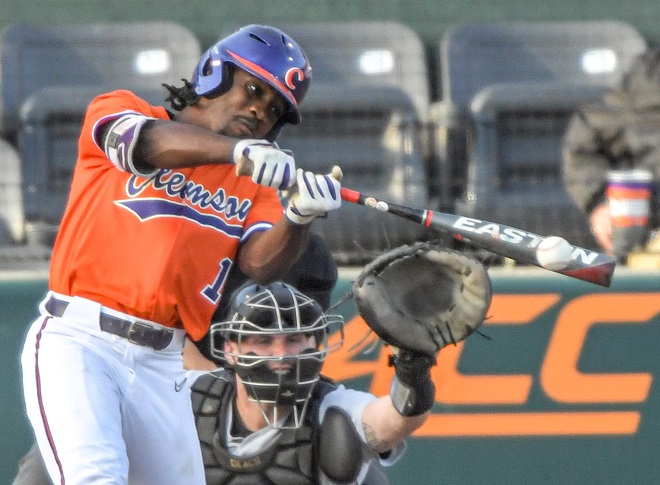 Redshirt freshman Mack Anglin delivered one of the best starts of the season for the Tigers, allowing just 3 hits in 6.1 innings with 11 K's. Again, Wake's only 2 runs came thanks to back-to-back passed balls by Hackenberg. Geoffrey Gilbert only pitched one inning but earned the win since the Tigers took the lead when he came into the game. Freshman Nick Hoffmann did an excellent job, striking out 3 and allowing just one base runner in 1.2 innings to earn his first career save. 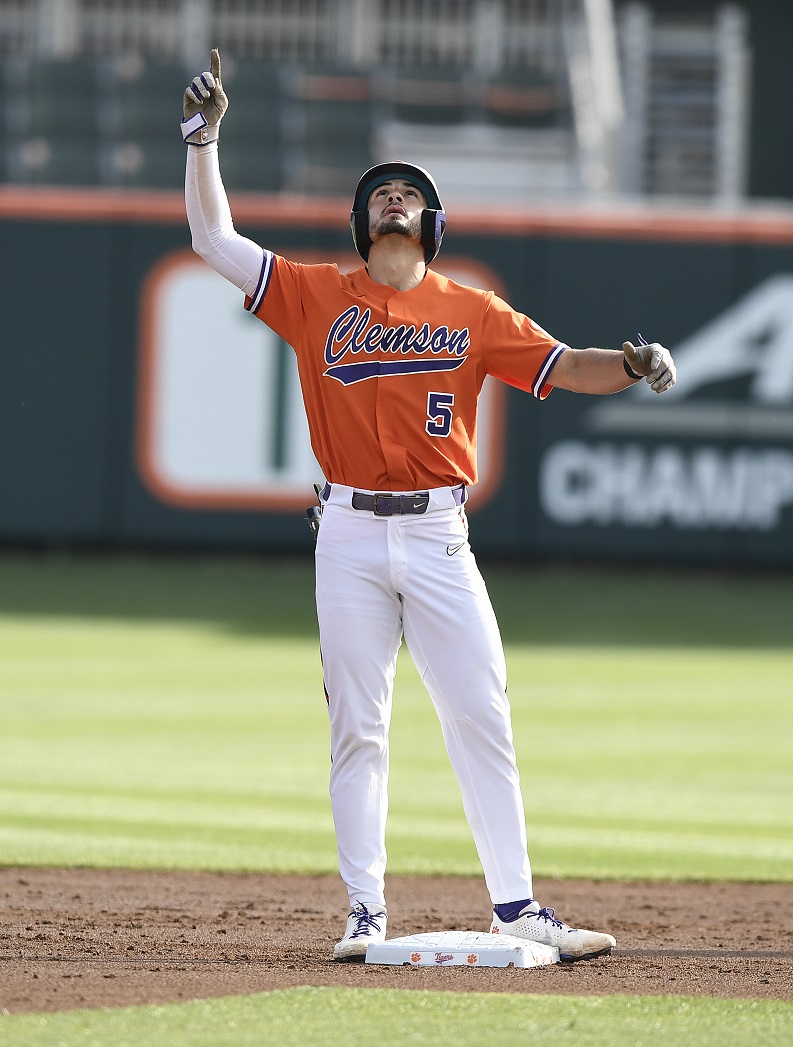 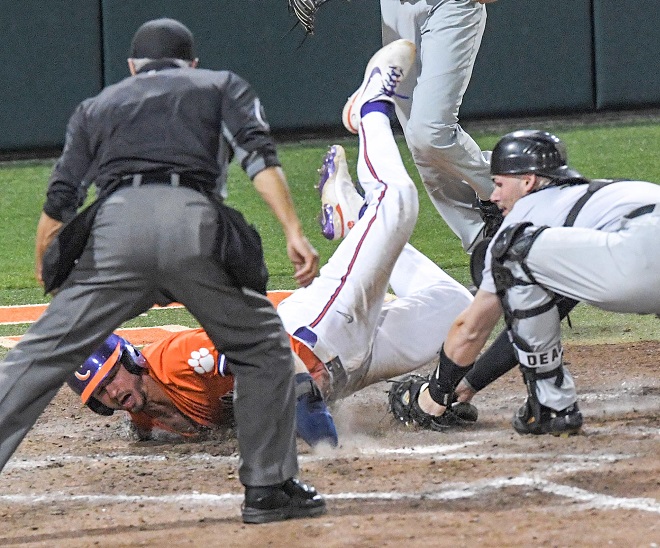 Sam Hall has been the Tigers' best hitter since he made his season debut a couple weeks ago, coming off injury. He was 2-4 on Friday night with a double, a walk and 2 runs scored, including the first run of the game when he stole home in the 1st inning. He puts pressure on the defense with his base running and has been an asset in the field as well. His average for the season is now up to .429! 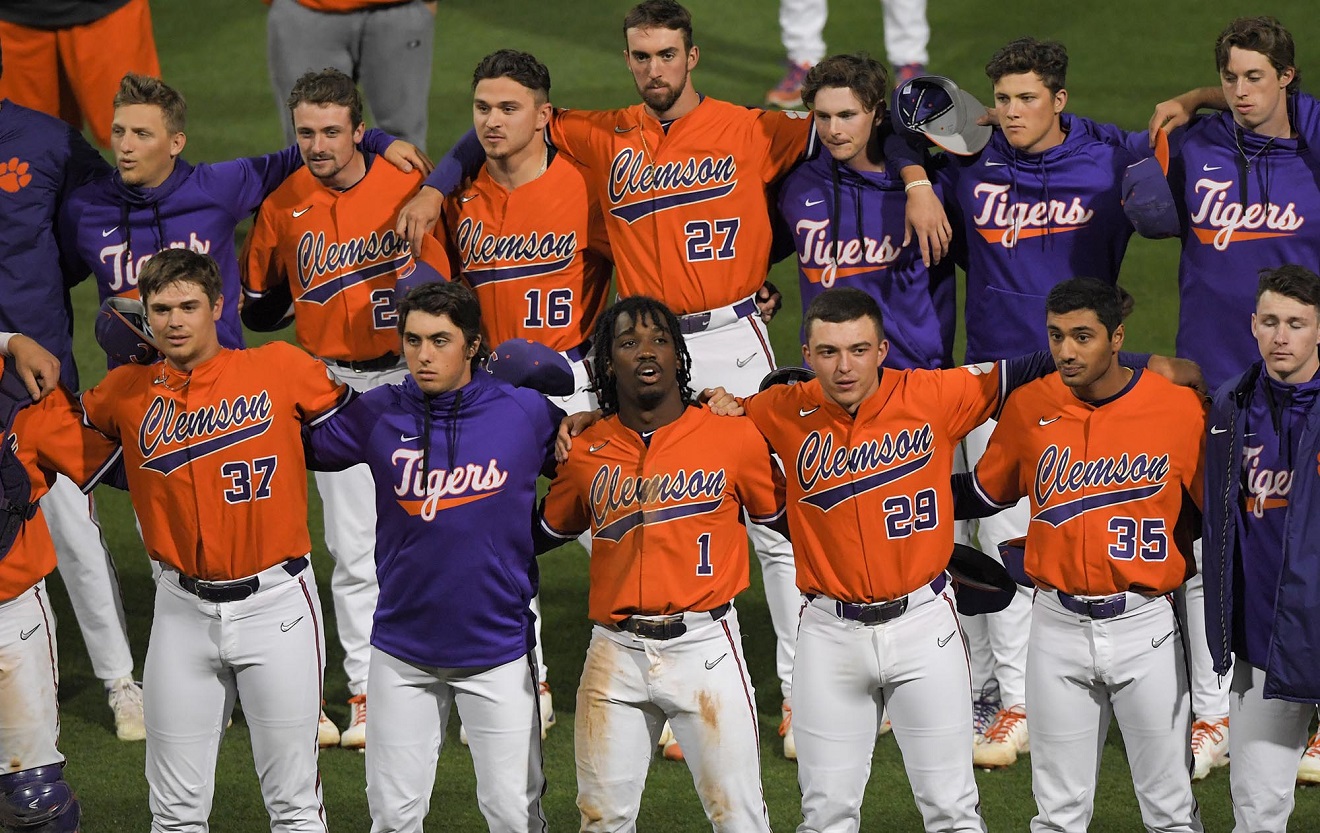 We'll see if this win can turn things around and give the Tigers some momentum. They need to sweep Wake this weekend and go on a serious win streak if they're going to have a hope of making the NCAA Tournament this season. With series against Louisville, Georgia Tech and FSU, they'll have plenty of opportunity, but it starts this weekend. Keyshawn Askew will be on the mound for game 2 on Sunday, and he's been solid except for one bad outing at Miami last weekend. He pounds the strike zone, walking just 3 all season, and that should help the Tigers carry the momentum of this win into Sunday.
Post-game interviews are below!
MORE CLEMSON BASEBALL, SOFTBALL, SOCCER AND FOOTBALL COVERAGE HERE