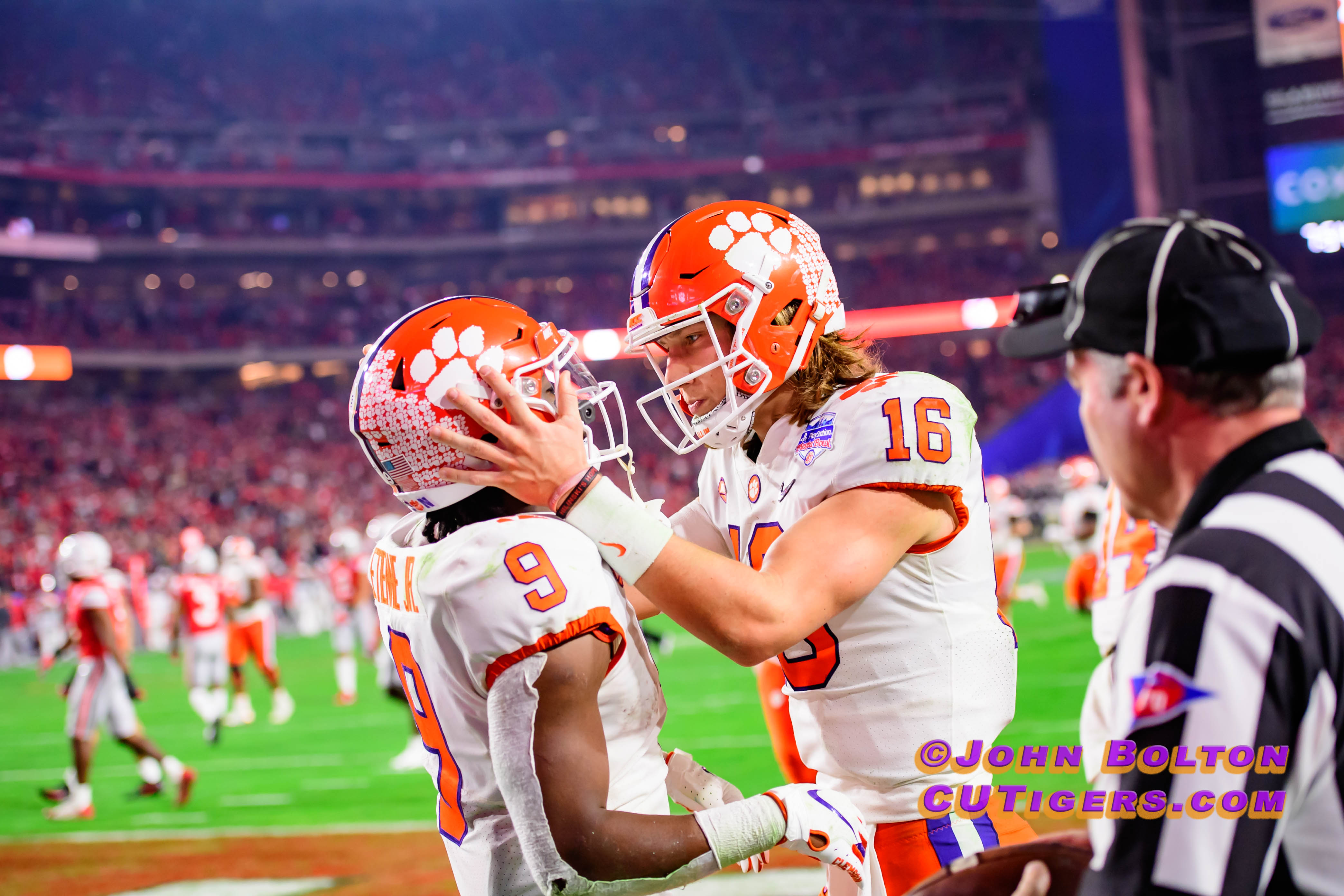 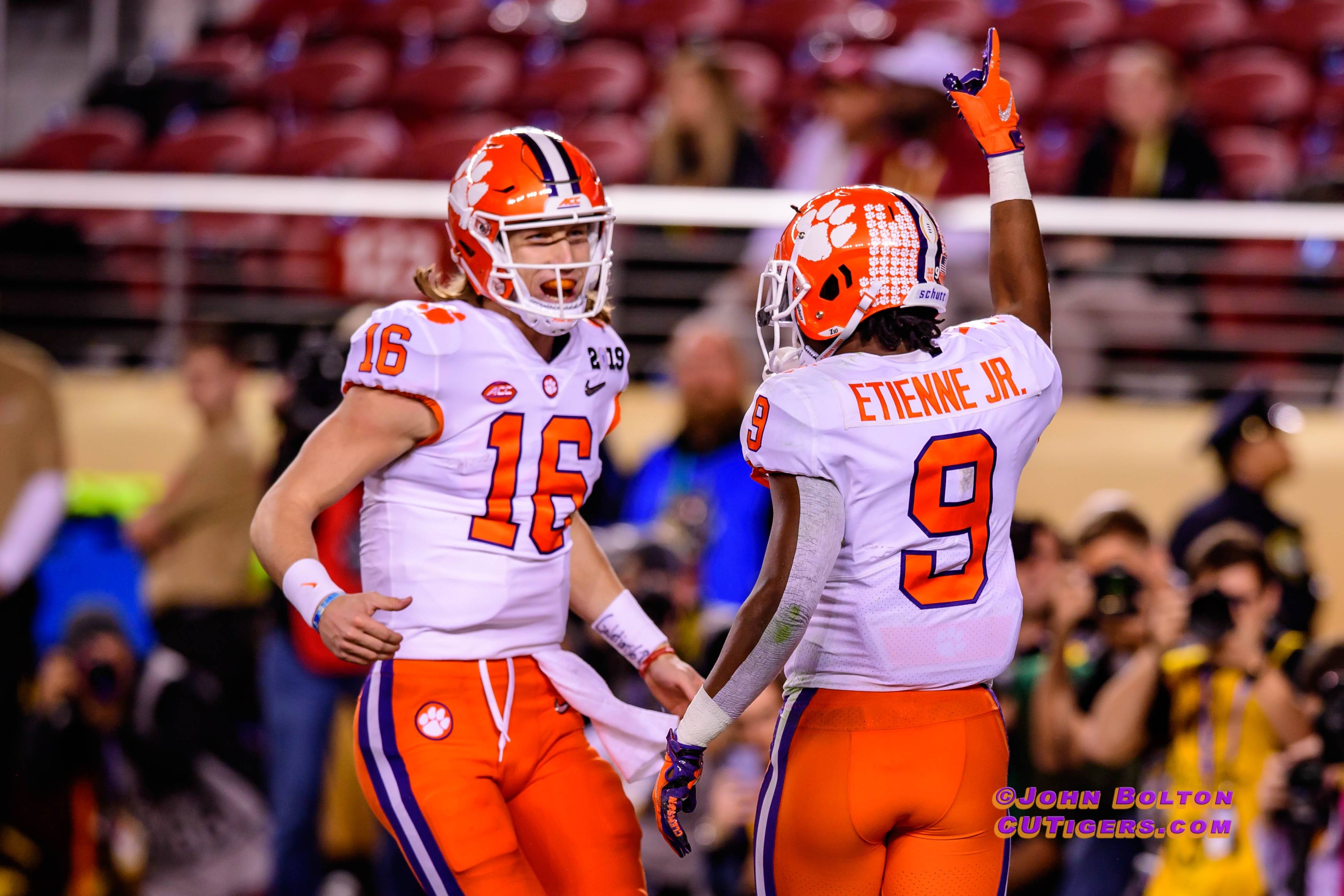 - Became only the 51st program ever to produce a No. 1 overall pick since inception of the draft in 1936.

- Has now produced a Top 10 pick in three consecutive drafts for the first time in program history. Entering the 2021 NFL Draft, only Clemson, Alabama, LSU and Ohio State had produced a Top 10 selection in each of the previous two drafts.

-  Clemson and Alabama (QB Mac Jones and RB Najee Harris) became the fifth and sixth programs since 2000 to produce a quarterback/running back duo in the first round of a single draft, joining LSU (QB Joe Burrow and RB Clyde Edwards-Helaire in 2020), Georgia (QB Matthew Stafford and RB Knowshon Moreno in 2009), USC (QB Matt Leinart and RB Reggie Bush in 2006) and Auburn (QB Jason Campbell and RBs Ronnie Brown and Cadillac Williams in 2005).

- With Trevor Lawrence and Travis Etienne both being selected by the Jacksonville Jaguars in the first round, the duo became the QB/RB duo from a single school ever drafted by the same team in the first round of an NFL Draft in the Common Draft era.

- Extended its streak of consecutive drafts with at least one selection to 19 since 2003, representing the second-longest streak in school history behind a 24-year streak across the 1951-74 NFL Drafts.

- Became the 65th player to have played for Head Coach Dabo Swinney to be drafted into the NFL, including the 14th first-round pick of Swinney’s tenure.

- Represents Clemson’s 35th first-round pick in the NFL Draft all-time, dating back to Banks McFadden’s selection by the NFL’s Brooklyn Dodgers with the fourth overall pick in the 1940 NFL Draft.

- Became the second Clemson player drafted by the Jaguars since the franchise’s debut in 1995. He joins defensive end Andre Branch, whom the Jaguars selected in the second round (No. 38 overall) in 2012.

- Became Clemson’s 13th Top 10 pick all-time and, including the No. 4 overall pick of Clelin Ferrell in 2019 and the No. 8 overall pick of Isaiah Simmons in 2020, gave Clemson three consecutive drafts with a Top 10 selection for the first time in Clemson history. Prior to the current run, Clemson had previously twice had Top 10 picks in back-to-back drafts, including 1982-83 with Jeff Bryant and Terry Kinard and 2014-15 with Sammy Watkins and Vic Beasley.

- Became the 66th player to have played for Head Coach Dabo Swinney to be drafted into the NFL, including the 15th first-round pick of Swinney’s tenure.

- Tied Flagler as the second-highest-drafted running back from Clemson in the Common Draft era.

- Gave Clemson multiple first-round picks by a single team in one draft for the first time in school history.

- Became the third Clemson player ever drafted by the Jaguars, joining DE Andre Branch (2012) and Lawrence (2021).