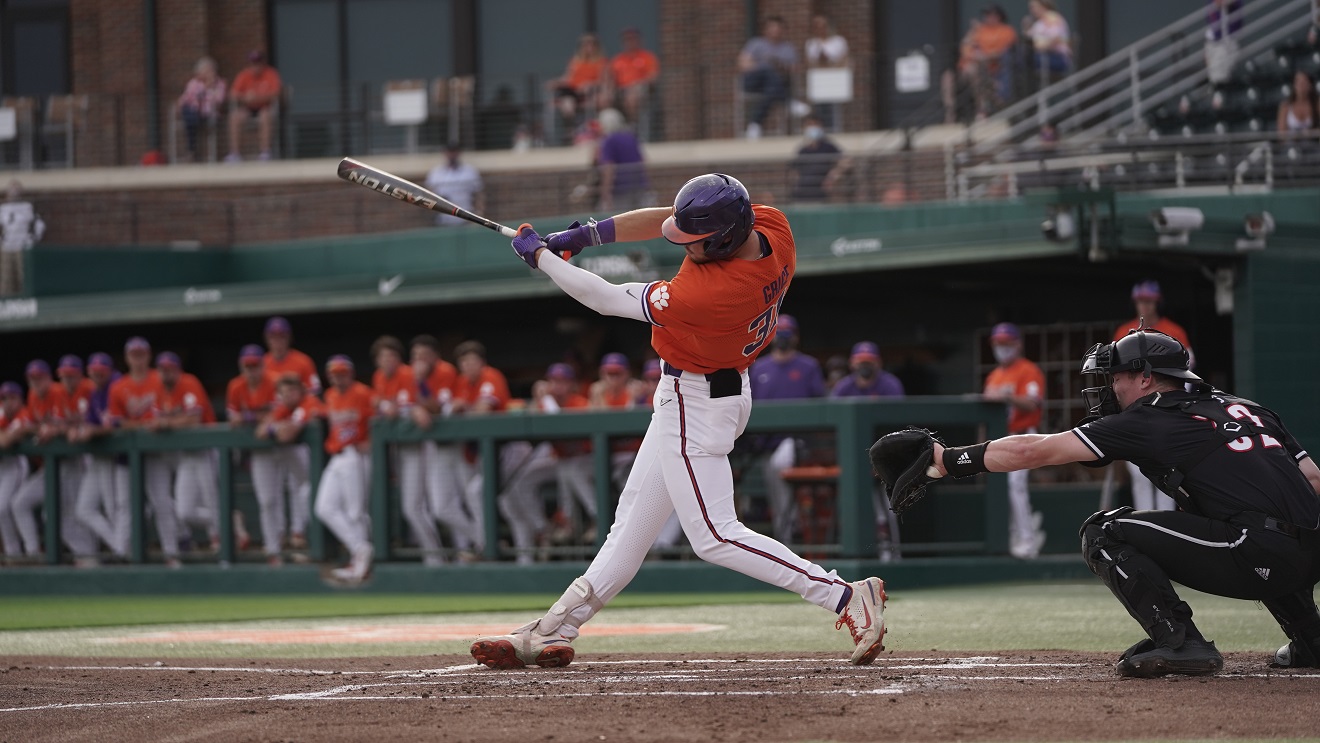 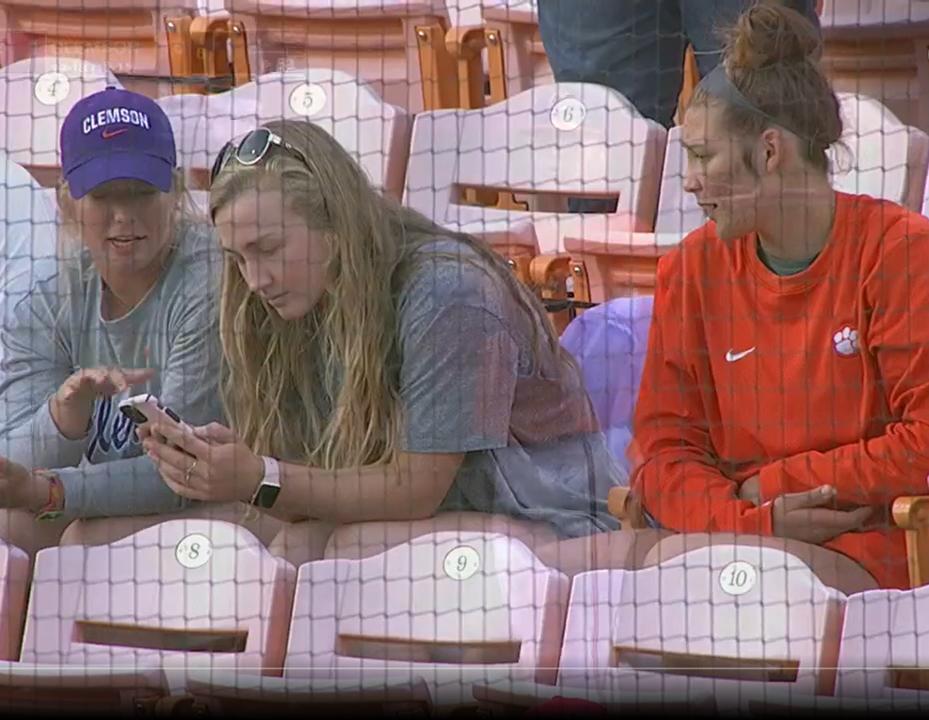 CLEMSON, SC - With fellow freshman National Player of the Year candidate Valerie Cagle looking on from the stands on her weekend off, Caden Grice homered in each of his first 3 at bats, including a grand slam and 8 RBI's, as the Tigers exploded to an 11-1 lead in the 9th, winning 11-3. I guess the week off for exams didn't slow down the momentum they gained from last weekend's sweep of Wake Forest! Sam Hall also homered and had 2 RBI's. Davis Sharpe continued to struggle at the plate, outside of his walk-off HR against Wake last week. He was 0-5 with 3 strike outs and is now .159 on the season. 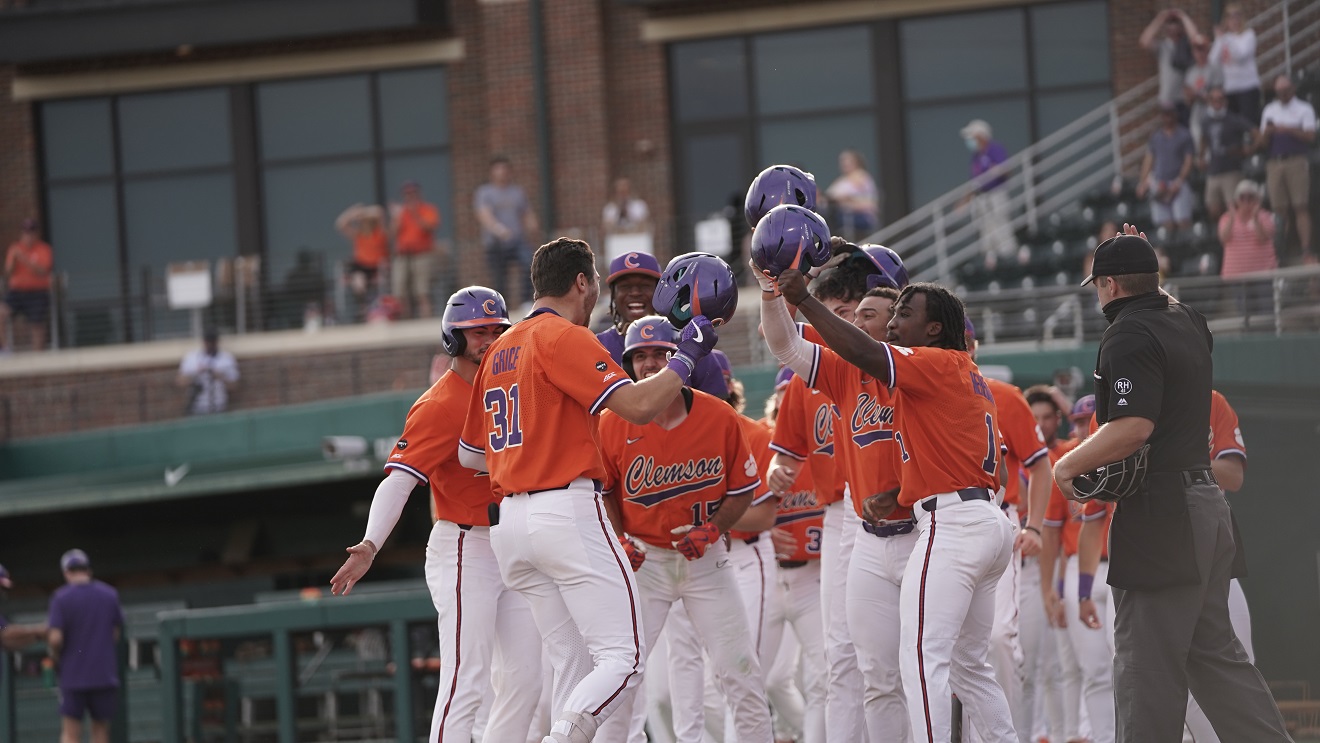 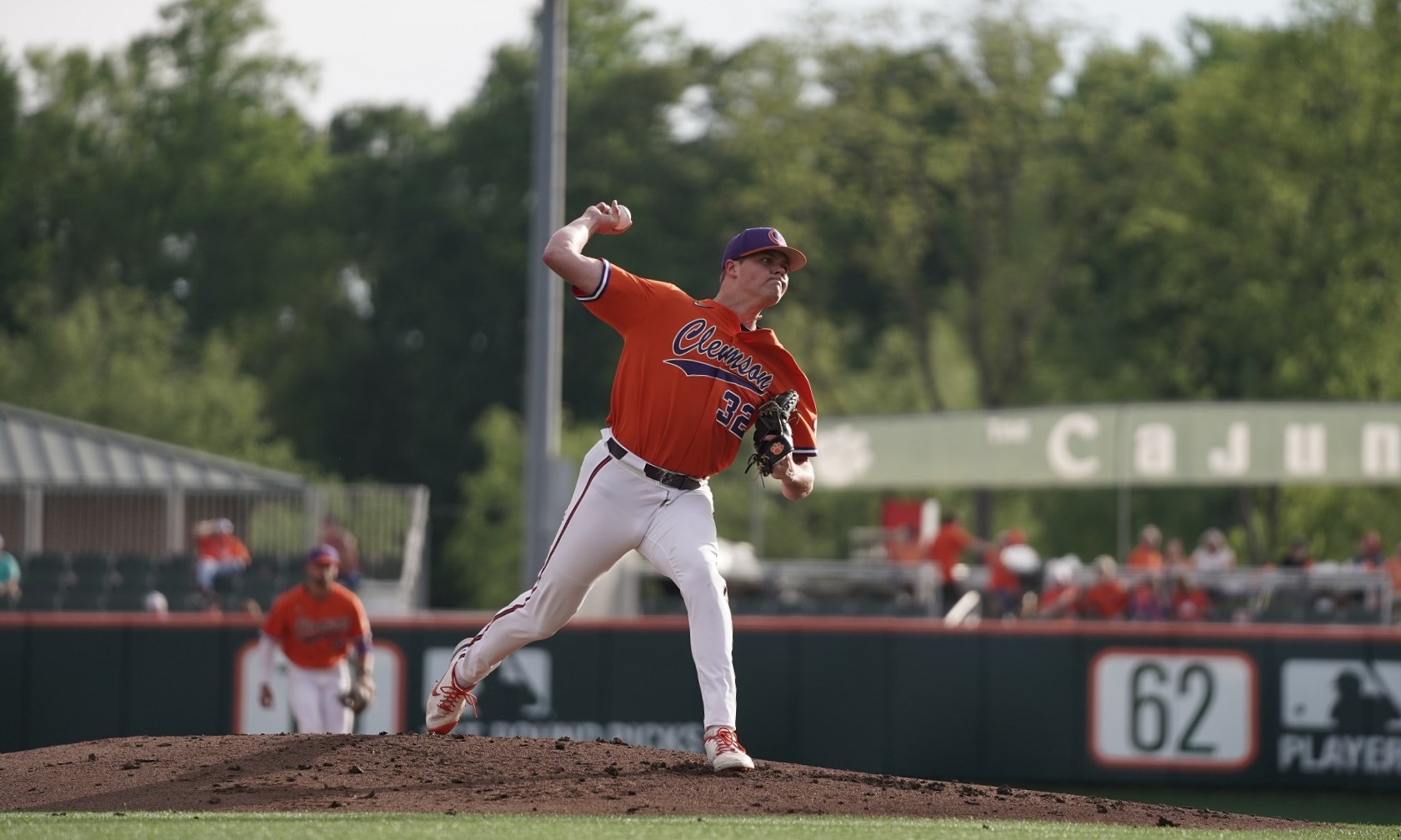 Freshman starter Mack Anglin was outstanding on the hill, allowing just one run and 5 hits in 7 innings with 9 K's. He threw 110 pitches after throwing 113 in last week's 5-2 win over Wake, and that allowed Monte Lee to save his best relievers, Gilbert and Hoffmann for later in the series. 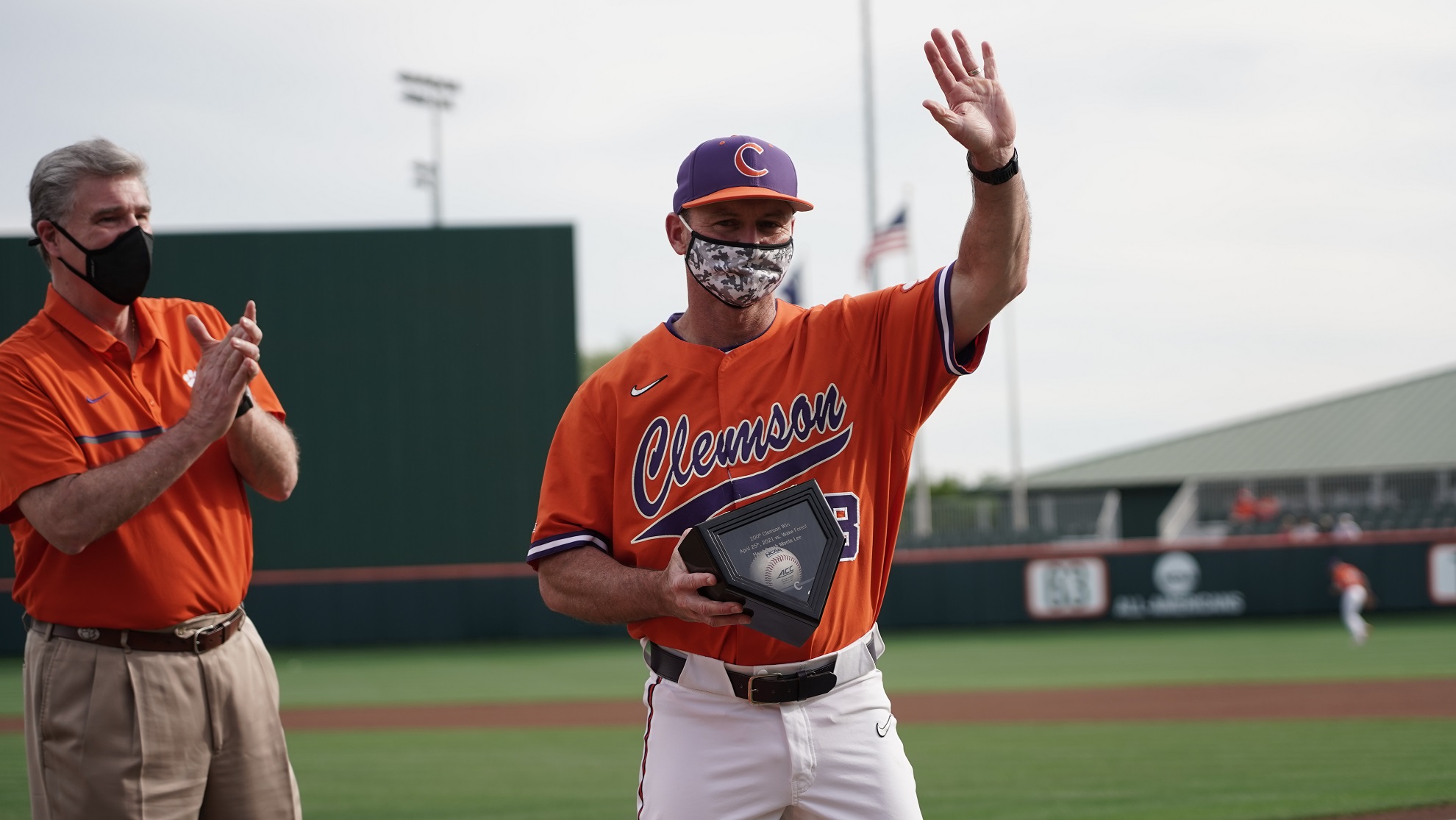 Monte Lee was honored before the game, as Dan Radakovich presented him with a baseball from his 200th win at Clemson last week. The Tigers have won 4 straight and will try to clinch the series on Saturday. Post-game interviews are below!
MORE CLEMSON BASEBALL, SOFTBALL, SOCCER, GOLF & FOOTBALL COVERAGE HERE