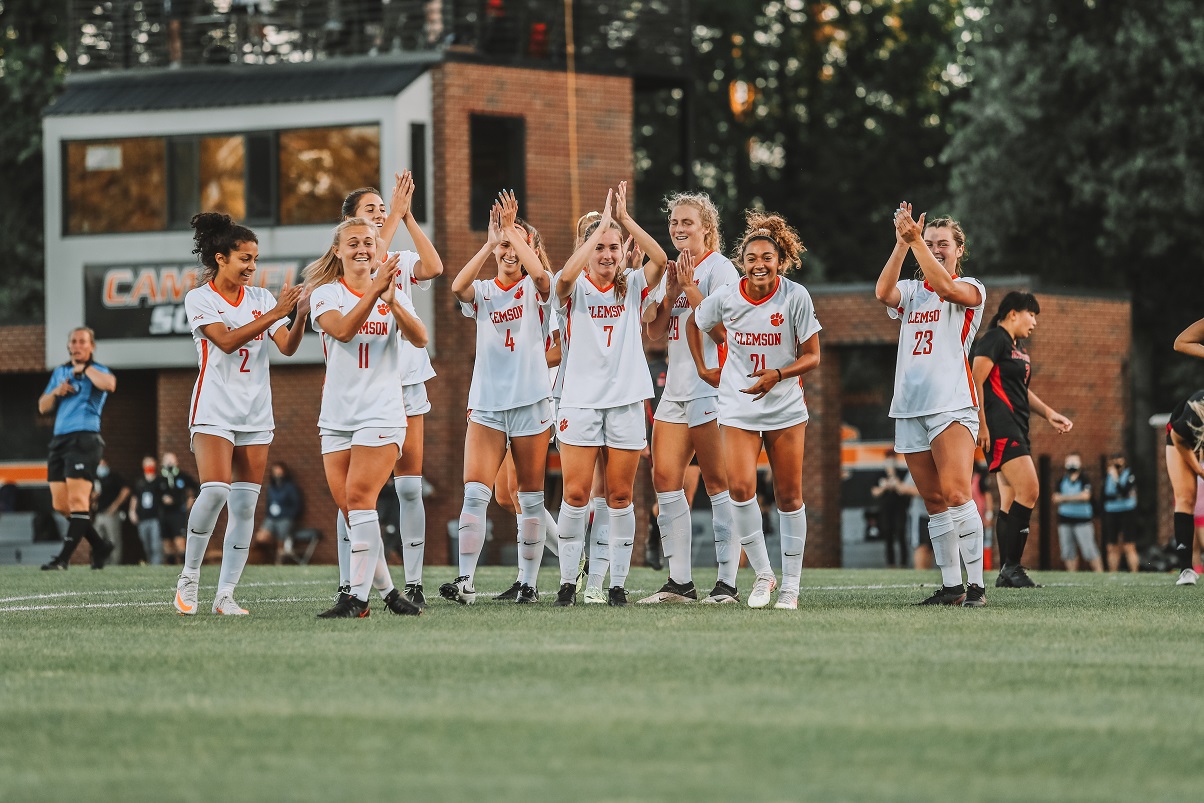 BUIES CREEK, N.C. - The sixth-ranked and No. 14-seeded Clemson’s women’s soccer team (12-4-1, 5-3-0 ACC) drew Rutgers (9-3-4, 6-2-3 B1G) 1-1 on Friday night. Clemson will advance to the Sweet Sixteen for the first time since the 2016 season after defeating Rutgers 5-3 on penalty kicks.
The Tigers converted each of their five attempts on penalties and sealed it when Samantha Meredith (Charleston, S.C./Wando) buried the fifth chance for Clemson. Hensley Hancuff (Edmond, Okla./Epic Charter School), who played the final 75 minutes of the match, made a sprawling save on a PK attempt from Rutgers’ Samantha Kroeger.
The Tigers used a strong opening stanza to pepper five shots, including three on goal. Maliah Morris (Germantown, Md./St. John’s College) put Clemson up 1-0 on an unassisted chance, walking it into the box and curling it far post for her sixth goal of the season.
Clemson’s backline kept Rutgers out of the net until the 85th minute when Allison Lowry tallied the equalizer on an assist from Emma Misal to force overtime. The next 20 minutes would go without a goal and the match would head to penalties.
The Tigers finished with 12 total shots, including four on goal in the contest. All three saves were made by Hancuff after Halle Mackiewicz (Broomfield, Colo./Legacy) played the opening 45 minutes without facing a shot.
The Tigers will face UCLA in the Third Round of action on Wednesday, May 5 with kickoff from WakeMed Field #4 in Cary, N.C. set for 6 p.m. The match marks the second-straight year that the Tigers and Bruins have faced off in the NCAA Tournament and fourth all-time meeting between the two sides, with three of those coming in the NCAA Tournament.
MORE CLEMSON BASEBALL, SOFTBALL, SOCCER, GOLF & FOOTBALL COVERAGE HERE