CLEMSON CRUSHES NO.4 LOUISVILLE 15-5 FOR HISTORIC SWEEP ON SENIOR DAY!

CLEMSON, SC - The Tigers celebrated Senior Day earlier than normal because they have a couple road series coming up, and their last home series is against Duke, which often shuts down its sports due to COVID. With Mat Clark on the mound, the Tigers fell behind 3-0 early after 3 solo HR's in the top of the 1st. However, the Tigers once again demonstrated their mental toughness, answering with 6 unanswered runs, including a 3-run HR by Davis Sharpe, who broke out of his slump on Saturday with an RBI and run scored. I asked Monte after Saturday's game how that game might have broken him out of his slump, and it appears to have done just that! Sharpe hit a walk-off HR against Wake last weekend, but had really struggled at the plate other than that until Saturday. On Friday, he was 0-5 with 3 K's. But he came through in a big way on Sunday, and the Tigers never looked back, beating the Cards 15-5 for the sweep. Caden Grice completed his monster weekend by reaching base all 6 times with 3 singles, a double, 2 walks and 2 more RBI's. He was a ridiculous 9-13 with 4 HR's, 2 walks and 12 RBI's in the best series performance you're likely to see all season, and he is squarely in the discussion for National Player of the Year. Clemson produced the first and only freshman National Player of the Year in Seth Beer 5 years ago. Could they possibly do it a second time with Grice? If he stays even close to this hot for the rest of the season, he has a great chance. His .358 average leads the team, and he's tied for 9th in the Power Five with 12 HR's. He is tied for the most HR's by any freshman. 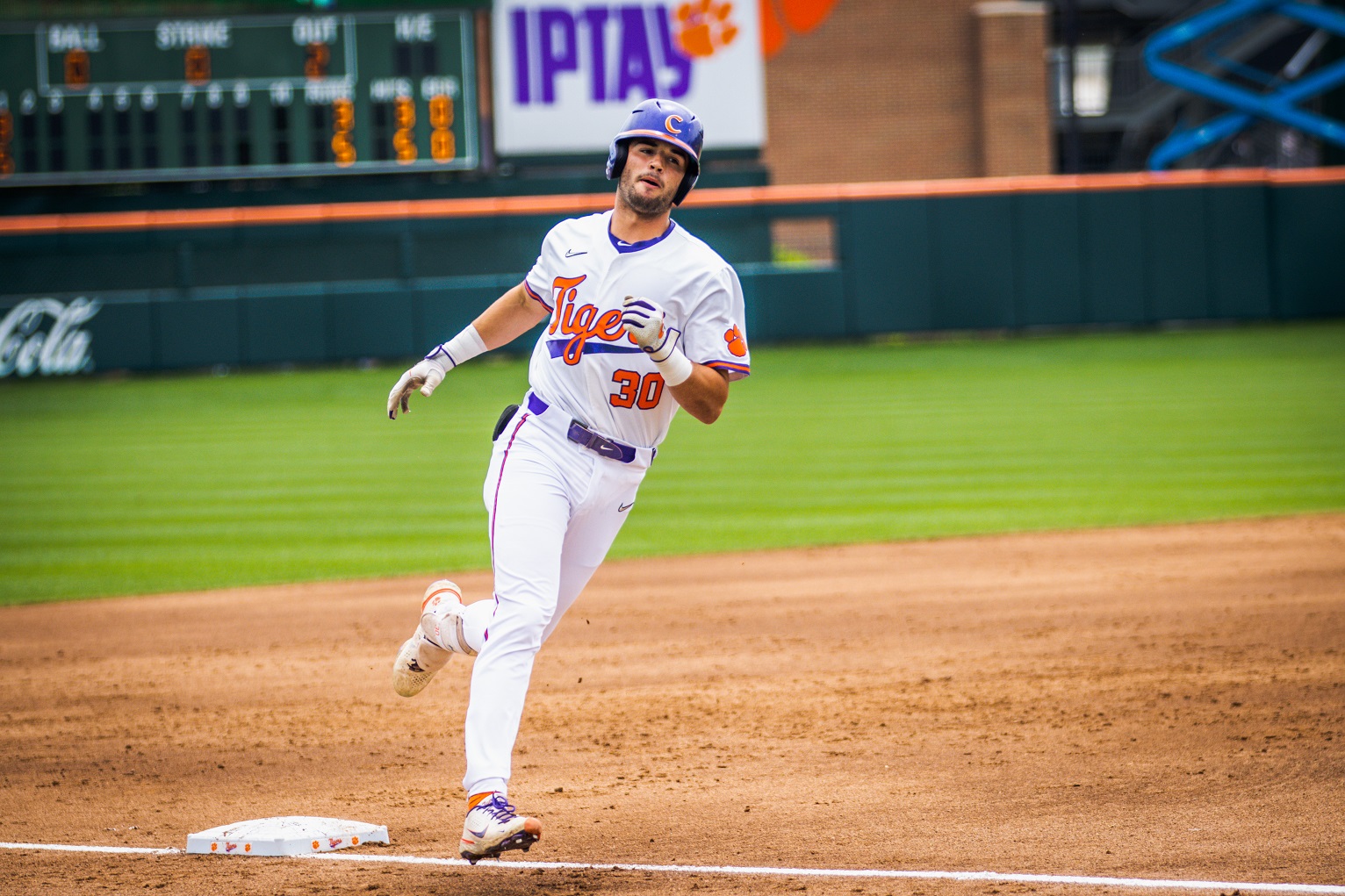 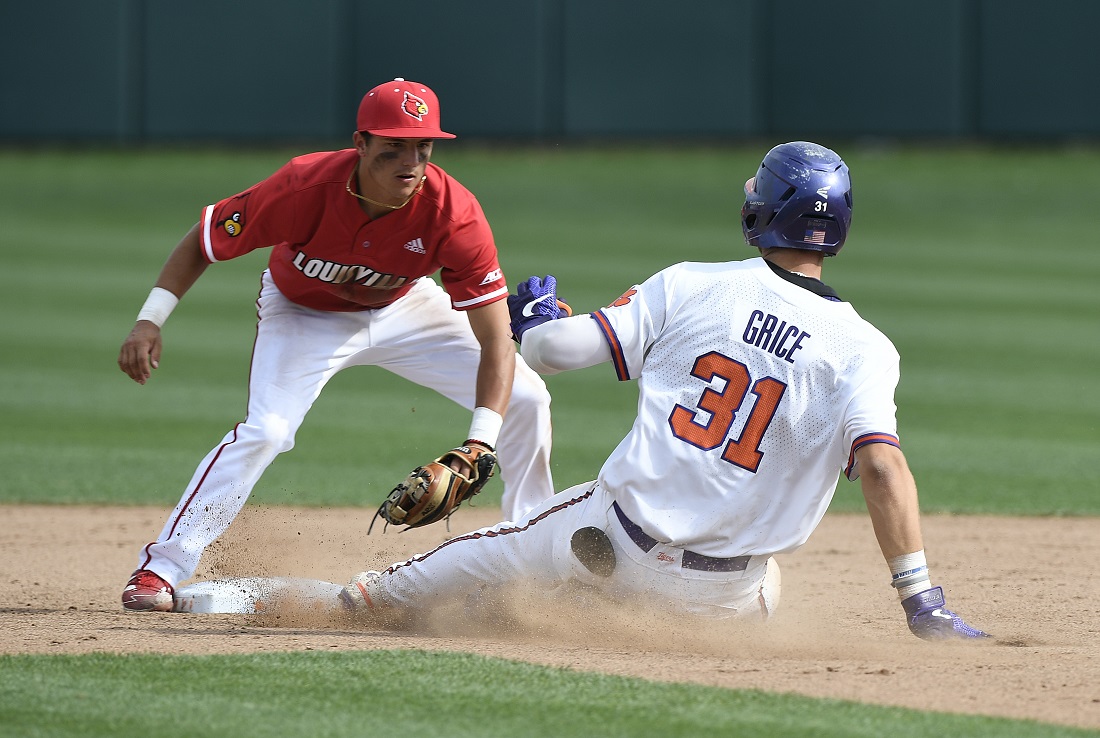 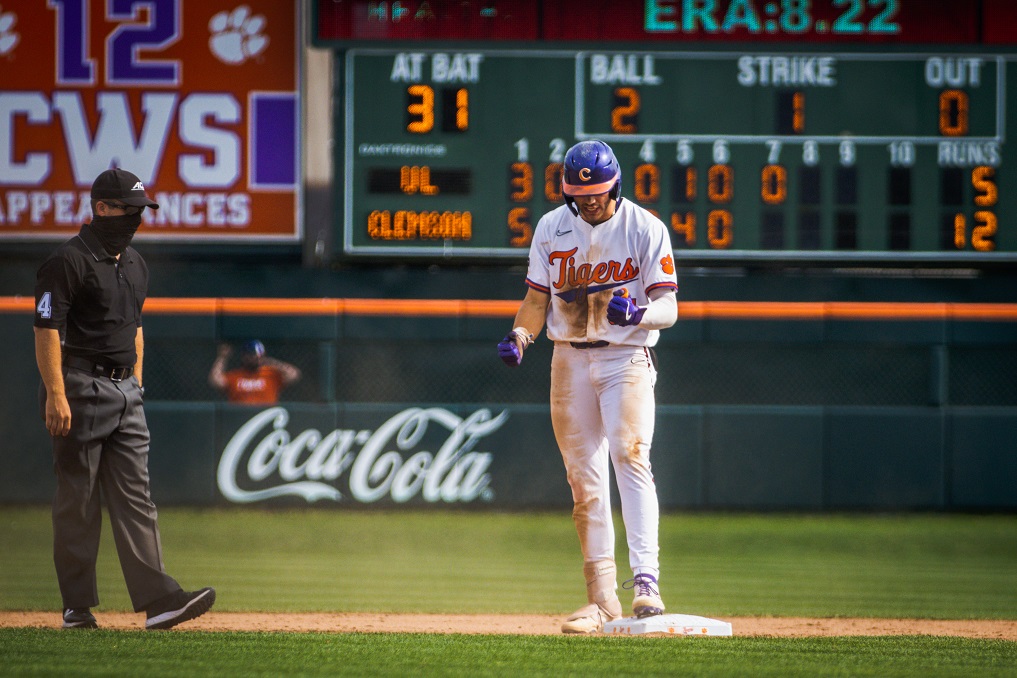 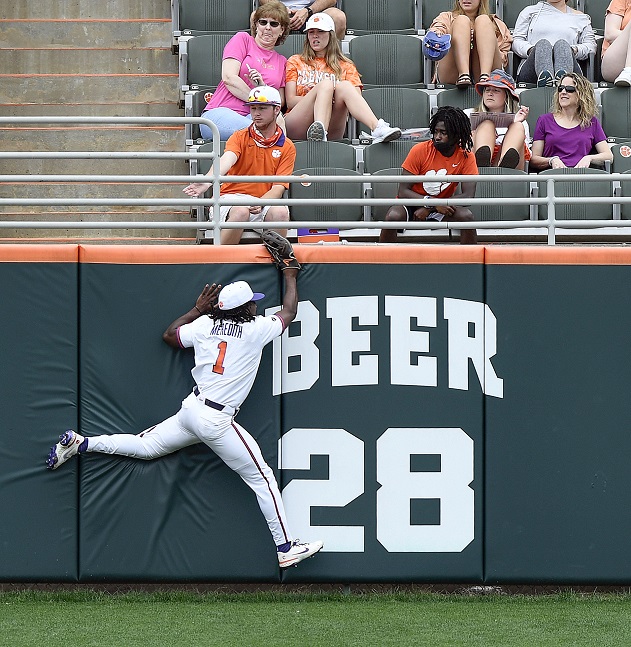 Sunday was the first time since joining the ACC that Louisville has been swept, and it was their first 3-game sweep since 2011! The Tigers have won 6 straight and look like a totally different team with big series at Tech and at FSU left before finishing with Duke at home. What a difference a week makes!
Post-game interviews are below!
MORE CLEMSON BASEBALL, SOFTBALL, SOCCER, GOLF & FOOTBALL COVERAGE HERE