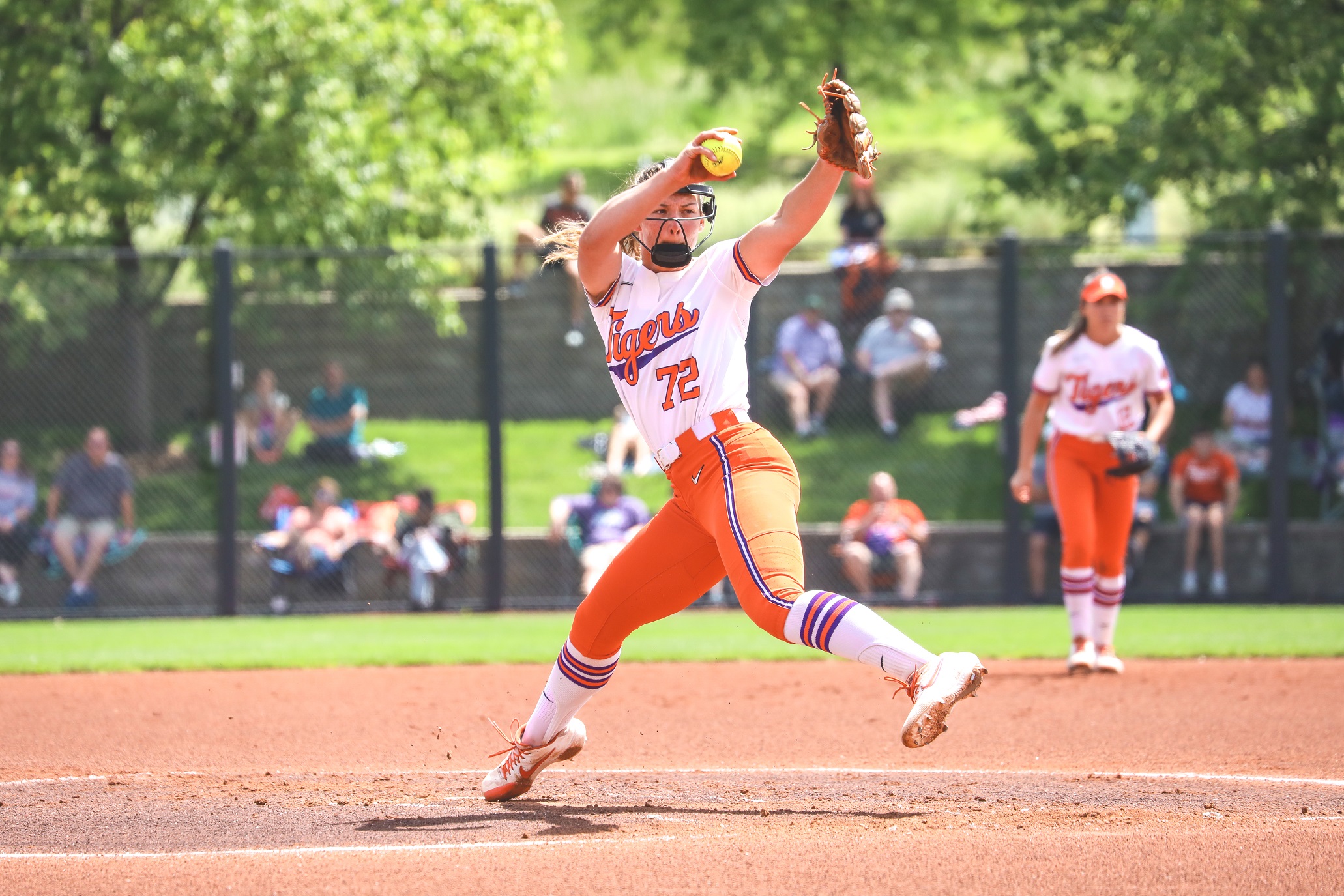 
CAGLE PITCHES 3RD STRAIGHT GEM, BUT NO.10 CLEMSON LOSES 1-0 HEARTBREAKER TO NO.21 DUKE IN ACC CHAMPIONSHIP

LOUISVILLE, KY - Oh so close! In a tremendous ACC Championship pitchers' duel between 3 of the nation's best, two lucky squibbers by Duke in the 6th inning were the difference in the game. National Player of the Year Finalist Valerie Cagle pitched her 3rd complete-game gem in as many days, striking out 13, just one shy of her total on Thursday. She did not allow a run through 19 innings over the 3 ACC Tournament games, but a weak foul on a 2-2 pitch that bounced foul and then landed dead on the fair side of the 1st base line led off the 6th inning for Duke. That leadoff batter would wind up scoring the game's only run, thanks to an equally weak grounder off the end of the bat to 3rd short. I don't know if I've ever seen a lone run in a championship scored in such a weak fashion, but it's a testament to the outstanding pitching by both teams. For the Tigers, of course, it was all Cagle in 21 innings of ACC Tournament play. Their other excellent starting pitchers, Millie Thompson and Regan Spencer, never set foot in the circle. Duke had a duo that shared the duty, so they were both more rested today than Cagle. Walters started for Duke on Thursday, took Friday off and started today. Their other ace, St. George, started yesterday against FSU and came in to close the last 2 innings today. In the end, Duke captured its first ACC Softball Tournament Trophy in its 4th year as a program.
It was painful for the Tigers to come so close to an ACC Championship in their very first full season, but they still had a magical run and won the regular season ACC Title. They are also sure to host an NCAA Regional, so there is plenty to be excited about for the Tigers. They might have earned a top-8 national seed if they had won today, but they will likely be just outside the top 8 now. The NCAA Selection Show is Sunday night on ESPN2, and the Tigers' seeding and Regional opponents will be revealed.
I'll have post-game interviews posted here shortly!
MORE CLEMSON SOFTBALL, BASEBALL AND FOOTBALL COVERAGE HERE