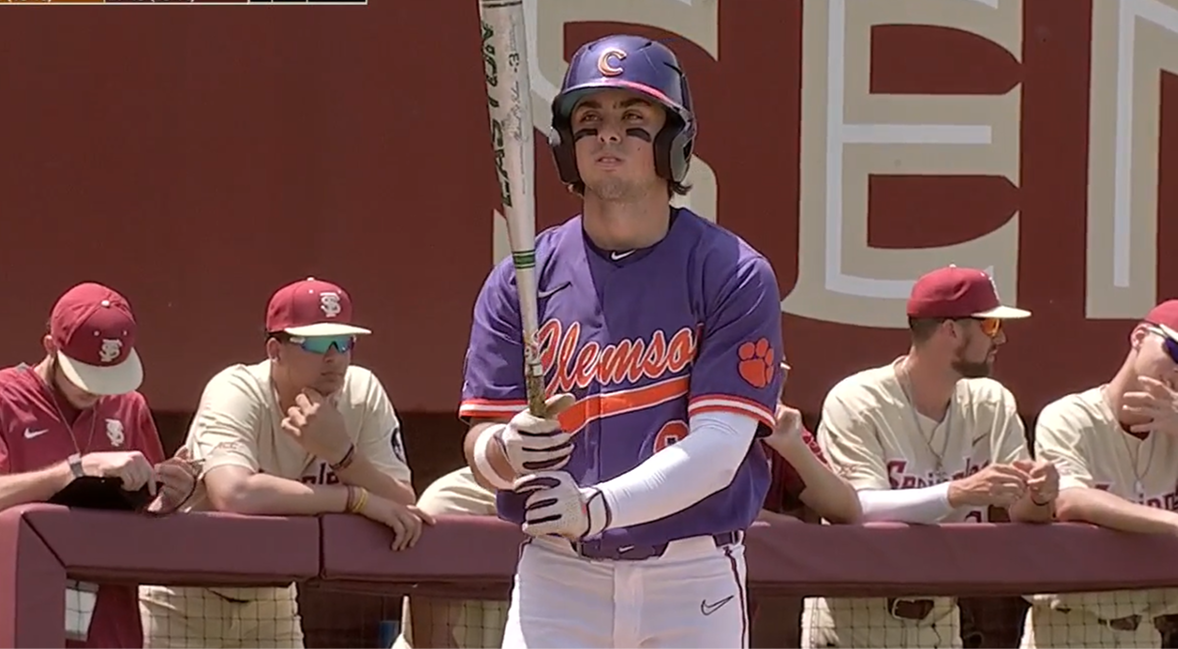 
WRIGHT NEARLY UNLIKELY HERO AS CLEMSON COMES WITHIN 5 OUTS OF WINNING SERIES AT NO.10 FSU

Photo by Trevor Groves CUTigers.com
TALLAHASSEE, FL - The Tigers needed an upset series win at No.10 FSU to bolster their NCAA resume, and they came within 5 outs of doing just that in the rubber match on Sunday. However, with one out in the 8th, Gilbert came in from the pen and gave up a squeeze play to tie the game 6-6. It looked like there was a play to be had at the plate, but Gilbert opted for running to 1st base. Instead of simply tagging the runner out right next to him, he tried to beat the runner to the bag, and was a half a step late. That would lead to 3 more runs in the inning, and the Tigers would fall 9-6. 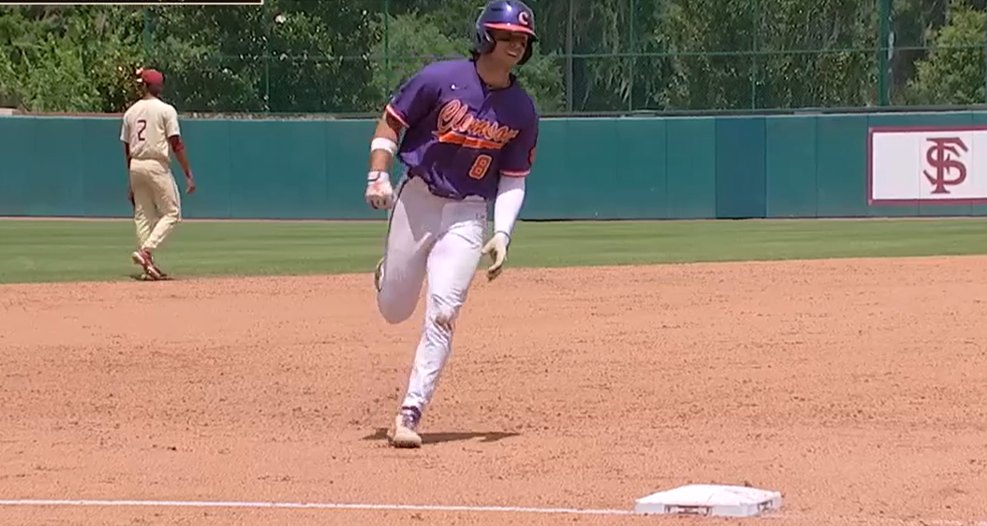 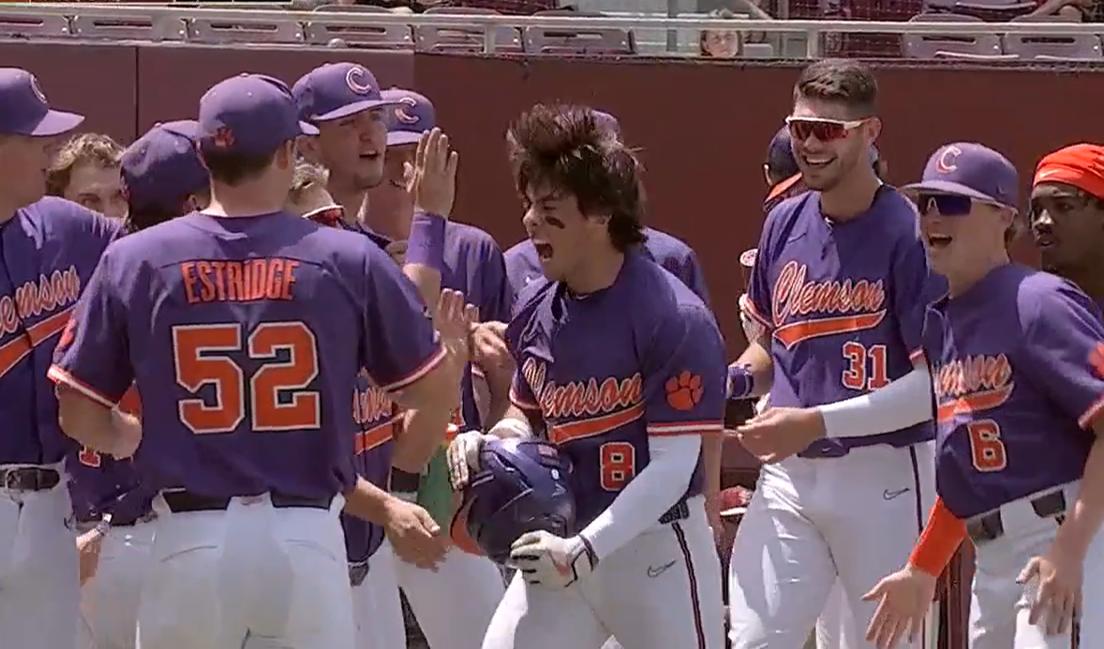 Freshman Florida native Blake Wright made his first start in over a month and would have been the hero, had the Tigers been able to hold onto the lead in the 8th. He had just 4 hits coming into the game but had a 2-out RBI single in the 1st and a clutch 2-out, 2-run HR in the 6th that put the Tigers ahead 6-5.
Clayton had a rough start, allowing 6 hits and 5 runs in 2.2 innings, and Hoffmann earned the loss in 4.1 innings of relief. After Clayton issued a 2-out walk on full count and a single, Parker made an error on a routine grounder to load the bases in the 3rd. Hoffmann came in, having issued only 2 walks all season, and walked in 2 runs to put FSU ahead 5-4. Monte Lee was ejected from the game after arguing one of the ball 4 calls. After that, Hoffmann pitched reasonably well, but mistakes in the 3rd and 8th innings ultimately cost the Tigers the game and the series.
The Tigers will host Duke next weekend to wrap up the regular season and then head to Charlotte for the ACC Tournament. They likely need to at least win the Duke series to keep their NCAA hopes alive.
MORE CLEMSON BASEBALL, SOFTBALL AND FOOTBALL COVERAGE HERE