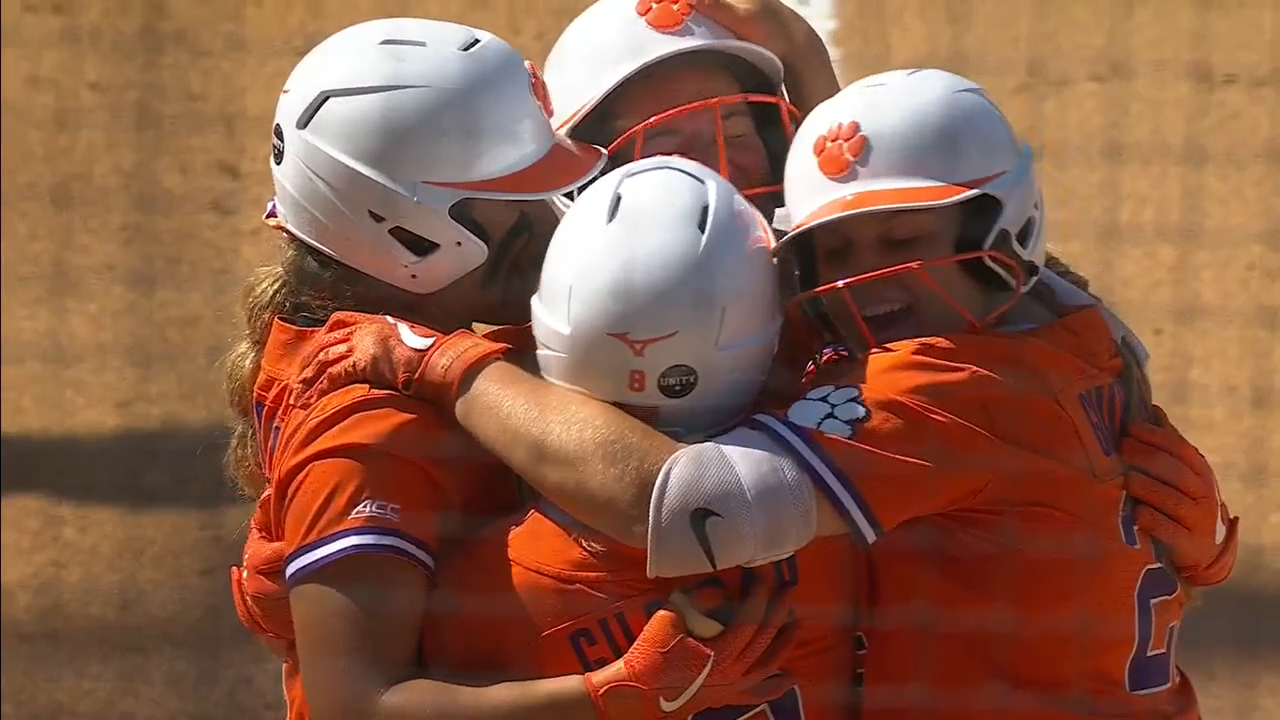 TUSCALOOSA, AL - Well, I guess the Tigers had a chip on their shoulder after being robbed of their rightful regional host site by the NCAA Selection Committee! Right out of the gate, Logoleo belted a 2-out, 3-run HR in the 1st to put the Tigers up 3-0. Valerie Cagle showed why, despite her omission as a top-3 National Player of the Year Finalist, she is in fact, the best player in the nation, bar none. She struck out 10 and allowed one hit in 4 innings pitched, and she hit a pair of 2-run HR's with a walk at the plate! I'm sorry, but anyone who thinks Cagle is not the nation's best player doesn't have a clue what he/she is talking about. Is she the best hitter? Perhaps not. Is she the best pitcher? Possibly, but perhaps not. However, she is one of the best at both, and there isn't a player even close to as valuable as she is as a total package. There are just 2 Power Five players with a better ERA, just 4 with more K's, 8 with more HR's and 13 with a better batting average. No player has put up pitching and hitting numbers like hers in over a decade, and it's laughable that she is not going to win the award for National Player of the Year. If those who vote on the award had any brains in their heads, Cagle would be the Tigers' second freshman National Player of the Year. Seth Beer became the only freshman ever to win that award in baseball back in 2016. 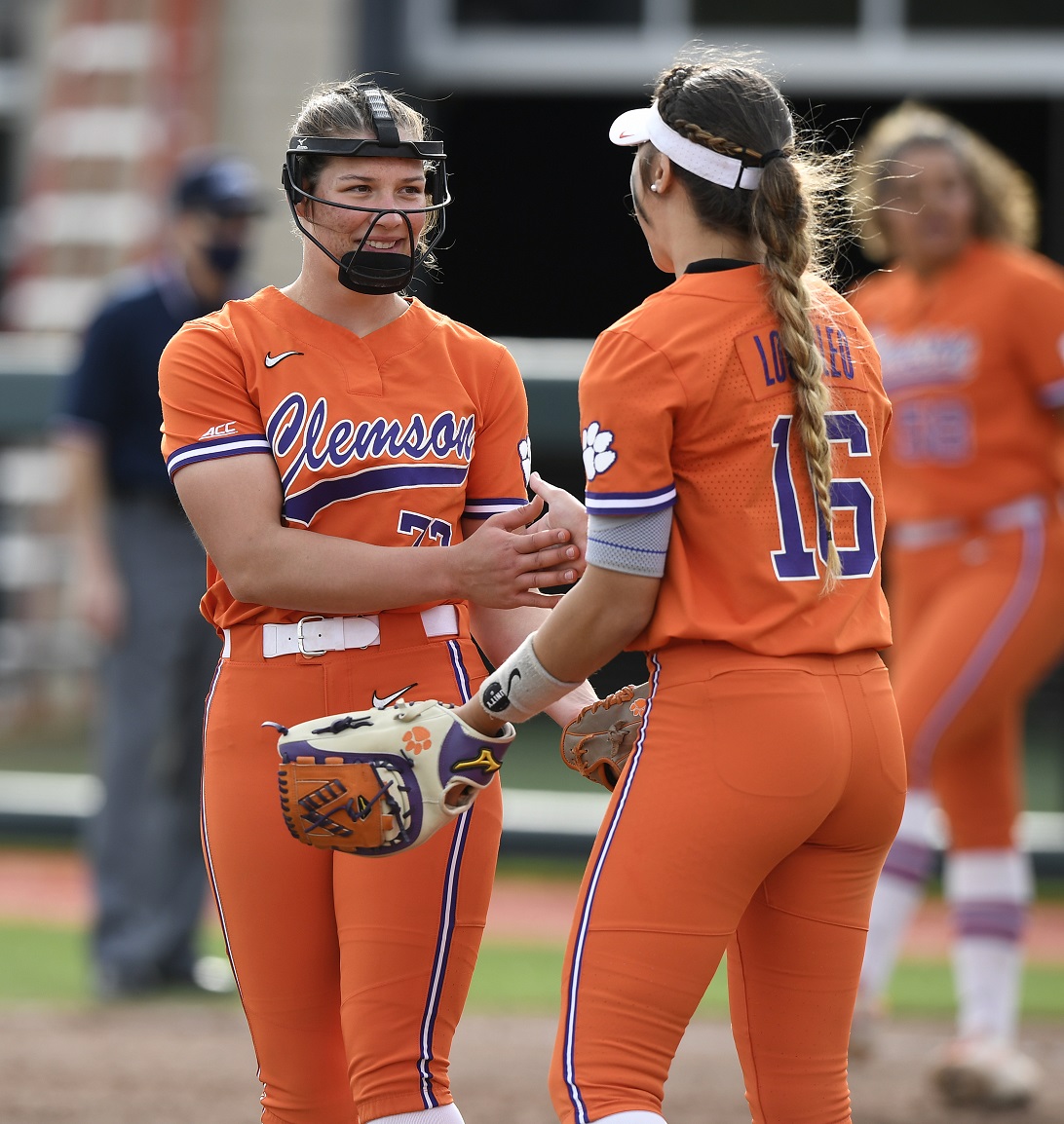 Be that as it may, Cagle put on a show in Tuscaloosa today with her 16th and 17th HR's of the season. She has 13 HR's while pitching this season. The Tigers had 4 HR's in the game, as Guimbarda followed Cagle's first HR with her 13th of the season. Freshman Millie Thompson, the Tigers' other ace pitcher behind Cagle, pitched the 5th inning in her first outing since the Syracuse series to end the regular season. 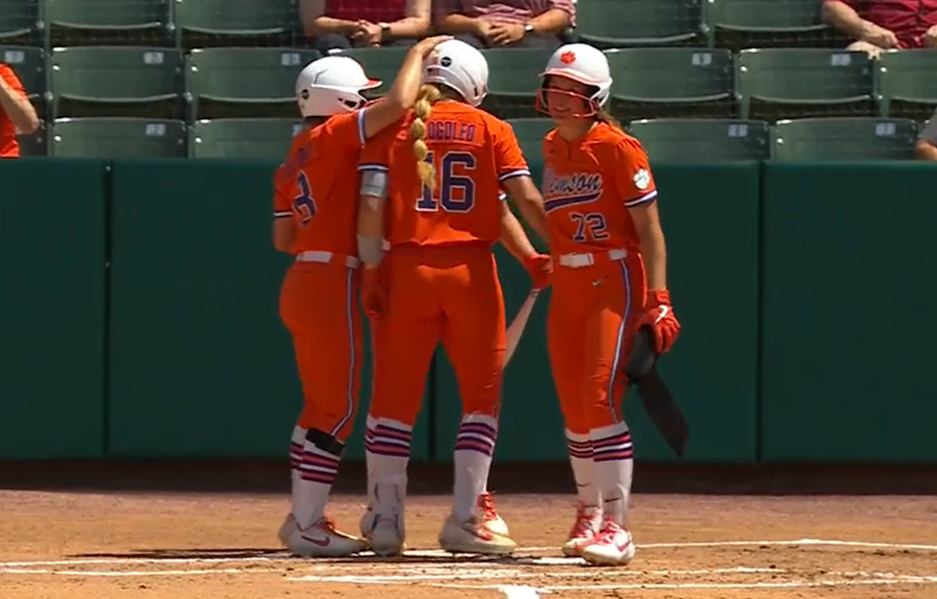 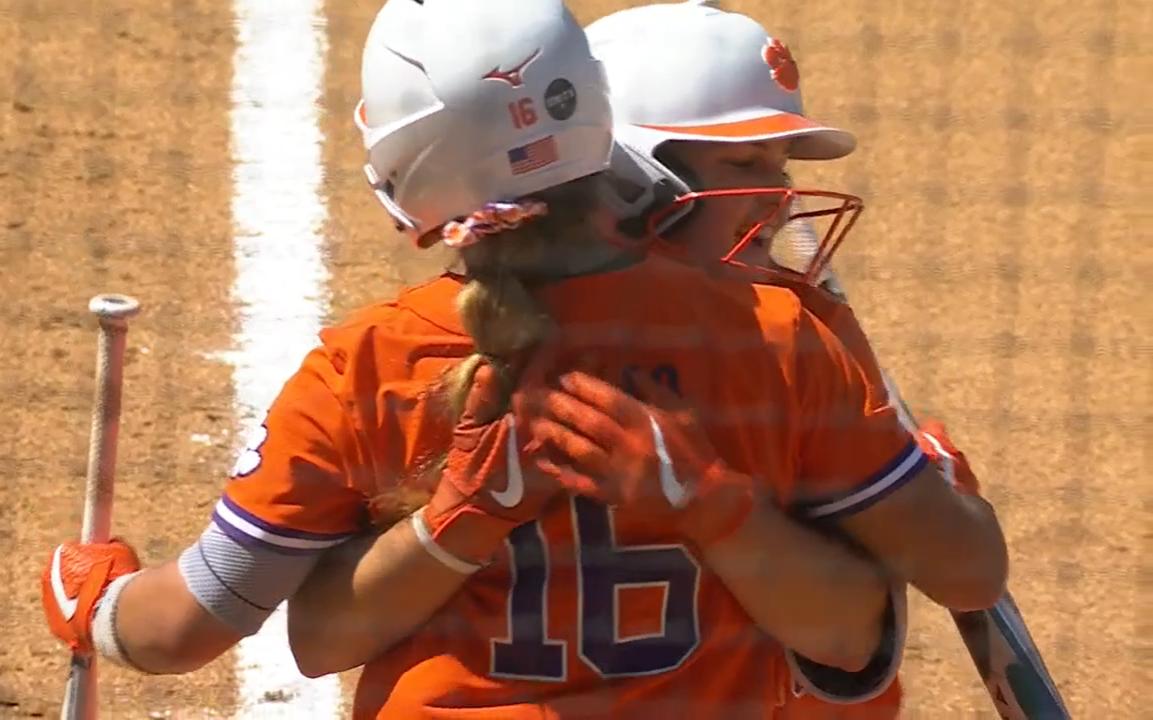 Rittman and the Tigers could not have hoped for a better start to the tournament. The offense got going early after being shut out in the ACC Championship by Duke, and Cagle was able to establish her dominance in the circle while only going 4 innings. That means she can easily pitch the next two games! They await the winner of host No.3 Alabama and Alabama State, which they will play on Saturday at noon ET. If the Tide win as expected, and Cagle can beat them on Saturday, they will have an enormous advantage. On the other hand, if Bama were to be upset by State, that would give Rittman some options as well, but I think he would likely start Cagle on Saturday to get the all-important 2-0 start. The loser on Saturday would have to beat the winner of the loser's bracket at 5:00 on Saturday, then beat the winner of the winner's bracket twice on Sunday. So Saturday's noon game is huge! Assuming the Tigers' opponent will be No.3 Alabama, you can expect a pitchers' duel between SEC Tournament MVP Montana Fouts, who rested today, and Valerie Cagle. The Tigers' team ERA is 6th nationally and 3rd in the Power Five, but Alabama is not far behind at 11th nationally.
Post-game interviews with Rittman and Logoleo are below, and click the link for live updates on Saturday!
UPDATE: Bama beat Alabama State, as expected, so the Tigers and Tide will clash at noon ET on ESPN2! Alabama has won an NCAA-record 41 straight regional games, dating back to 2007. Yet another reason the Tigers were screwed over by the NCAA Selection Committee. The No.30 team should have been the No.2 seed in the Alabama Regional, not the No.10 team Clemson! 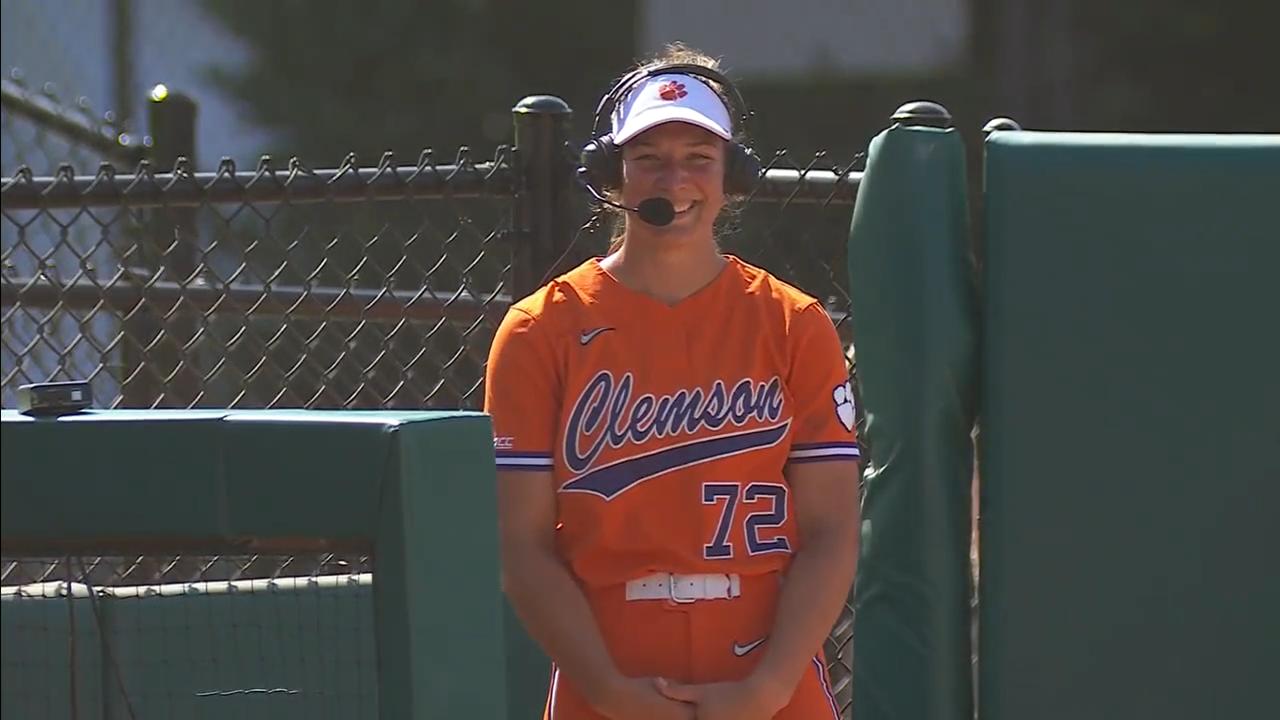