CLEMSON BASEBALL ENDS SEASON ON POSITIVE NOTE WITH 11-5 WIN OVER NO.17 GT IN ACC TOURNAMENT

Photo by Trevor Groves CUTigers.com
CHARLOTTE, NC - Monte Lee thanked the Clemson fans moments ago after an 11-5 win over No.2 seed Georgia Tech to finish the season. Unfortunately, the Tigers had already been eliminated from the ACC Tournament by virtue of Tuesday's 15-10 loss to Louisville, but the Tigers ended on a positive note, scoring 11 unanswered runs after falling behind 3-0. Teo was 5-8 w/ 2 HR's, 2 triples & 7 RBI's in 2 games, Hack was 5-9 w/ 2 HR's & 6 RBI's! Davis Sharpe improved to 4-1, allowing 2 earned runs in 7 innings with 8 K's. 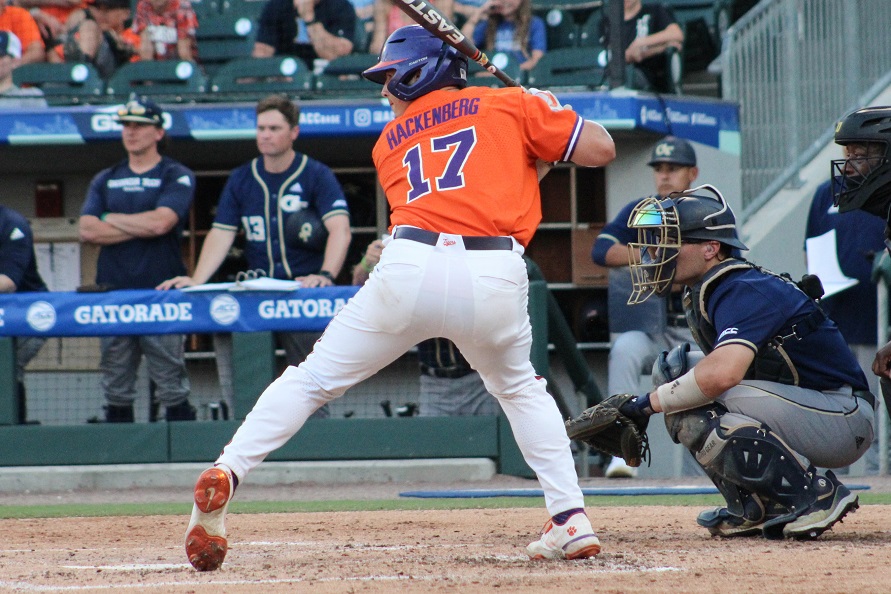 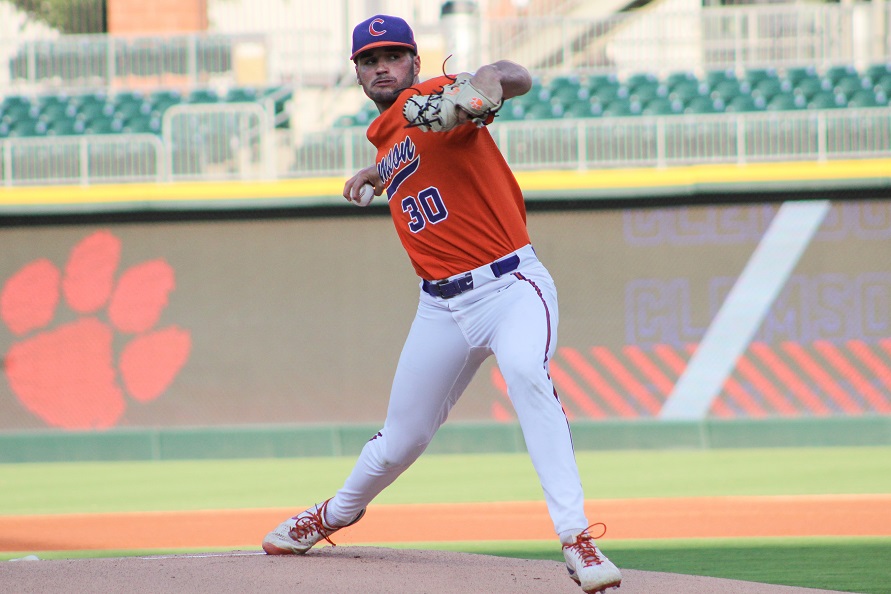 Although Tech can still advance to the ACC Semifinal with a win tomorrow over Louisville, Tech still had plenty to play for tonight because they are vying for a top-16 seed in the NCAA Tournament and a host site for the Regional. The Tigers now have a 2-game lead in the all-time series with Tech.
Monte Lee will miss the NCAA Tourney for the first time in his Clemson tenure, but he has back-to-back top-10 recruiting classes coming in and a ton returning, including Freshman All-American Caden Grice. Just about every player on the roster has eligibility left, thanks to COVID, and with a 20-round MLB Draft in July this year, there will be a lot of players on the borderline of leaving and returning to Clemson, so Monte will have to sort all of that out.
Post-game interviews are below!
MORE CLEMSON SOFTBALL, BASEBALL AND FOOTBALL COVERAGE HERE