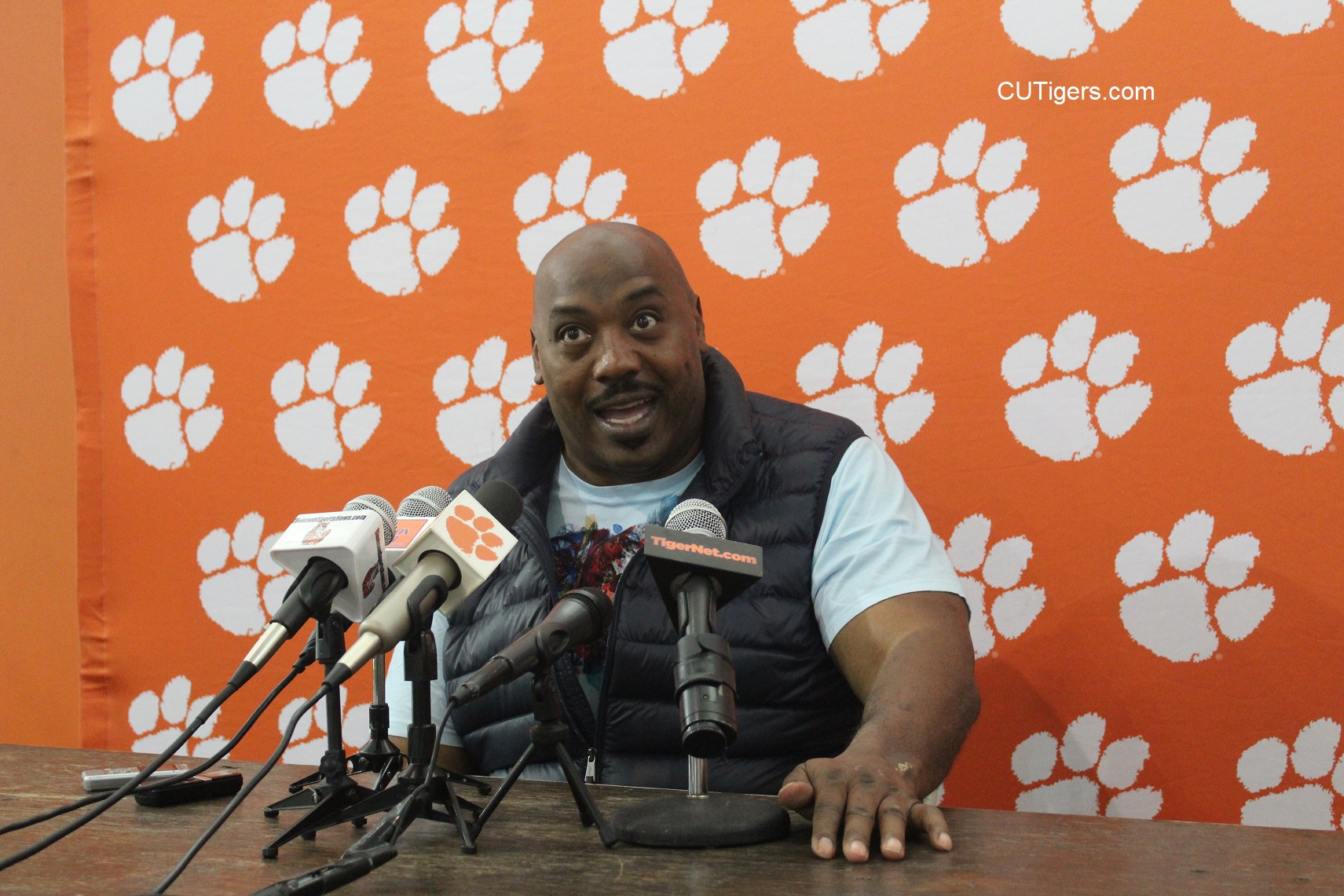 CLEMSON, SC - It's my birthday today, and I celebrated by interviewing some Clemson legends before Wayne Buckingham's golf tournament to benefit Brian Mance. It's the second annual event in which Clemson legends have gotten together to benefit a former Tiger with medical needs. Last year's inaugural event benefitted former Clemson basketball star and NBA first-rounder Sharone Wright, and this year it's former All-American DB Brian Mance, who has a rare central nervous system and immune system disease that has left him in a wheelchair. What a great show of support by the Clemson Family!
I talked to Homer Jordan, Cliff Ellis, Terrell McIntyre, Harold Jamison and the organizer, Wayne Buckingham. Some others playing golf were Perry Tuttle, Tree Rollins, Elden Campbell, Dale Davis, Chris Whitney, Tajh Boyd and Tye Hill.  We were told that we would get to talk to those as well as Danny Ford and Levon Kirkland, but they weren't there this morning. Hopefully I'll get to interview Ford and Kirkland when we get Brian Mance at 2:30. In the meantime, I'll have the rest of the interviews posted shortly!
MORE CLEMSON SOFTBALL, BASEBALL AND FOOTBALL COVERAGE HERE