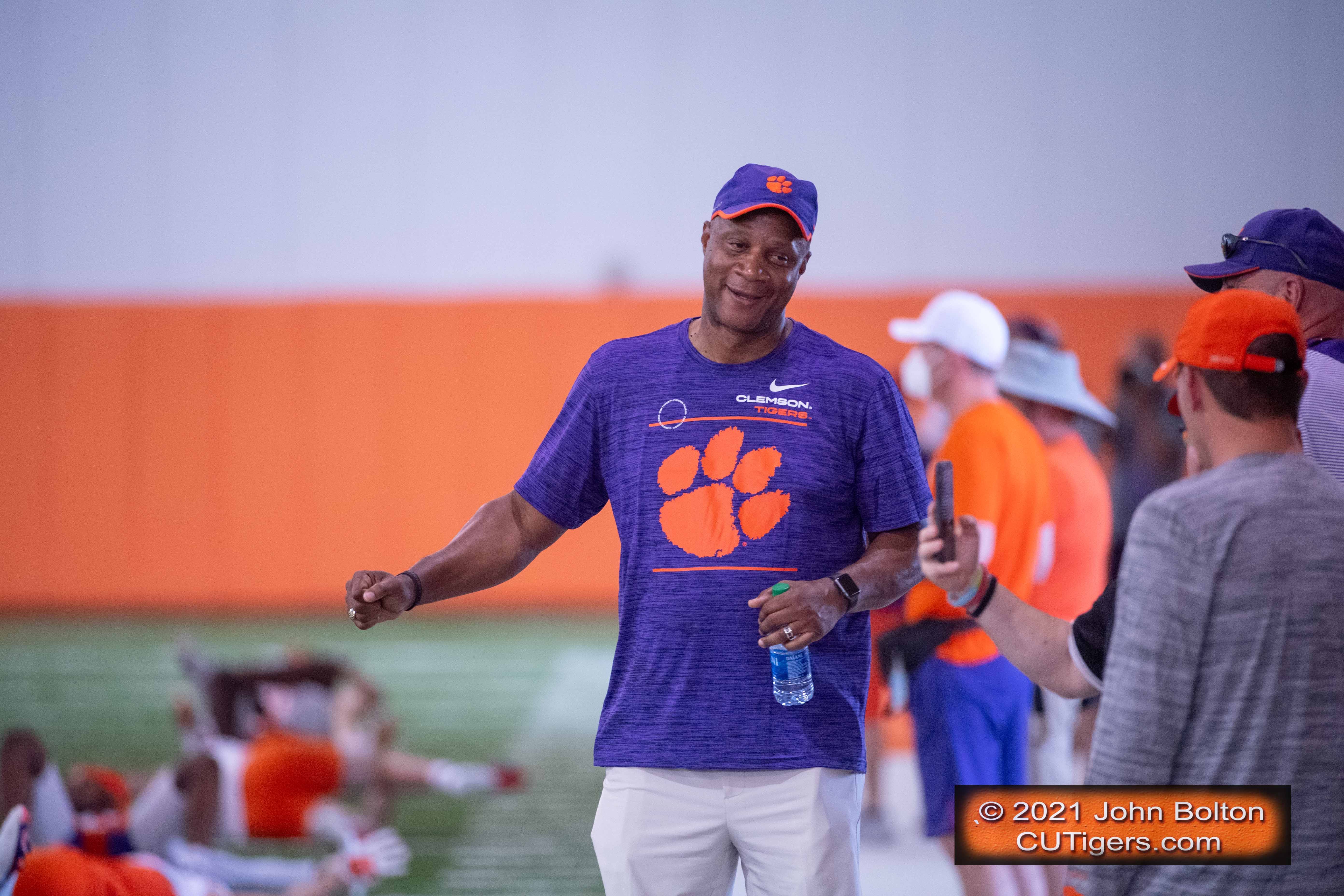 Photo by John Bolton
Baseball great Darryl Strawberry of Mets and Yankees fame was Dabo's guest at practice today! NBA Hall of Famer Charles Barkley was also at practice, probably still bitter about Auburn's 40-point loss to Clemson in the NCAA Tourney a few years ago. I know Tony Elliott was a huge Darryl Strawberry fan as a youngster in California, and Tony is a big baseball fan in general. I see him regularly at Doug Kingsmore watching the Tigers play.
Dabo told us after practice that RB Michel Dukes is not on the 110-man roster for camp but will join the team later. Honestly, I've been waiting to see his name pop up in the transfer portal since the spring. In fact, when Chez Mellusi transferred, I was surprised it was him and not Dukes. There is so much competition on this team at the running back position, and Dukes has probably been passed on the depth chart by both Shipley and Mafah at this point, which would put Dukes at 5th or 6th. For now, Dabo says he'll be back with the team though.
I'll have more photos from practice in a bit, and our interviews with Dabo, DJ and Bresee are below!
MORE CLEMSON FOOTBALL COVERAGE HERE