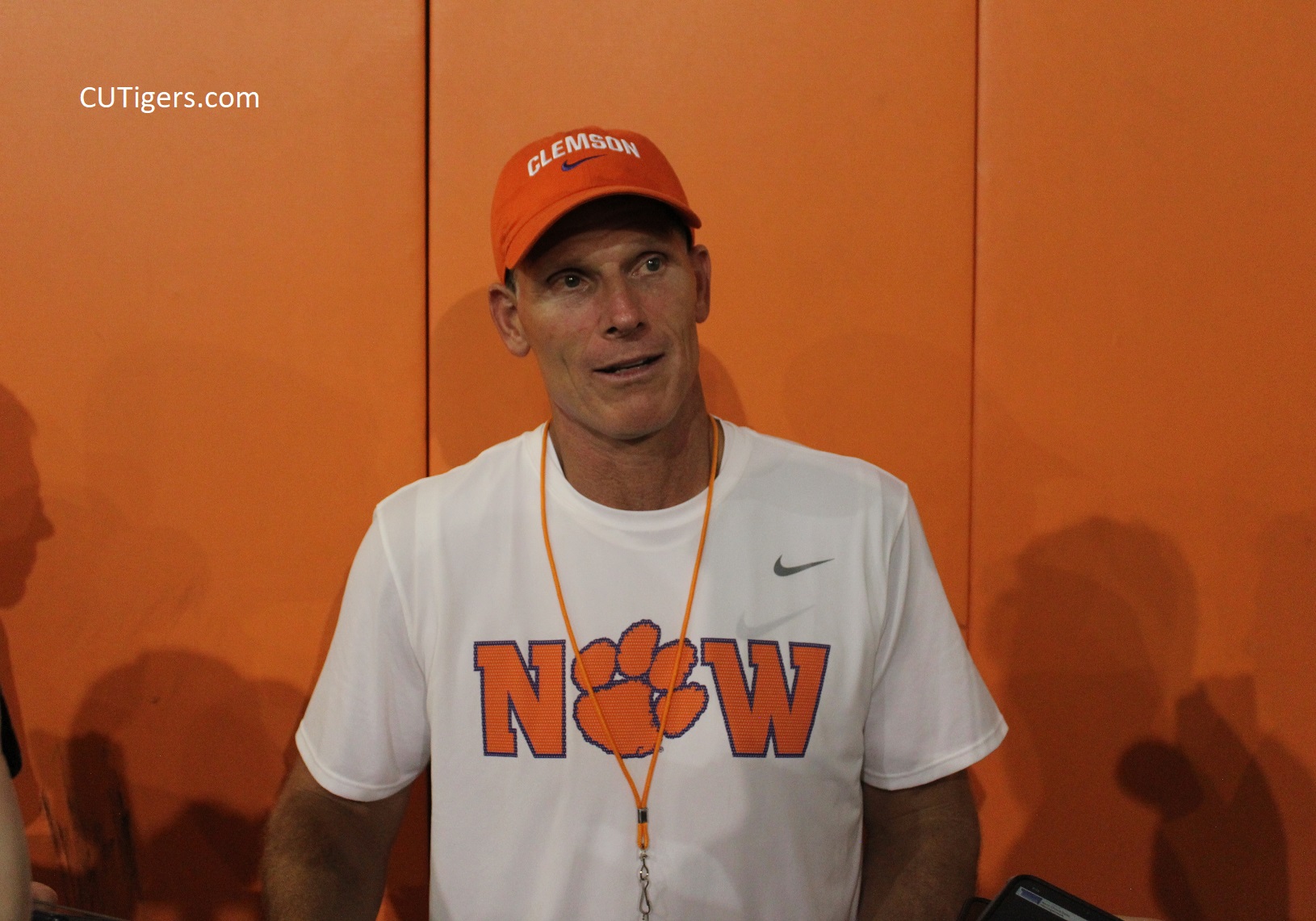 The Tigers got lucky with the weather again on Tuesday. A monsoon hit Clemson about 10 minutes after practice concluded, and it continued to rain hard for about an hour. On Saturday, it rained before practice, but it cleared up and they were able to practice outside. During the monsoon on Tuesday night, we spoke with Venables and Elliott for the first time during camp as well as Ajou Ajou, the Canadian sophomore who is an athletic freak and should have a breakout season. Venables told me that Justin Foster did a good job with his off-season conditioning and should be ready to contribute and provide depth at defensive end come September. Elliott talked about getting to meet his childhood hero Darryl Strawberry on Monday and told me what he thought about his tight ends, including freshman Jake Briningstool and Luke Price, who is back from his torn ACL. Ajou is just a fun guy to talk to. The full interviews are below!
MORE CLEMSON FOOTBALL COVERAGE HERE