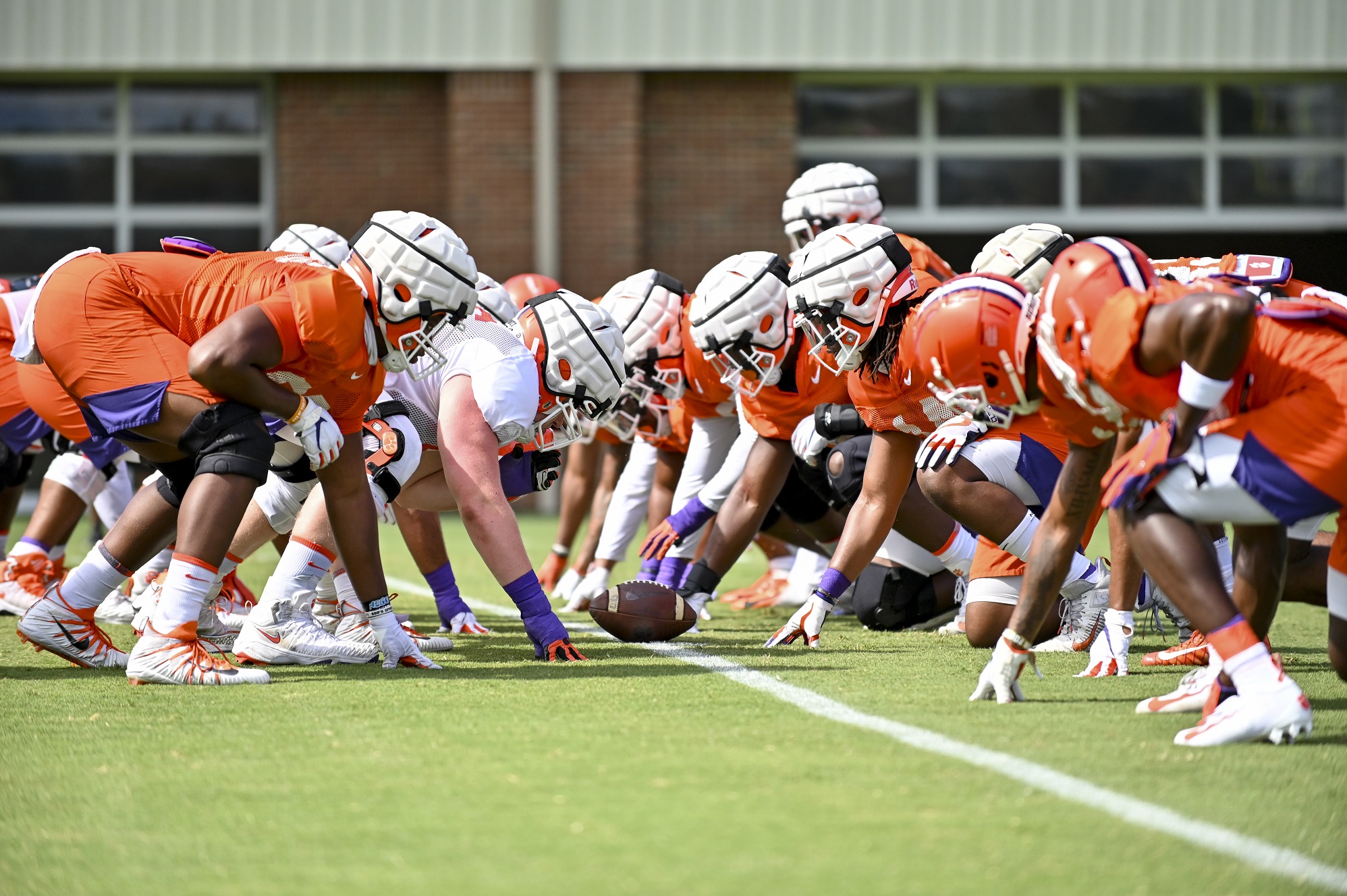 A source who was at the scrimmage on Thursday told me that the defense dominated once again, but this time Dabo had the 2's on D go against DJ and the one's on offense. And still the defense had the upper hand! In fact, the offense didn't score a single touchdown. They moved the ball but had to settle for field goals. I don't think that's cause for concern about the offense, either. I think that just illustrates how great and deep this defense is. The offense will be just fine. There were a few drops by the receivers, and Dabo got on one of them about not picking up his block on a screen, but they cleaned up the procedural mistakes and penalties that they made in the first scrimmage. One of the drops was by freshman Beaux Collins in the corner of the end zone on a nice pass by Hunter Helms. There was also a drop by EJ Williams in the end zone on a pass from DJ. Shipley had a nice 50-yard TD run that was called back, but his speed in the open field is still impressive. No one is gonna catch him from behind! Pace had a few nice runs as well. As I said last week, it seems pretty certain that Dixon will be the third back in the pecking order behind Pace and Shipley.
Finally, Dabo said that he didn't think anyone was seriously injury, but it looked like Braden Galloway and starting OT Walker Parks were banged up, so we'll have to keep an eye on them. Keep it right here for more!
MORE CLEMSON FOOTBALL COVERAGE HERE